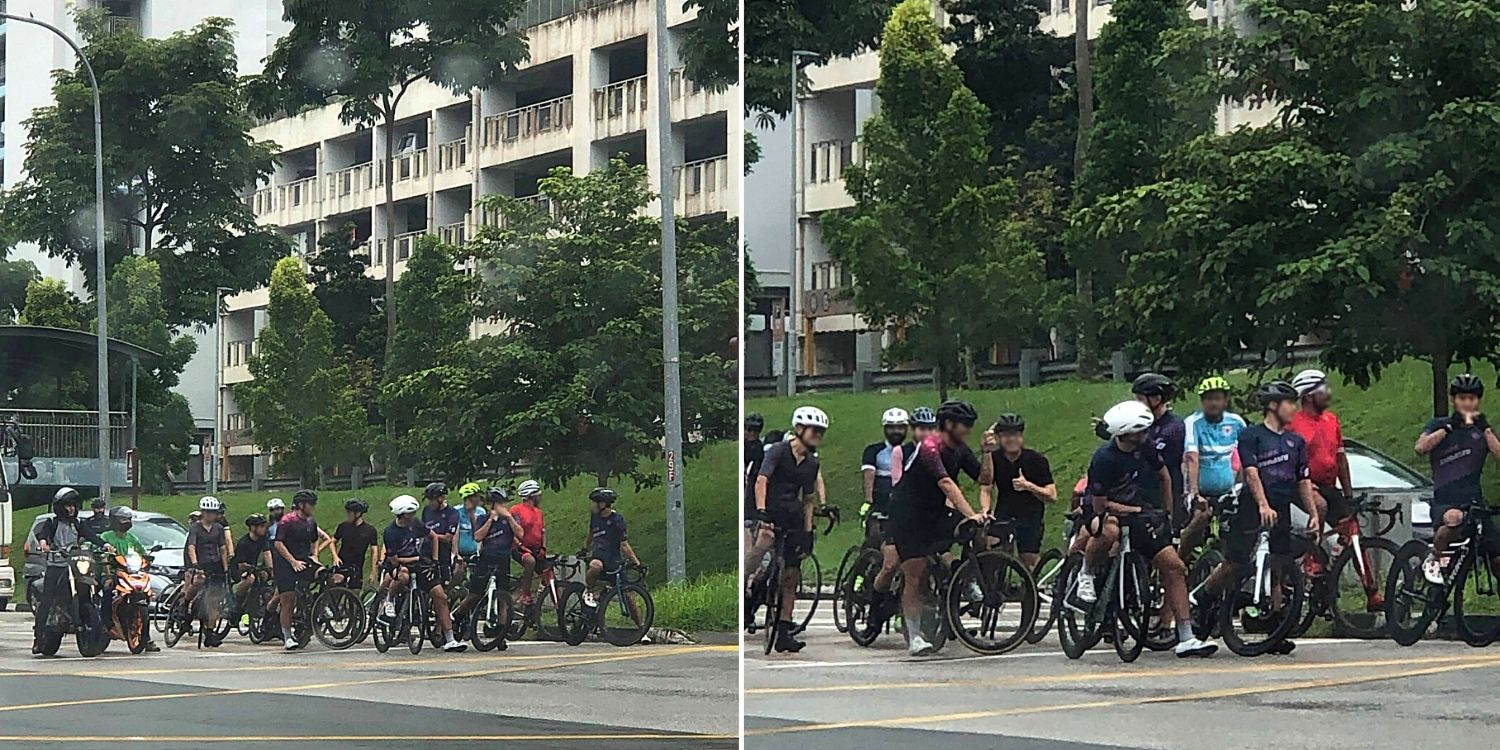 They were talking amongst themselves and even consuming food.

Cycling has gained popularity over the course of the pandemic, as more people seek ways to stay healthy while navigating Covid-19 restrictions.

On Saturday (19 Jun) morning, however, a group of more than 10 cyclists were allegedly photographed along Woodlands Road. The large group of cyclists appear to be maskless and can be seen chatting with each other as they stopped at the traffic light.

Cyclists chat at traffic light without masks on

According to the ROADS.sg Facebook post, a large group of cyclists were allegedly spotted along Woodlands Road chatting with one another on Saturday morning (19 Jun).

The large group of cyclists were huddled quite closely while conversing and consuming food. 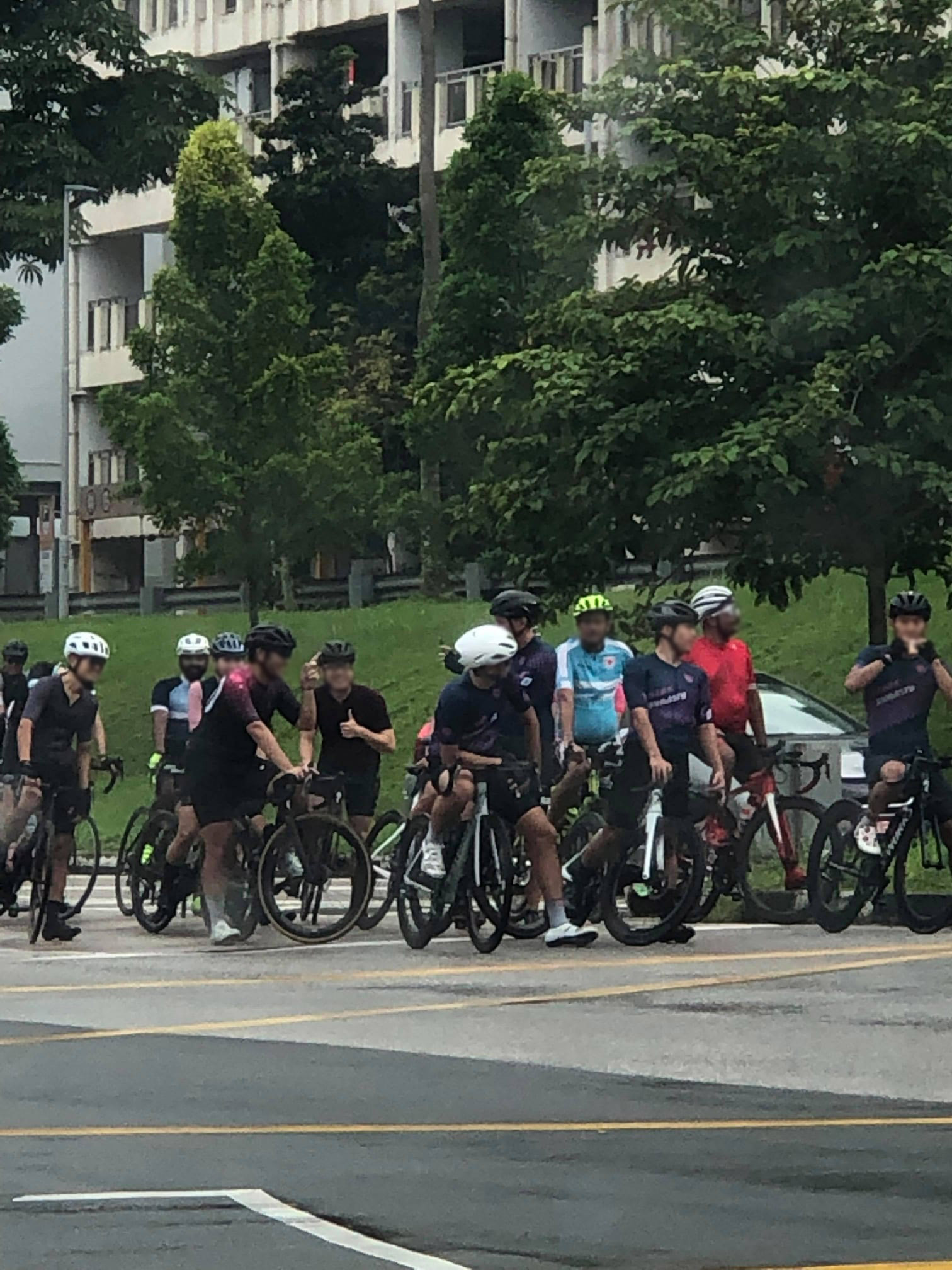 They were also speaking and interacting with one another while waiting for the traffic lights to turn green.

With the recent spate of cyclists failing to comply with road rules, many netizens have expressed their disappointment at yet another group of errant cyclists.

One user speculated that these cyclists might simply not be aware of the rules.

Another Facebook user shared that a cycling ban was enforced during MCO due to similarly errant riders in Malaysia.

According to the Singapore Cycling Federation, cyclists are allowed to ride in groups of up to 5 persons.

However, a 2- and 3-metre physical distance needs to be observed between individuals and different groups respectively.

Intermingling between groups before, during, and after the ride is also not allowed.

MS News has contacted the Ministry of Sustainability and the Environment (MSE) for a statement on the matter.

Seeing such a large group of cyclist in such close proximity with each other is certainly worrying, especially given our nation’s precarious Covid-19 situation.

Everyone has a part to play in our war against Covid-19. Though we can be deligient in keeping to the safety measures, it’s equally important to advise errant folks to follow the rules.

After all, we should be the first line of defence when it comes to matters such as these and a well-meaning reminder would solve most issues.