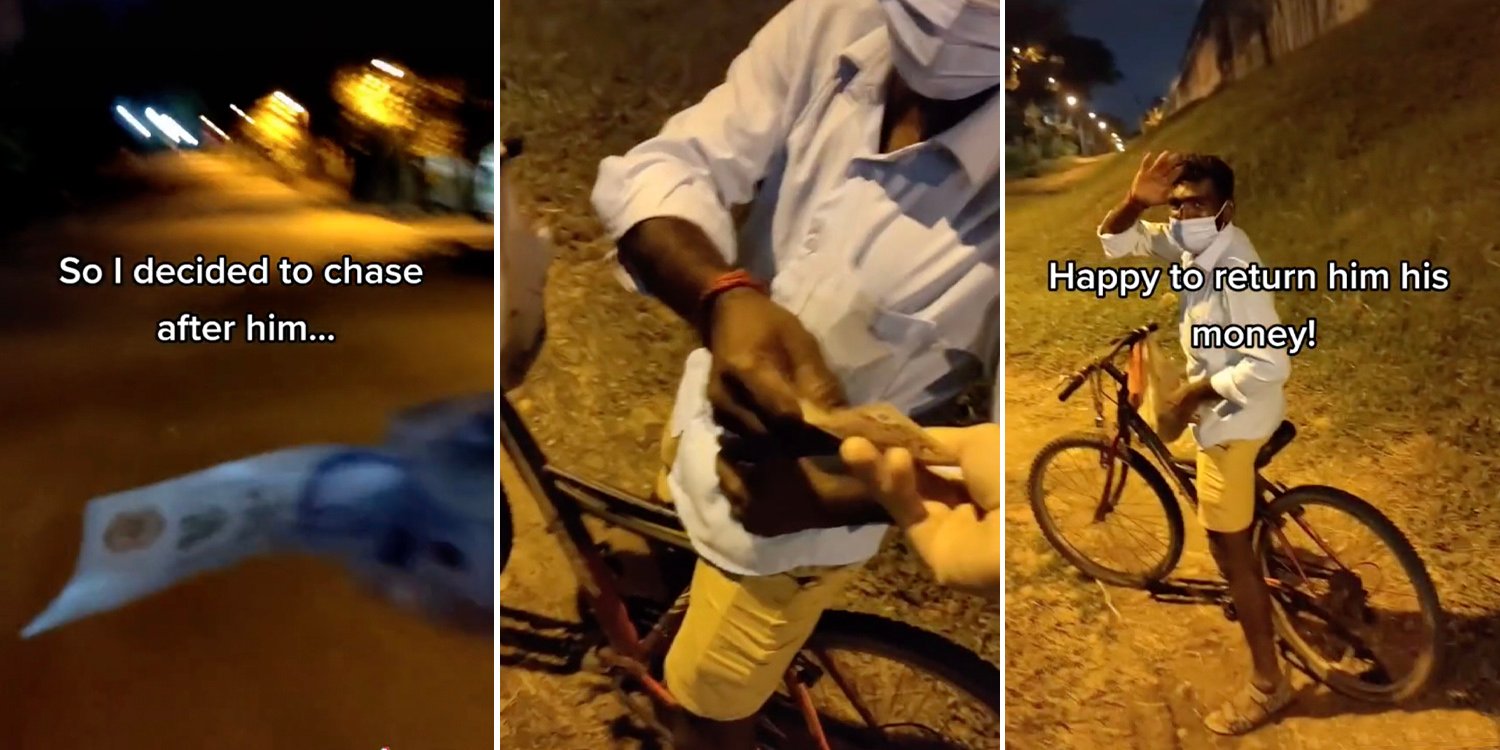 He felt that the $2 was the worker's hard-earned money.

From a young age, many of us learn about honesty and integrity. The textbook example of this is returning money we find to their rightful owner.

A man who found a $2 note on the ground showed just how far he would go, literally, to return the money to its owner.

Back on 25 Apr, Anson shared on TikTok how he ran about 1km to return a $2 note to a migrant worker who was cycling away.

My IPPT Gold put to good use. 😂 #fyp #foryoupage #tiktoksg

On 25 Apr, Anson was about to start his jog when he caught sight of a $2 note lying on the ground after falling from the worker’s pocket. He called out to the worker, but he had already cycled off.

Anson then picked the money up and decided to give chase. 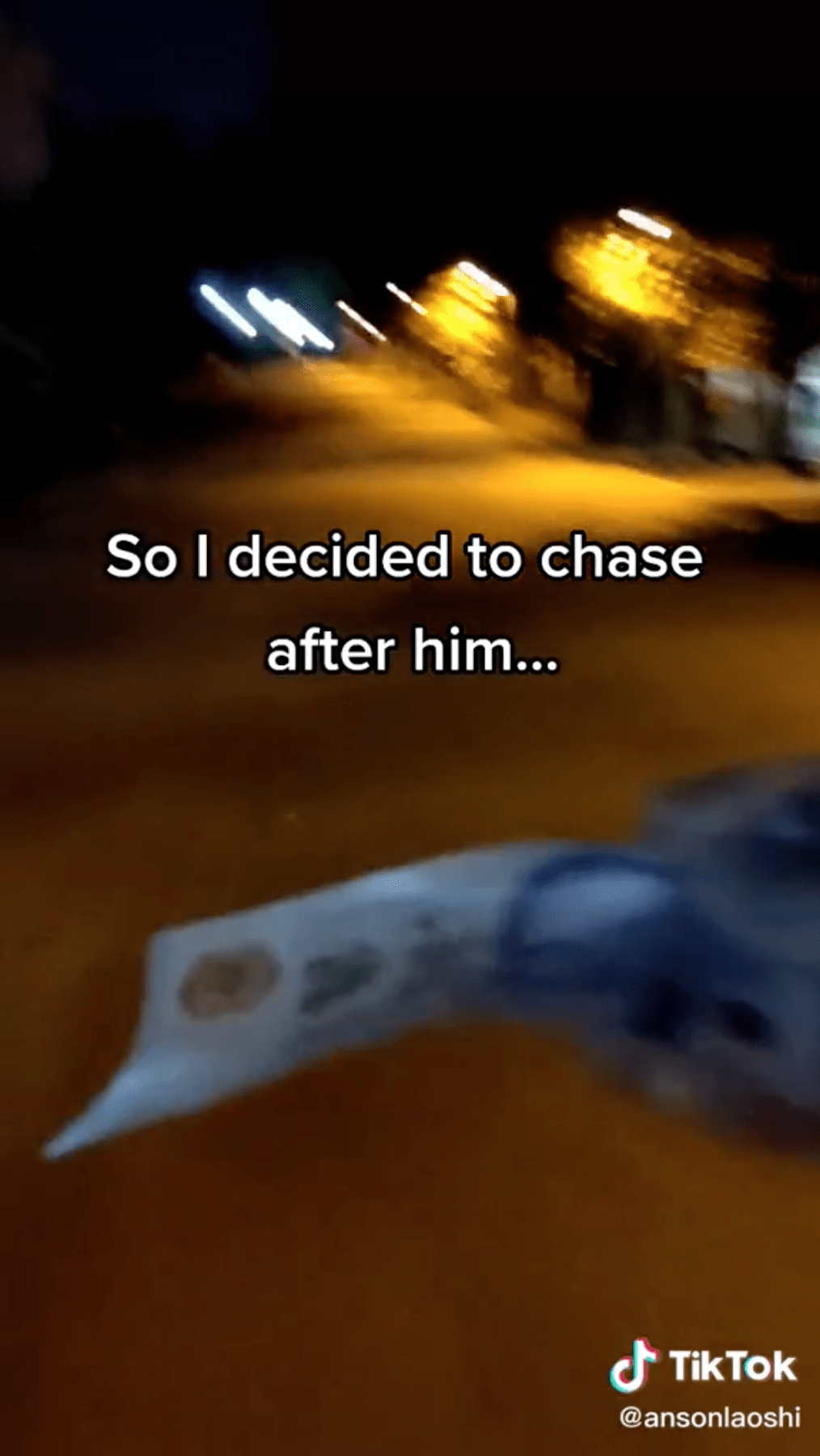 But the worker was riding a bicycle and was a little too fast for Anson.

Nonetheless, he persevered, running quickly as he tried to catch up with him.

At one point, Anson thought that he would lose him when he reached a traffic light junction. 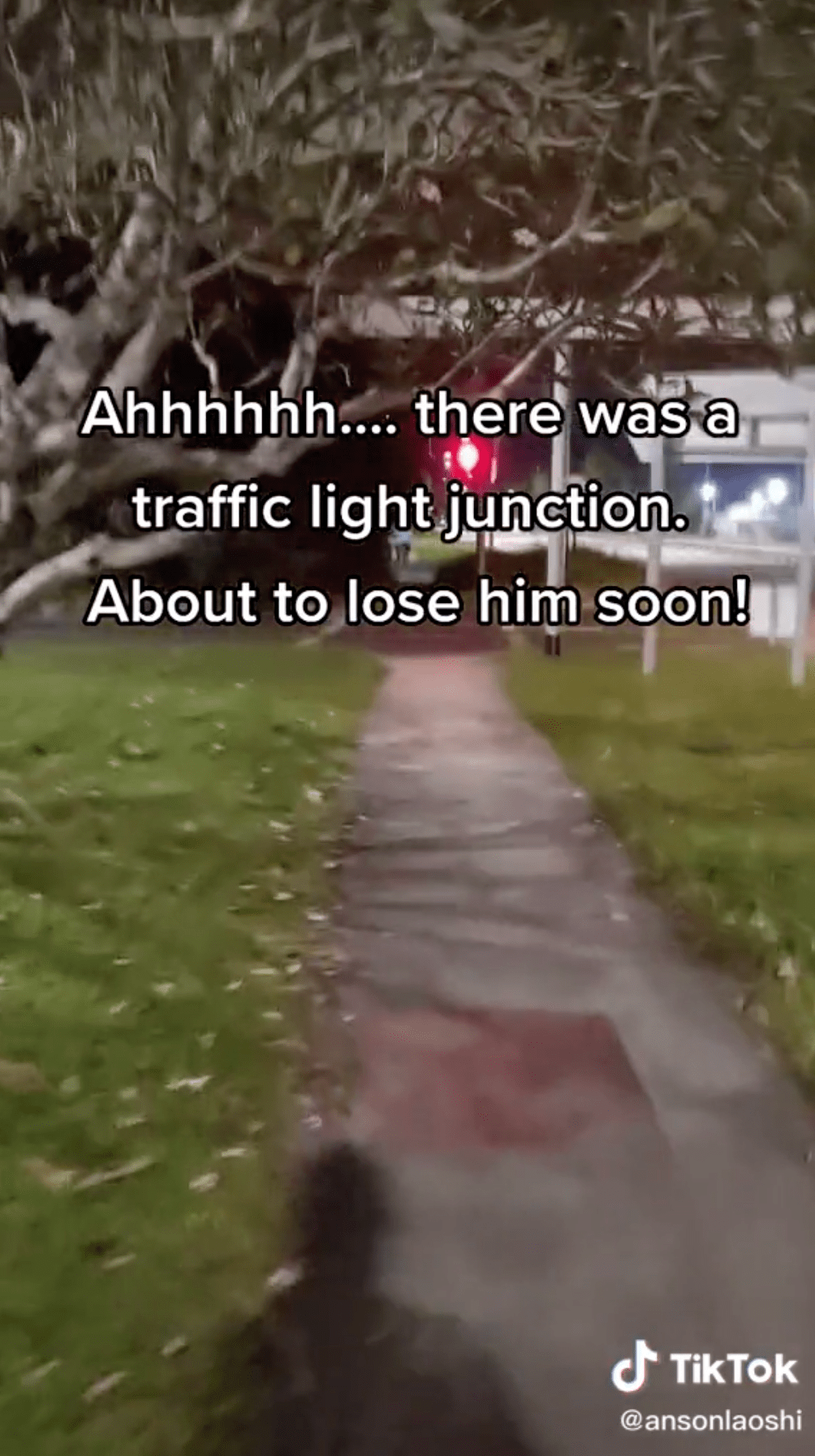 Still, he continued chasing, and after about 800m to 1km, he finally caught sight of the worker again. As he approached the worker, Anson repeatedly shouted, “Brother!” trying to get his attention.

Eventually, the worker heard him and stopped.

Anson then held out the $2 note, informing the worker he dropped his money.

The worker checked his shirt pocket, confirming that the lost note was indeed his. 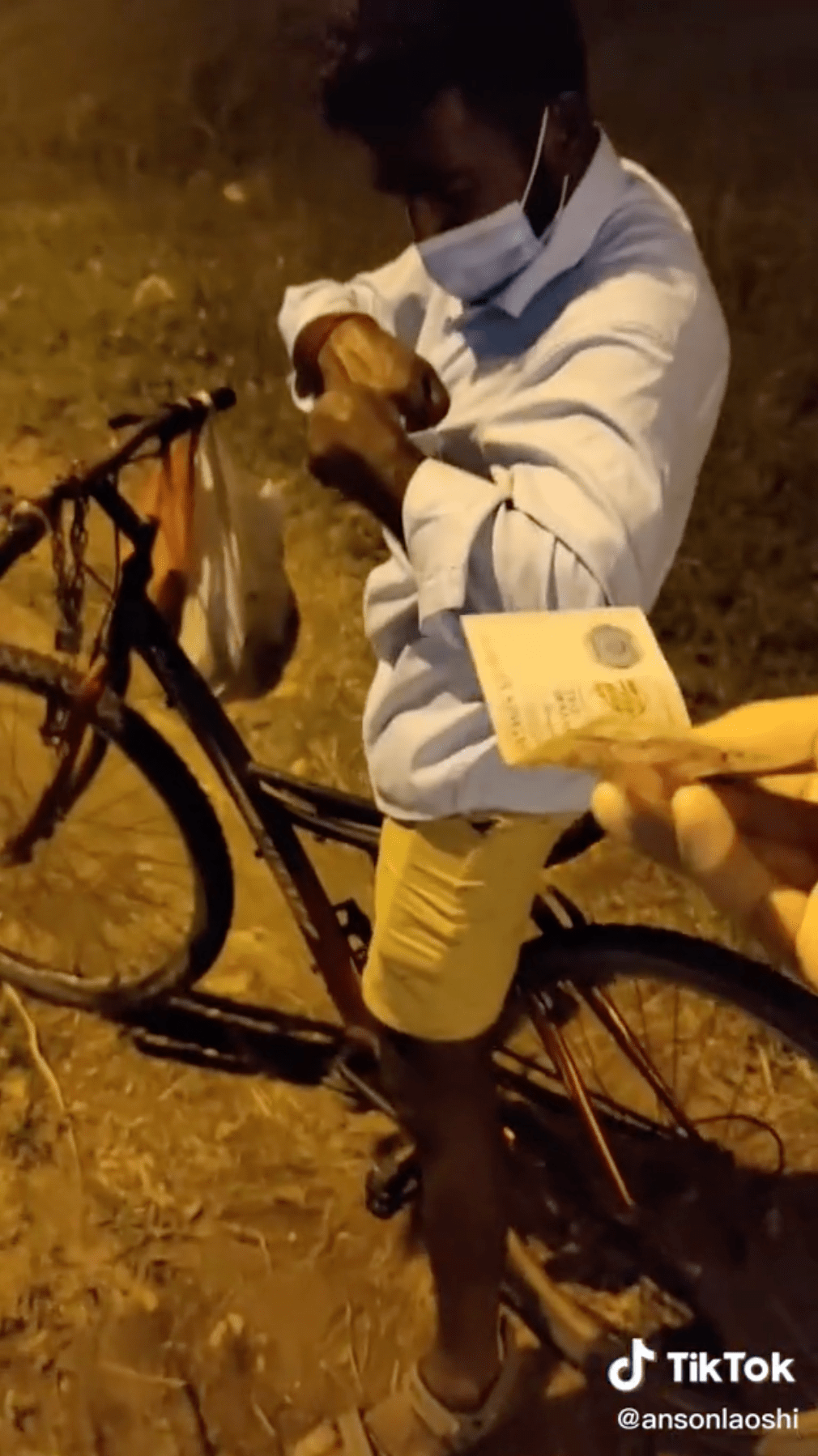 He then accepted the $2 note from Anson, saying thank you as he smiled widely behind his mask. 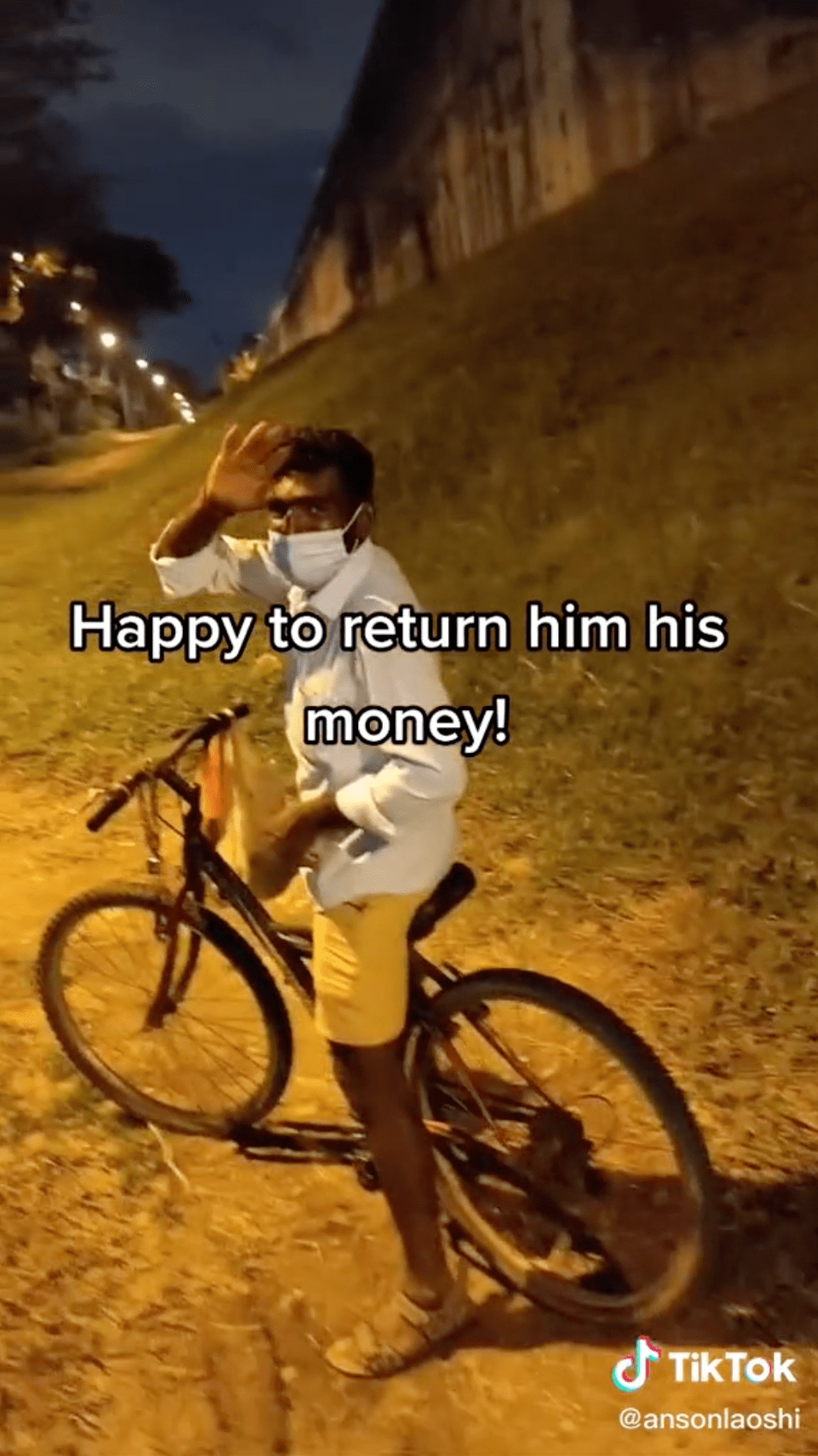 Speaking to MS News, Anson shared that although it was $2, it was the worker’s hard-earned money, which was why he gave chase to return it.

His Tiktok caption even joked that he was putting his IPPT Gold to good use.

He continues that as a Chinese educator, he often taught his students the idiom 拾金不昧, which translates to not pocketing money that isn’t yours.

Anson later shared the video on TikTok, hoping to bring positivity to the younger generation and remind them to do good and care for migrant workers.

Kudos to Anson for going the distance

It might have just been $2, but Anson truly went the distance to return the money, speaking volumes of his character.

Kudos to him for his kindness and effort.

Have you ever chanced upon money on the ground? What did you do? Share with us in the comments down below.