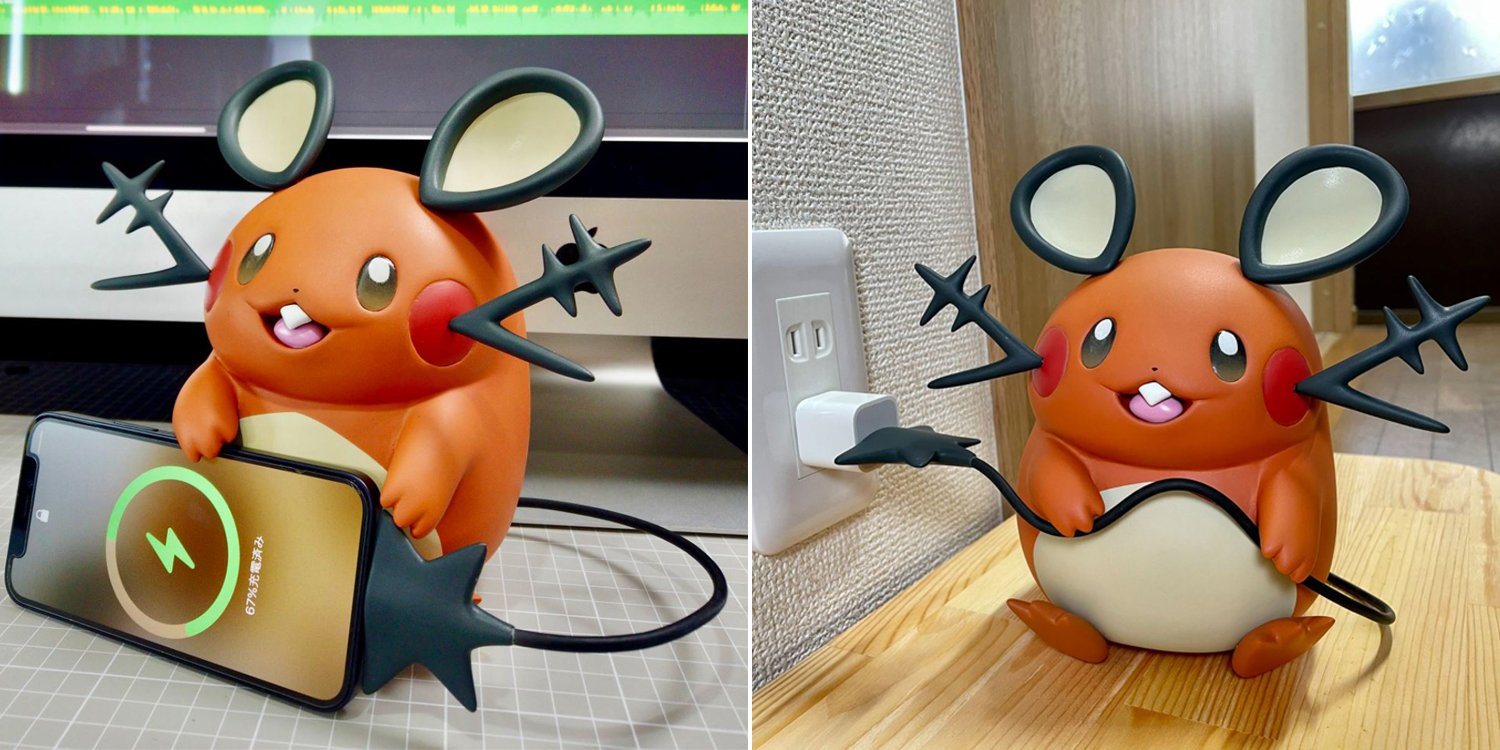 Electric-type Pokémon are known to paralyse enemies with thunderbolts and lighting. Today, it seems that they’ve evolved with the ability to power up your smartphone too. 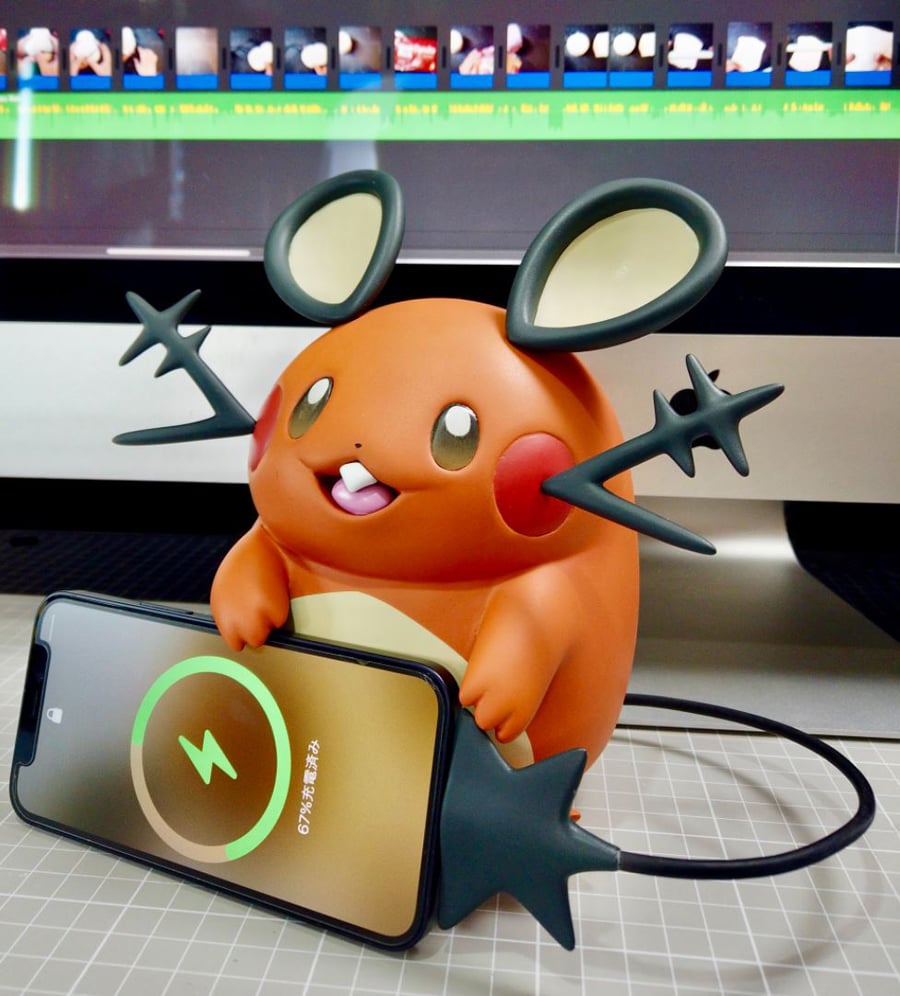 Fans will know that the actual Pokémon can stick its tail into sockets to absorb electricity. As a result, this version comes with a tail compatible with USB ports.

Enthusiastic Pokémon trainers, here’s what you need to know about this amazing charger.

Dedenne figurine’s tail can power up your phone

Dedenne is a mouse-like Pokémon known for its smol body and chubby cheeks.

Similar to Pikachu, Dedenne can zap enemies with electricity though it can’t generate electricity on its own. Instead, it absorbs electricity by plugging its tail into electrical outlets, just like what the figurine is doing. 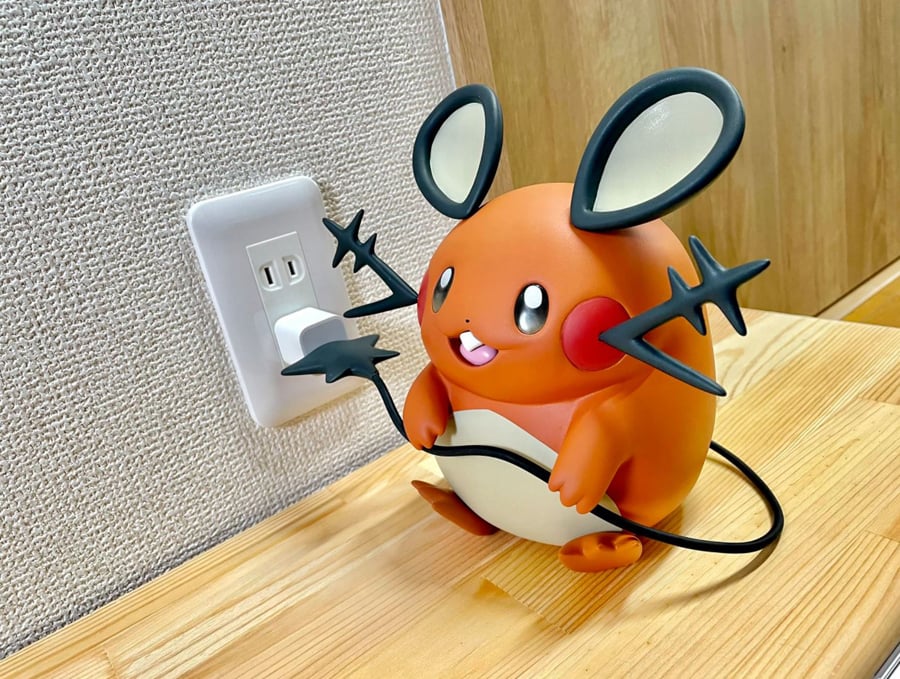 Look at its back and you’ll find a USB connector attached to its tail. 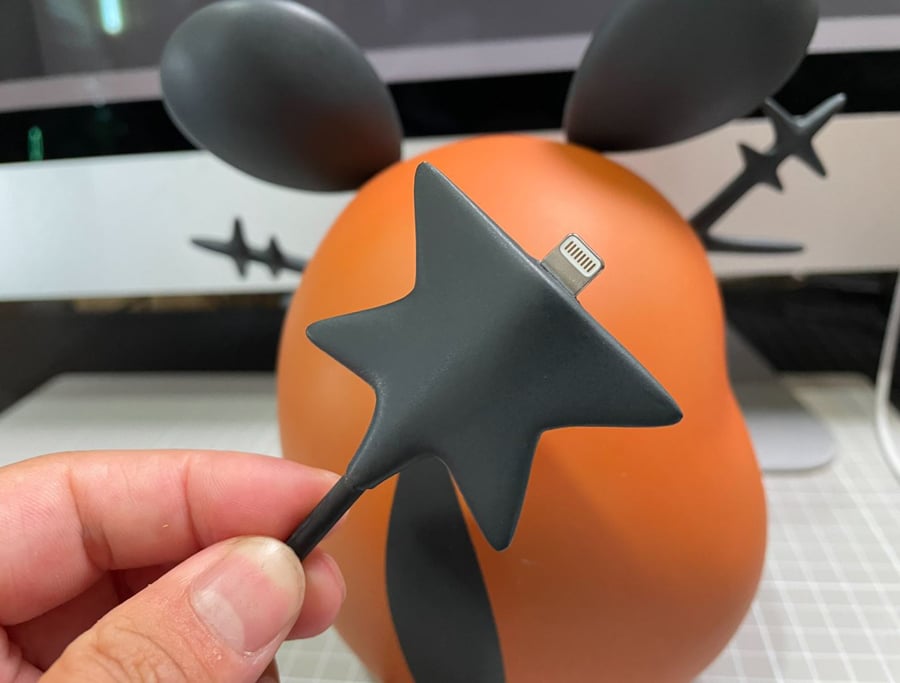 Since Dedenne regularly requires an energy boost, leave it plugged into a socket until it is fully charged. Once it gets the electricity it needs, you can use it to power up your AirPods and iPhone. While waiting for your phone to charge, you can pass time by staring at its adorable face. 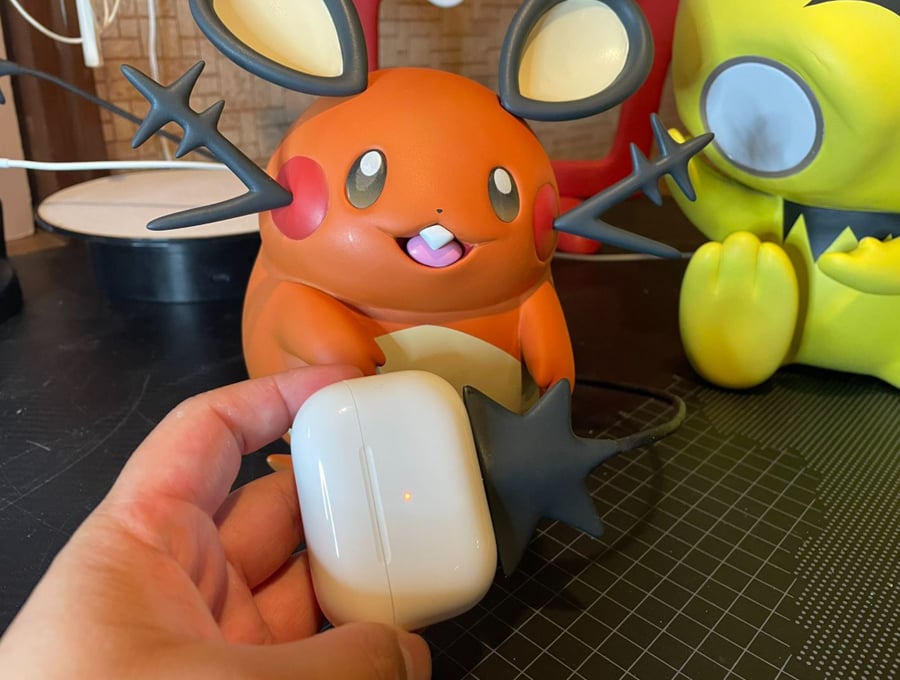 Decorative item you can carry

Portability and size are crucial factors when considering a charger. So, you’ll be delighted to find that this Dedenne charger can fit in the palm of your hand. 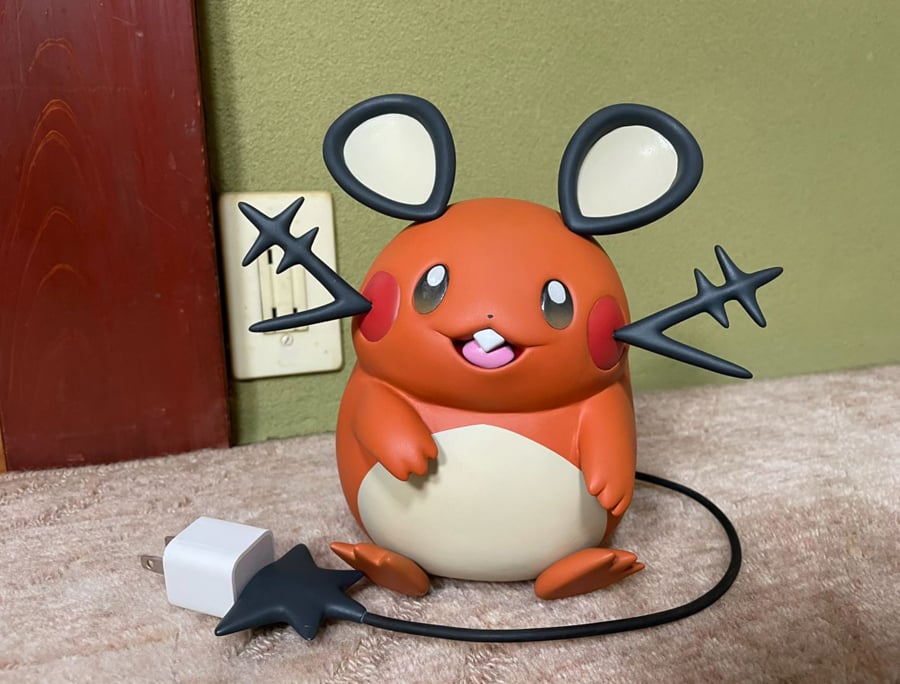 Next time you get an opportunity to enjoy the great outdoors, bring it along for good company and positive vibes. 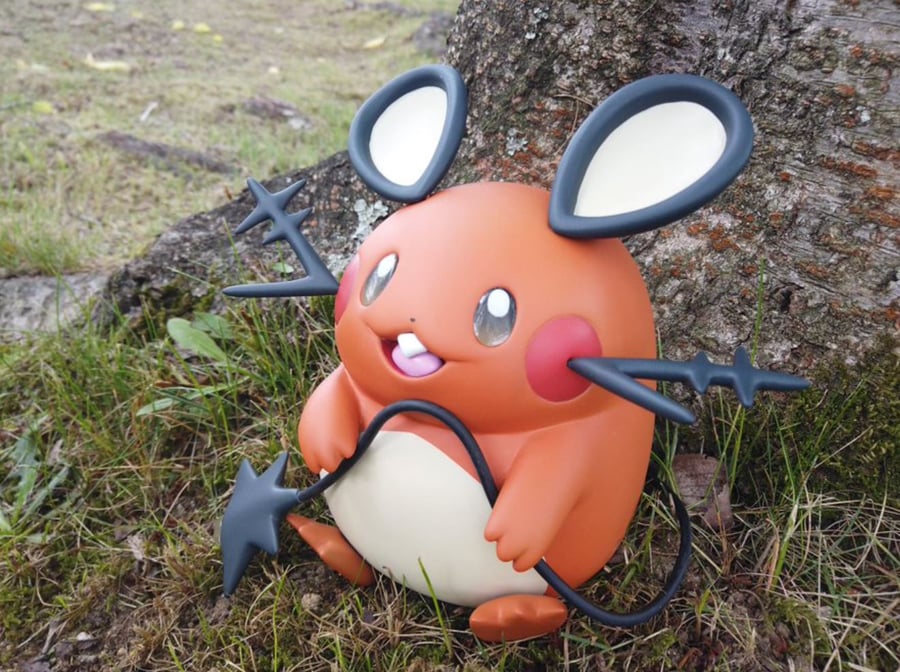 Just make sure to keep it charged, otherwise, it will succumb to loneliness. 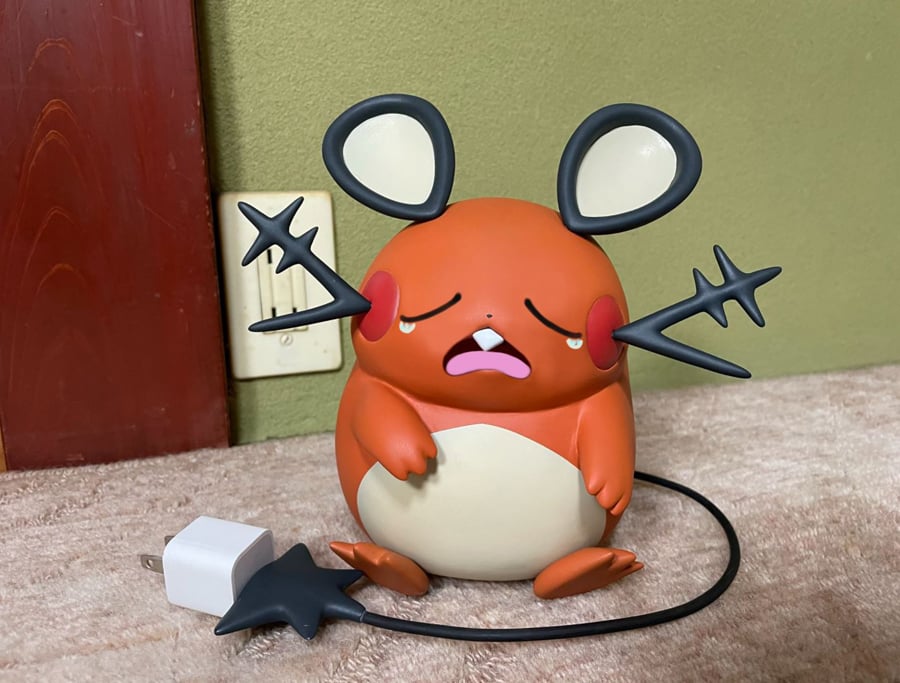 Dedenne figurine likely not for sale

Clay Yoshirin is a hobbyist who specialises in Pokémon clay art. So, as cute as this Dedenne figurine looks, we doubt it can be bought and shipped to your doorstep.

Besides the Dedenne figurine, this artist is also the mastermind behind the unique Pichu charger that took the Internet by storm earlier this year.

You can tune in to his upcoming creations by following him on Twitter and YouTube. In the meantime, you can check out this video to learn what it took to build this Dedenne phone charger.