Must Share News – Independent News For Singaporeans
Home People Community Dog Goes Missing In Lavender, Neighbour Finds Him At The Place Where... Some would say that those dear to us are never really gone. They always find their way back to us.

A man’s dog went missing near Lavender on Monday (19 Apr) and his neighbour, out on a hunch, went to the nearby Muslim Cemetery to help with the search.

The neighbour then spotted the missing dog there. Even though this allowed the canine to be reunited with his owner, the neighbour felt emotional as that was the exact location where he had lost his own pet to a traffic accident.

Mr Phua – the owner of the missing mongrel – took to Facebook to share the eventful journey that ended with a happy reunion. 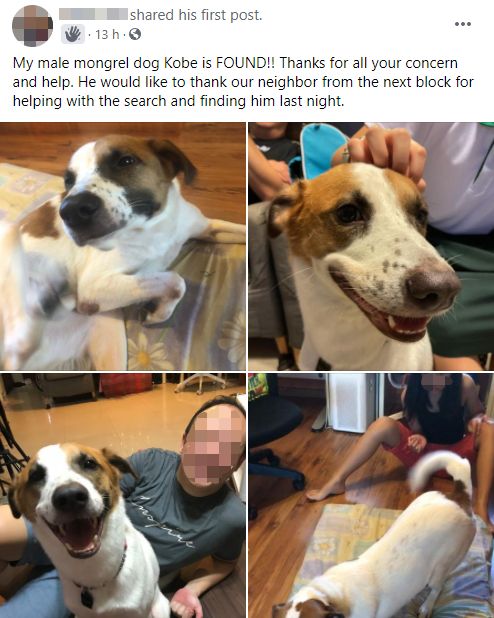 On Monday (19 Apr), Mr Phua took to Facebook in hopes of finding his missing mongrel, Kobe, who’d apparently wandered off in Lavender. The owner combed through the area – including the Kallang River basin – but to no avail.

At one point, he was conducting a search along Boon Keng Road when he got a call from his neighbour.

Apparently, he’d asked his neighbour, who is a member of the Singapore Civil Defence Force (SCDF) and a dog owner, to keep a lookout for Kobe.

Following a hunch, Mr Phua’s neighbour thought he should look for Kobe at the Muslim Cemetery on Victoria Street.

See, that’s where he’d lost his own dog a few years ago to a traffic accident.

It turned out that his hunch was spot on as Kobe was seen “hiding among the tombstones”.

He then contacted Mr Phua, as the timid mongrel ran away when he tried to approach him.

However, upon seeing his owner, Kobe ran towards him without reservations and soon reunited with the family. 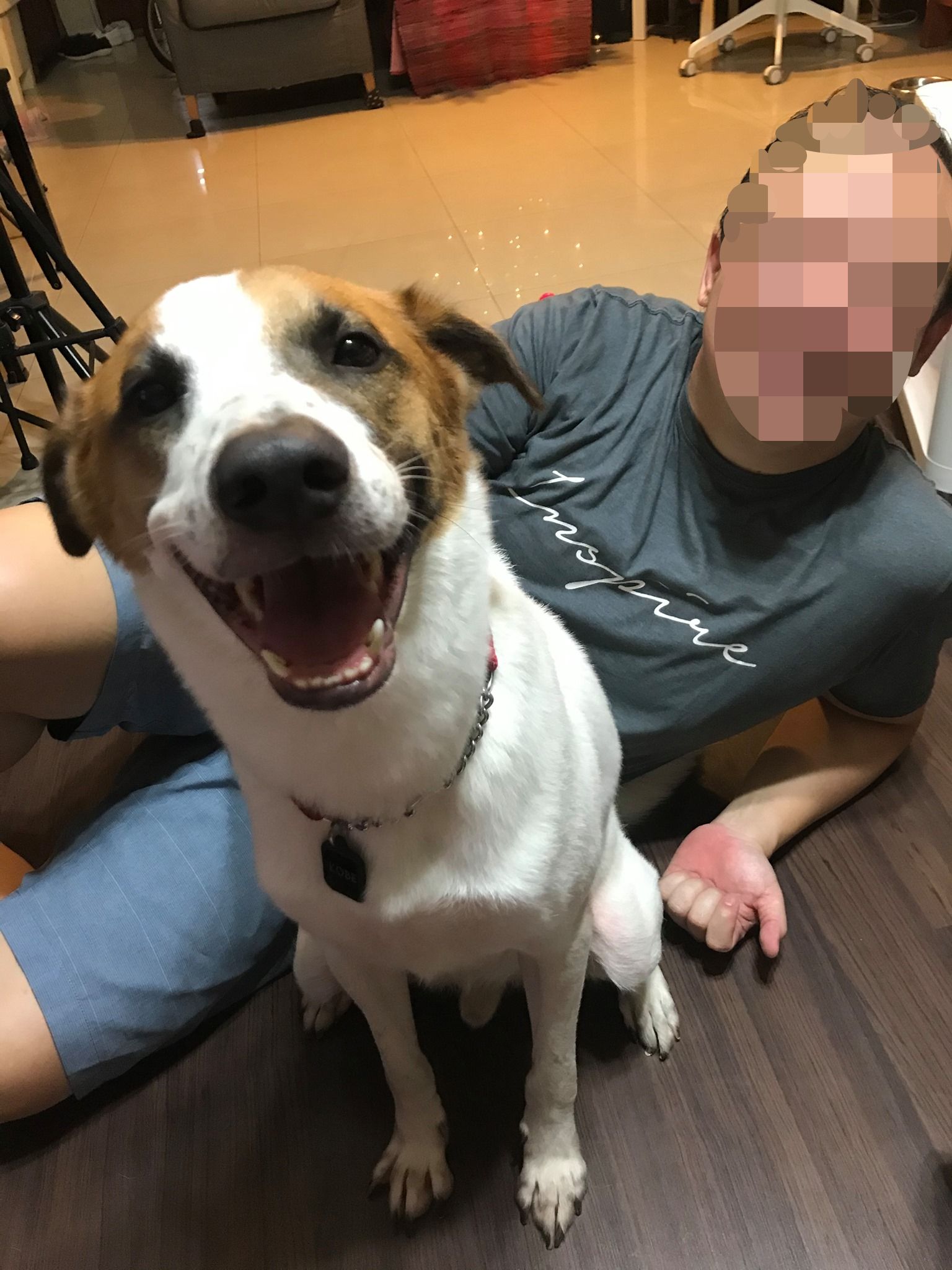 Sharing in the post’s comment section, Mr Phua wrote that both him and his neighbour teared up at the reunion. 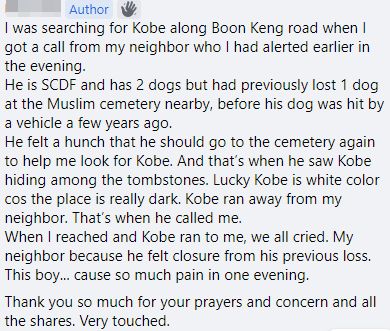 The man who helped find Kobe had finally found closure for his previous loss of a beloved pet, which undoubtedly dealt him a blow.

A touching & heartwarming story to remember

Sometimes, that’s how fate works. By helping to find Kobe at the spot he lost his own dog, the neighbour felt connected with his beloved pet again.

In the meantime, we’re glad that Kobe returned home safe and sound.