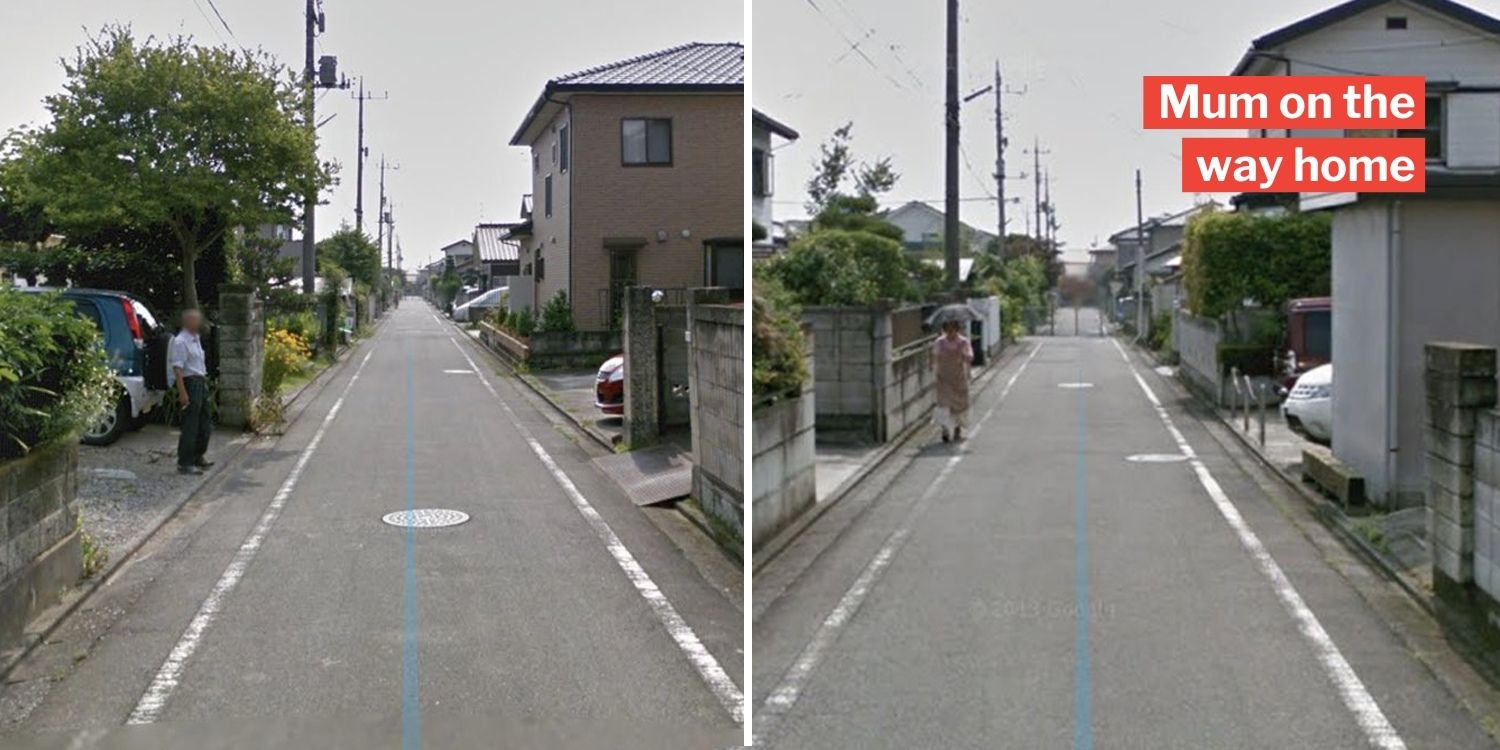 Using Google Earth to see our homes from another perspective is something many of us have been guilty of at one point in time.

Earlier this month, a Japanese man happened to be checking out his parent’s house on Google Earth but instead found an image of his late father standing in front of the house.

Going ‘further down’ the road on Google Earth, he noticed his mother walking down the road, making the moment all the more precious and heartening. Finds dad waiting in front of house on Google Earth

Driven to boredom during the pandemic, a Japanese man decided to look up his parent’s house on Google Earth.

To his surprise, he spotted a familiar figure standing right in front of the house — his late father. It was a surreal moment for him as his dad had passed away 7 years ago.

Dad was waiting for mum who was walking home

Taking a closer look, the Japanese man then noticed another figure up ahead along the road.

He zoomed in closer and soon found that the female figure was none other than his mum making her way home. The man soon concluded that his dad was probably waiting outside the house for his mum to return.

It was truly a precious heartfelt moment that happened to be captured by the satellite images on Google Earth.

Ending off the emotional tweet, the man shared that it’s his wish for Google Earth never to update the image of his parents’ home.

The man is not the only person to have chanced upon their loved ones on Google Earth.

Other Twitter users have since replied to him, sharing their own experiences of seeing their beloved family members under similar circumstances.

This user shared how she saw her late grandmother on Google Earth walking down a street, nearly a decade after her passing.

Another Twitter user also replied that she spotted her furkid – which passed on 2 years ago – on Google Earth’s satellite image. 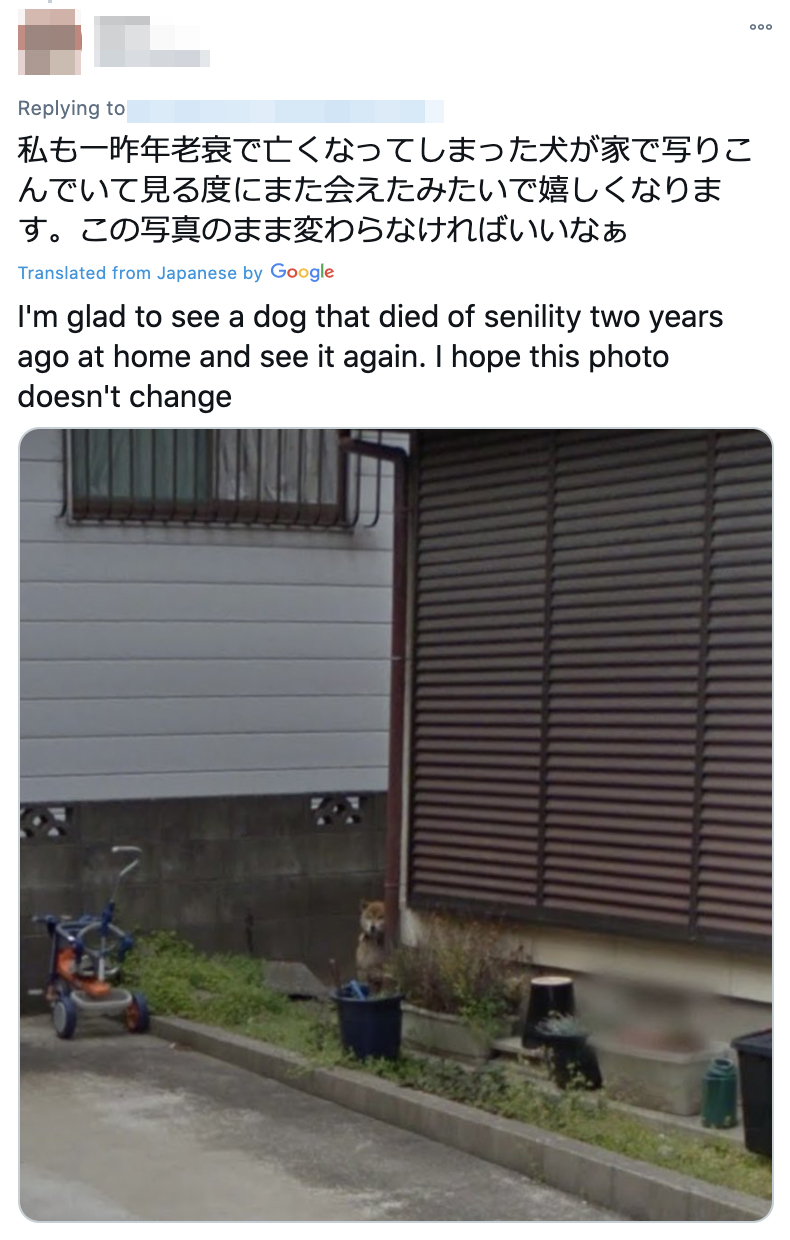 For her, it was precious to be able to see her doggo at home again.

A reminder to treasure time with our loved ones

Not sure about you, but these touching encounters certainly hit us in the feels.

Who knew Google Earth could hold such precious memories in their satellite images?

Of course, it’s also a poignant reminder for us to treasure every moment we have with the loved ones around us.

Have you had similar encounters yourself on Google Earth? If so, share them with us in the comments!