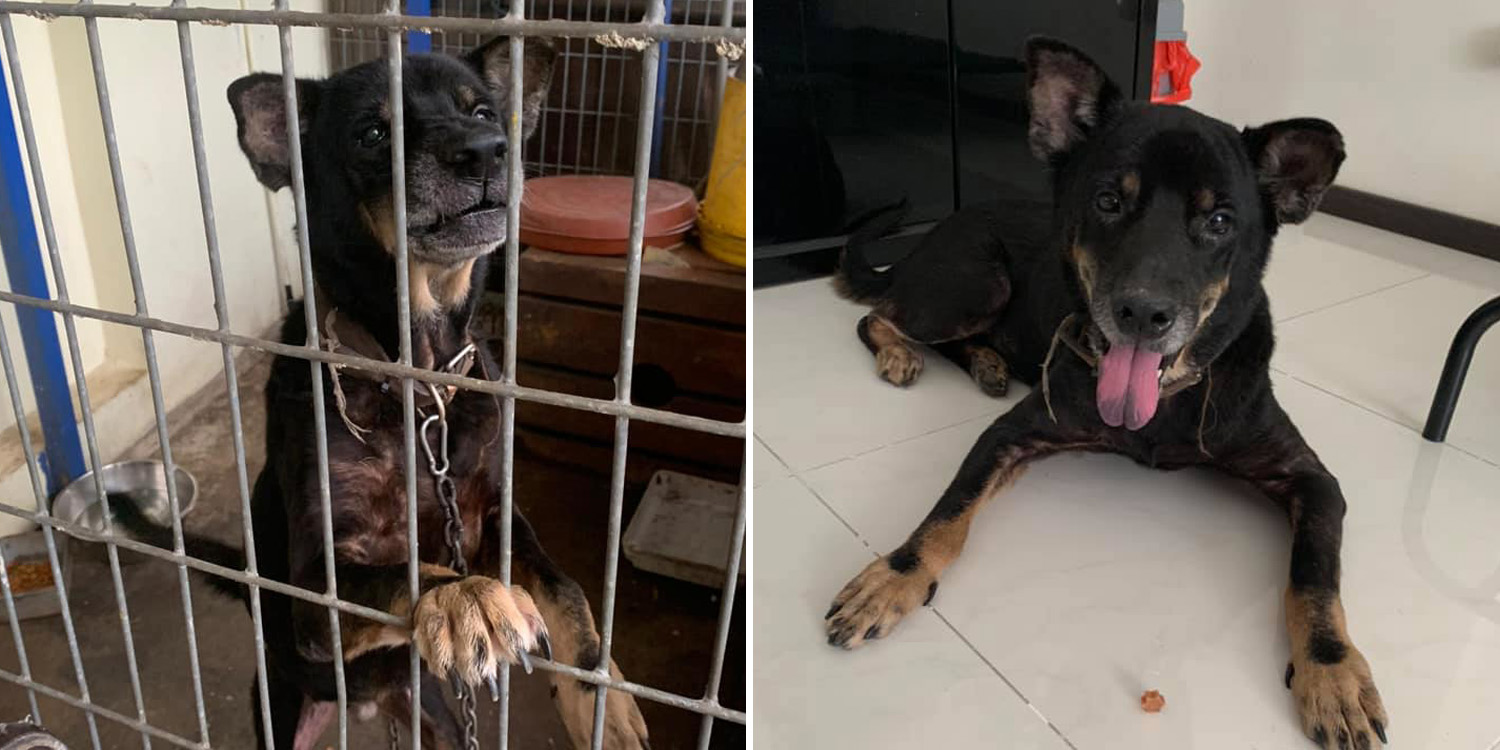 Imagine living life in a cage, with a chain around your neck, watching the world pass you by through metal bars.

This was how little doggo Augustine lived 8 years of his life.

The canine was found caged and shackled down by a heavy chain, according to animal welfare group Chained Dog Awareness in Singapore (CDAS).

Despite how life has been for him, Augustine is cheerful, calm and friendly both to humans and other doggos. 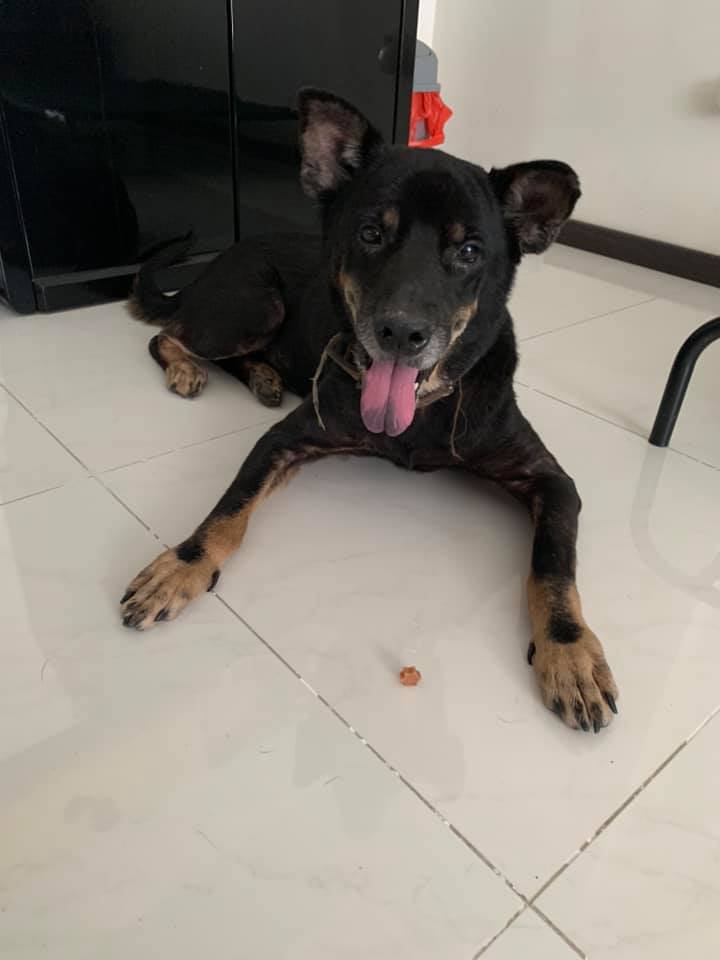 Since being rescued, Augustine has gained his freedom back and is looking for a loving home and family to take him in.

Doggo chained & lived in a cage for 8 years

While many of us have dreamt of having a furry little pal by our side, Augustine’s reality was far from a warm and cosy even though he had an owner.

CDAS said the dog has been at a work site and lived in a cage since 2012. 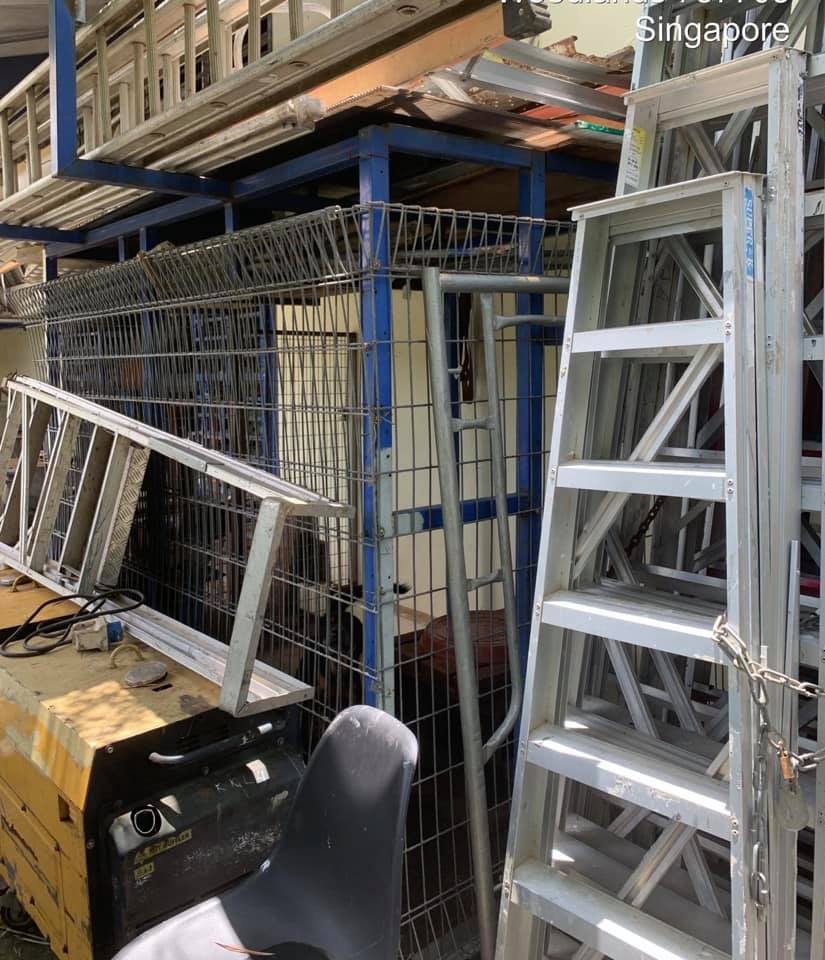 For 8 years, he was confined by metal bars, only being let out to a certain spot to pee and poo before being confined back in the cage.

The little doggo had only known a life without a bed, without toys and even clean water. He reportedly was not shown love or affection by his owner. 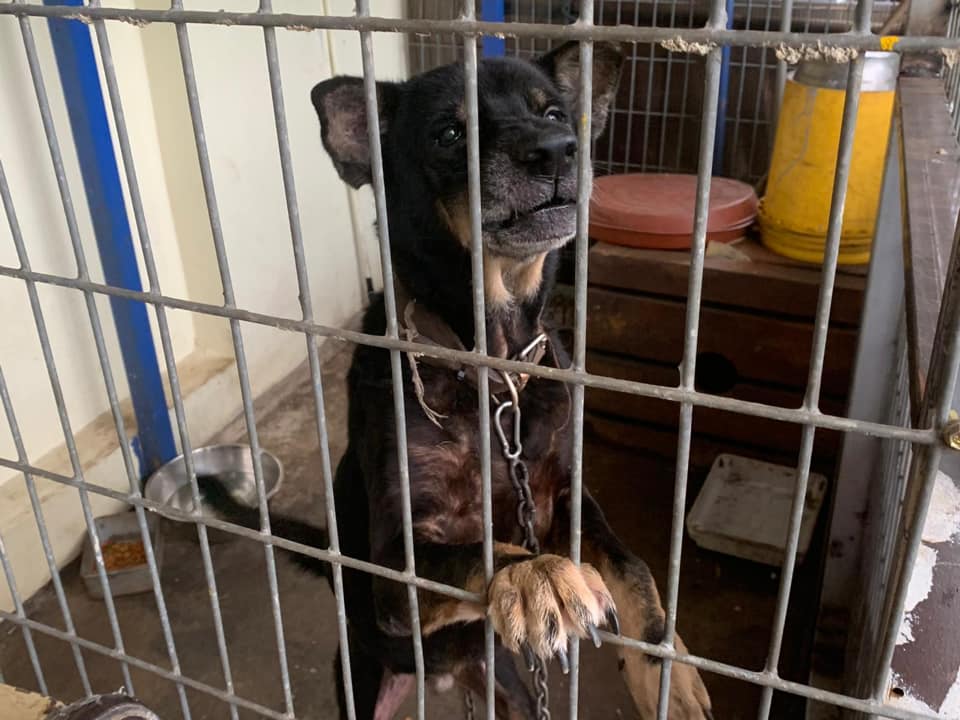 When CDAS volunteers found Augustine, it was hard not to notice his sad puppy eyes through the metal bars of the cage he lived in.

Not letting a ruff life get him down

CDAS volunteers initiated a chat with the owner and were immensely relieved when he was willing to give the dog up.

That was when he gained a new lease in life and a name to come with it – Augustine – to commemorate his newfound freedom. 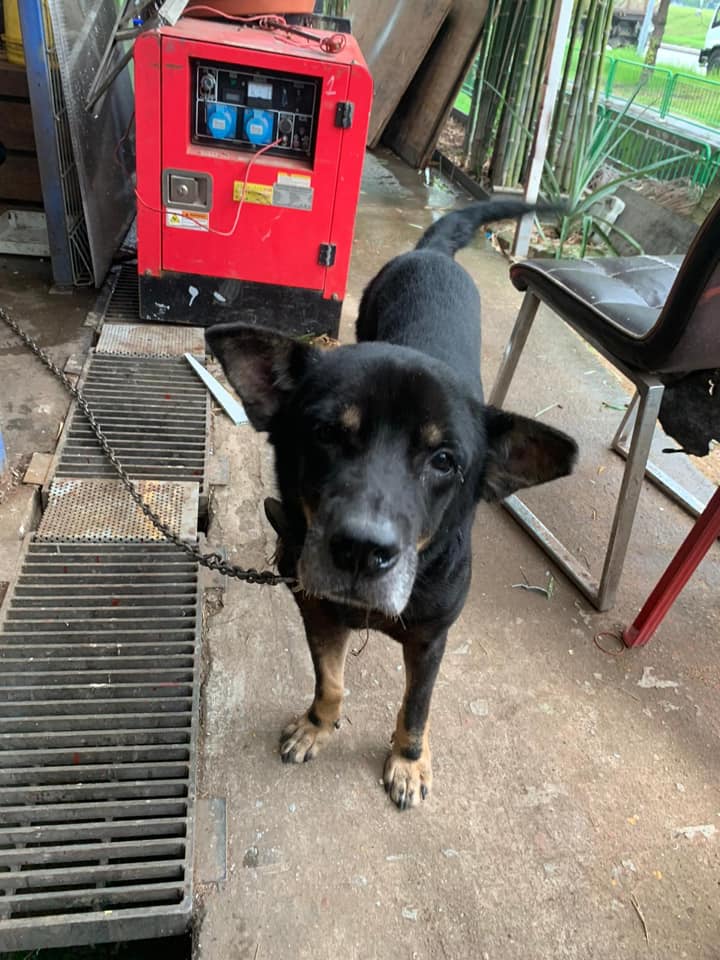 He has had a ruff life but despite the hand that life had dealt him, Augustine’s cheerful personality and affectionate disposition shines through.

As he was led out of the cage, he was constantly wagging his tail in joy. Even as he went up the van and visited the vet and his new foster home, he zealously greeted many new faces he met. 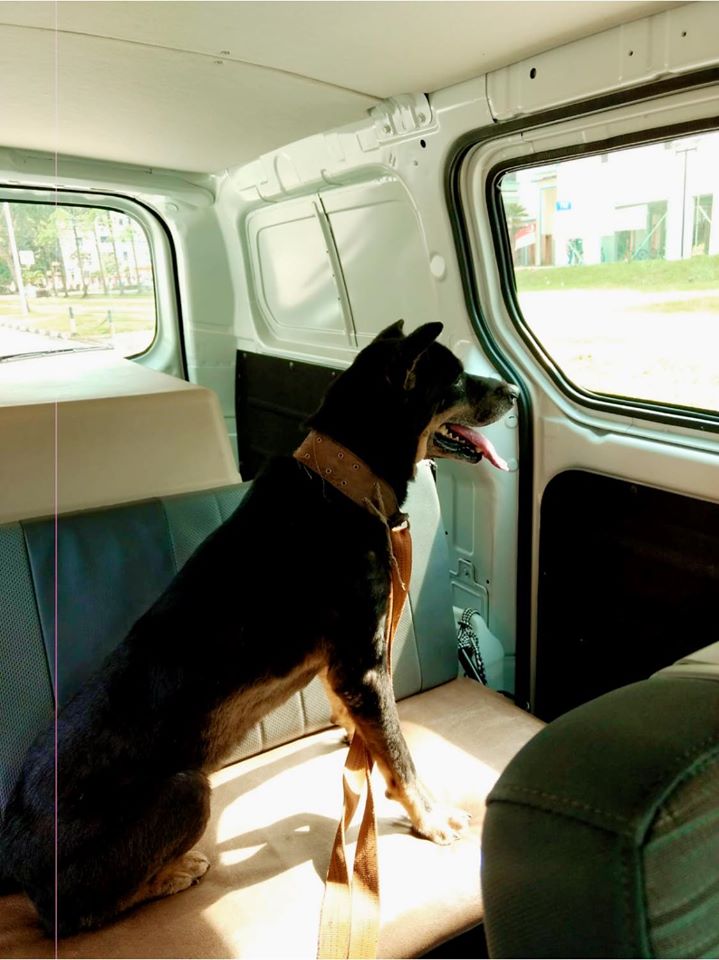 He allowed everyone to touch and pat him. In return, he happily wagged his tail. 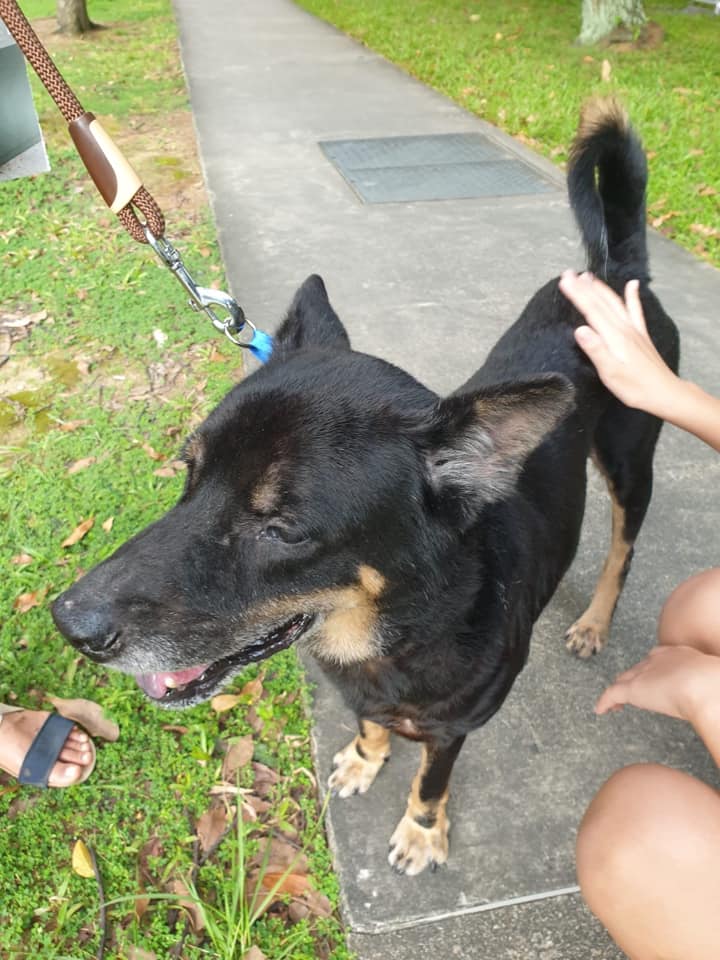 Augustine is extremely calm and sweet to humans. He even got along well with other dogs.

Doggo looking for a furever home

Augustine is now in a foster home and looking for a loving furever home to take him in. Great news, as he is also HDB-approved.

Just look at those puppy dog eyes, how can one resist? 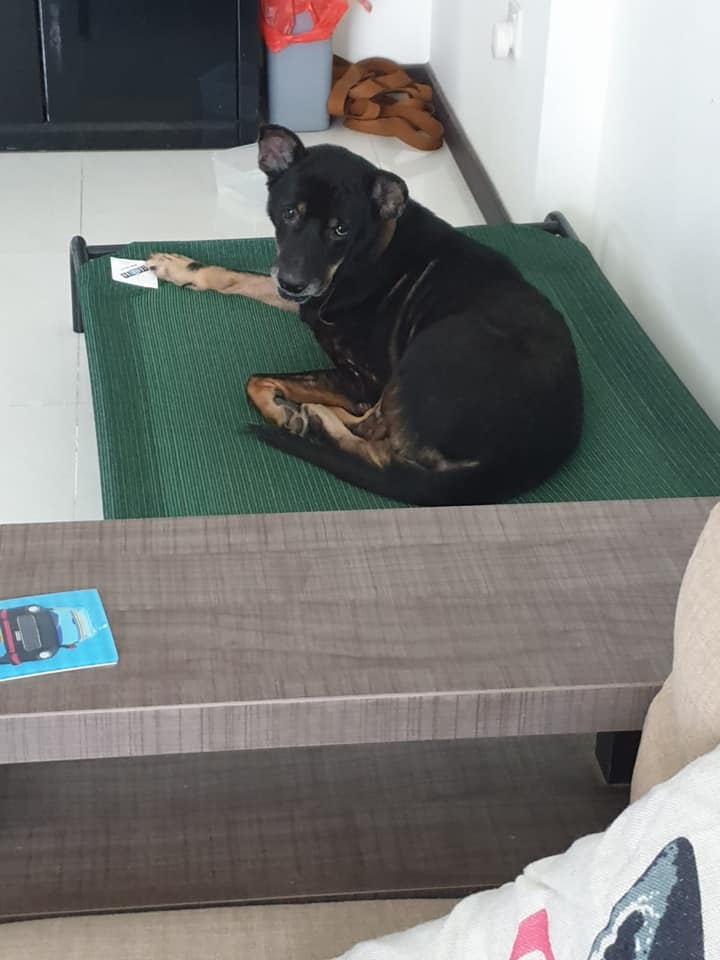 Caring for a dog takes work

Dogs are man’s best friend, loyal to a fault. While they shower us with pure, unbridled affection they also teach us how to love.

Don’t fur-get, they do require plenty of dedication, patience and care.

Our four-legged furry friends deserve nothing less than the best.

Dogs like Augustine deserve a second chance at life and we hope he finds a permanent home, one that he is sure to share many more joyous moments with.