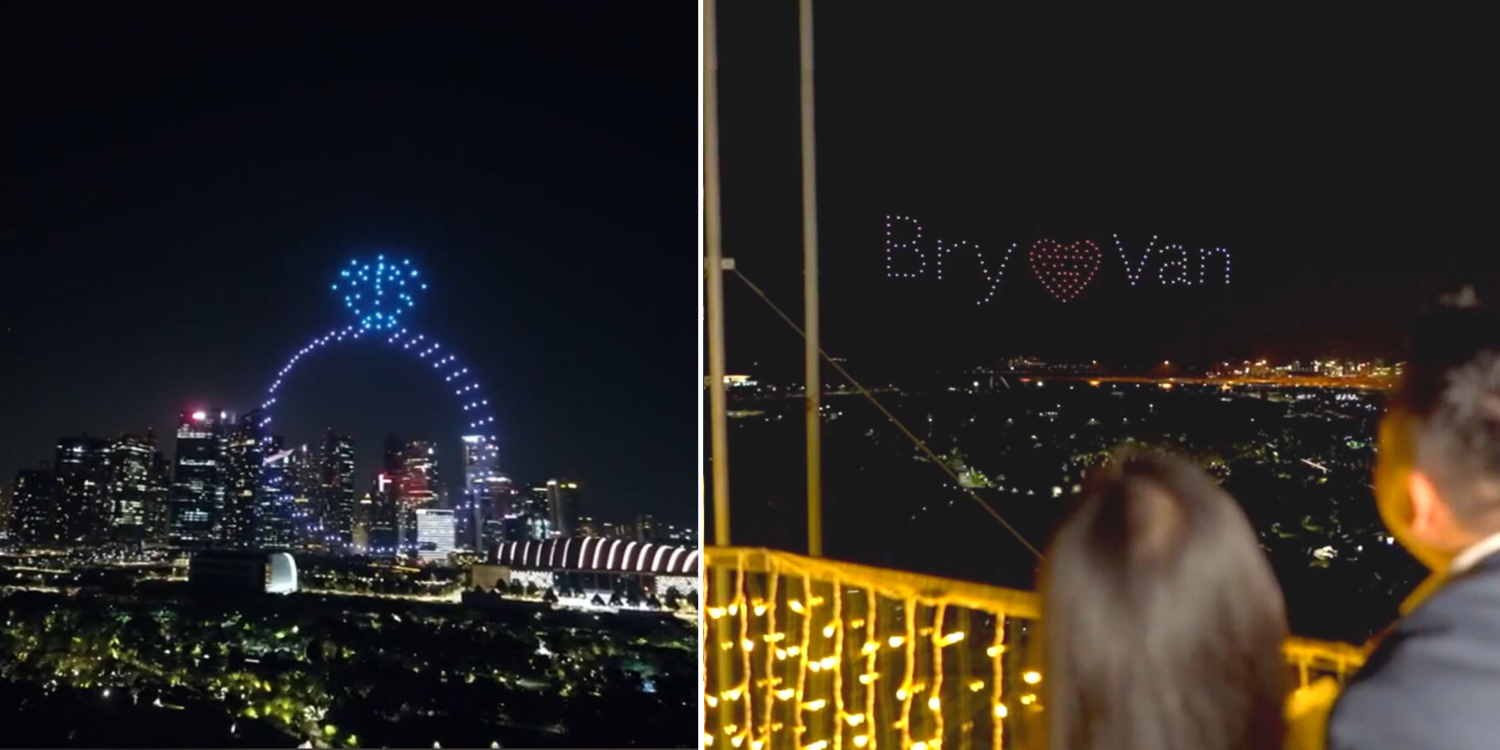 Love is literally in the air.

Man Proposes Atop Gardens By The Bay Supertree With Drones

Wedding proposals are once-in-a-lifetime events that some may like to memorialise through grand gestures.

Recently, one man proposed in style when he organised an epic light show involving 150 drones at Gardens by the Bay (GBTB).

150 drone light show 💫 This drone idea definitely brings an old-fashioned wedding proposal to the next level! 💍One thing is for sure: none of the proposals can top your drone light show.Contact: +65 6718 2231Email: mirs@mirs-innov.comWebsite: https://www.mirs-innov.com/drone-light-show

During the light show, the drones created several formations including a plane, the couple’s names, and a ring.

Of course, the man had prepared a ring of his own as well, getting on one knee and slipping it onto his now fiancée’s finger as she said yes.

150 drones used in Gardens by the bay light show

The video captured the preparation process as staff painstakingly laid out the drones on a lawn one by one in straight lines. 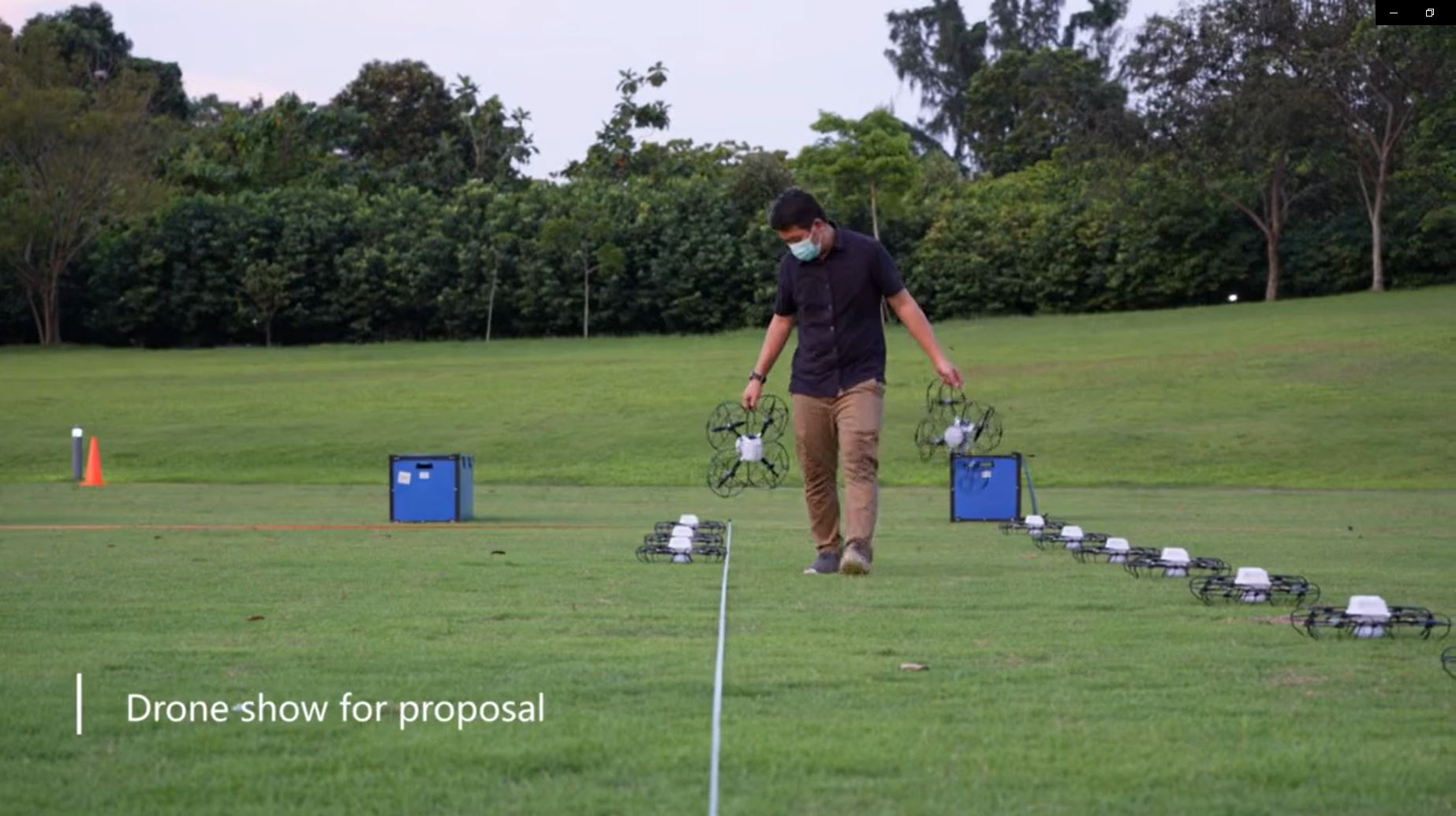 The end result was rows of neatly placed drones, right in the heart of GBTB. According to the video, a total of 150 drones were used.

Soon enough, darkness fell and it was time for them to shine.

The drones lit up and rose to the occasion, illuminating the night sky in changing colours with Marina Bay Sands (MBS) as their backdrop.

As the drones shifted into formation, the word ‘Medan’ was formed. Medan is the capital of Indonesia’s North Sumatra province. 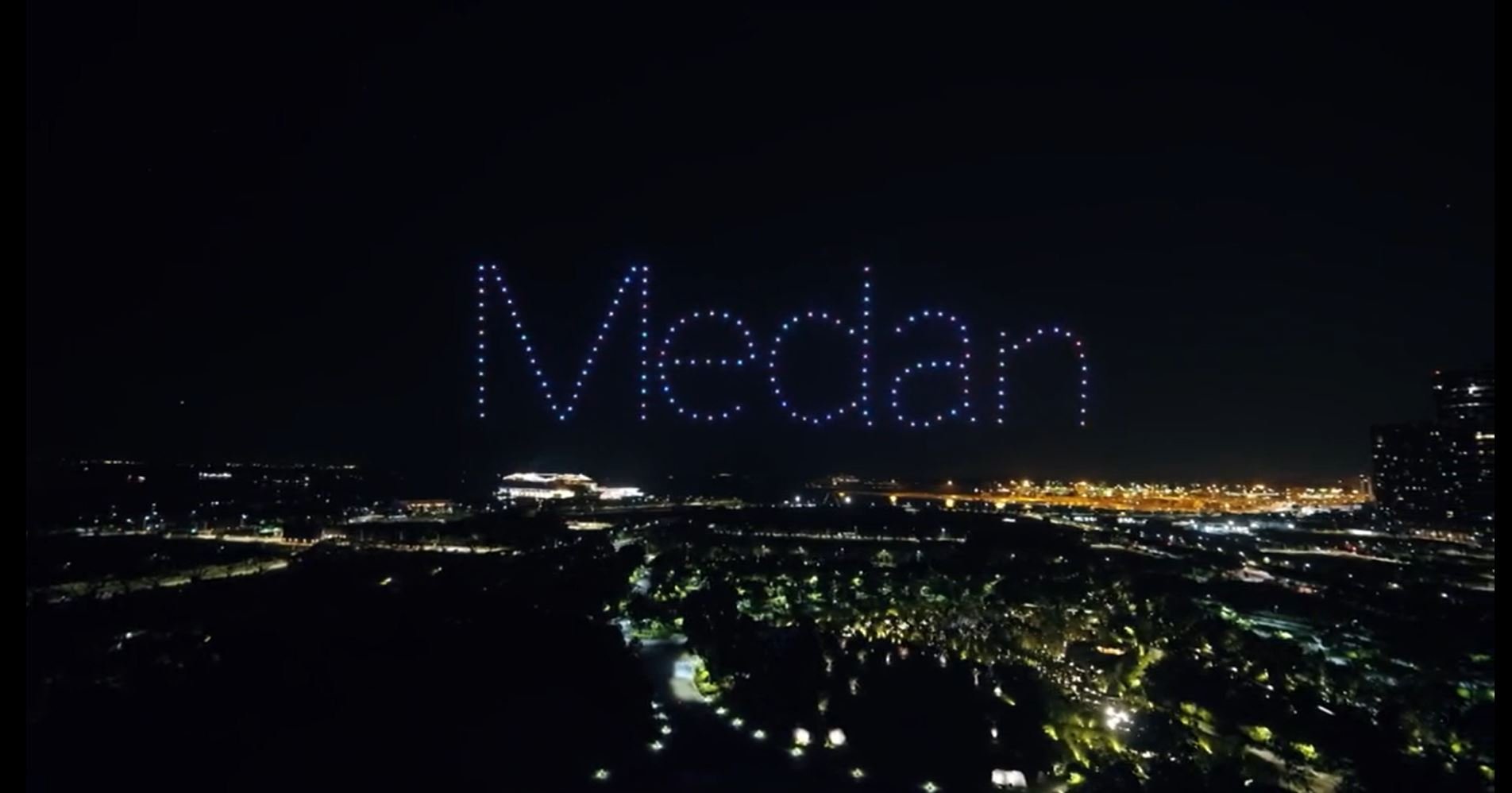 The city probably held sentimental value for the couple as the lights then shifted into a plane formation, suggesting a flight there together. 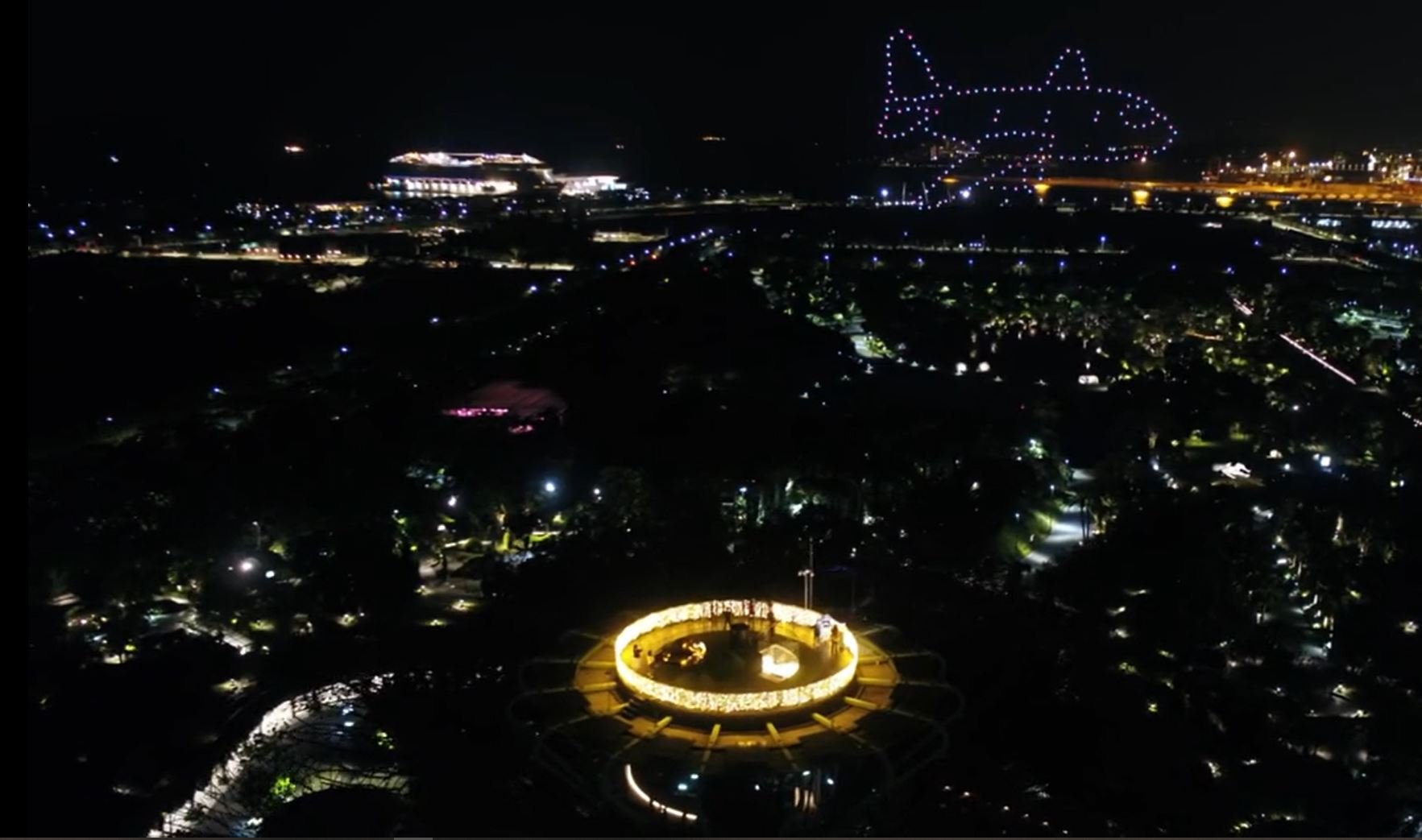 The video then panned to the man leading his girlfriend up a flight of stairs with fairy lights all around. 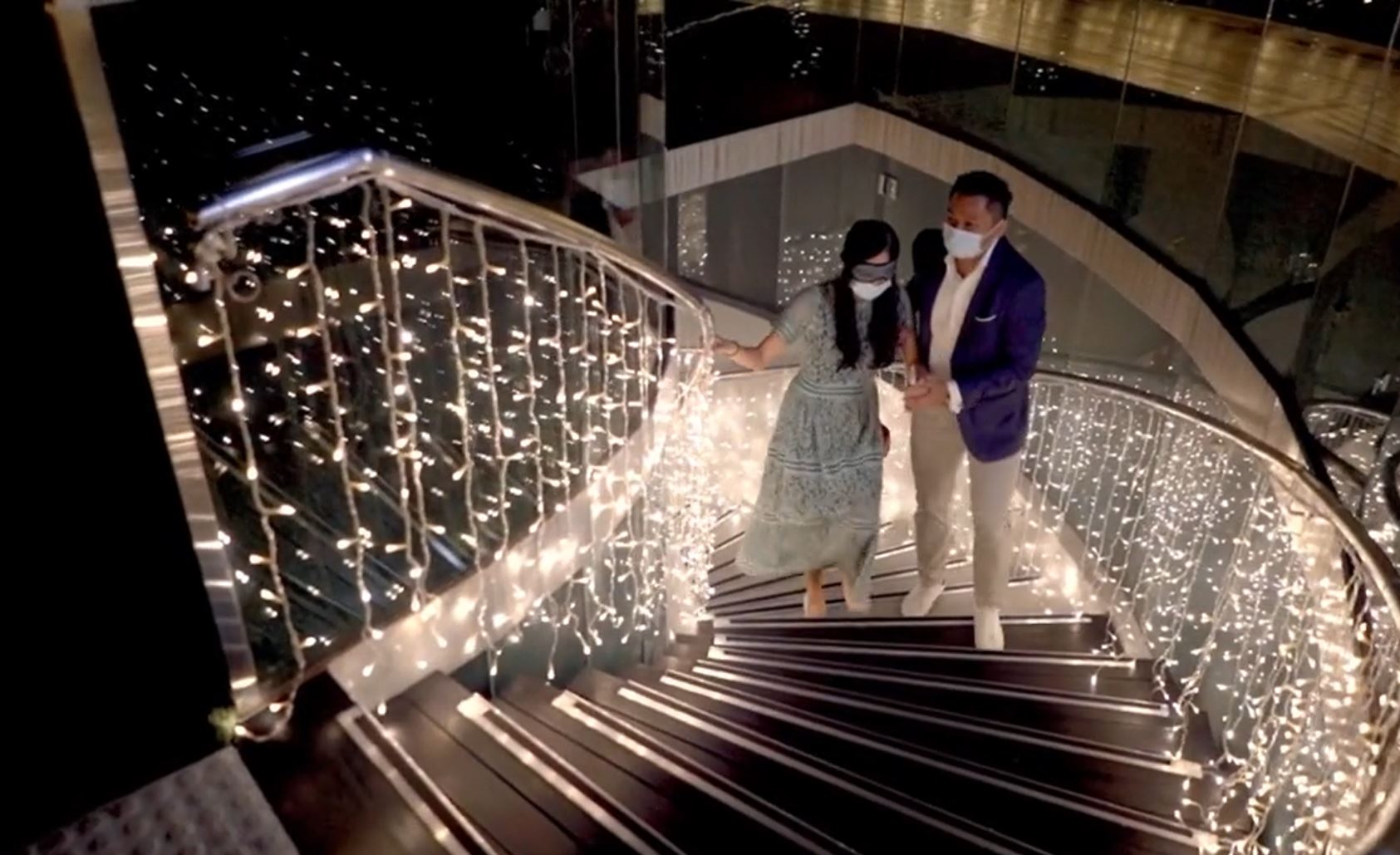 Atop one of the Supertrees, a floral display with the words ‘Marry Me’ had been prepared.

With this the man dropped onto one knee and proposed to his girlfriend. As this was happening, the drones formed a ring box shape with a ring emerging from it. The ring was then in full display for all in the area to admire.

The man’s girlfriend can then be seen gleefully nodding her head, saying yes to him.

With that, the happy couple, now engaged, got to enjoy the rest of the grand light show pressure-free. 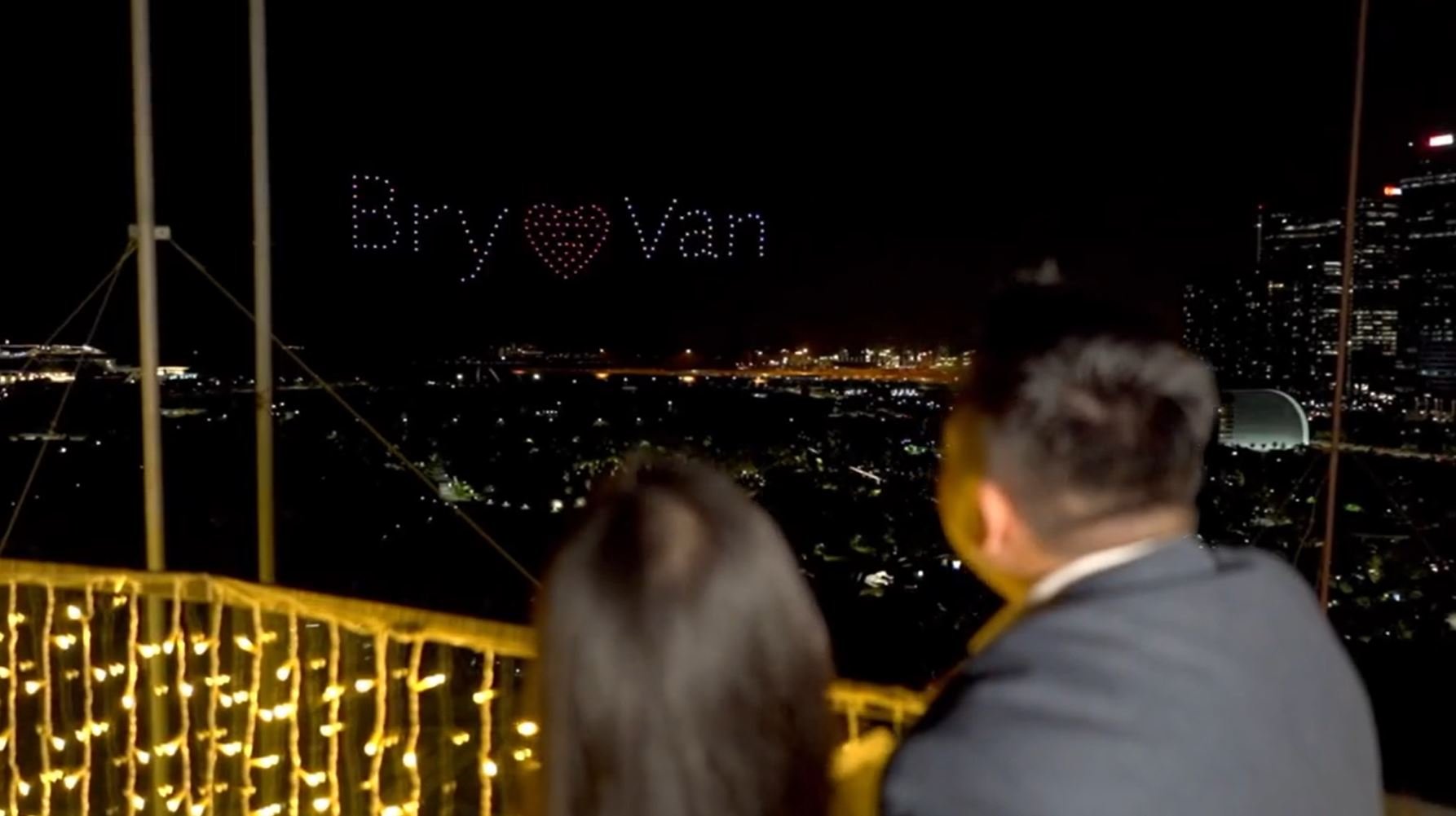 As the drones formed the word ‘I love u’ in the night sky, it was almost as if the man was declaring his love for his fiancée to the world. 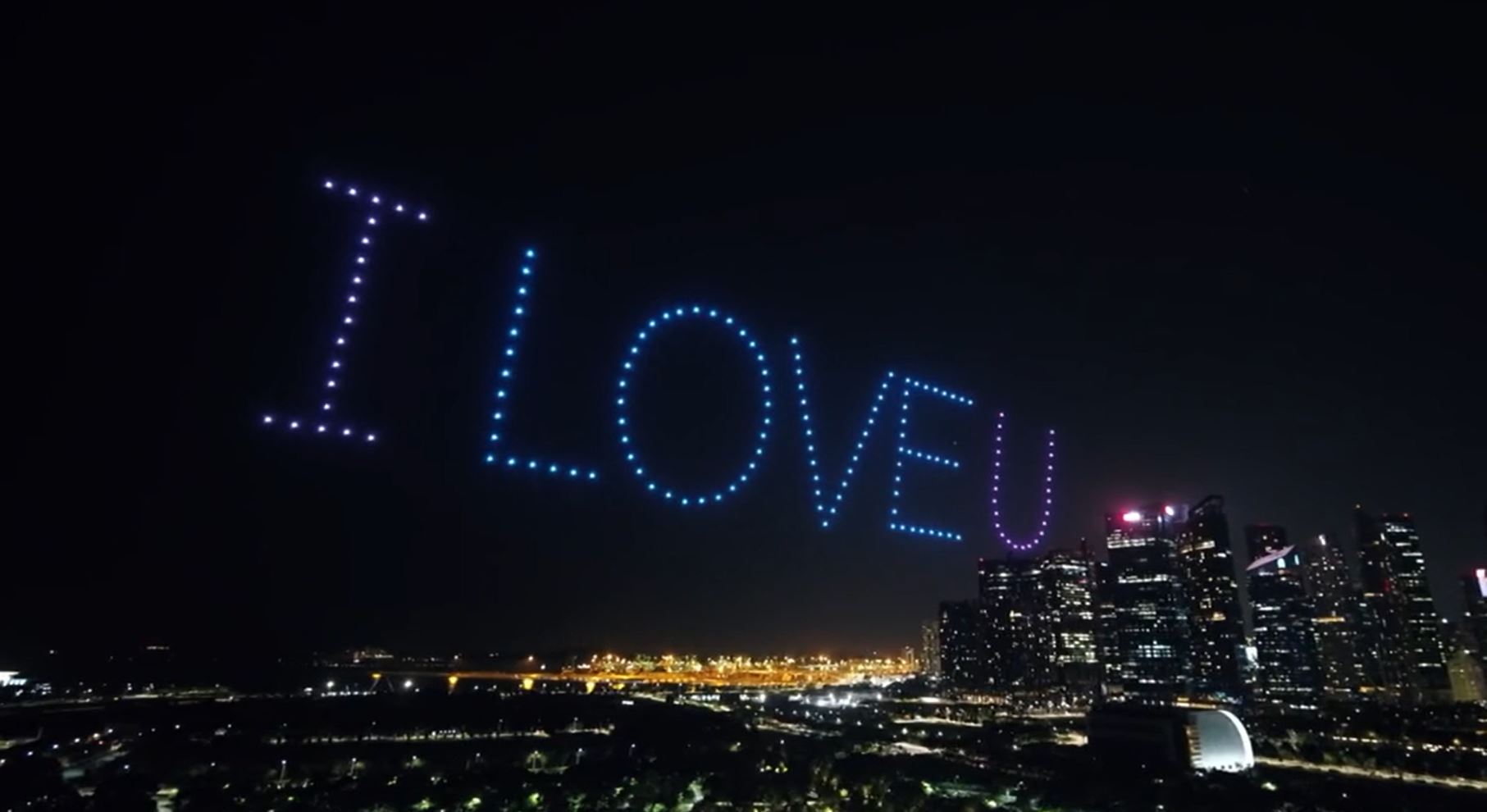 The proposal then ended perfectly with drone ‘fireworks’ to celebrate the couple’s upcoming union.

Congratulations to the happy couple

This proposal must have taken many hours of planning to ensure it all went without a hitch.

Elaborate proposals like this certainly do set a high bar for those whose partners enjoy such grand gestures of love.

Congratulations to the happy couple, and here’s to wishing them a long and happy marriage ahead.