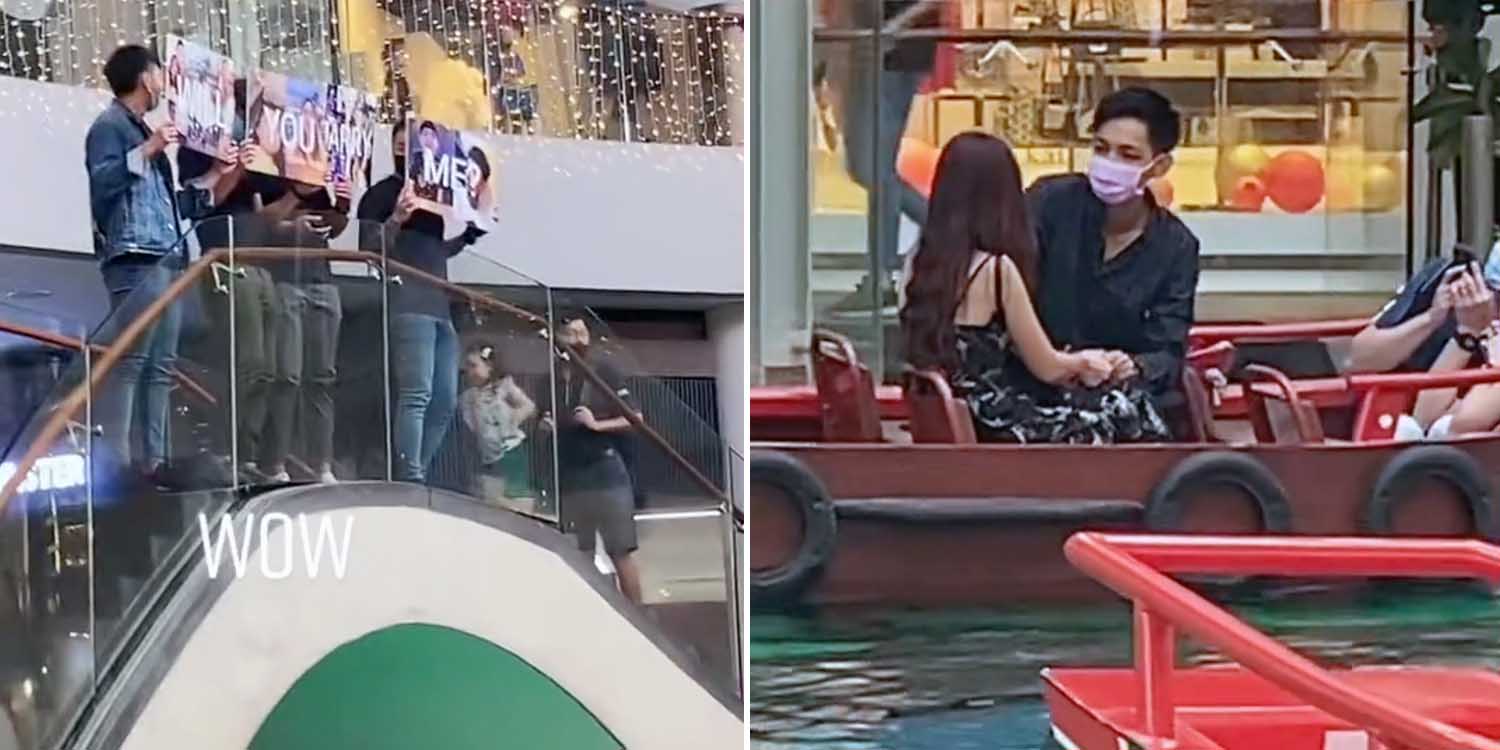 Proposing to our partner is a life-changing decision, and we’ve seen our fair share of romantic and extravagant marriage proposals.

But one man might have found the perfect way to take his relation-ship to the next level—by proposing in a mall, on a sampan at Marina Bay Sands (MBS) à la Venice.

The special occasion was captured in a TikTok video that has gone viral, garnering over 225,000 views at the time of writing.

On Sunday (23 Jan), a TikToker shared a video of the man carrying out a marriage proposal on a sampan.

The video starts with a few men, presumably the man’s friends, standing near The Canal at The Shoppes at Marina Bay Sands. 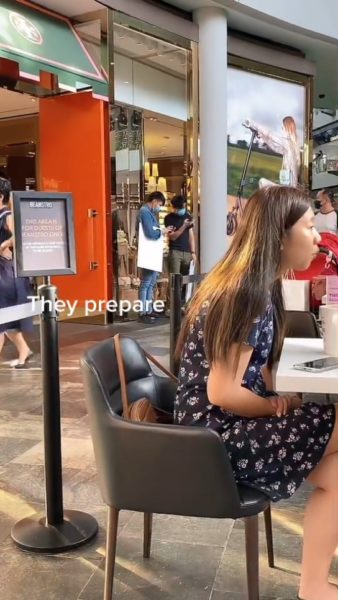 The 1-minute video shows them preparing for the big moment to come. They were each carrying large boards that would be used as props for the proposal. 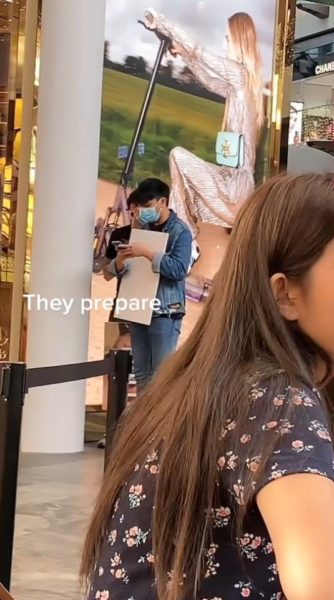 Not long after, the man of the hour was seen holding a lady’s hand on a sampan as they chatted on the boat ride. 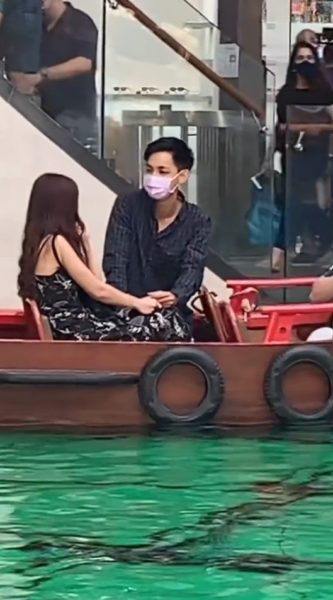 The men then stood on the overhead bridge and held up signages.

It was time for the big reveal as the boards came into view. Pieced together, they read, ‘Will You Marry Me?’ 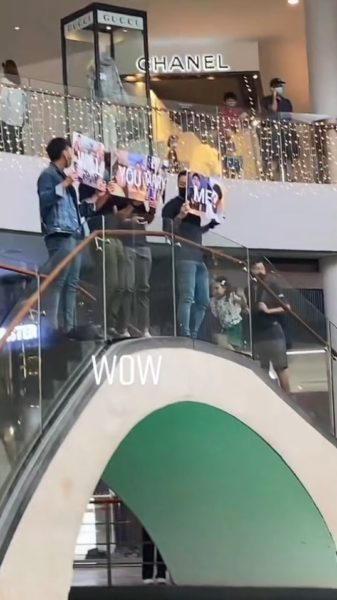 The background of each board was even thoughtfully designed with photo collages of the couple.

As the boat slowly turned and faced the overhead bridge, the man seized his moment. Holding her hand, he presented her the ring. 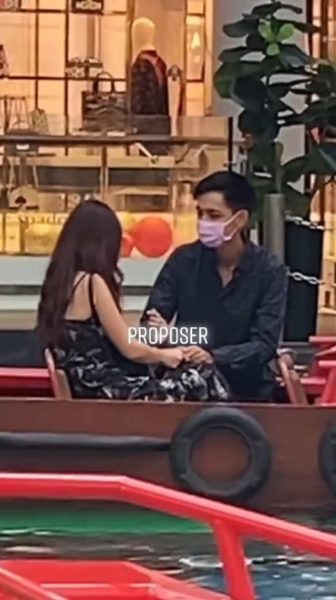 Just a few heart-palpitating moments later, a caption appeared on the video, ‘She said yes’. 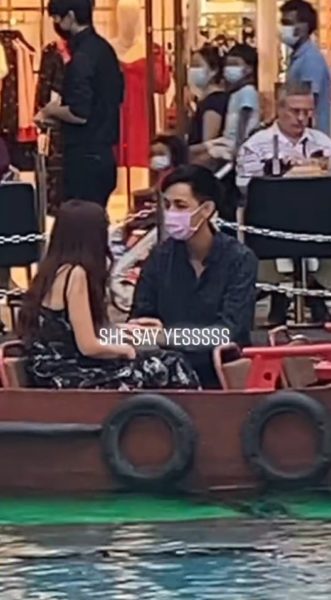 The man then joyously celebrates his smooth sailing proposal, throwing his arms up in the air. 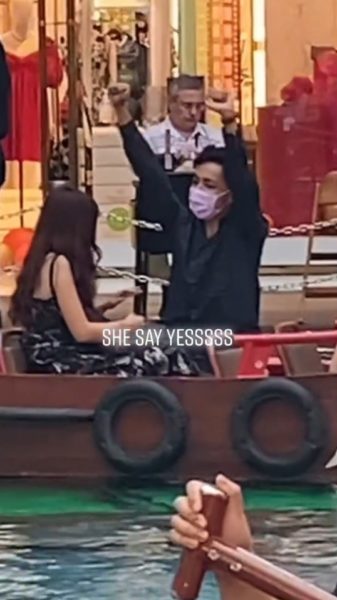 He then embraced his soon-to-be wife, sharing the heartwarming moment with friends and onlookers around the wooden boat. 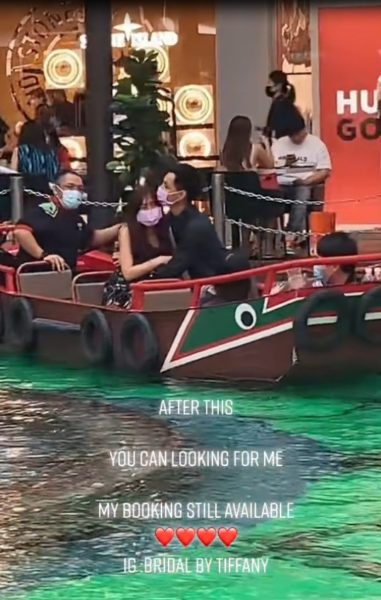 Proposal warmed the hearts of netizens

This wholesome moment has since made its rounds on social media, warming the hearts of countless netizens.

Many found the romantic proposal unique, saying it raised their standards for proposals.

Another netizen said she teared up watching the video.

One netizen shared that she found it so cute that she had to cry into her pillow after watching it.

This proposal idea captured the hearts of many. It’s truly a blessing that we get to share this joyous moment with the couple.

MS News wishes the couple a blissful and happy marriage ahead.

What do you think of this proposal? Let us know in the comments below.