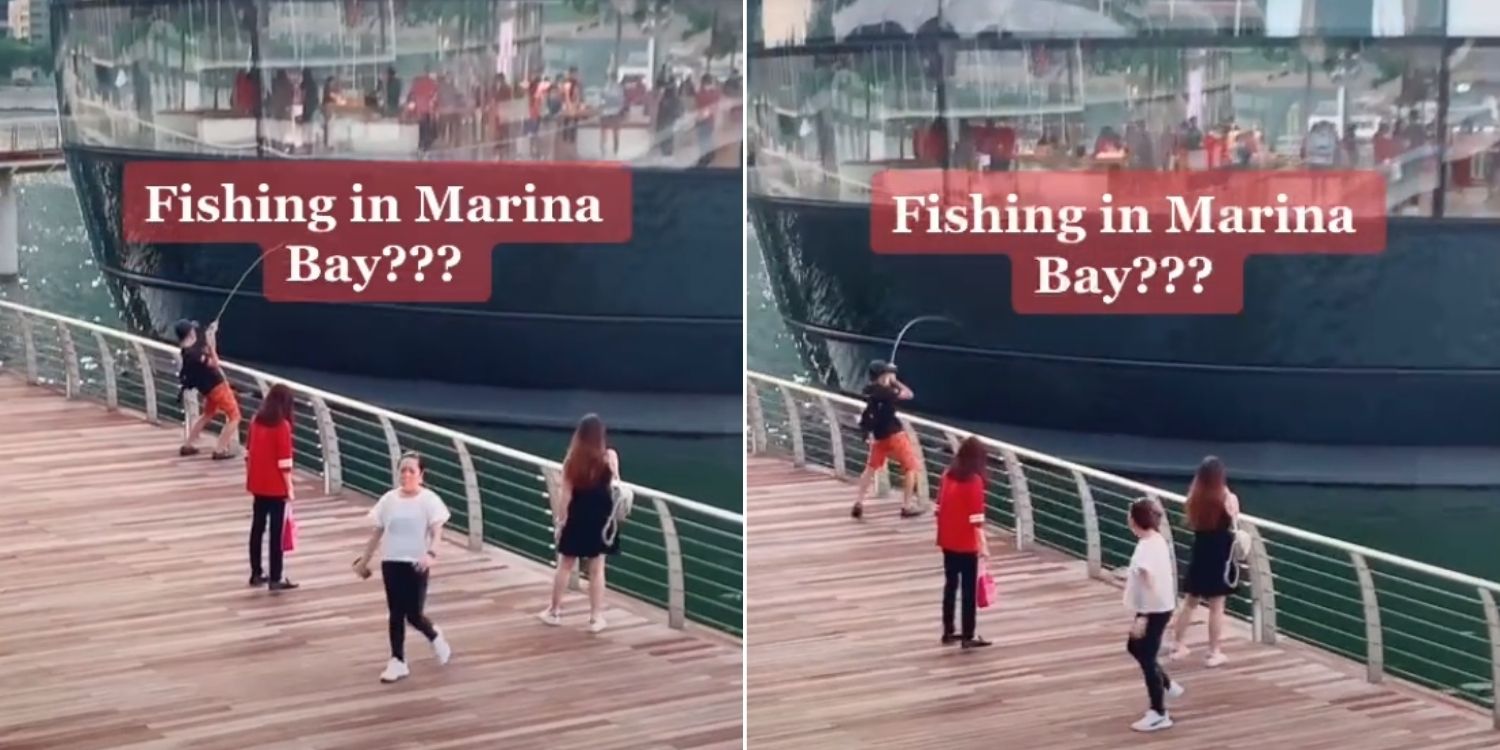 Fishing is a recreational activity many Singaporeans enjoy.

But Singapore has strict rules about specific locations where anglers can cast their hooks. So when a boy was spotted fishing at the Marina Bay Sands (MBS) boardwalk, it raised a few eyebrows.

The incident was caught on video and shared by a netizen on TikTok on Saturday (28 Nov). 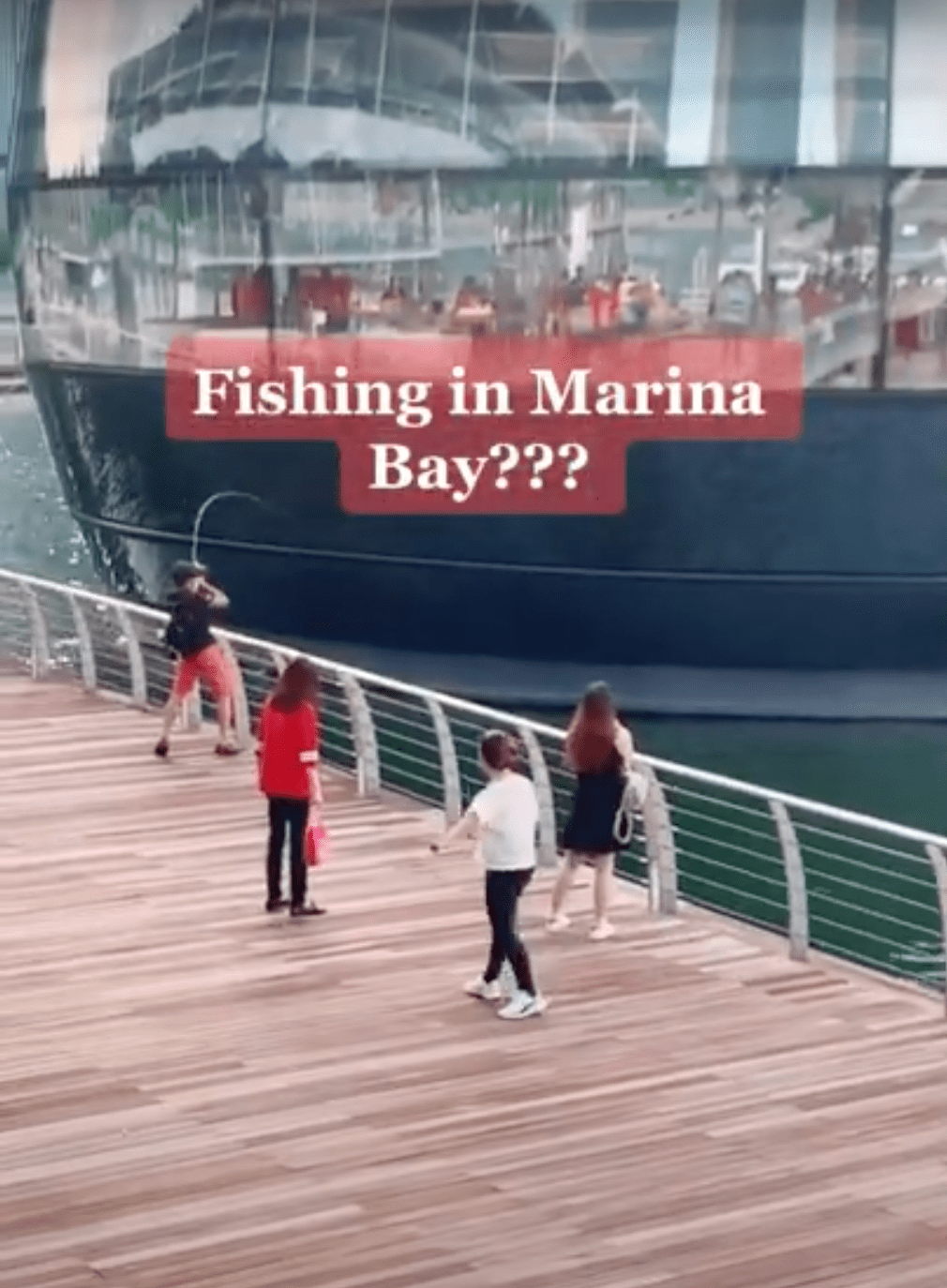 The Public Utilities Board (PUB) has previously stated that it’s illegal to fish at MBS boardwalk and violators could face fines.

On Saturday (28 Nov), a TikTok user shared a video of a boy fishing at the MBS boardwalk.

The video shows the boy in a black t-shirt armed with a fishing rod outside MBS, just next to the Apple store. 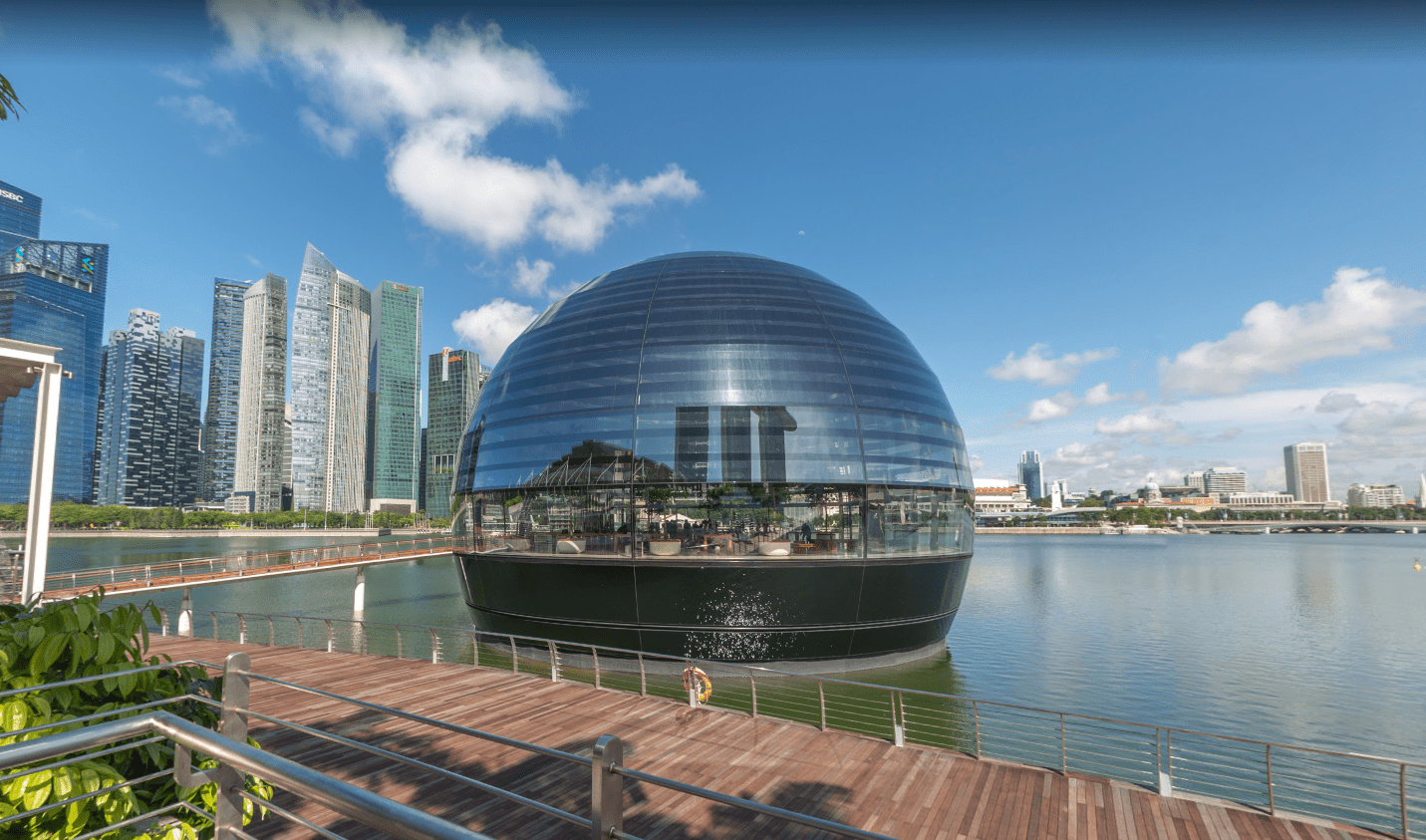 He appeared to be in the midst of a fierce ‘battle’ against a fish as he tugged on his fishing rod repeatedly.

A few passersby can be seen watching on curiously as the boy continued doing so. 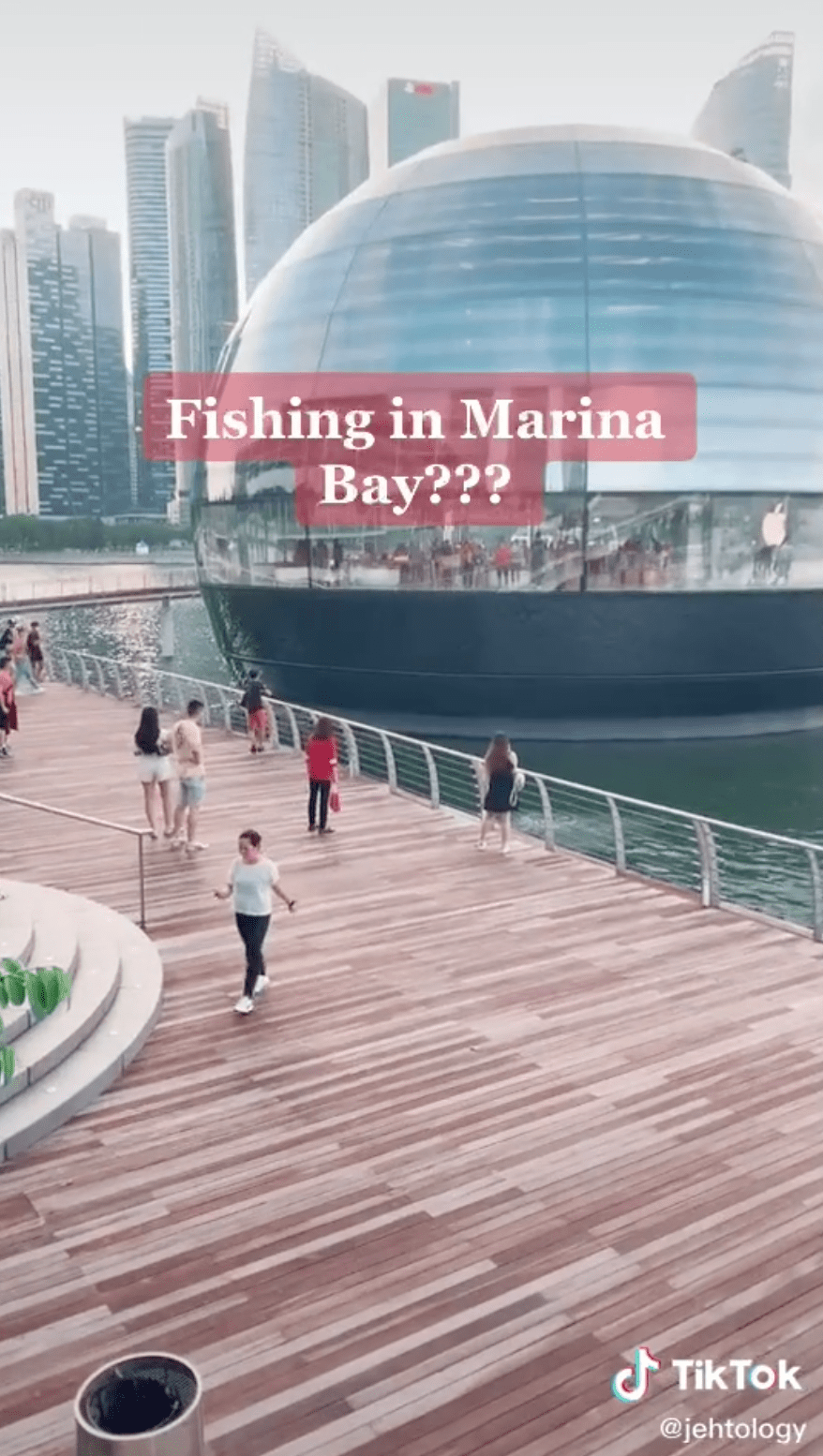 The netizen behind the camera can also be heard questioning whether fishing is actually legal at MBS.

Understandably, the sight of someone fishing at MBS soon drew a crowd. After all, the boy looked a little like a fish out of water, among the people casually strolling by.

In the netizen’s next update, a man in uniform, who appears to be a security personnel, stood close to the boy.

He seemed to be speaking to someone via a communication device, though he didn’t proceed to approach the boy. 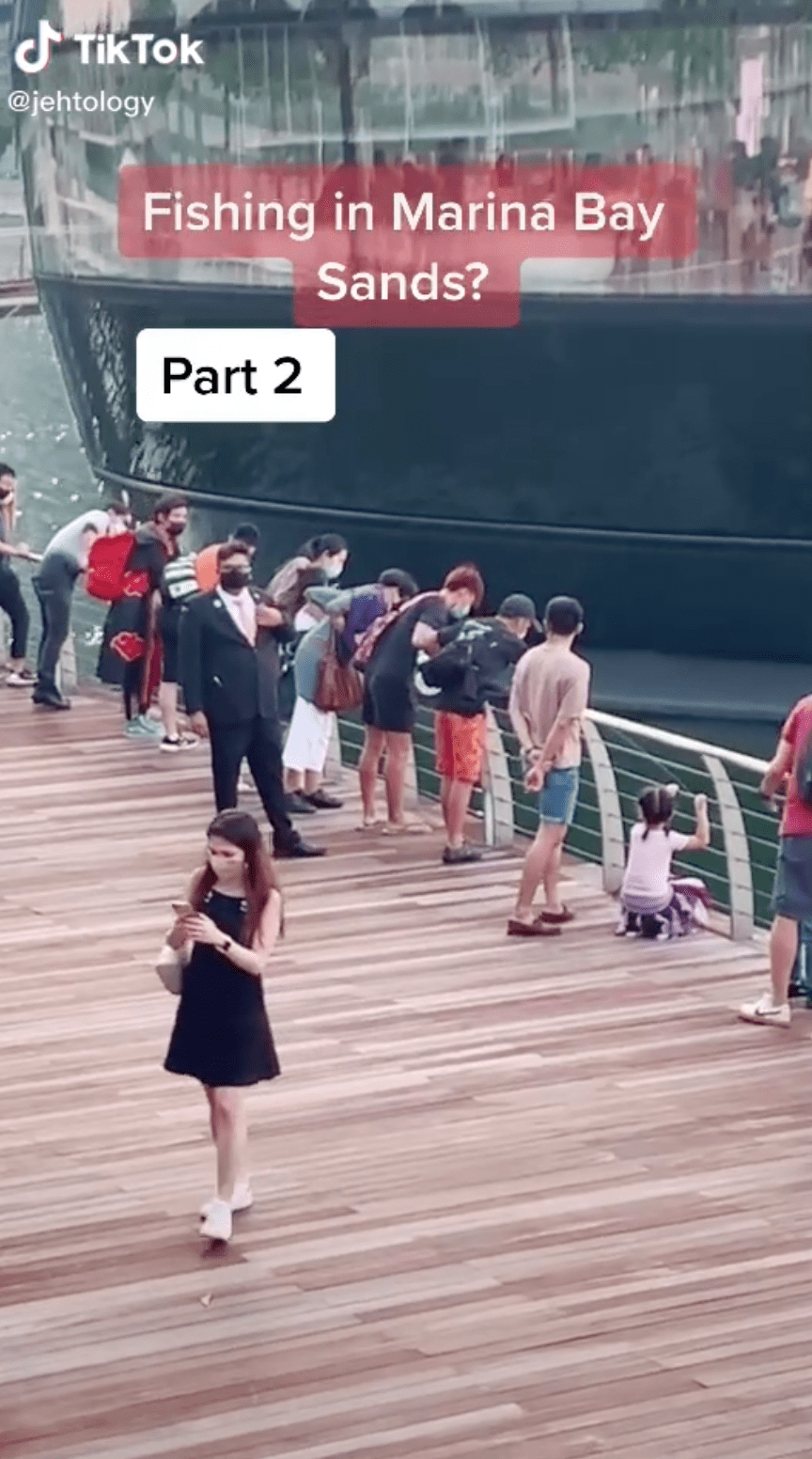 It is unclear if any instructions were given to the boy but he can be seen reeling in his fishing line at the time. 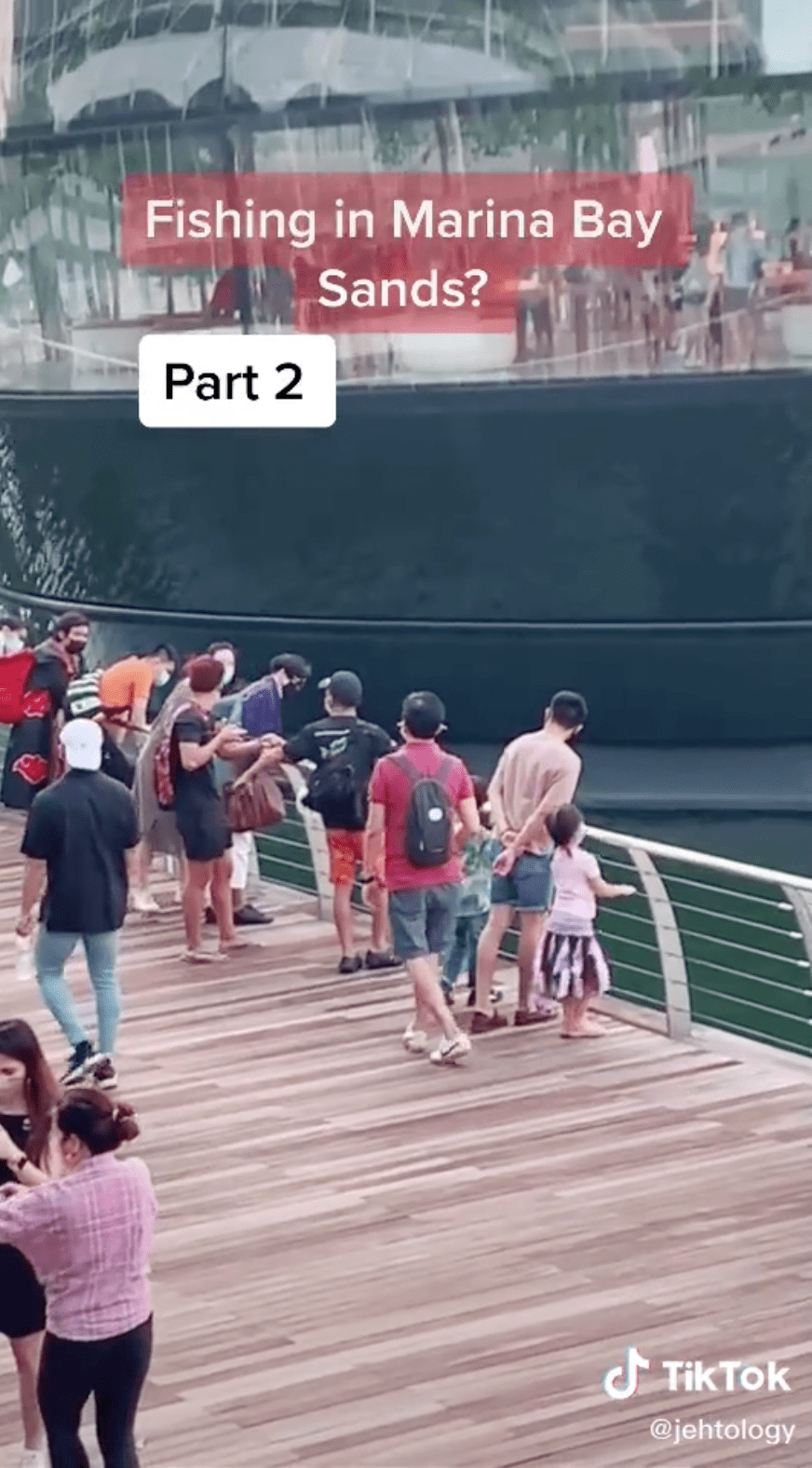 The crowd that had gathered around him continued to watch on as he did so.

This is not the first time an angler has been caught fishing at MBS. Back in May, 2 youths were also seen fishing in the area.

Singapore’s national water agency, PUB has strict regulations on fishing. Anglers are only allowed to fish at designated locations in Singapore.

Marina Bay Sands waters are part of Marina Reservoir, and PUB has previously emphasised that it is illegal to fish there.

According to STOMP, there are prominent signs along the boardwalk to inform the public of this. CCTVs are also installed along the boardwalk for surveillance.

Those caught violating these fishing regulations may be fined up to $3,000.

MS News has reached out to PUB for a statement on the incident.

PUB has strict laws on fishing to keep our reservoirs and waterways safe and pleasant for all, including wildlife like otters.

Through this incident, we hope the boy will learn the importance of responsible fishing.