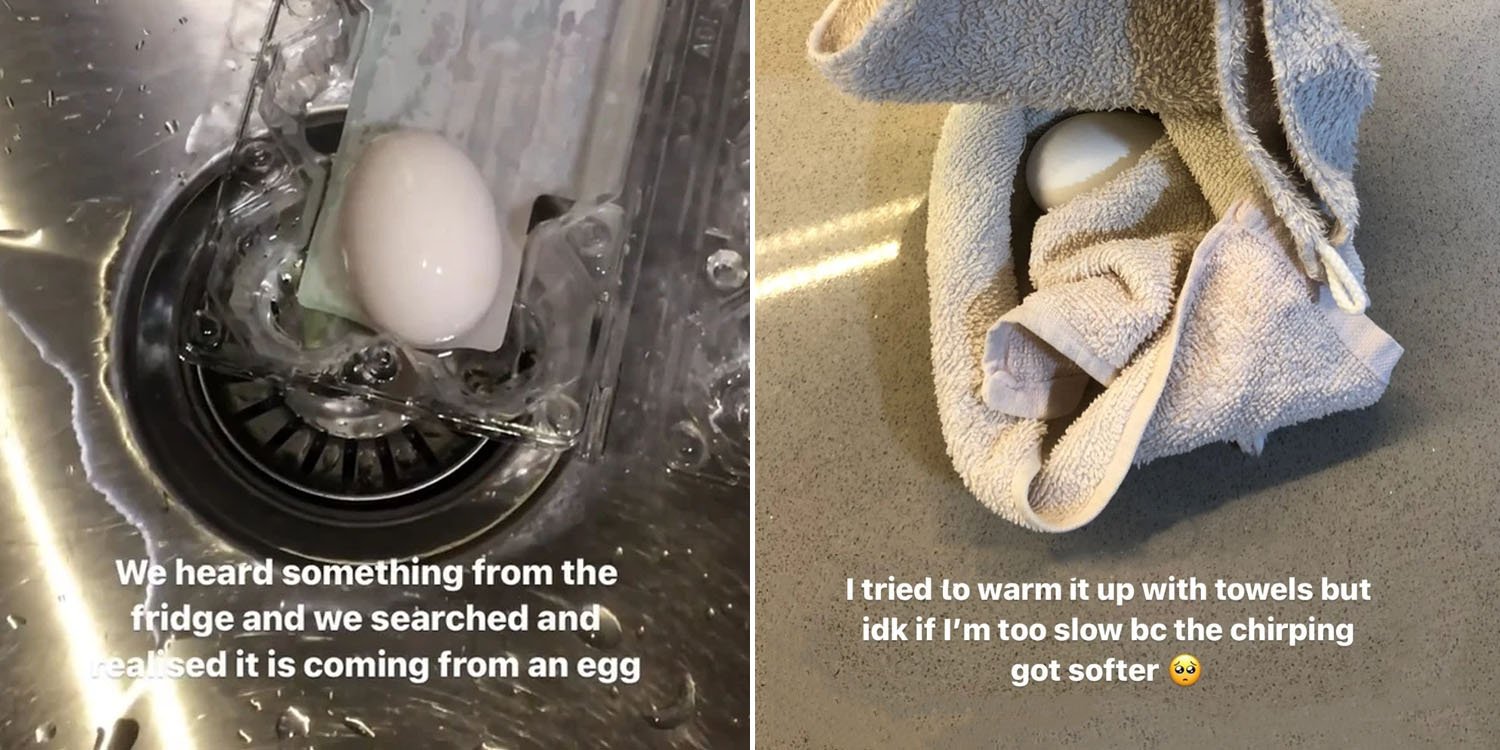 When shopping for eggs in the supermarket, we’d normally expect them to be unfertilised. This means it’s unlikely that the eggs can ever be hatched.

However, one lady in Singapore encountered a curious case of hearing chirps coming from the last egg in her carton. 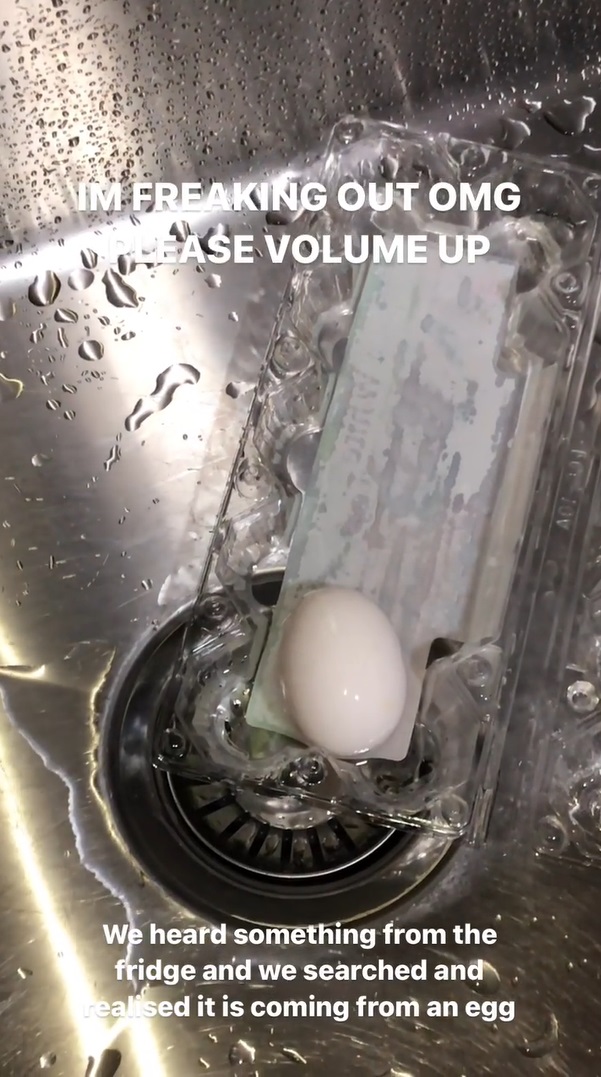 Later, she doubled checked it in a quieter room and confirmed that the chirping noise indeed came from the unhatched egg.

The unexpected turn of events has got her seeking advice on Instagram as she thinks that it may hatch at any time.

The unhatched chick fiasco was first shared on Instagram stories by Wei Ran.

On Tuesday (26 Oct) morning, she had heard a noise from the fridge. After searching and pinpointing the source of the noise, she found that it was coming from an egg.

To confirm her suspicions, she brought the egg out of the fridge and into a quieter room to check. That’s when she could confirm that the noise was indeed coming from the egg.

Looking for a course of action to take, she shared a screenshot of a text conversation she had with somebody who informed her that the egg might be hatching soon. 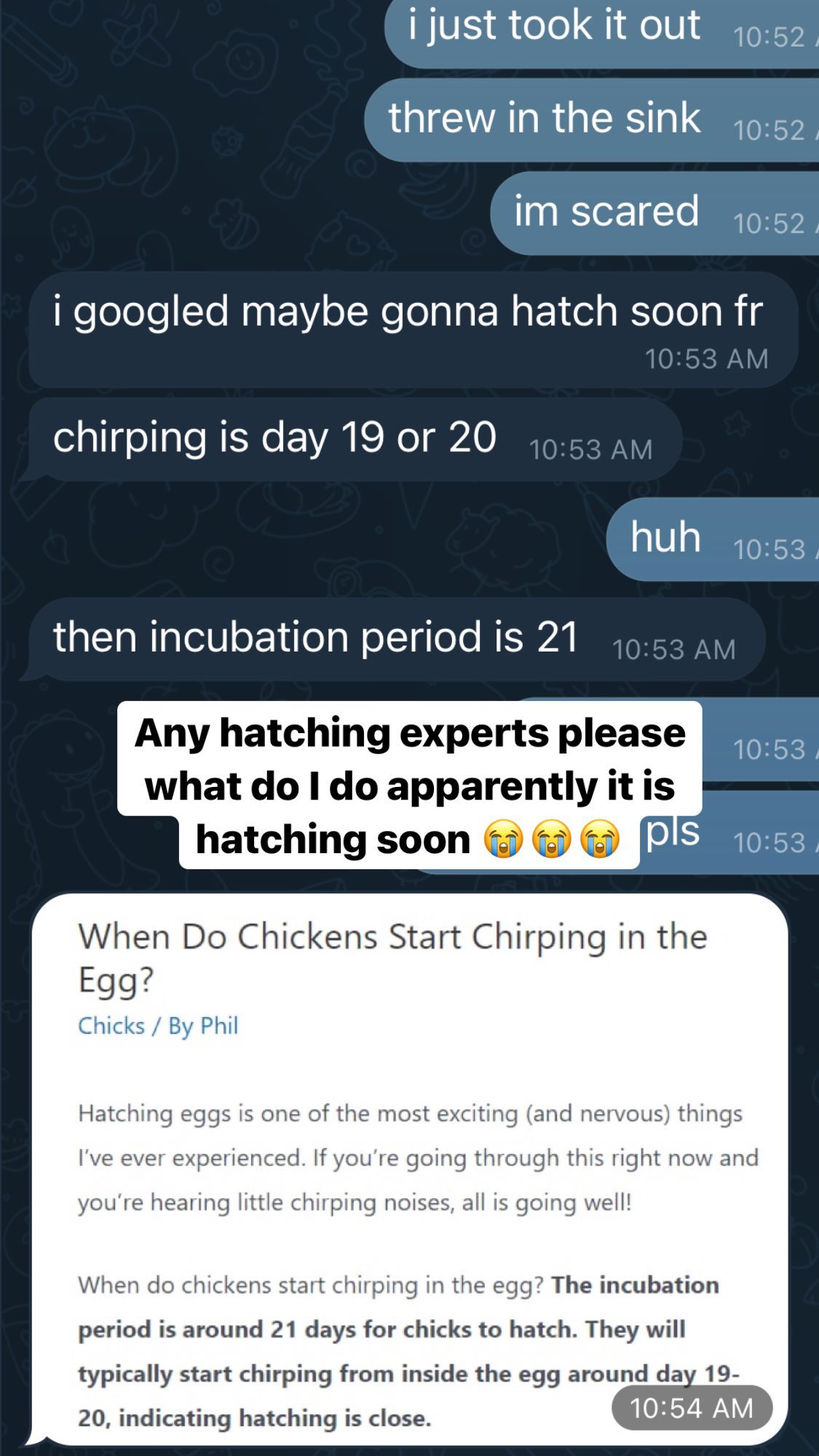 After learning of this, she tried warming up the egg with some warm towels but commented that the chirping had become softer. After her shocking encounter, Wei Ran conducted some research and found a concerning review of the brand of eggs that was posted on 24 Oct.

The review shared a bloody image of what appears to be an undeveloped chick embryo swimming in a pool of instant noodles. 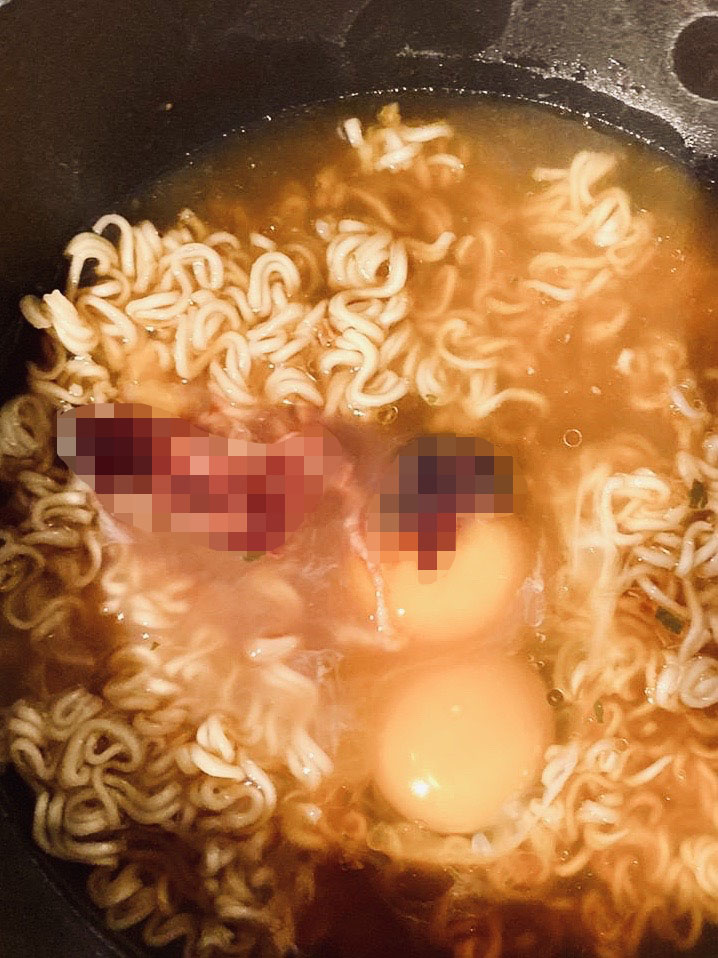 The embryo allegedly came from the egg bought from the same egg producer and managed to go through quality inspections.

Wei Ran told MS News that she contacted the egg distributor and they would be collecting the egg for further investigation.

The egg distributor also reportedly told her that it’s not possible for a chick to be inside as the eggs have not been fertilised.

MS News has also reached out to the egg distributor for comment and will update the article accordingly.

Chirps from egg unlikely but plausible

This odd chain of events sounds as unlikely as it is plausible. Hopefully, the lady handles the delicate situation with care.

We also hope that the authorities will look into this lapse ASAP.

What would you do if you were in this lady’s position? Let us know in the comments section below.