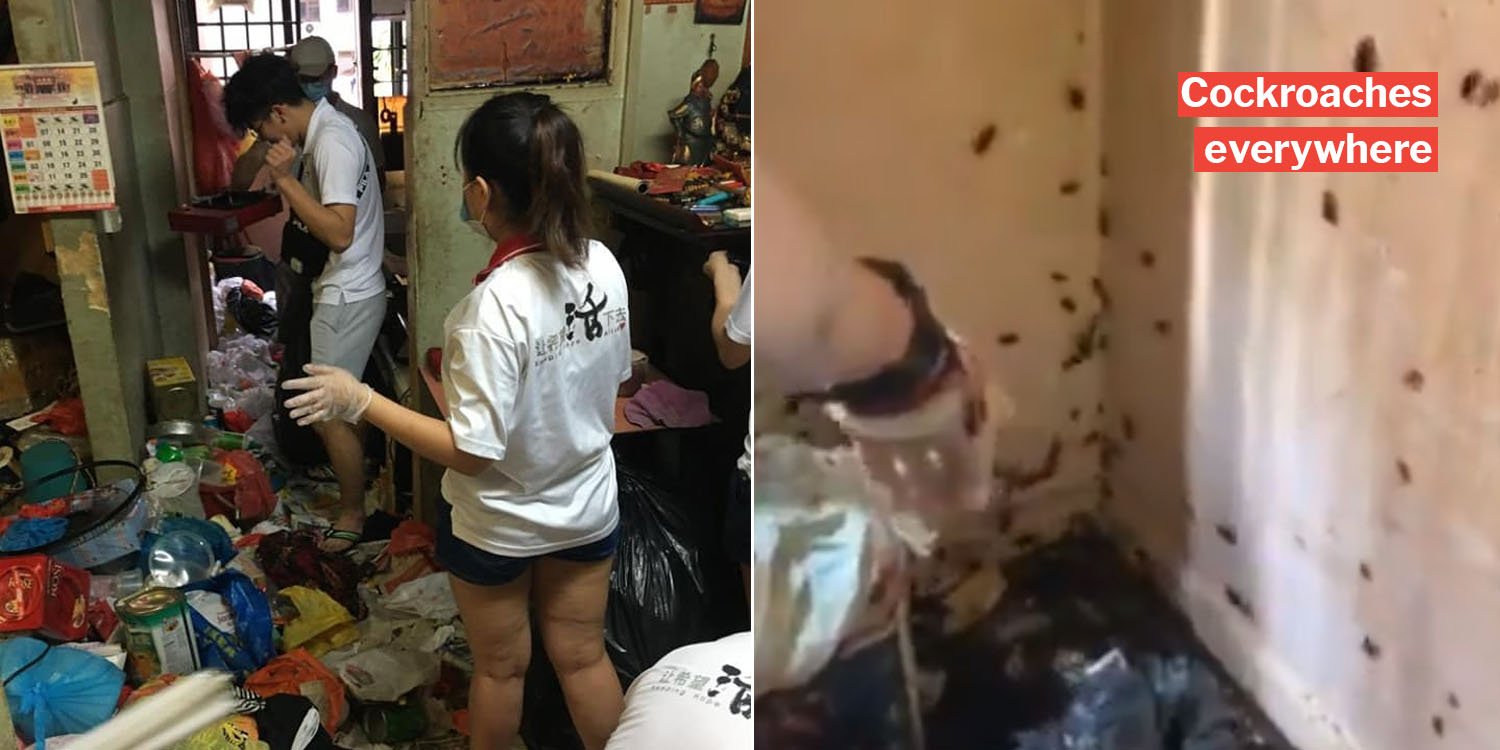 With a large ageing population and low birth rates, the elderly living alone in Singapore is an inevitable phenomenon.

Left to fend for themselves, however, some like this old man living in a small flat along Beach Road need help to get by. 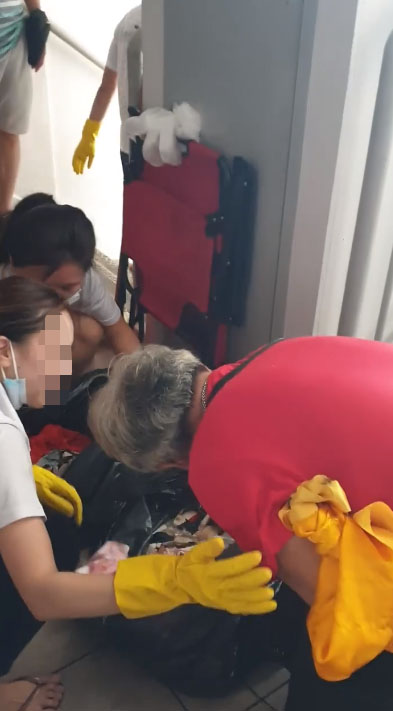 Thankfully, groups like Keeping Hope Alive are around to do just that, making life just a little bit easier for them.

CW: some images further down in this article contain cockroaches and are quite graphic.

Volunteers from Keeping Hope Alive, who render help weekly to residents living in rental flats, were at Beach Road on Sunday (20 Oct).

Besides carrying out their usual charity work, they also often shed light on the plight of some of the individuals in need.

This time, they shared the predicament of an elderly man who lives alone in a flat at Block 5 Beach Road. 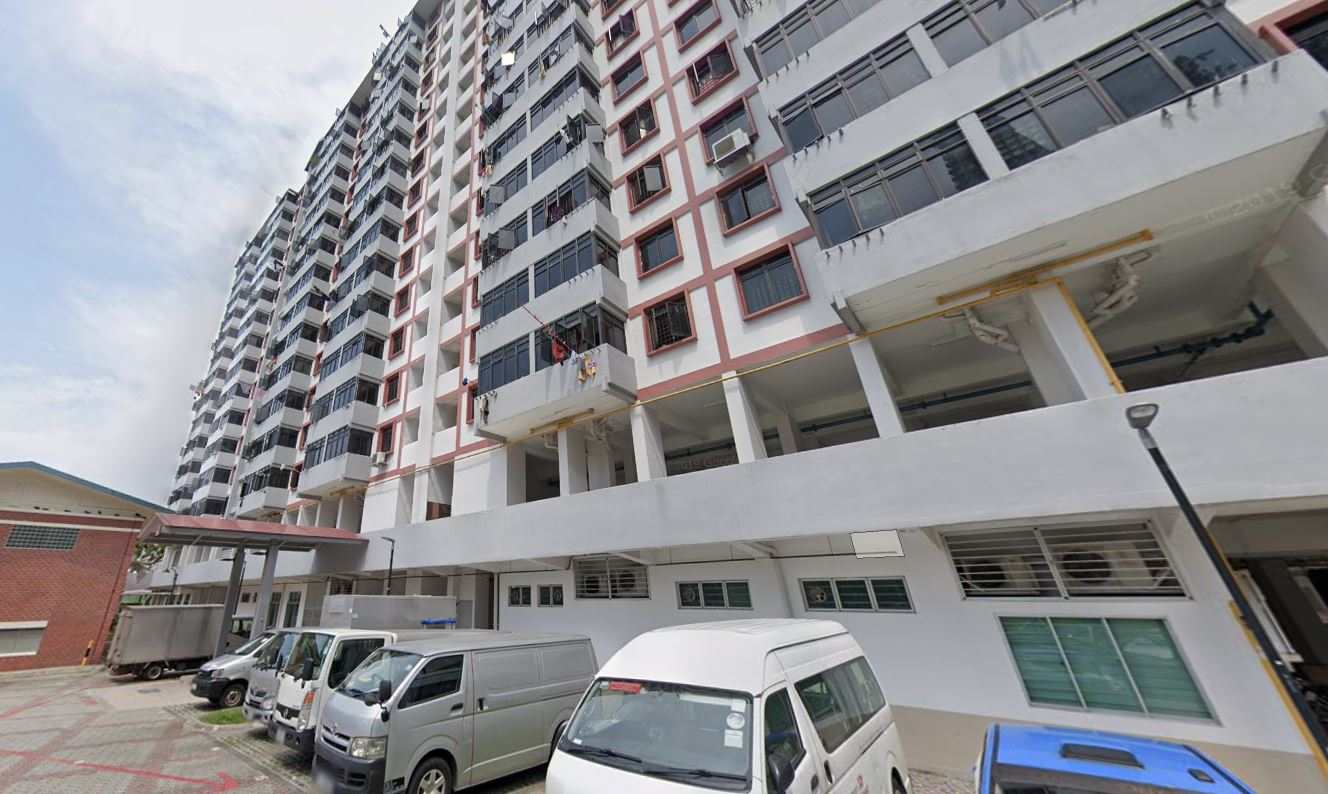 From pictures shared on Facebook, the man’s living conditions appeared dismal. Volunteers seemed to have a hard time even finding a bare spot to step on, as all sorts of items covered every inch of the floor. But the clutter proved to be the least of their worries, as they discovered a bigger concern – cockroaches. 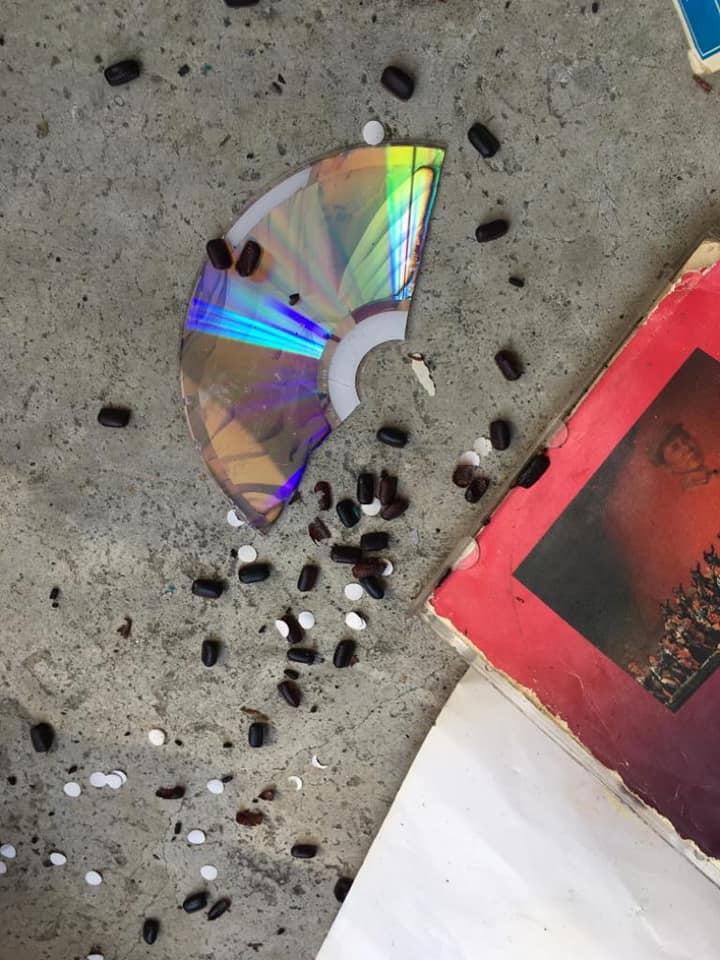 By the sight of the multiple cockroach eggs, you can imagine how many of the creepy crawlies could be running around the flat. If you think this was graphic, brace yourselves for more.

As the volunteers set about clearing the clutter, the pests began to show up in every nook and cranny. They crawled out from under plastic bags and piles of old newspapers, which were all over the dirty floor. 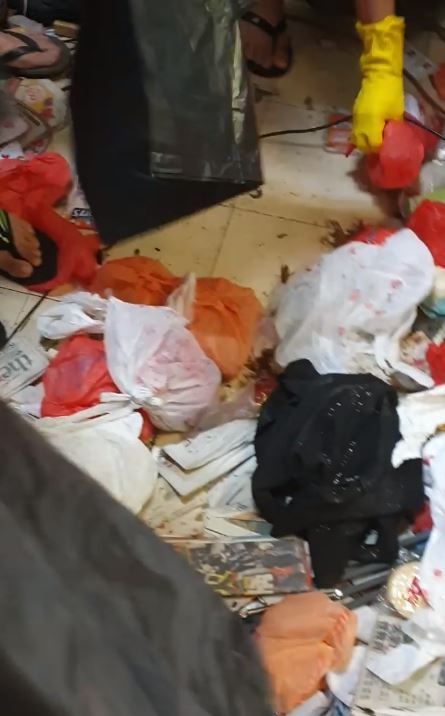 Luckily, the volunteers were armed with cans of Baygon, which they sprayed all around the flat. For any of us who have done that before, we know that spraying will only make more of them appear. 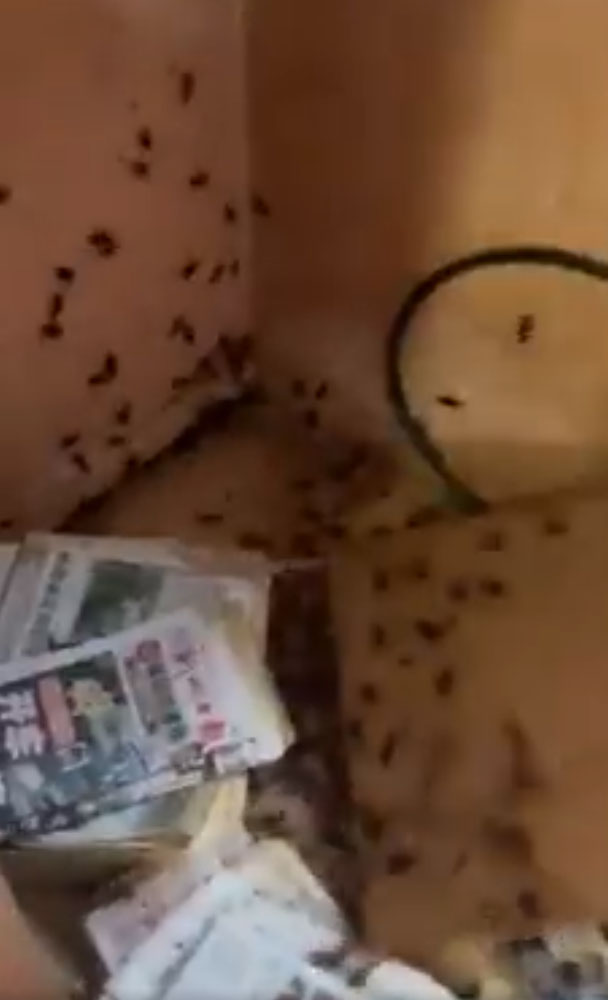 That’s probably more cockroaches in one place than many of us have seen in our lifetime.

Watch a full video of the entire process here:

Kudos to the volunteers for their help

We don’t know how long the volunteers took to clear everything, but after what looked like a gruelling time, the flat appeared much cleaner than before. 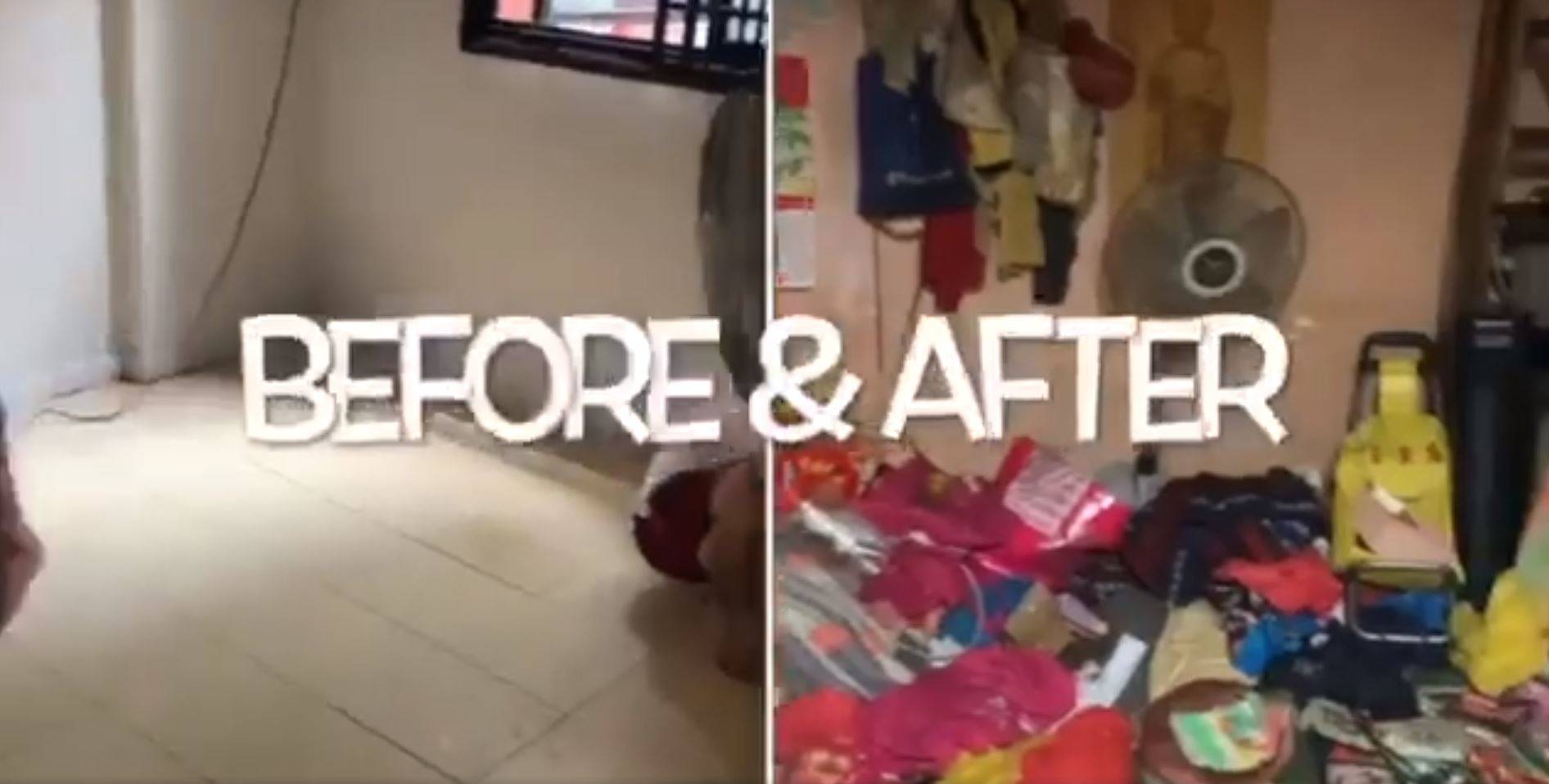 We really have selfless people like the Keeping Hope Alive volunteers to thank for looking after the welfare of the old and alone in Singapore.

Without their dedicated efforts, who knows how long the elderly would continue living in such poor conditions for.

In such cases, financial assistance can only go so far. Perhaps we can all take a leaf from their book and help people in need by volunteering whenever we’re able to.