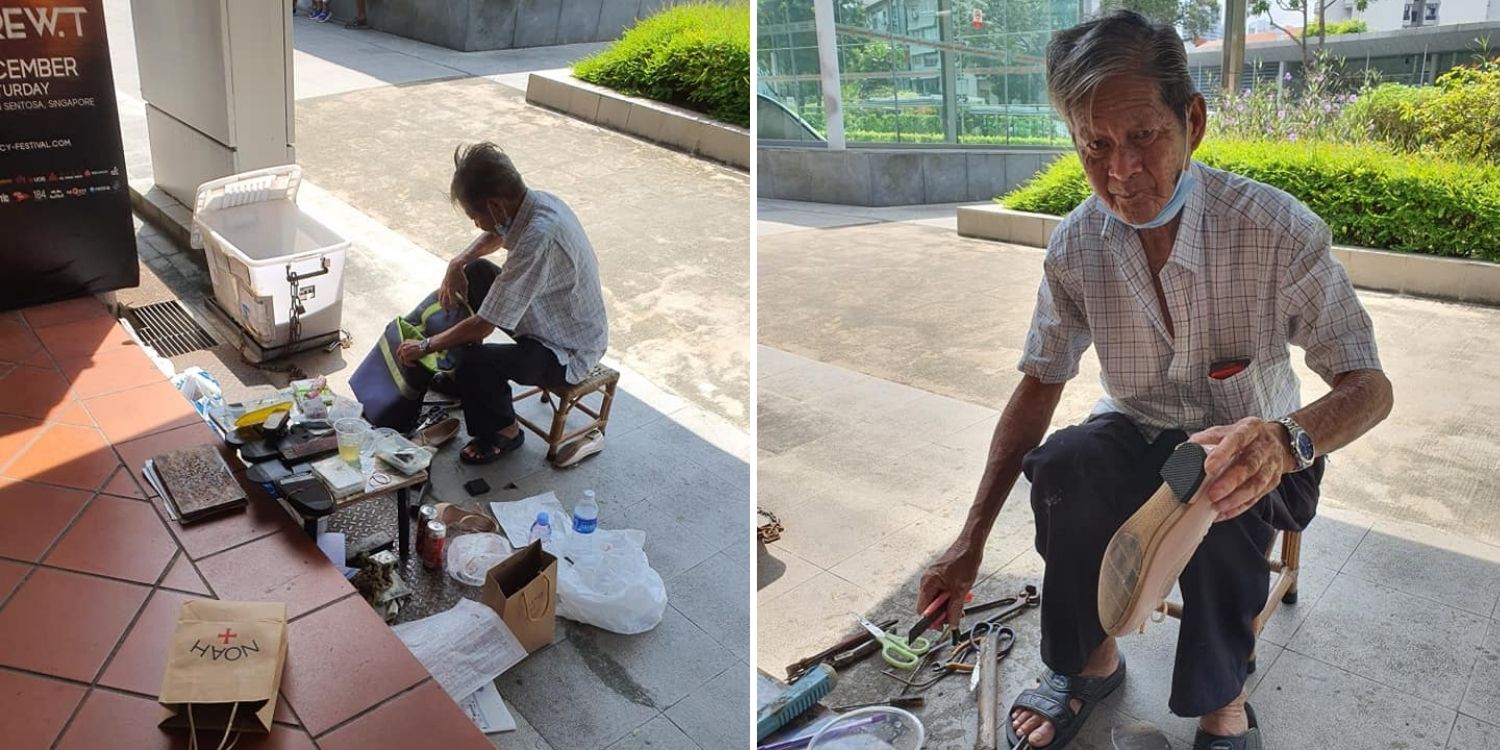 Dying trades like cobbling and kacang puteh peddlers are hard to come across these days. However, they do exist, and 1 of them continues their trade even in their old age.

A netizen located an elderly cobbler peddling away in the shade near Holland Village MRT. 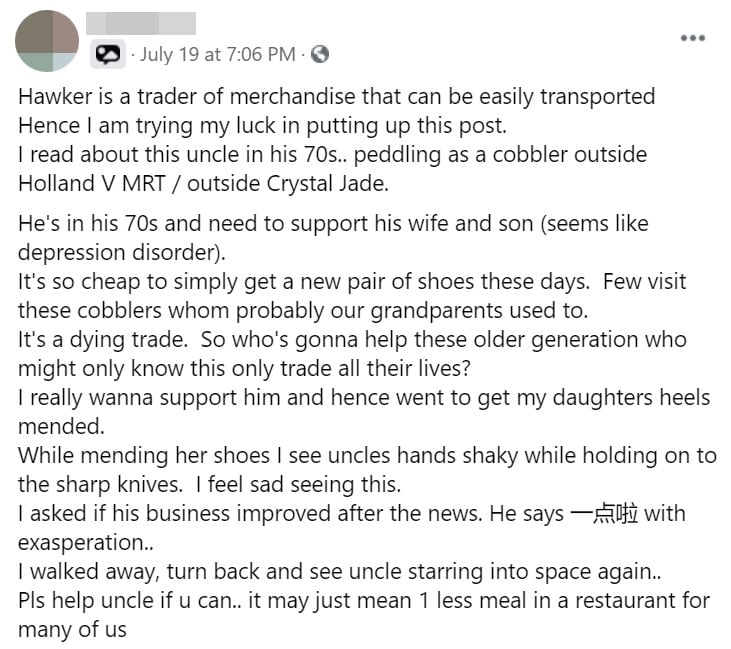 The man in his 70s continues working on damaged shoes despite his old age, all to support his wife and son. The netizen who had read about this elderly cobbler in Holland Village had decided to locate and support his business.

Plying in a dying trade is difficult as the netizen suggests that only the older generation would look for cobblers like him when their footwear becomes damaged.

If that were the case, it would be difficult for him to get by, as the netizen suggested.

Thus, the netizen decided to support him by bringing her daughter’s heels to get mended. 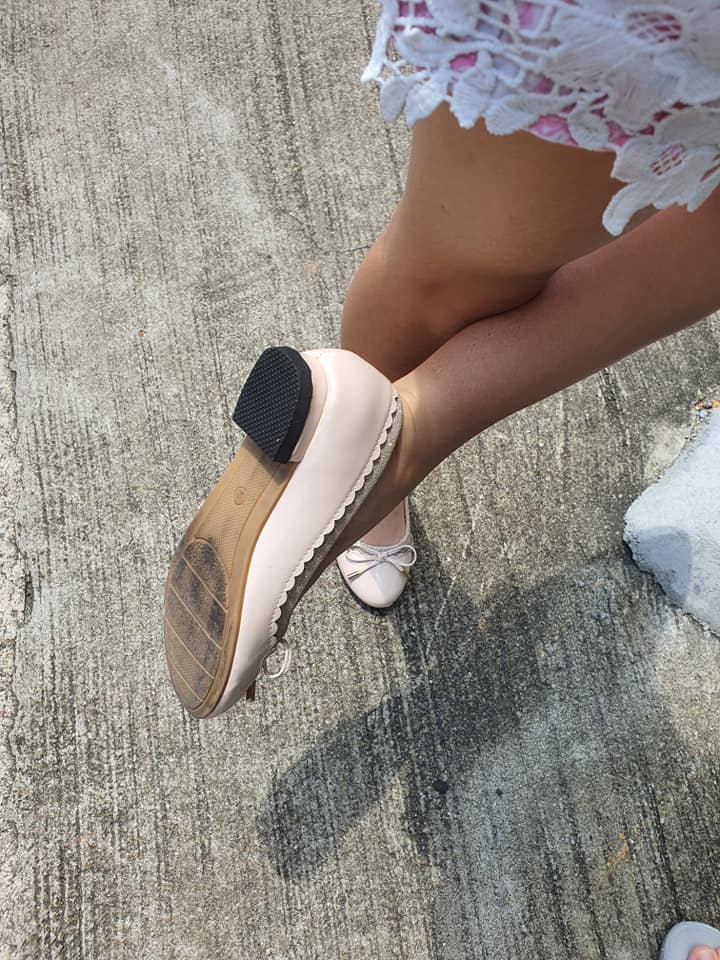 She noticed his shaky hands as he held onto a pair of knives while working away on the pair of heels. 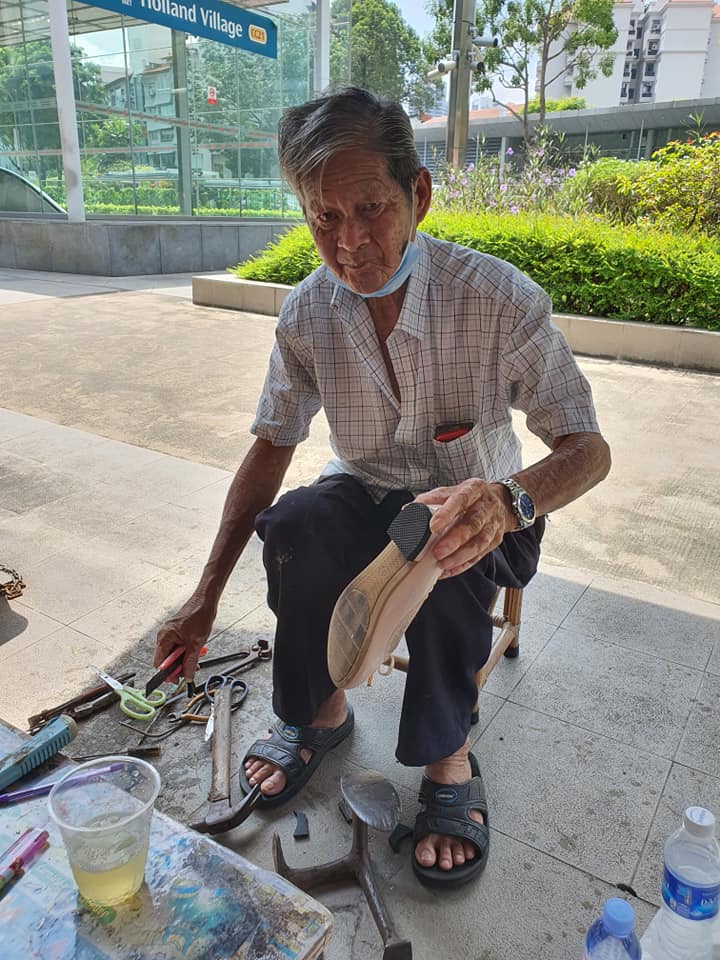 The netizen also asked the cobbler if the business had picked up recently, to which he replied in Mandarin, “A little,” although with some exasperation.

Once the elderly cobbler fixed the pair of heels, the netizen left soon after. Before going too far, the netizen looked back to see the man staring into space with a forlorn look.

Some people have it harder than us

Although times are tough for everyone, some people definitely have it harder than us.

While it may ultimately be easier to get a new pair of shoes, consider having them repaired by a cobbler like this uncle first.

Aside from potentially saving you a few dollars, you’re be helping the older man get by by using his services. Plus, it’s more environmentally friendly to repair your damaged shoes.

We don’t know when this dying trade will cease to exist, and these days may be the last few that we can see these cobblers plying their trade.