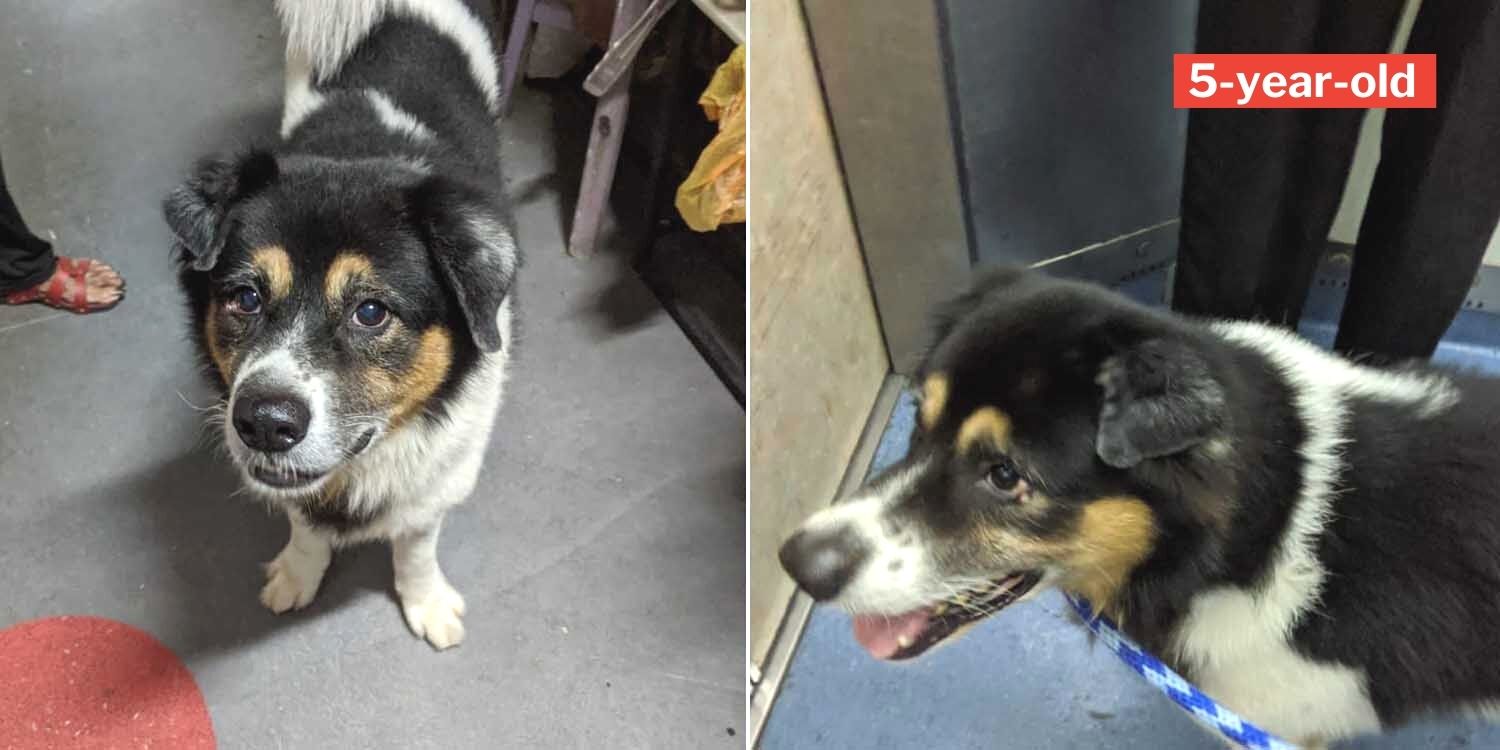 Pets often come into our lives and become part of our families, equally treasured and loved. So when one is forced to part with them, it can be heartbreaking.

On Wednesday (6 Oct), SOSD Singapore took to Facebook to share about an elderly lady who has had her dog, Frankie, since he was a puppy. 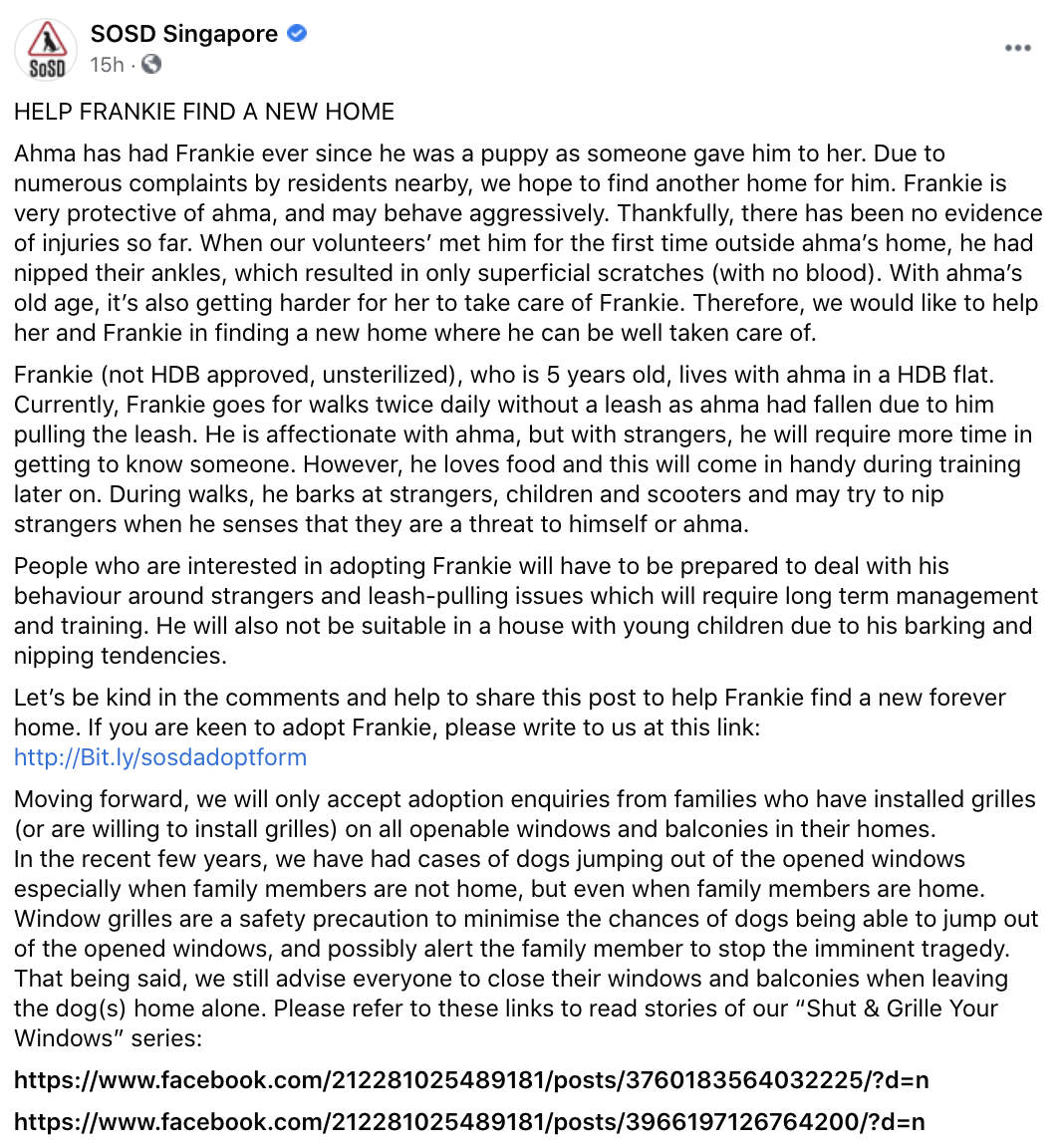 However, due to neighbours’ complaints and her old age, SOSD is now seeking a new home for Frankie.

5-year-old Frankie has been living with the elderly lady at her HDB flat since he was a puppy. 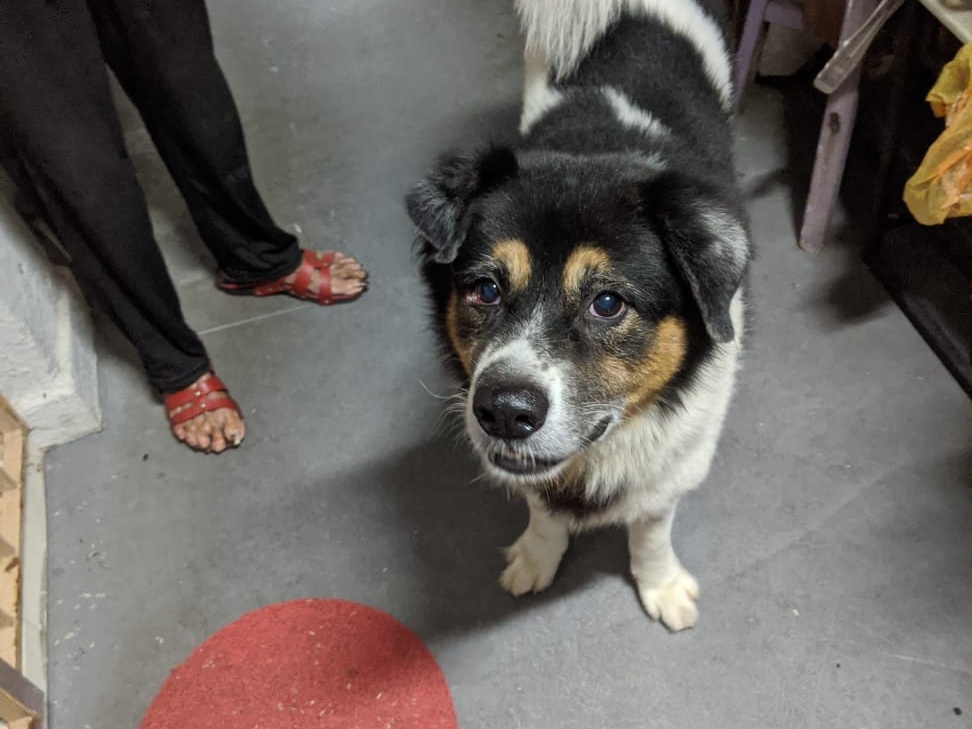 Over the years, Frankie has grown protective over his owner, occasionally to the point of aggression. But he has not caused any injuries thus far.

When SOSD volunteers visited the elderly lady for the first time, Frankie nipped at their ankles.

But thankfully, he only caused some superficial scratches that did not draw any blood.

However, recently, the elderly lady’s neighbours have allegedly made complaints about Frankie.

Increasingly hard for elderly lady to care for dog

Besides that, at the elderly lady’s age, it’s becoming increasingly hard for her to care for Frankie.

The 5-year-old doggo goes for walks twice a day and the lady had once fallen when he pulled on his leash. Now, she walks him without a leash.

During walks, Frankie often barks at passersby and may try to nip at strangers if he senses a threat to himself or his owner.

Nonetheless, Frankie and the elderly lady share a special bond and he is affectionate with her.

SOSD is now looking for a new owner for Frankie, who is not HDB-approved and not sterilised.

Frankie may take a while to warm up to strangers but he has definitely shown his capacity to love with his protectiveness and affection for his current owner. 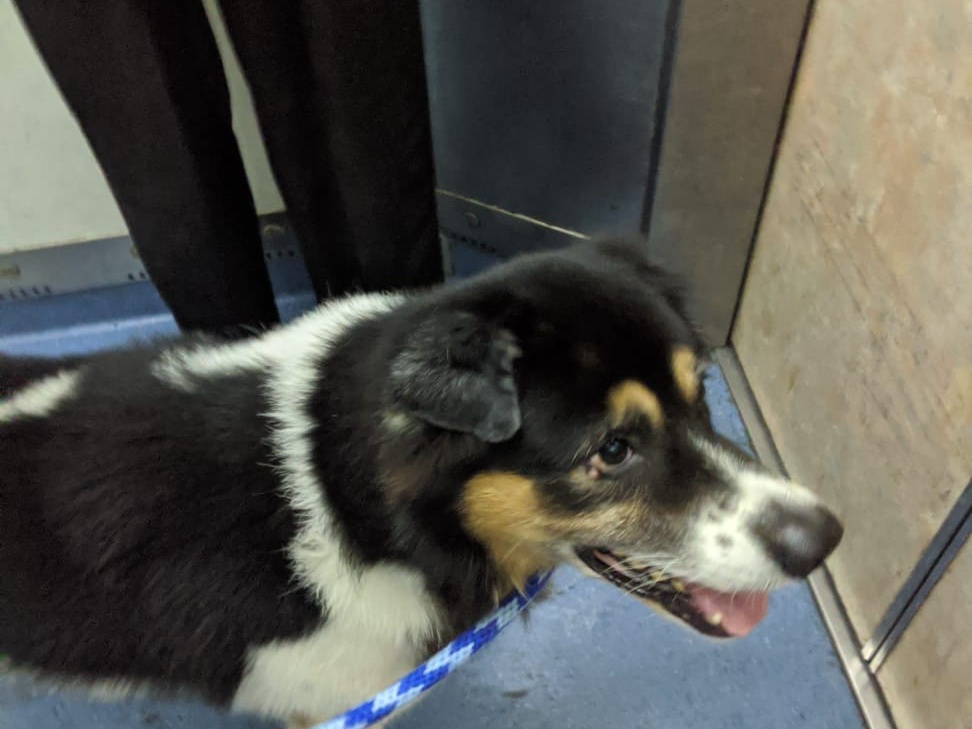 Like many Singaporeans, Frankie also loves food, which will definitely come in handy when training him.

SOSD says those interested in adopting Frankie will have to be prepared to deal with his behaviour around strangers and tendencies to pull on his leash.

To correct this, long-term management and training are required.

He is also not suitable for families with young children.

SOSD elaborated that they are only willing to accept adoption enquires from families who have or are willing to install grilles on all windows and balconies.

This safety precaution is in place due to recent cases of dogs jumping out of open windows.

Just like all of us, Frankie has his shortcomings but it’s nothing that can’t be handled with training, patience, and love.

So if you are willing to open your heart and home to this adorable 5-year-old doggo and give him a furever home, do reach out to SOSD here.

Hopefully, Frankie will be rehomed in a family that loves him just as much as the elderly lady and can provide him the care he needs, giving the elderly lady peace of mind about letting him go.