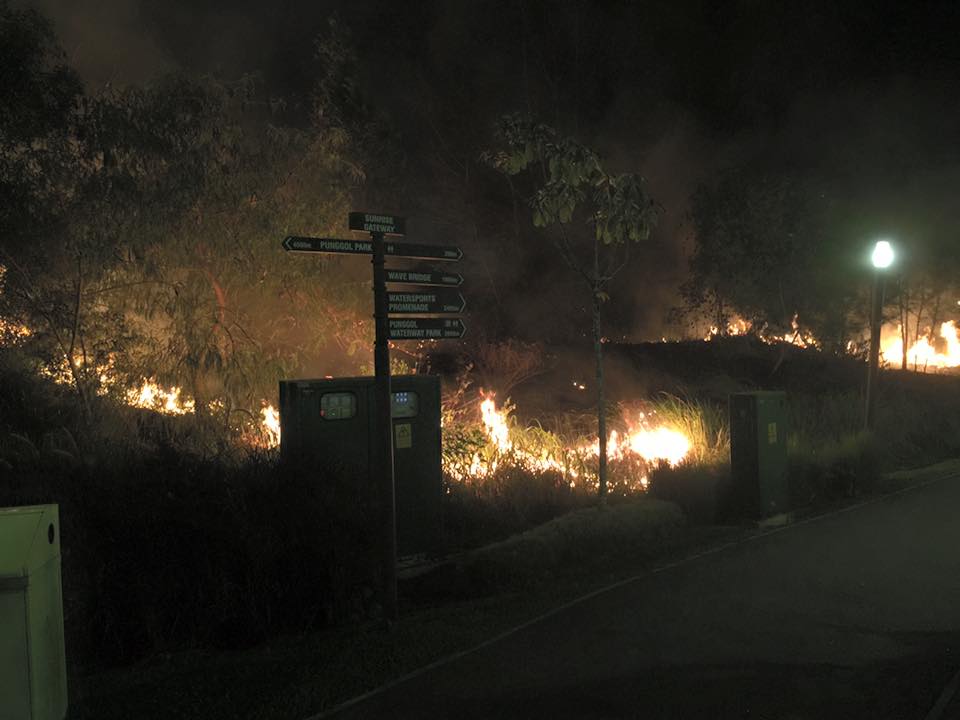 A large fire, the size of two basketball courts, spread across a park in Punggol Waterway on Saturday (30 Jan) night where unsuspecting people were cycling, walking and enjoying the park close by.

At 10.49pm, police received a call for assistance as onlookers watched in disbelief at the raging fire engulfing a part of the park.

Parkgoers and cyclists had to divert the routes as bridges were blocked because of the fire.

Some watched from a safe distance in their homes as the fire swept across the park, with plumes of smoke clearly rising into the night sky. While no one was injured, police have arrested five teenagers aged 14 to 20 in connection with the fire.

Many online are sharing the sentiment that the boys should be severely punished if they were responsible for the cause of the fire, whether it was intentional or not.

Facebook user Tay Wei Cheng who was at the scene of the fire was sure that the teens were responsible for the fire as he had seen them  playing with firecrackers, which are banned in Singapore, near the vegetation.

Another Facebook user Danial Kaiser also speculates that the boys whom he caught on camera playing with firecrackers earlier, caused the accident.

Others questioned the adults who supplied firecrackers to the teens who may not know any better.

While the internet is divided on whether the teens were at fault, perhaps there should be more public education on dangers such as fires during the festive season.