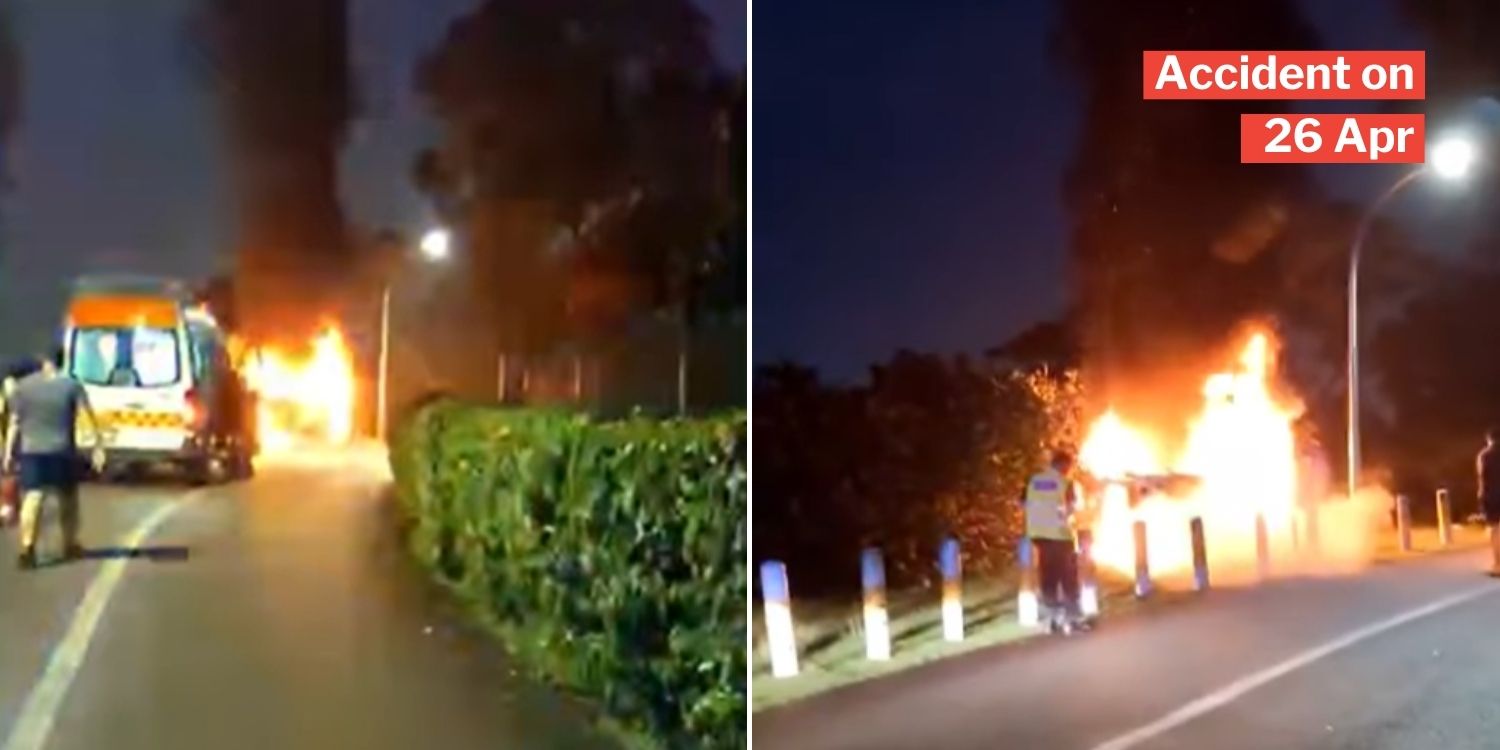 A 22-year-old driver was arrested for drink driving.

In the event of a violent car crash, fires might ensue.

On Monday (26 Apr), a traffic accident took place in Boon Lay. A van with 7 people on board reportedly flipped on its side and burst into flames. 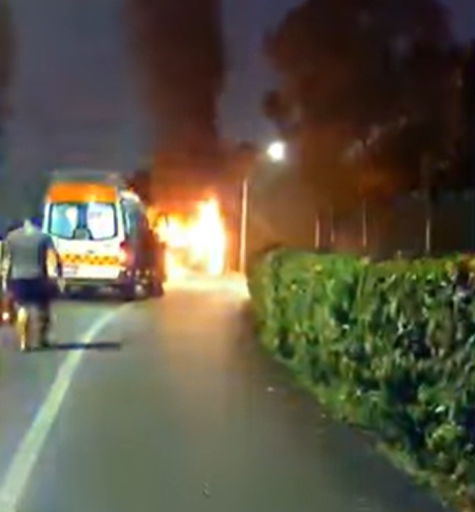 Speaking to MS News, the Singapore Civil Defence Force (SCDF) confirmed that 4 people were conveyed to the hospital.

The van with 7 people onboard crashed into some roadside bushes, before bursting into flames.

The fire reported lasted over 20 minutes. But fortunately, all 7 passengers managed to escape in time. 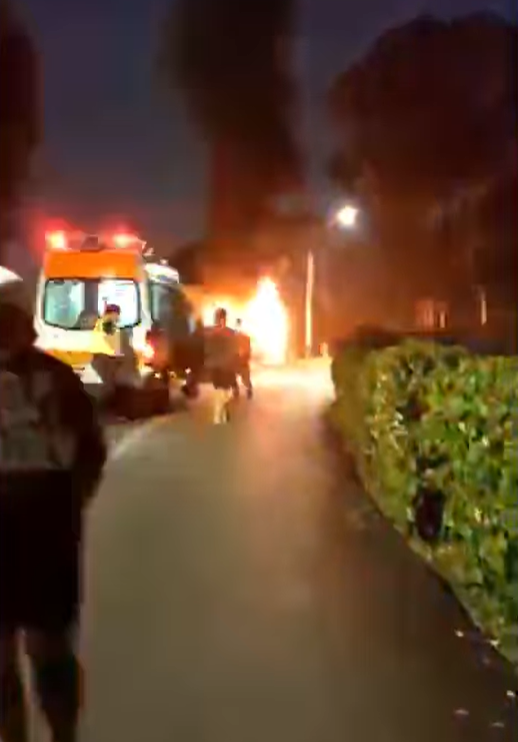 According to Shin Min Daily News, one of the passengers sought help while being covered in blood.

Members of the public reportedly helped put out the fire with a fire extinguisher.

However, due to the extent of the fire, the van was reported burned down to scraps.

In response to MS News‘ queries, SCDF says it received a call for assistance around 7.30pm on 26 Apr.

The fire at the crash site involved an entire van. Officers from SCDF then deployed a water jet to extinguish the flames.

It then conveyed 1 person to the National University Hospital, and 3 others to the Ng Teng Fong General Hospital.

The cause of the fire is still under investigation, while a 22-year-old driver has reportedly been arrested for drink driving.

While the circumstances of the accident are certainly distressing, we’re glad that all involved managed to escape in time.

We wish the injured a speedy recovery, and hope that investigation will shed more light on the cause of the fire.