Must Share News – Independent News For Singaporeans
Home Viral Foodpanda Customer Allegedly Gets Only White Rice After Frogs Are Sold Out,... 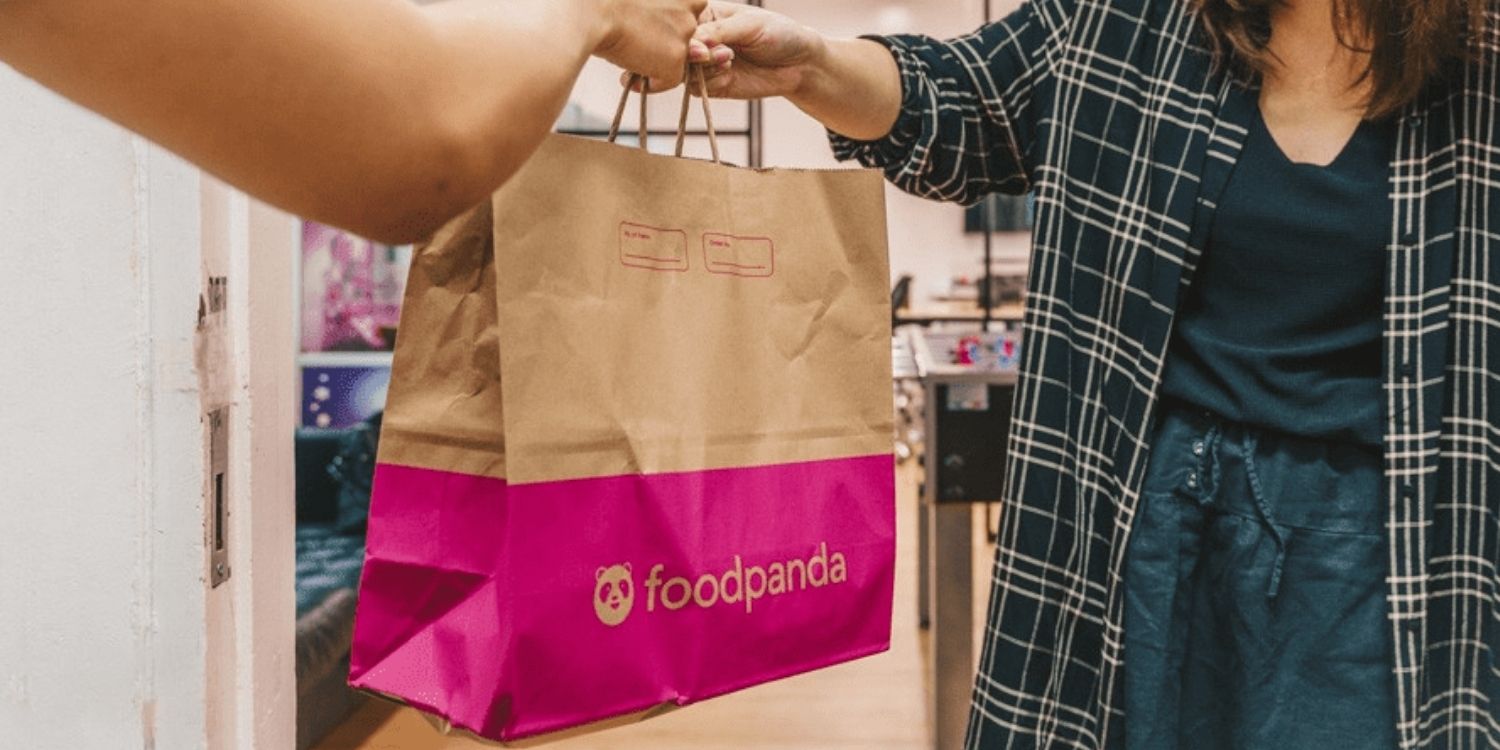 Foodpanda Customer Struggles To Get Refund After Side Dish Becomes Unavailable

With dine-ins suspended during P2HA, food deliveries have become an easy option, though maybe not so much for a foodpanda customer who had problems with her order. Her attempt to cancel and get a refund was met with what appeared to be philosophy instead — that “we all have bad days”. 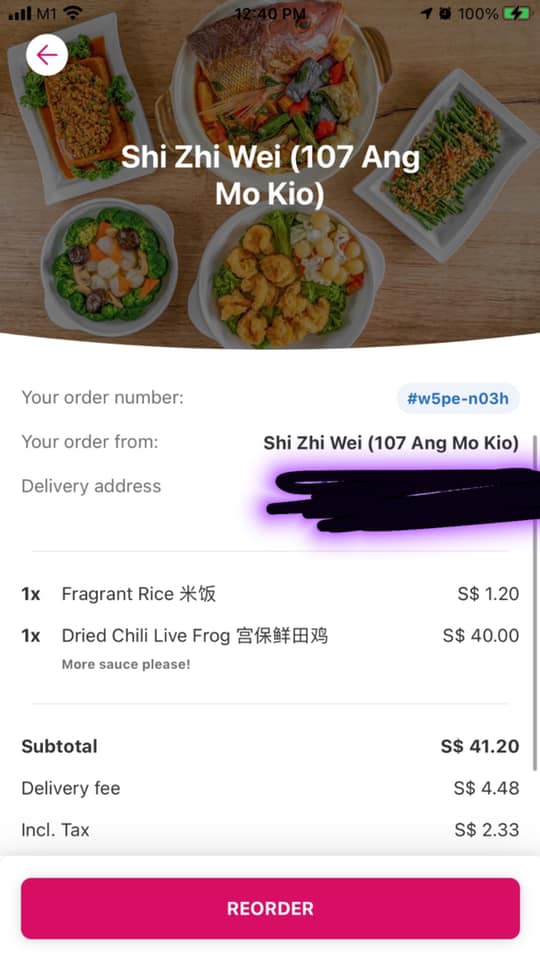 In the end, the lady may have received a delivery for an order of white rice, sans frog.

Customer tries to get refund & cancel order on foodpanda

The viral post was shared by OverShare SG on 4 Aug.

Screenshots show that the restaurant had insufficient frogs to fulfill the customer’s order.

However, the restaurant allegedly said that it won’t perform a refund.

Apparently, foodpanda will only do a refund if the delivery is completed. However, for the delivery to be completed, they’ll have to send over the remaining items which are available.

This turned out, per the 1st screenshot, to be rice.

Yes, rice without a main dish to go along with.

Customer service says we all have bad days

As the protocol was explained to the customer, she appeared to get increasingly frustrated over what seemed to be a lack of flexibility.

After all, it seems illogical to deliver a single packet of plain rice.

But the order needs to be fulfilled before a refund can be made, apparently.

It’s unclear if the lady did receive the delivery in the end, but the customer service officer did leave her with the line “we all have bad days”. 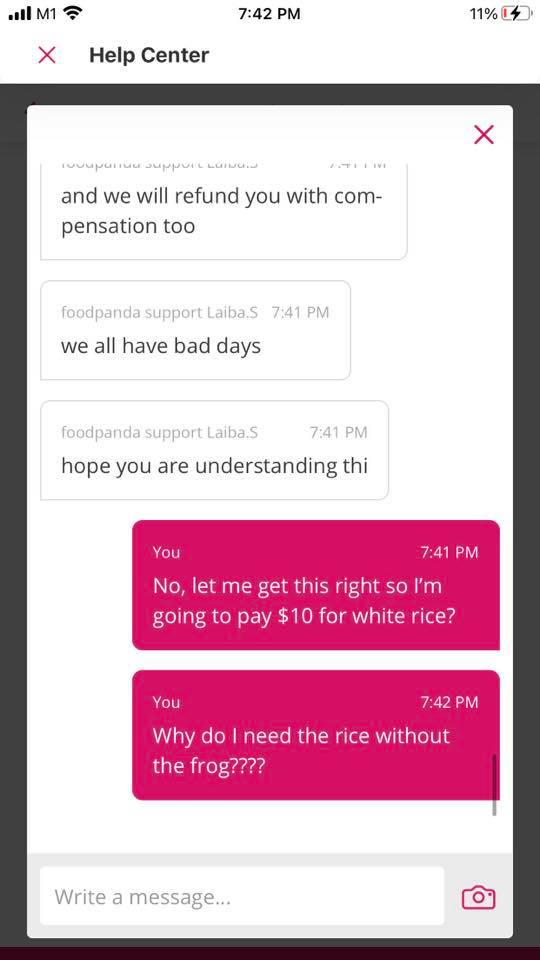 While the experience was definitely one that the customer would prefer to forget, netizens seemed amused by the “we all have bad days” line.

Someone pointed out that there’s an option to cancel the order prior to making it.

However, it’s rare that we’d enable it by default. It’s a useful option for group orders though.

Hopefully solution can be reached for customer

foodpanda told MS News that it has contacted the customer to acknowledge her feedback.

It has also processed a full refund for her order.

The following is the full statement:

“We are sorry that the customer service experience Cherie received did not meet expectations. We have contacted Cherie to acknowledge her feedback, and have also processed a full refund for her order.”

While we do have bad days, it does appear odd that the order sans the main dish has to be completed before there can be a refund.

Hopefully there’s an amicable solution to such issues and that the customer can have an easier time.