The recent forest fires in Indonesia have caused Singapore to be shrouded in a choking shroud of haze.

While the haze may smell foul and even cause irritation, we often forget that us humans aren’t the only ones affected by the fire. Lots of animals have lost their homes, and some have even died.

On Sunday (15 Sep), a Facebook user named Johan Michael Median Pasha uploaded what appears to be a massive python found in a Kalimantan forest charred beyond recognition. According to a non-profit animal welfare foundation Garda Satwa Foundation, this particular python species is known as the ‘Indonesian Anaconda.’ 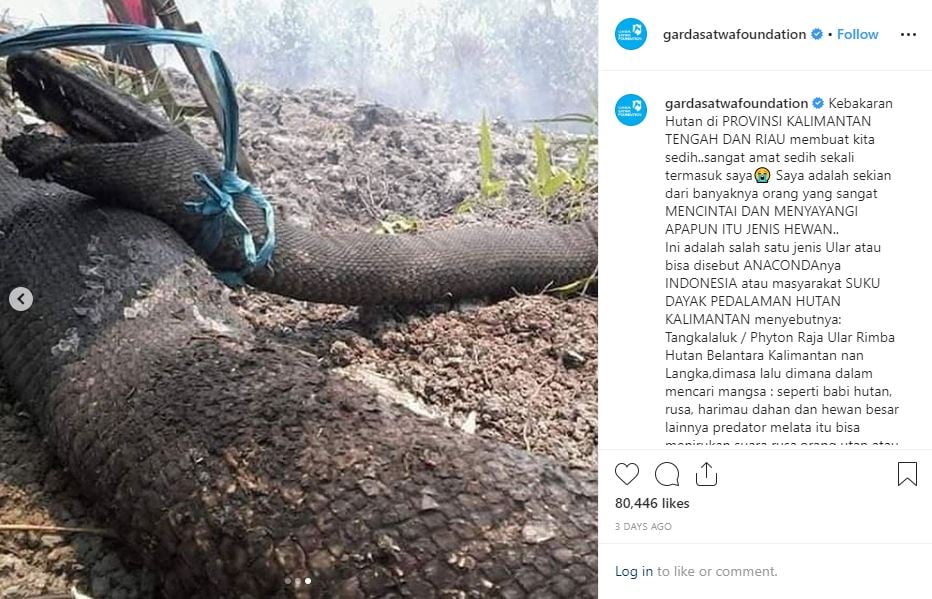 Encountered a massive King Python in a Kalimantan forest

According to Johan, the snake in the picture is a King Python. Locals call it the “Tangkaluk”, which translates to the King of Snakes.

Johan wrote in the Facebook post that he has always been curious about the massive serpent, but had never seen one in person before.

At one point, he thought that the elusive Tangkaluk was a creature only seen in myths and legends.

Encountered one at long last, but was left heartbroken

However, Johan was left heartbroken when he finally encountered one himself. 8world News reports that the serpent was already burnt to death when he took those pictures.

The body of the dead snake was badly charred and resembled a wooden log. Based on the pictures, we have reason to believe that the reptile could have suffered a great deal of agony before it died. At the time of writing, the snake’s cause of death remains unknown. 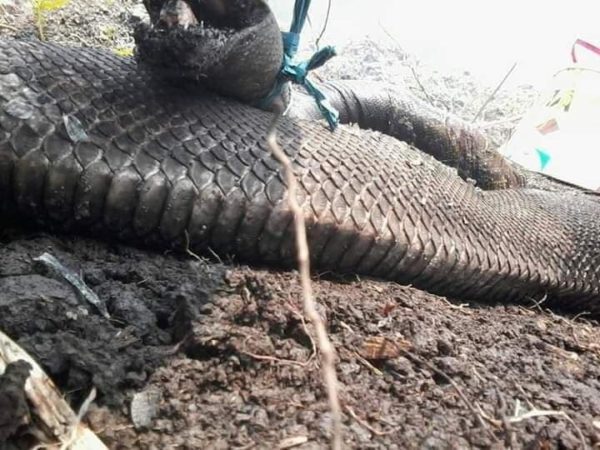 Hope the forest fire in Indonesia will be extinguished soon

We hope that the forest fires in Indonesia will be extinguished soon, not just for us humans who have been suffering from the transboundary haze, but also for the animals, who have lost their homes and paid the ultimate price as a result.