Update (4 Aug): Apeiro Performance has released a press statement regarding the trainer’s “sexual harassment allegations” at their training facility.

The company emphasised that they do not tolerate any form of harassment or sexual misconduct. They emphasised that it is their obligation to ensure all members feel “secure, valued and protected”.

They are deeply concerned about the freelance trainer’s inappropriate actions.

Aperio Performance also spoke out in support of the victim, reassuring that they would assist as witnesses and provide evidence if she chose to report the case to the police.

They have also banned the freelance trainer from their gym facility, with effect from 2 August 2020.

Lastly, the company emphasised that they hold a zero tolerance approach to any form of harassment, discrimination, bullying or violence in their gym. They would take swift action to improve their policies against harassment or sexual misconduct.

Aperio Performance had also thanked the female trainer, Cheryl for bringing the issue to their attention.

With more Singaporeans wanting to get fit, it’s not uncommon for some to engage physical trainers for more focused, one-on-one training.

However, on Monday (3 Aug), a video was shared on Instagram of what appears to be a trainer touching his female client inappropriately during a workout session. 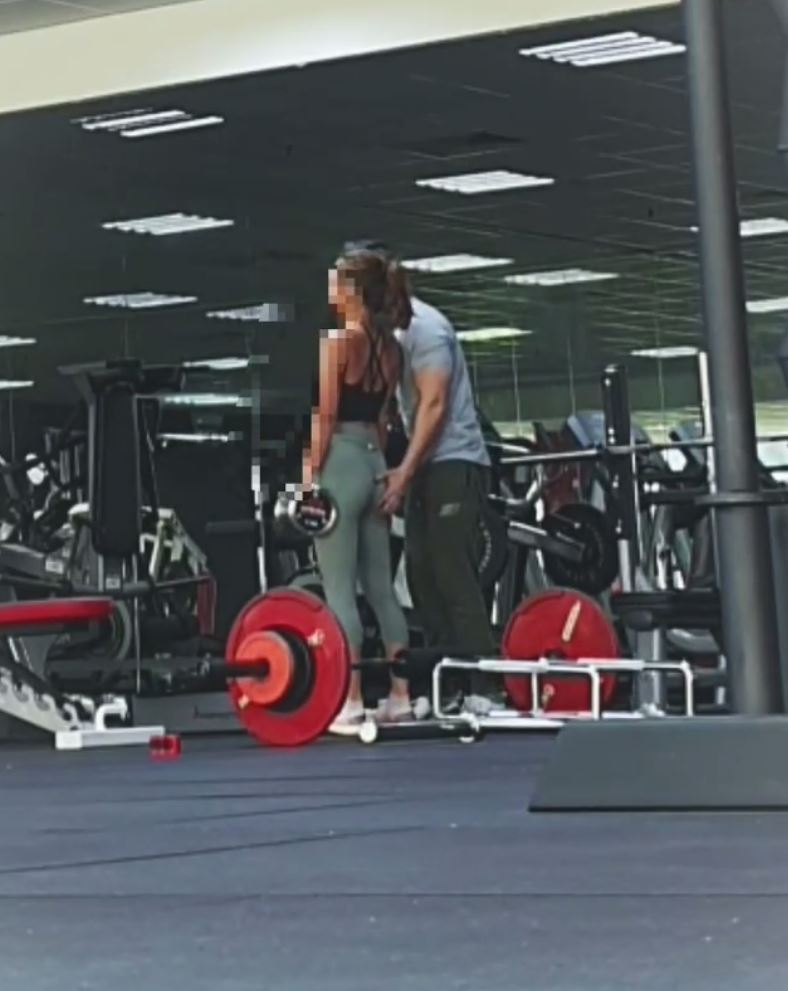 The male trainer has reportedly been barred from using the gym facilities where the incident took place.

Female trainer reach out to client who was inappropriately touched

In the Instagram post, another female trainer named Cheryl shared her conversation with the affected female client.

Having seen how she had been “inappropriately” touched by her coach at the gym, Cheryl reached out to the client via Instagram to express her concerns. 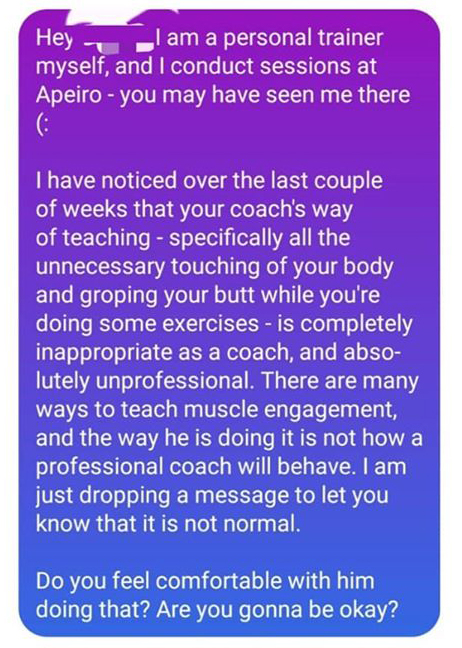 In her message, Cheryl condemns the “unnecessary touching of [her] body and groping of [her] butt”, calling it “completely inappropriate”. 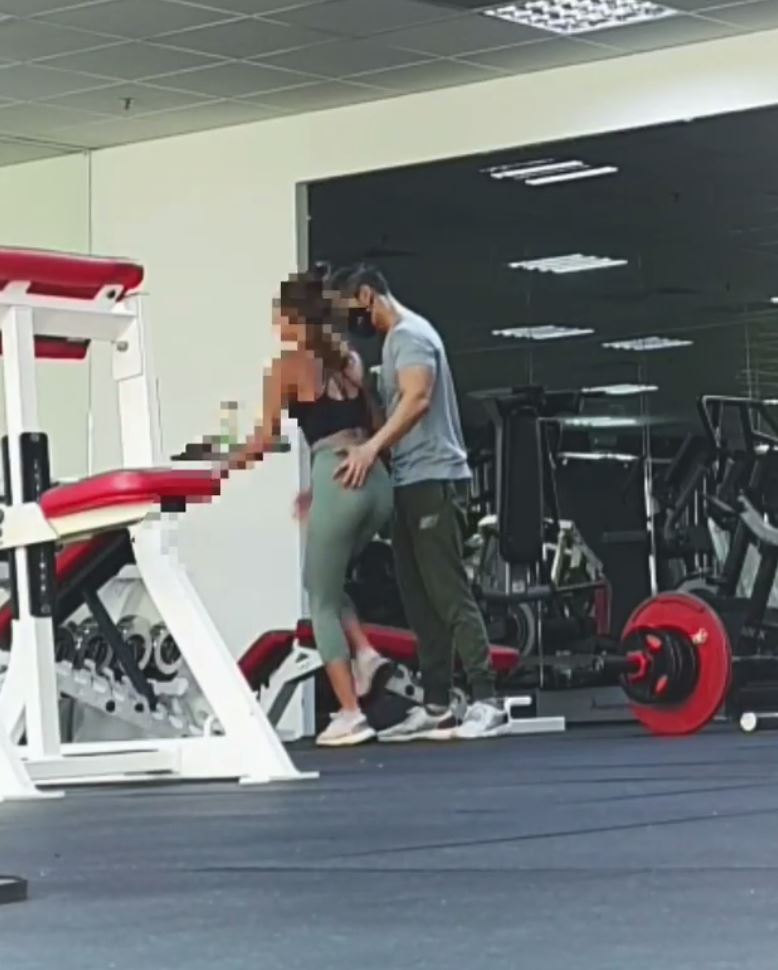 She shared that there are many ways to impart knowledge on muscle engagement but felt the way the male trainer was doing it was unprofessional.

Responding to Cheryl’s messages, the client shared that she had previously told the male trainer to not touch her rear. 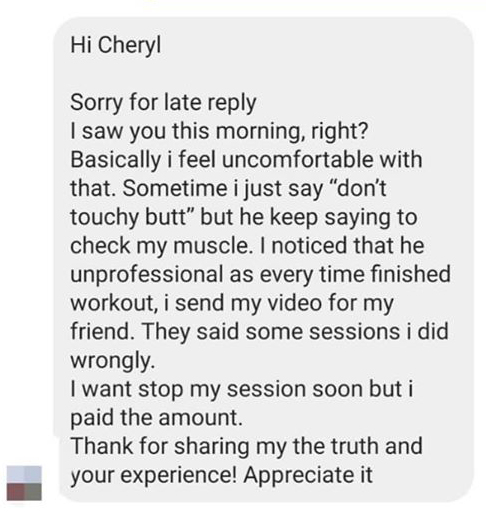 However, her trainer continued to do so, claiming that he was checking her muscles.

She also said that she planned on terminating her session with him, but had already paid a lump sum.

Apeiro Performance, the operator of the gym where the incident took place, also took to Instagram address the situation. In their post, the fitness company wrote that they had taken actions against the male freelance trainer. While they did not elaborate what the punishments entail, Cheryl wrote in her Instagram post that the trainer had reportedly been banned from using Apeiro Performance’s facilities.

MS News has reached out to Aperio Performance for a statement on this incident.

Ending her post, Cheryl wrote that while no police report was lodged, she hopes to spread awareness that such behaviour is not acceptable and should not be tolerated.

Kudos to Cheryl for going the extra mile to look out for others in the fitness community.

Props also go out to the female client for her bravery, giving permission to share the incident so others are aware of what crosses the line when it comes to training sessions with their trainers.

Ultimately, we hope the male trainer too will learn his lesson and not engage in such inappropriate actions moving forward.

Live Singing Will Return To Some Worship Services, Gives Idea Of How Concerts May Come Back