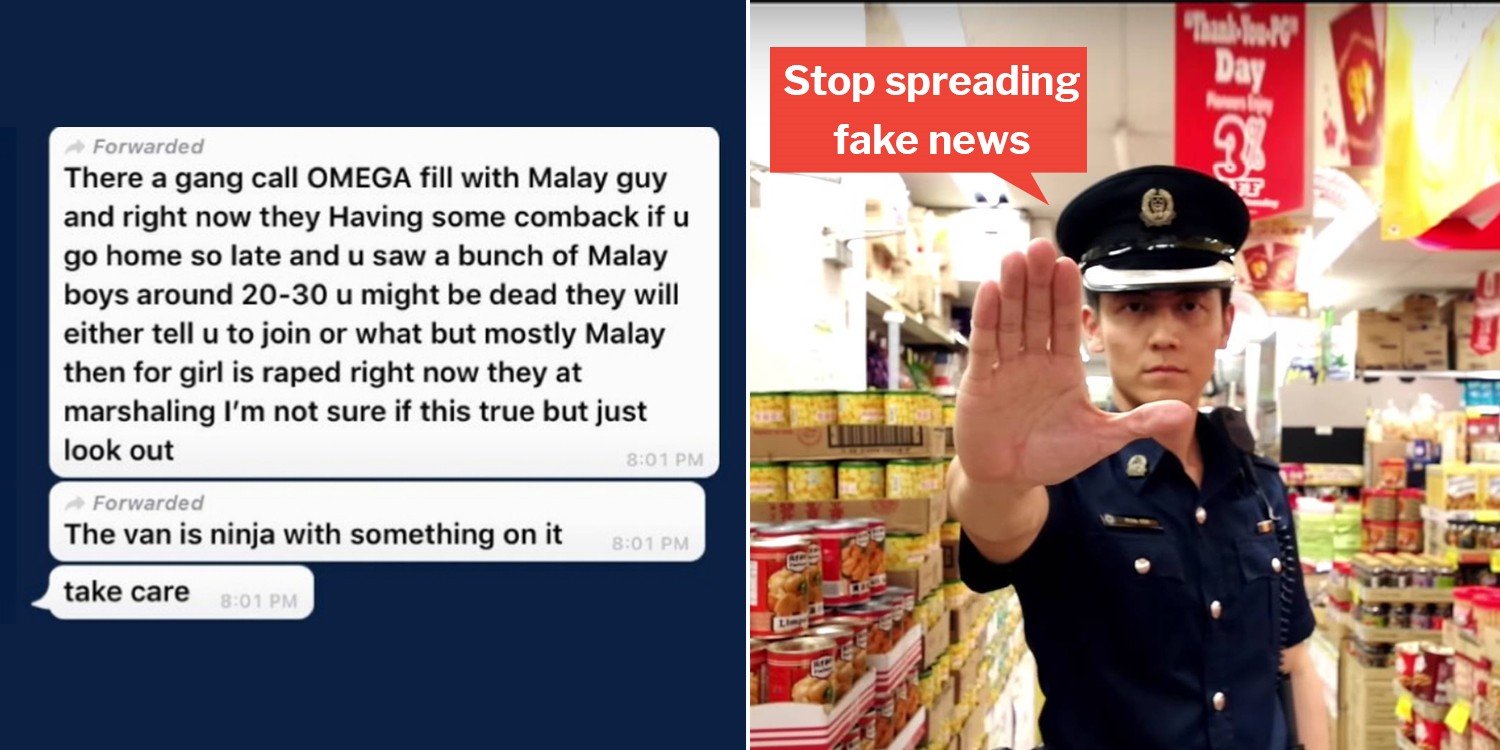 You may have seen messages on WhatsApp or other social media platforms regarding a “turf war” between rival gangs happening in numerous neighbourhoods.

On Saturday (24 Aug), the Singapore Police Force (SPF) issued a statement on Facebook calling the messages “false”. They also urge members of the public to avoid spreading fake information.

In summary, the messages going around claim that 2 rivalling gangs are engaged in a large-scale turf war across numerous parts of Singapore.

There are also screenshots of Instagram stories, warning Singaporeans to be wary of people gathering in groups. They advised members of the public to avoid them.

Additionally, the messages claim that the gang members involved are going around “raping girls”.

Several of these messages and videos were shared on social media, some of which have already been taken down at the time of writing.

On Saturday (24 Aug), the Police issued a statement on their Facebook page, describing the messages as “false”. They added that none of the alleged incidents had happened.

The police advise members of the public to avoid spreading such fake information that causes “unnecessary public alarm” and fear.

They also warned that they may take action against anyone found responsible for deliberately spreading such untruths.

Those with information regarding the originator of the false information can reach out to SPF via their hotline at 1800-255-0000.

If you’ve received similar messages through WhatsApp or other messaging platforms, share this article with them instead and warn them not to be cautious of potentially spreading fake news.

Kudos to the police for addressing the fake messages within such a short period of time and putting an end to this disinformation.

Featured image from imgur and ShitpostBot 5000.