Giant says they'll reopen as soon as they possibly can.

Earlier this week, we reported the temporary closure of the Sheng Siong outlet along Chin Swee Road after a staff member tested positive.

On Tuesday (17 Aug), Giant announced the temporary closure of its Hougang Avenue 8 outlet. 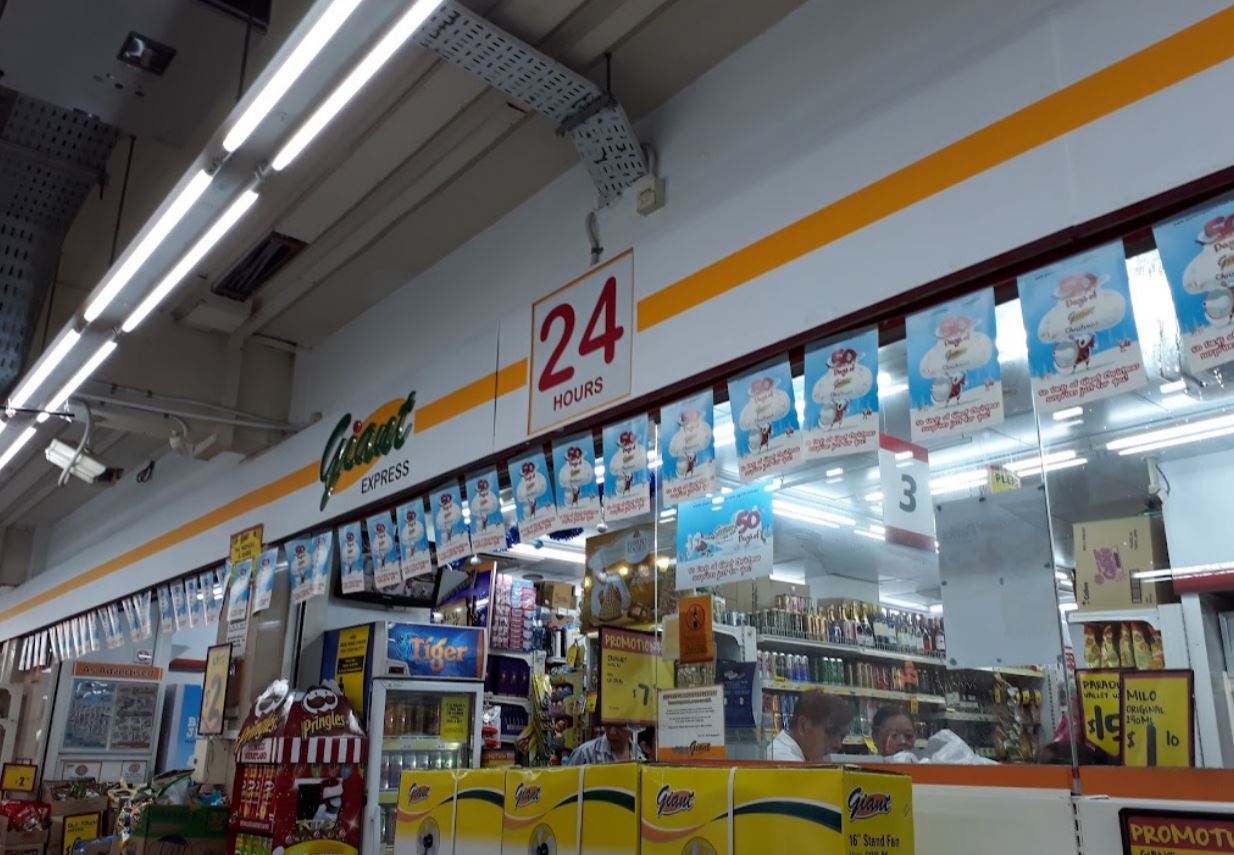 This comes after a few employees had positive test results during their routine testing.

According to Giant Singapore’s Facebook post, its outlet at Block 683 Hougang Avenue 8 has closed immediately after several employees tested positive. 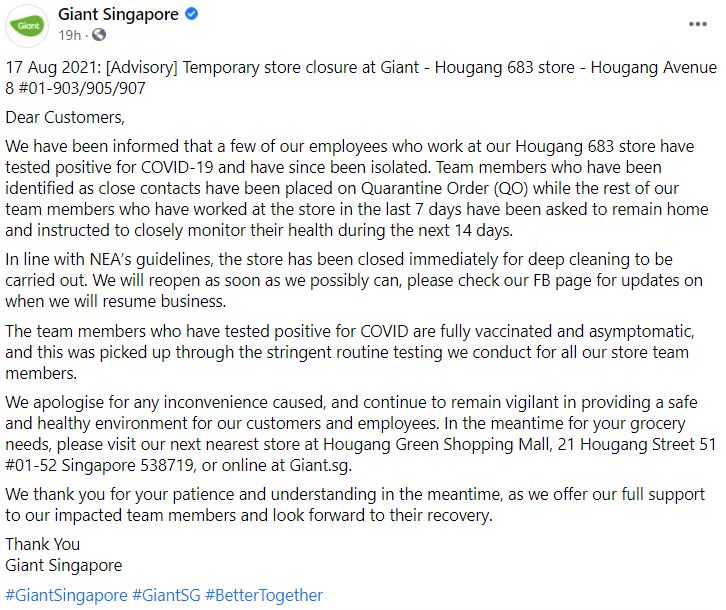 The supermarket chain did not disclose the number of positive cases, only stating that there are “a few”.

The few of them are now in isolation, while their close contacts are under quarantine.

Other staff members who worked at the store over the last 7 days have been instructed to remain home and closely monitor their health for the next 2 weeks.

According to Giant, the employees who tested positive are fully vaccinated and asymptomatic. They were only detected via the routine testing programme.

Giant outlet will reopen as soon as they can

In light of the cases, the store will close for deep cleaning with immediate effect.

Though it remains unclear when the outlet will reopen, Giant says they will aim to do so as soon as possible.

In the meantime, shoppers can visit the nearest Giant outlet at Hougang Green Shopping Mall or do their grocery shopping online.

Hope no more cases will surface there

The sudden closure of the supermarket will surely pose an inconvenience to regular shoppers there.

As the management sorts out the necessary protocols, we hope that they won’t find any new cases there.

For now, we wish the staff members a smooth recovery and hope the outlet will open soon to serve shoppers.