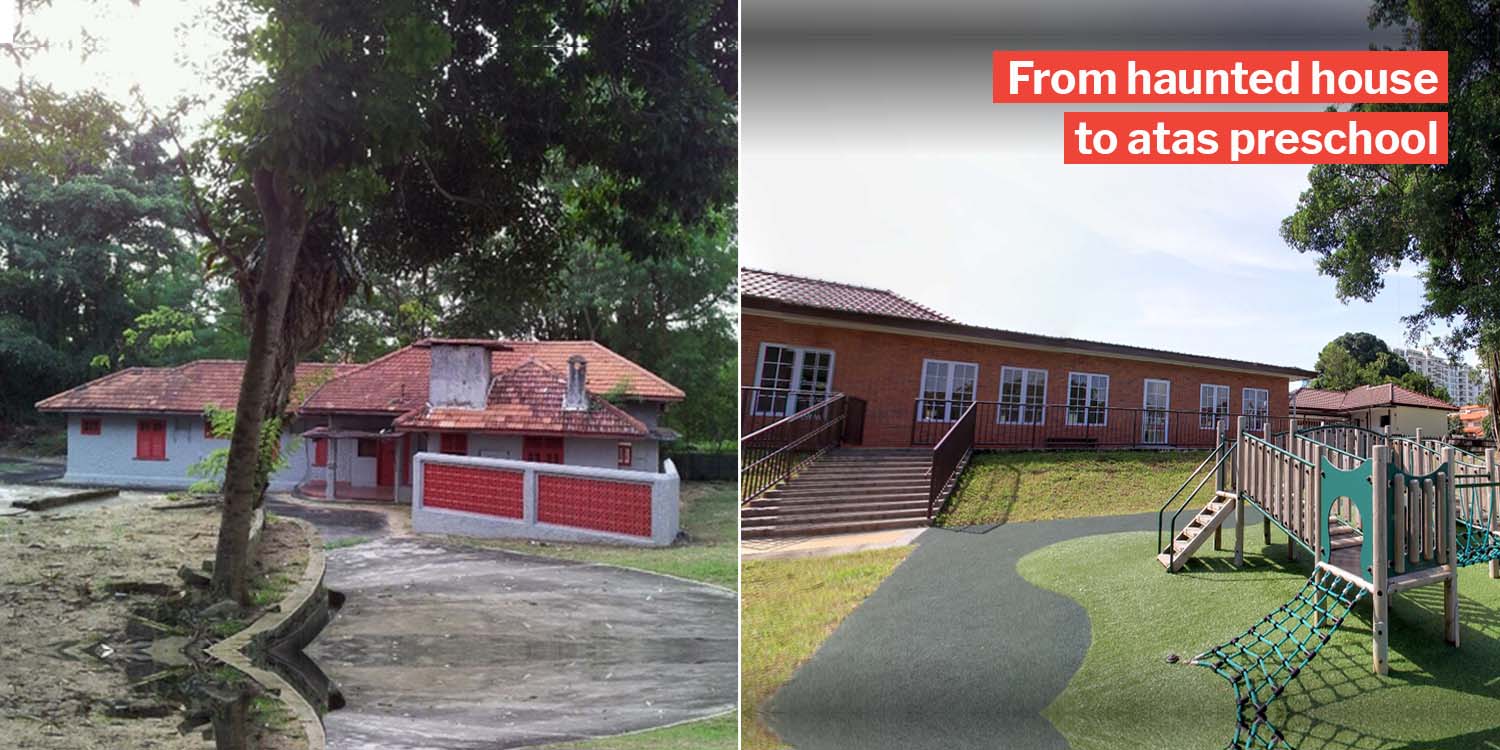 Haunted Places In Singapore That Are Totally Normal Now

Singapore is a small country. However, we overcame the odds and became a successful – albeit tiny – nation.

To achieve this, many iconic locations in Singapore were rebuilt to make way for modern infrastructure. Some of these areas had a darker past than we realise.

Here are 8 haunted places that were converted into regular estates, because our practical government moves on from spooky rumours pretty quickly.

Also because we don’t have much land to spare in Singapore.

Some of you may have heard of the Pasir Ris Red House.

An old and uninhabited house is sure to spawn some horror stories, which make the house eerier than it already looks.

Urban legends detail necessary rituals before entering the premises like bringing offerings for the stone lions guarding the entrance.

Soon, it became known as a haunted house by those who knew of its existence. 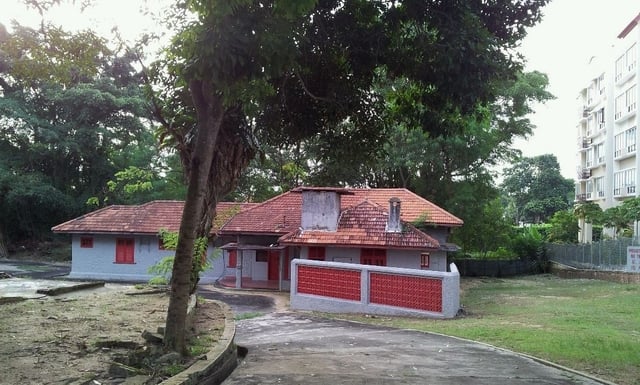 However, it actually has a very positive history.

It used to be a community centre that taught kampung kids basic skills and even providing them free meals.

After the owner’s passing, it was turned into a preschool in 2014. 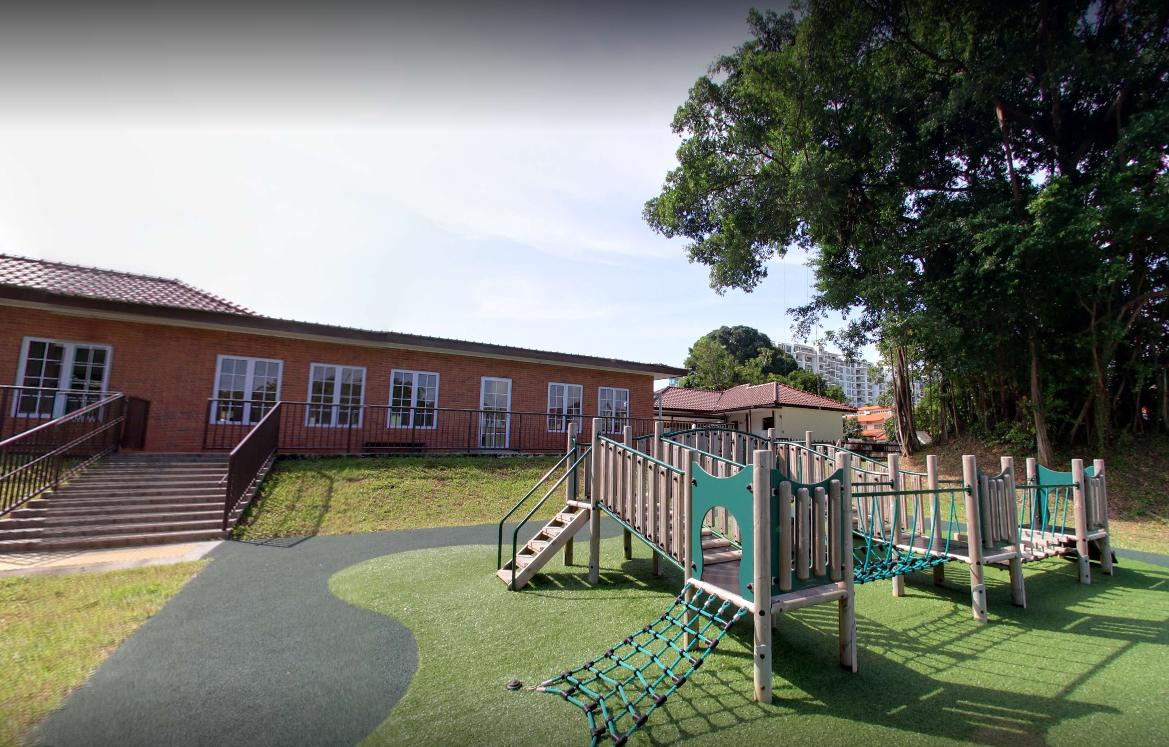 With children playing in a carefree manner around its vibrant school compound, the area seems to have lost all traces of the original haunted Red House.

Sentosa Island is one of the biggest attractions in Singapore. In a small area, it packs a casino, Universal Studios, and even multiple beaches. However, it was nothing like its name – which signifies peace and tranquility – suggests.

The original name of Sentosa was “Pulau Blakang Mati” which can be loosely translated to the “Island of Death from Behind“.

The island was formerly used by the British as a strategic location for the defence of Singapore. 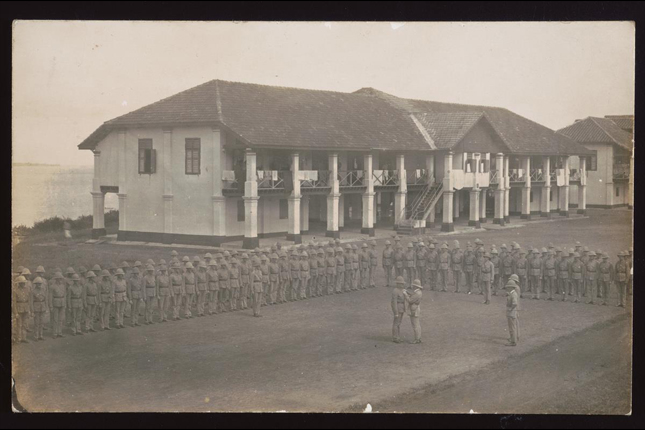 However, even before that, the island had a hill named “Blakang Mati” by Malay villagers living in that area.

It was only after World War II, when the Japanese used it as a Prisoner-Of-War (POW) camp and one of the beaches for Operation Sook Ching did the name Pulau Blakang Mati come about.

Even today, there are reported sightings of ghostly soldiers at quieter spots on the island.

There is a lesser-known public housing area in Lim Chu Kang known as the Neo Tiew Estate.

This area underwent en-bloc in 2002 and has been abandoned ever since. 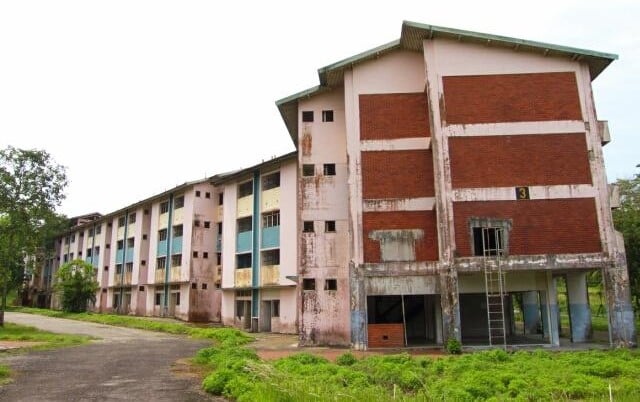 The legend goes that a man forced a pontianak to do his bidding by sticking 7 nails into a banana tree.

After he became rich, he left the nails there, condemning the spirit to roam the grounds looking for its next victim to devour. Though this sends chills down my spine, the Singapore government has managed to re-purpose the area into a Singapore Armed Forces (SAF) training ground.

Let’s just hope the training soldiers don’t encounter other types of enemies in the area.

Some of you living in the Thomson area may be wondering where this cemetery is.

You may be surprised that thousands of Singaporeans set foot on this area every day. This is because Novena MRT currently sits on top of the cemetery. 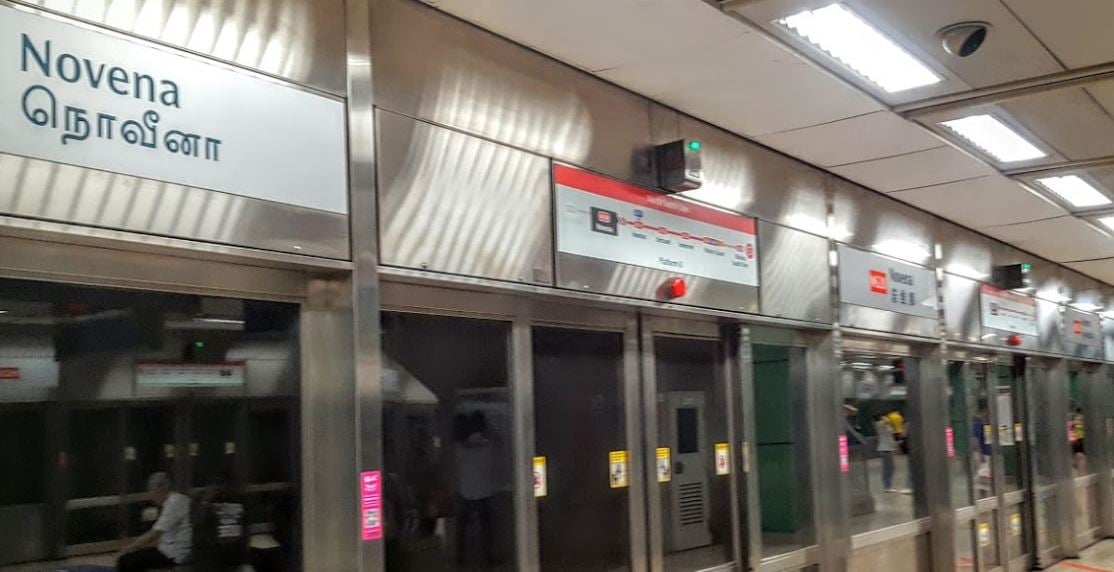 The area was used as a burial site from 1904 to 1973 and was finally cleared in 1985 to construct Novena MRT station as we know it today.

MRT staff have reportedly seen coffin bearers along the tracks.

In fact, it is even said that the malls around the area like Velocity have all been built upon repurposed cemetery grounds. 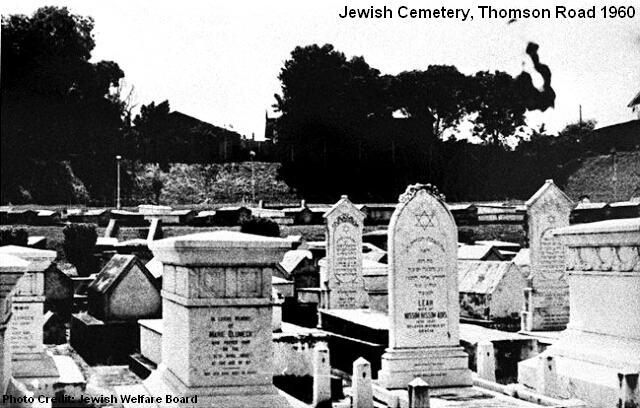 The next time you are in the area, you may want to watch your step. You never know when you’re stepping on someone’s toes — literally and figuratively.

Once a grand bungalow with servant-quarters, the Matilda House – located in Punggol – was one of the oldest homes in Singapore.

It was originally built by Alexander Cashin for his wife and it was named Matilda, after his mother. However, in the early 2000s, the government acquired the land but left this house standing due to conservation status. Apparently, evil spirits have haunted the estate and would harm anyone who dares enter.

When the house we due for demolition, 3 workers died of unnatural causes. As such, the project was halted.

However, even ghosts couldn’t stop multi-millionaire property developer Kuik Ah Han and Sim Lian Group as they developed a condominium there in 2015 and made the former haunted house into a fun clubhouse. 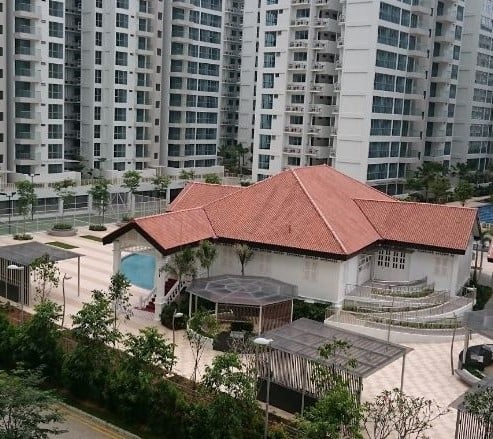 If you’ve ever climbed the stairs of the Amber Beacon Tower, you’d know that it was old. However, did you know it was once a crime scene where a brutal murder occurred? 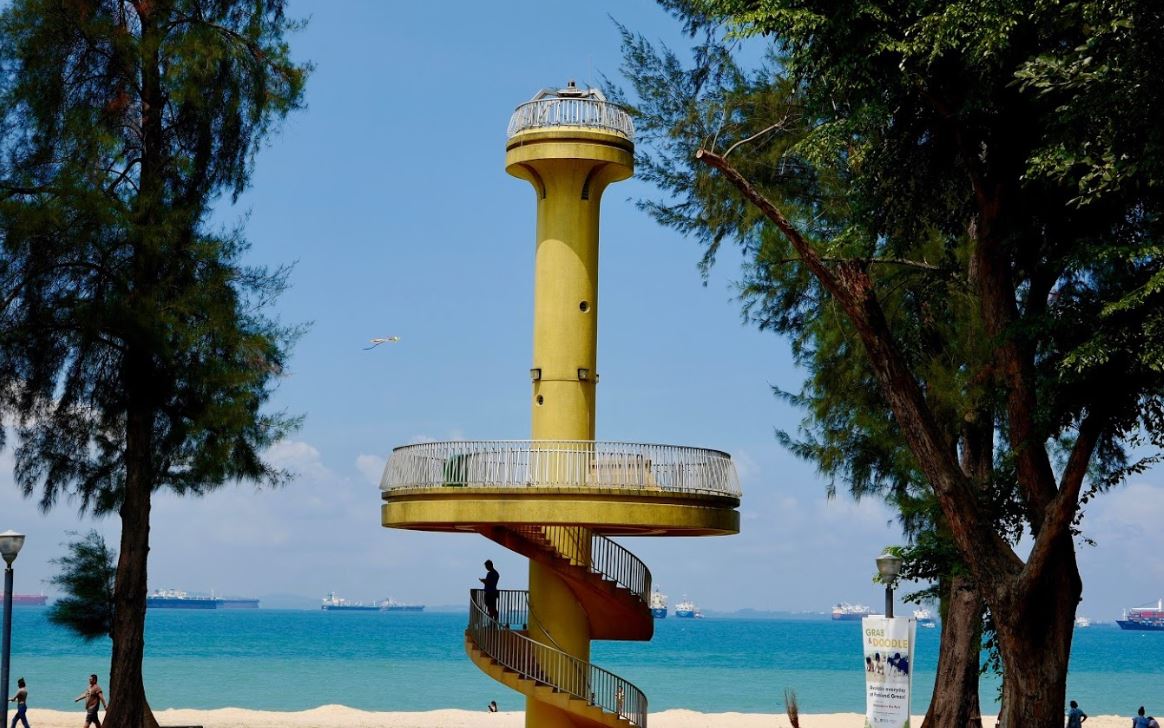 A girl was allegedly killed by 2 men on 15 May 1990 and ever since then, there have been claims of a female figure sighted.

A group of paranormal investigators even tried to look into the case, and watching the video really makes the ends of my hairs stand.

While it was technically not removed, the surrounding area has vastly changed over the past decade.

East Coast is now one of the more popular hangout spots for families and groups of friends. Many visitors also take pictures atop the picturesque tower today, without knowing the full extent of its creepy origins.

Raffles Institution is one of the longest standing schools in Singapore with roots dating all the way back to Raffles himself.

The school’s facilities & buildings, however, were only built much later.

Although the school compound is enormous, their pool is only 49 metres long. That’s 1 metre short of a full-sized Olympic pool.

The story goes that workers who were constructing the pool at the time found human remains at the 50m mark. To avoid incurring the wrath of the spirits, they decided to not build the last metre. From what we found, the Bishan area was also the site of a World War II battle in Singapore.

Apparently, the bloody battle was fought over a cemetery and resulted in the dying men laying over already buried bodies.

If you’re an RI student reading this, we hope your morning lap around the pool will still be as enjoyable while musing about this.

St Patrick’s is a school with a dark past.

During World War II, it was used as a hospital by British forces. It was also a battleground when the Japanese took over. 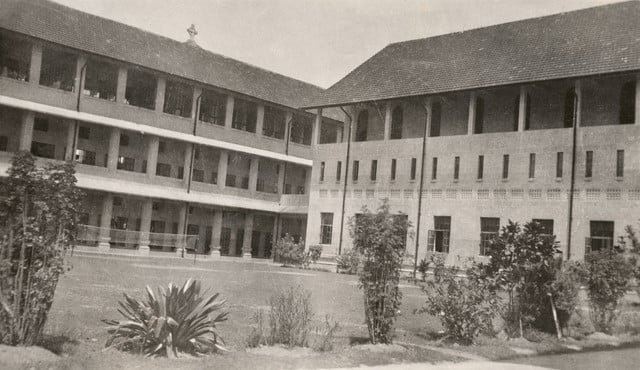 Clearly, there were many unwilling people that died there. But one story stands out.

A Japanese soldier was sent to kill civilians atop a flight of stairs. However, he didn’t know that a British soldier was waiting to ambush him and he was killed just as he reached the top. This left him there to forever be trapped at the stairs looking for people he was supposed to kill.

After many years, 5 construction workers were sent to replace the wooden steps. These 5 workers allegedly all died in their sleep.

But the school eventually managed to convert the wooden steps to concrete and repaint the walls. The staircase now leads to the school library.

If you think about it, the odds are that there will always be people who have passed away in every crevice of our island.

Avoiding these areas out of respect for the dead isn’t exactly a practical solution, as Singapore is already a very small country.

So in our daily routines, we may inadvertently step into places that were, or perhaps still are, haunted. But as long as you are respectful, you should be fine.