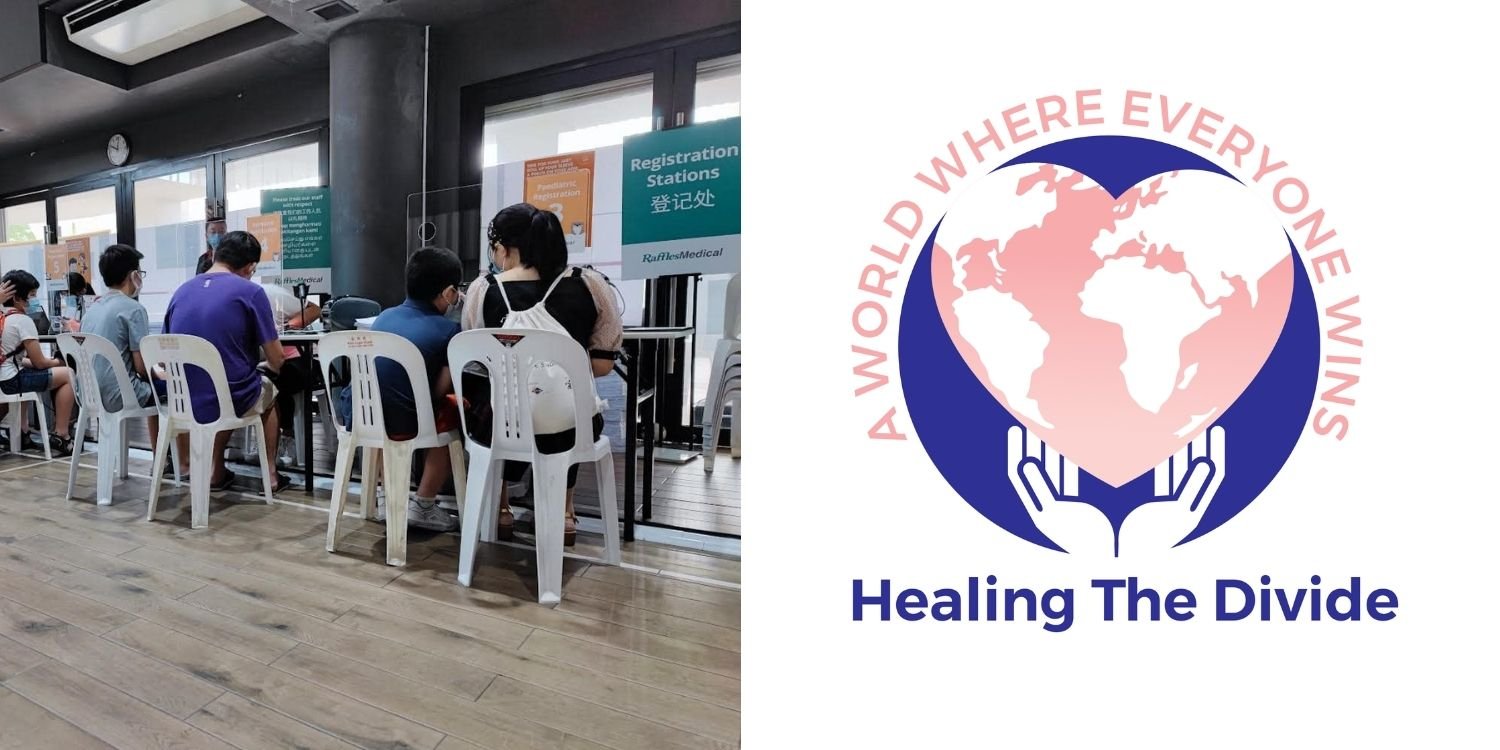 Following that, they seem to have been up to no good again as the Ministry of Health (MOH) has filed a police report against them.

Concerned that their plan could lead to the harassment of medical staff, MOH decided to take serious action.

On Wednesday (5 Jan), MOH published a statement on Facebook regarding the filing of a police report against the anti-vaccine group. 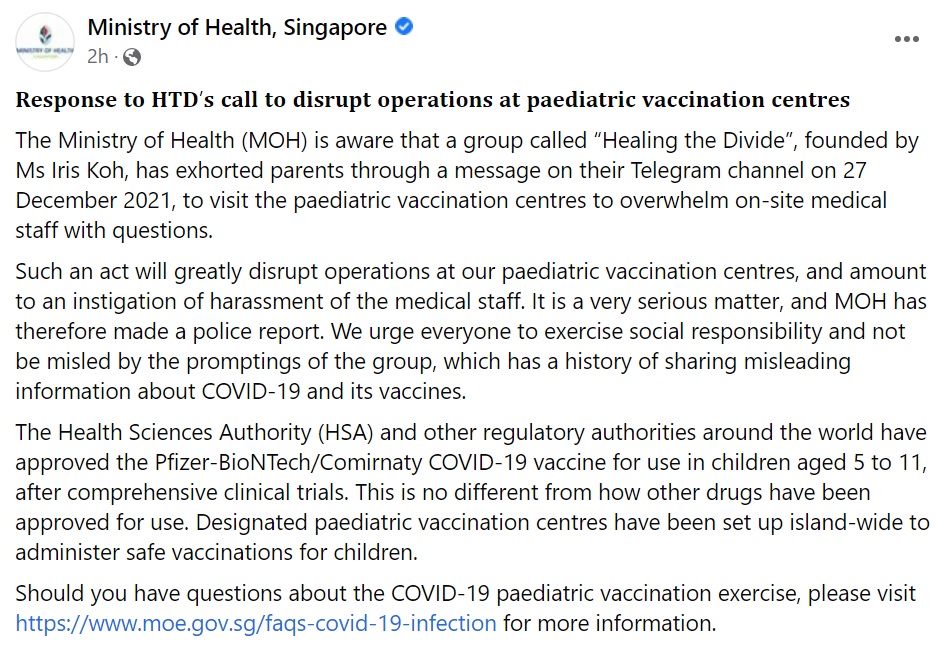 According to the post, the group had allegedly exhorted parents through a message on their Telegram channel on 27 Dec 2021.

MOH warned that such an act would greatly disrupt operations in vaccination centres. It would also fall under the instigation of harassment.

Therefore, to protect their staff, MOH lodged a police report against the group.

An MS News reader shared a screenshot of the alleged message that was sent in the Telegram group. 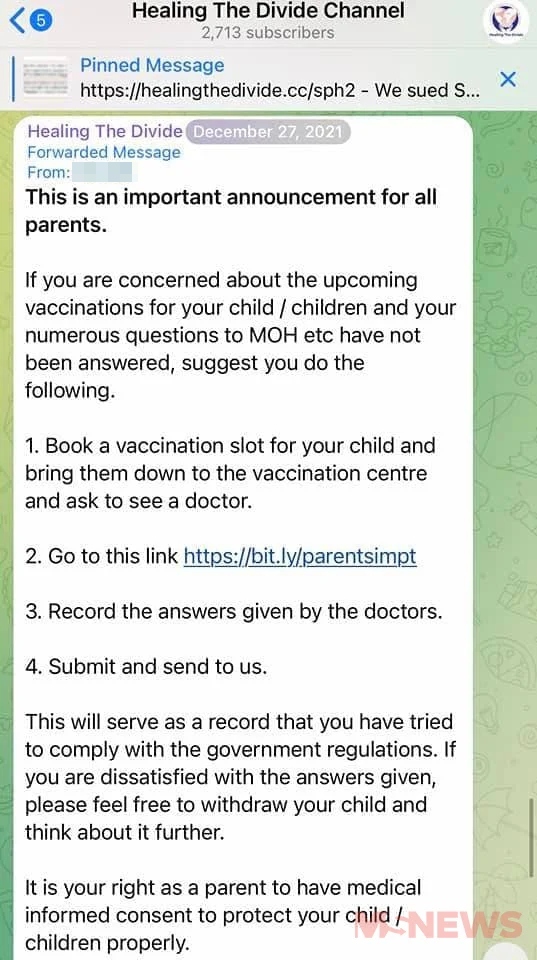 The message reveals instructions for concerned parents to follow if they are not satisfied with MOH’s response to their queries.

The instructions also persuaded parents to record the doctor’s responses and submit them to the anti-vaccine group.

They further stated that this would serve as proof that the parent had tried to comply with Government regulations.

Hope police report will stop any other disruptive plans

Although the perpetrators have apologised for their earlier scheme, it seems that they have not learned their lesson.

Hopefully, this police report will put an end to their disruptive plans both in the present and in the future.

Elderly Bukit Merah Resident Has Over 14 Pets In Flat, Volunteers Hope To Rehome Them