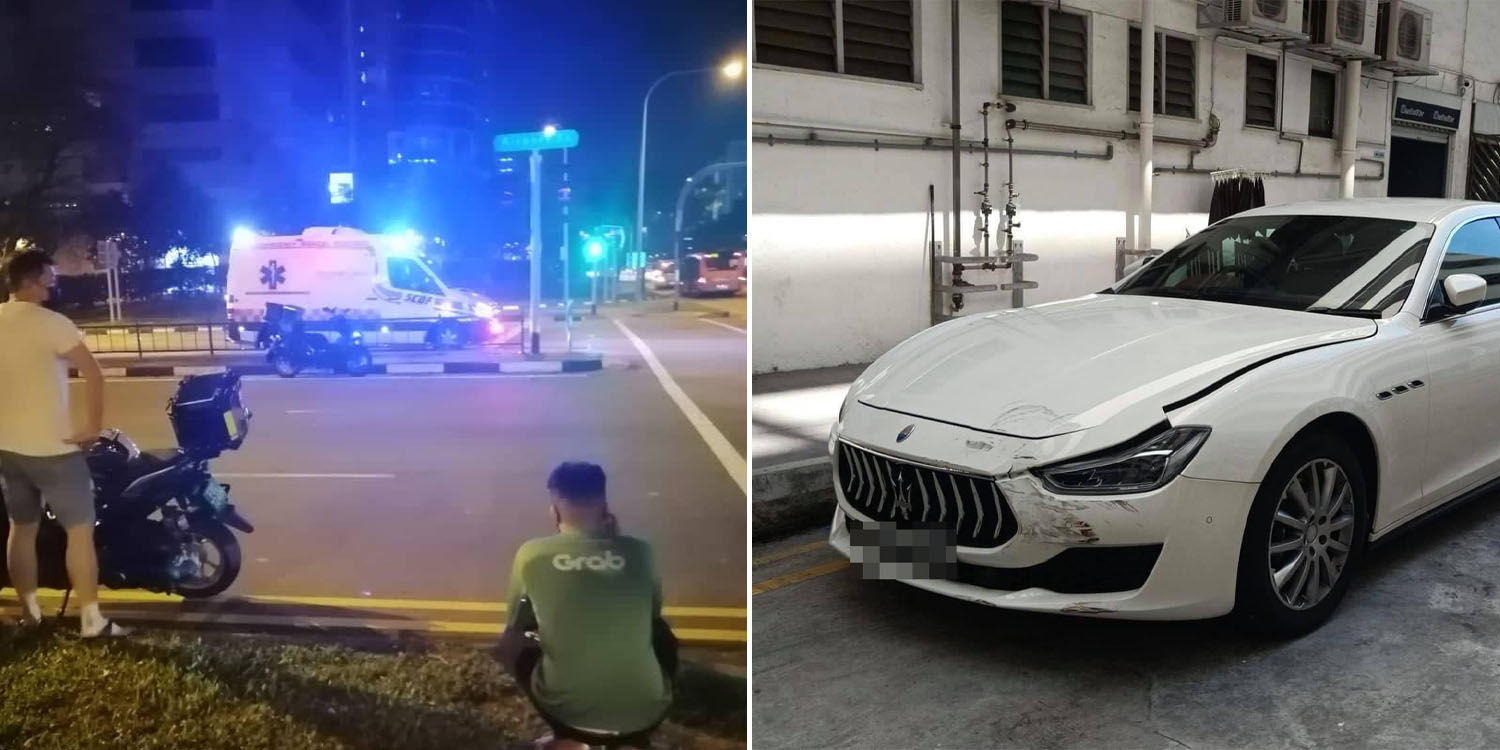 UPDATE (12 Nov): The Singapore Police Force (SPF) shared that they were alerted to the accident at 11.09pm on Tuesday (10 Nov).

A 46-year-old male car driver was arrested for drink driving.

Motorcyclists, due to their smaller size, are often more vulnerable to more serious accidents on the roads.

For GrabFood riders, many of whom spend all day riding on motorcycles, the likelihood of being in an accident is increased.

It doesn’t help when the other party tries to run from the scene, like when a GrabFood rider was recently hit by a Maserati at Airport Road. 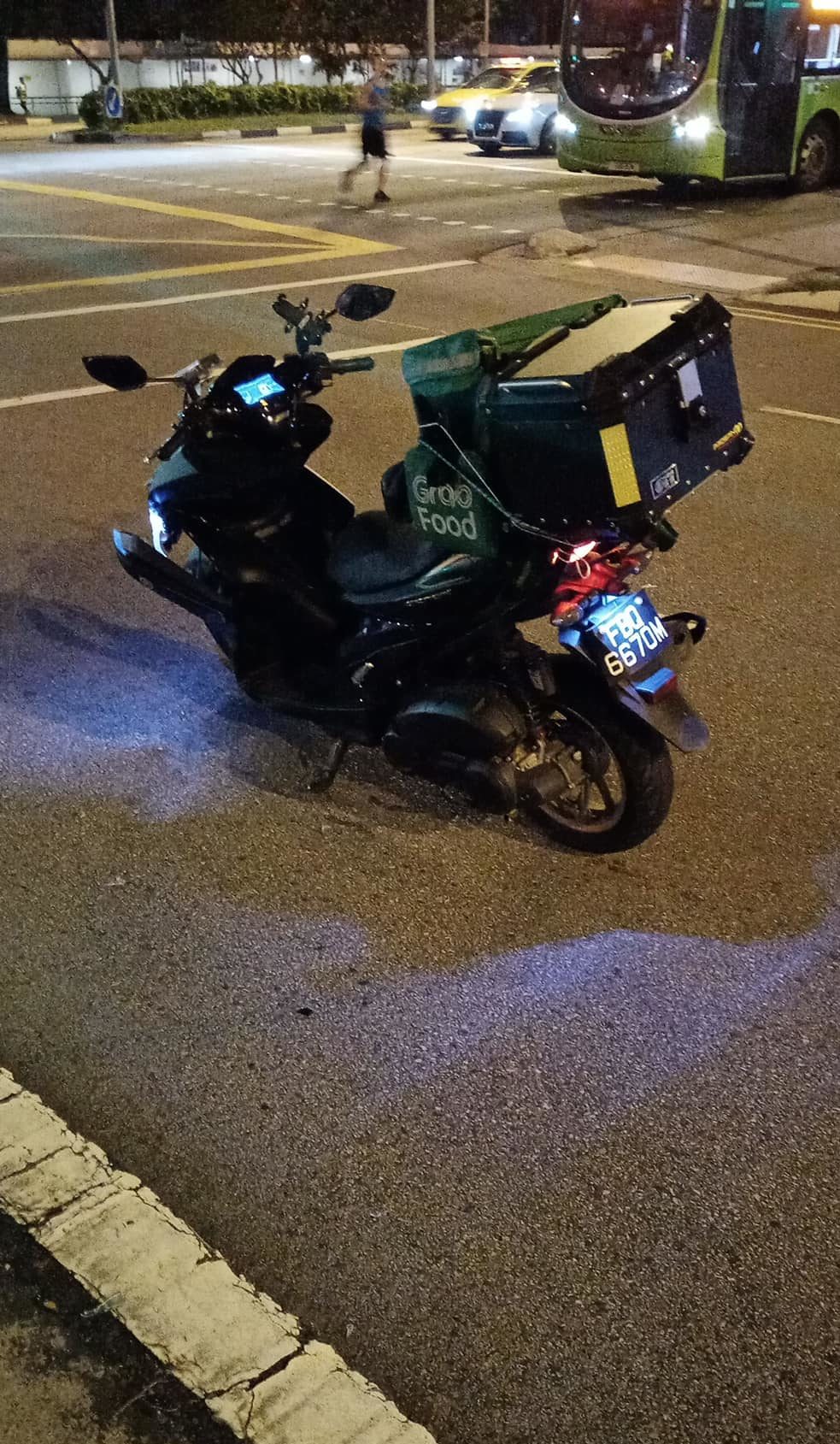 The Maserati fled from the scene, and would have got away scot-free if another rider and driver who witnessed the accident hurriedly gave chase.

Eventually, the driver managed to get the licence plate number of the culprit.

Maserati was driving against traffic

On Thursday (12 Nov), Facebook group SG Road Vigilante shared photos of a GrabFood rider who was the victim of a hit and run at Airport Road on Tuesday (10 Nov).

In a statement to the police, the rider said he was driving along Paya Lebar Road towards Airport Road at about 10.30pm. When the traffic light at the cross junction turned green for him, he turned into Airport Road. 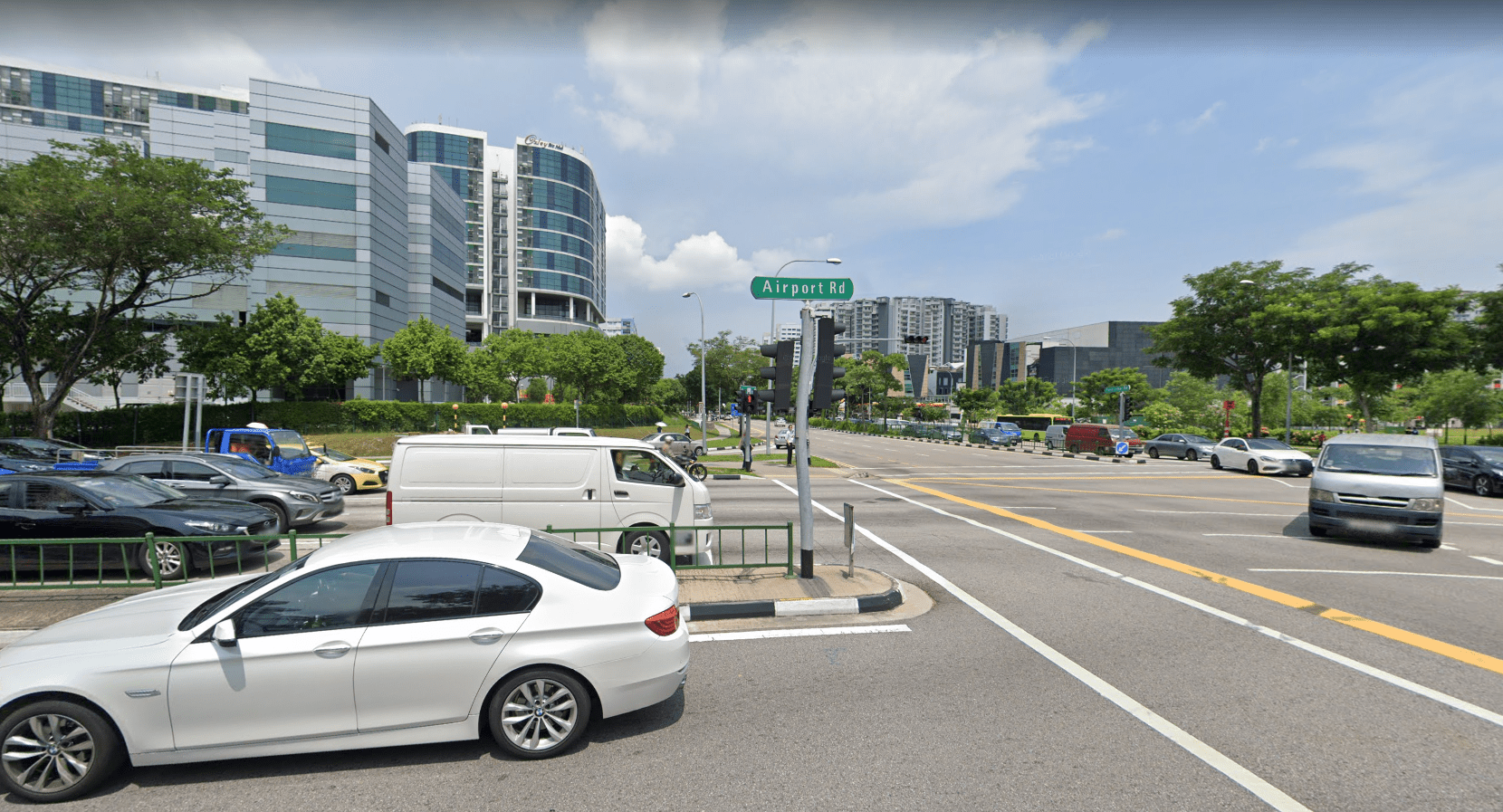 There was no oncoming traffic at the time.

However, after turning into Airport Road, he saw a white Maserati driving against traffic on the one-way flow road.

Before he knew it, the car collided head on into him, causing him to fall off his motorbike.

Instead of stopping, the Maserati fled towards Upper Paya Lebar road.

The rider sustained serious injuries and was sent to Changi General Hospital (CGH) for treatment. 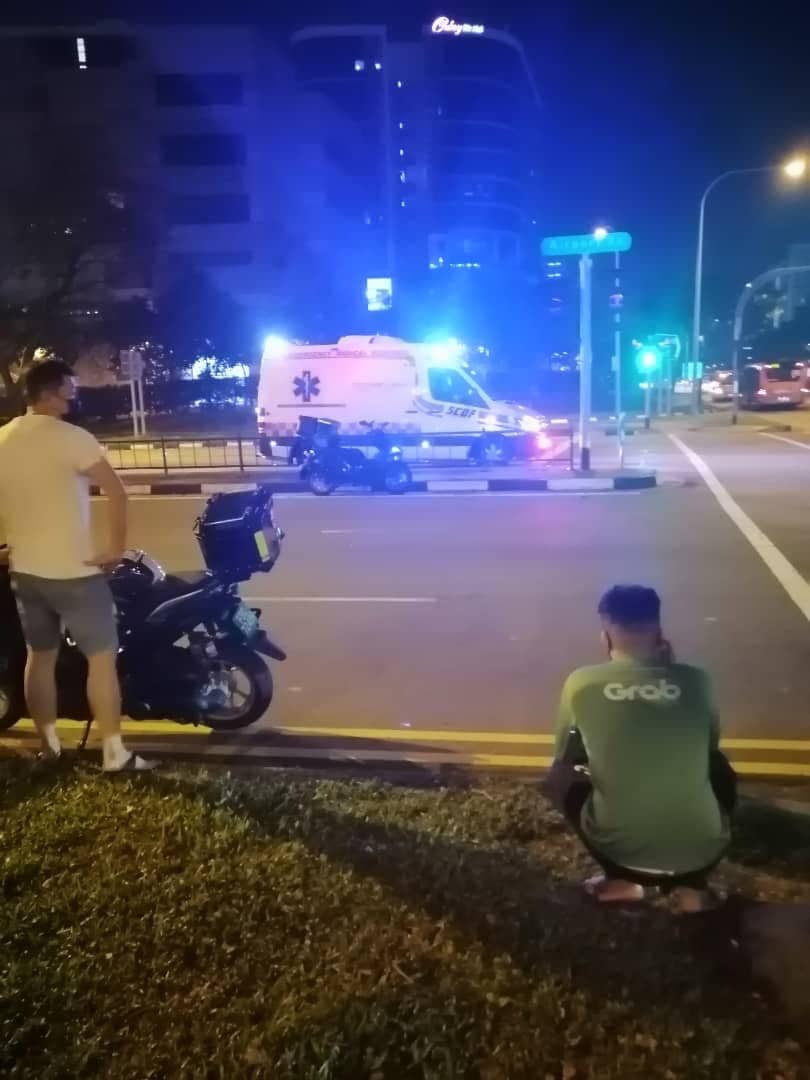 He was given 15 days’ medical leave due to his injuries.

The police report also recorded that the motorcycle was seriously damaged from the accident.

Fortunately for the victim, another rider and driver nearby witnessed the entire incident.

The pair did not hesitate to give chase to the Maserati that fled the scene.

After about a 4km drive, the driver managed to take a photo of the Maserati’s car licence plate number along Upper Paya Lebar Road. 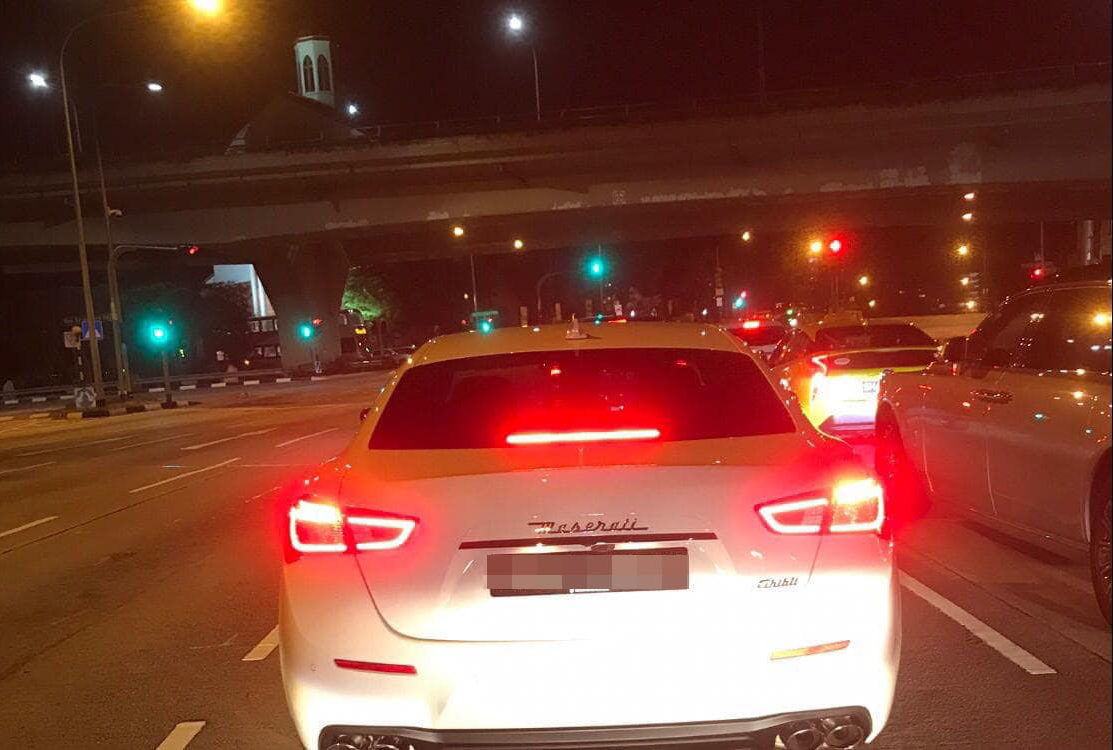 The picture was then given to the traffic police to aid in investigations.

Thanks to the driver and rider’s efforts, it seems the driver of the white Maserati was eventually caught.

SG Road Vigilante also shared a photo of the car after the accident. 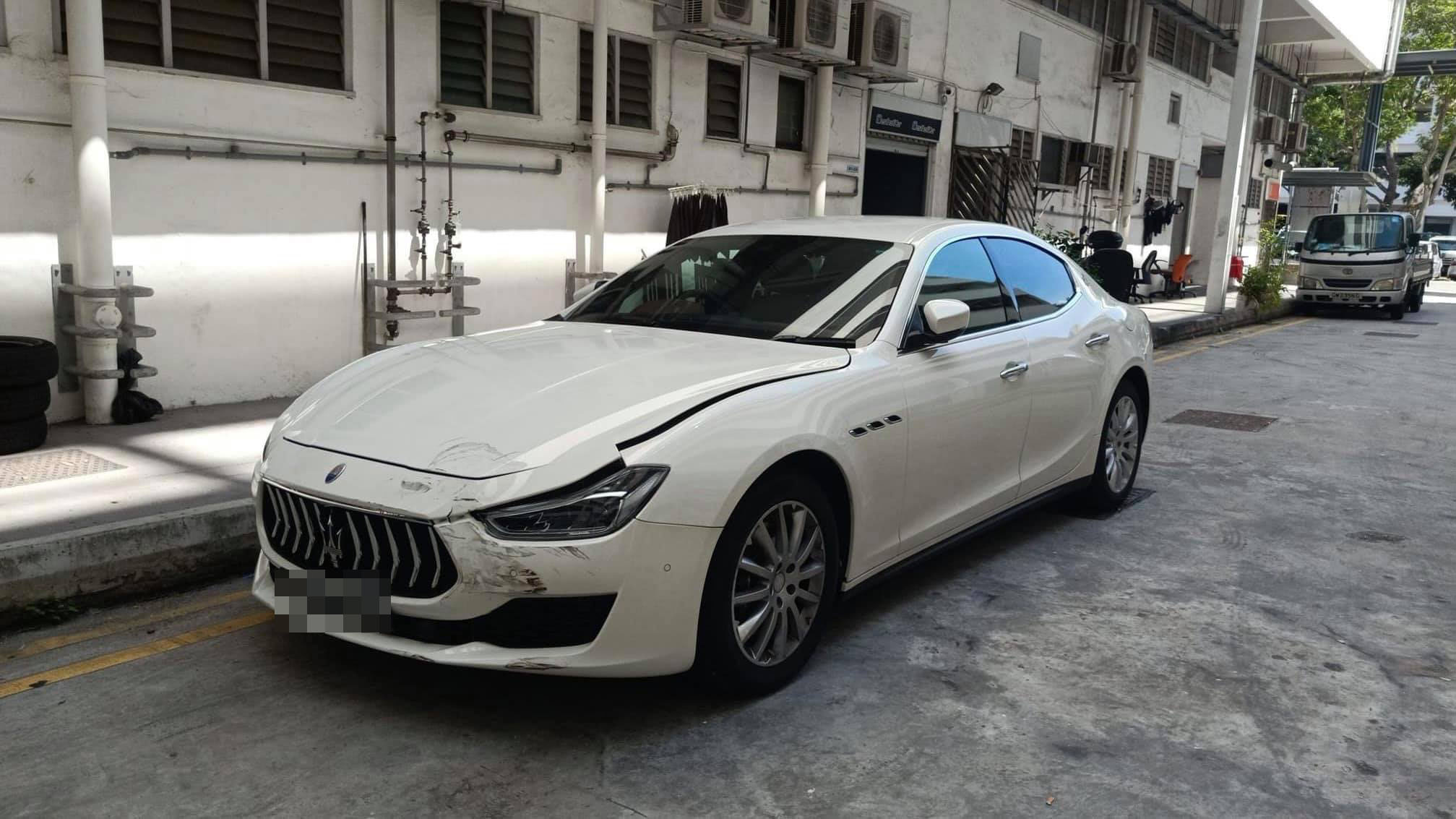 From the photo, the left of the car appears to be scuffed up, possibly from the collision with the motorcycle.

The luxury car also seems to be slightly dented, the lid of the car bonnet’s slightly raised, hinting at the strong impact of the accident.

Speaking to MS News, an SPF spokesperson said that they were alerted to the accident at around 11.09pm on Tuesday (19 Nov).

The motorcyclist was reportedly unconscious when brought to CGH, and the car driver was arrested for drink driving.

Hope errant driver will be brought to justice

Kudos to the driver and rider who gave chase after the Maserati.

Hopefully with the evidence, the errant driver would be brought to justice for both violating traffic rules and fleeing from the accident scene.