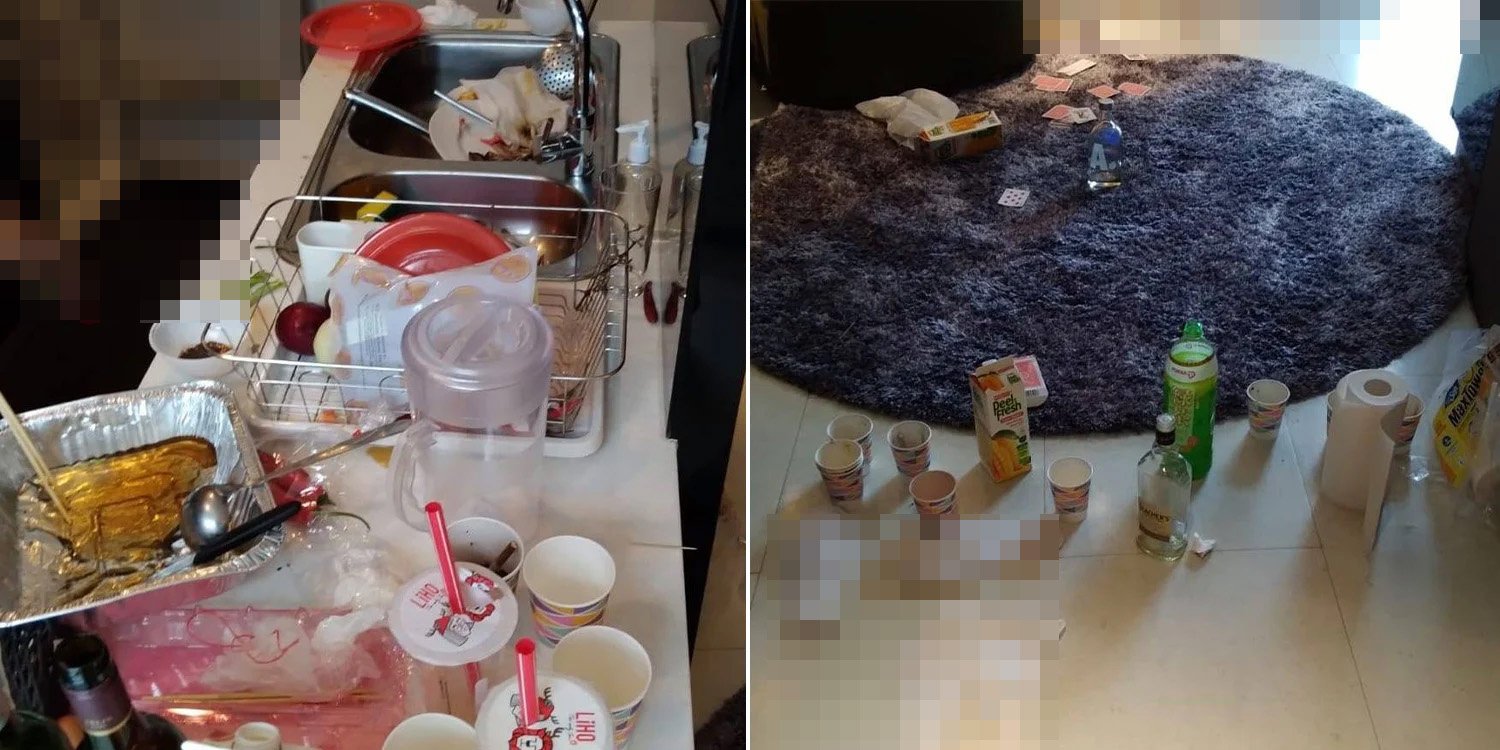 There may only be 1-1.5 hours to clean these rooms.

EDITOR’S NOTE: Image backgrounds have been censored at the request of the woman.

You may have been at a hotel on staycation, waiting at the lobby after check-in and wondering why you can’t relax in your room yet. Well, that’s probably because the housekeeper is still cleaning up your room after the previous guest vacated it.

The daughter of a hotel housekeeper in Singapore shared on Facebook about how her mum’s job is becoming tougher with each day.

She shared several pictures of the mess that some guests left behind, which housekeepers like her mum needs to clear. 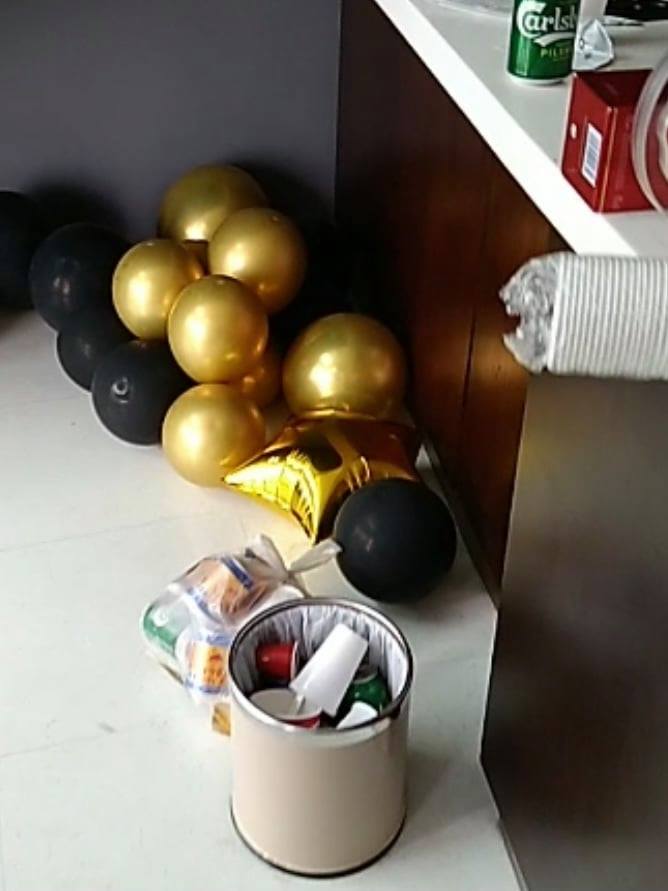 Due to the frequency of these messes, this increases their mental stress on top of the long hours of manual labour.

But the woman hopes that we can lessen their workload by being responsible and placing trash in bags, for example.

Hotel guests leave mess behind after checking out

The woman – who wished to remain anonymous – introduced herself as the daughter of a hotel housekeeper who cleans rooms for check-ins and check-outs.

While the job appears simple, there appear to be many complicating matters.

For example, there are many staycations and celebrations at hotels these days, but guests sometimes leave behind a mess.

This can include trash strewn all over the room — including the bathroom, kitchen, and balcony. 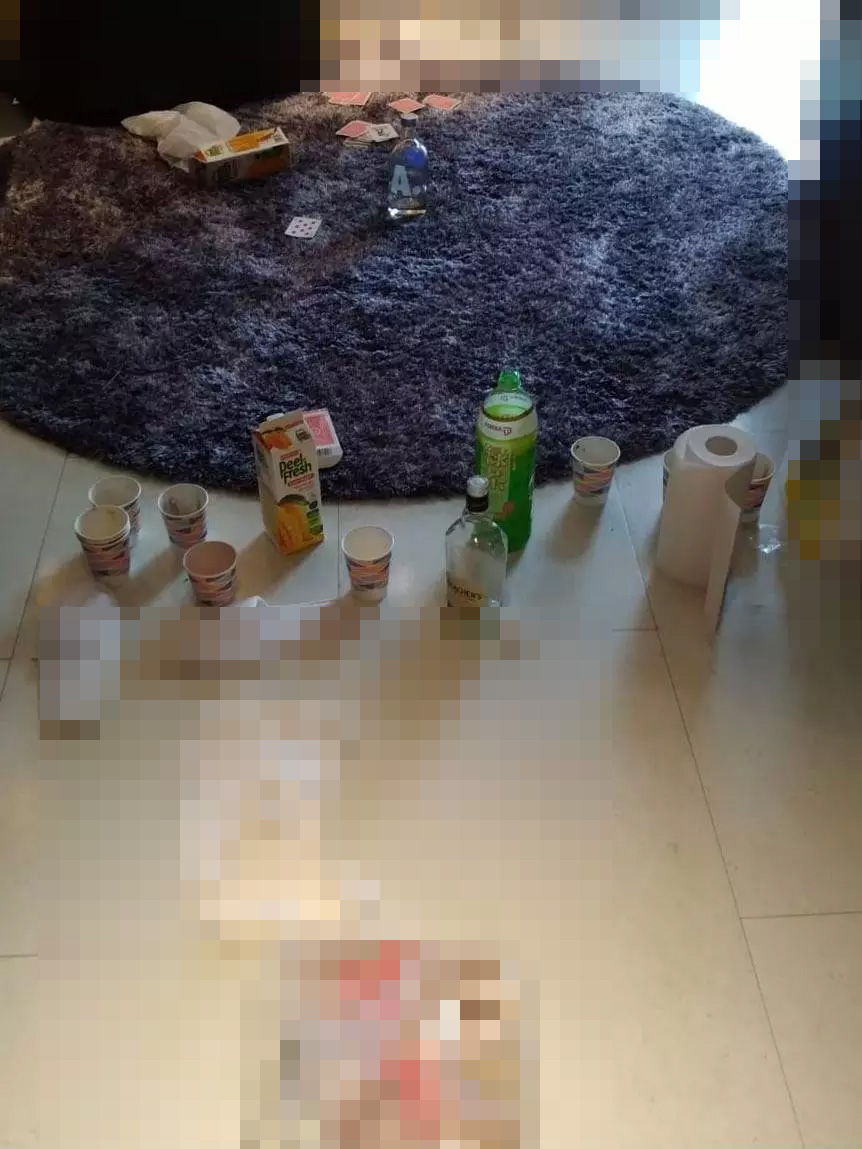 Through the shared images, it’s apparent that a party or celebration took place.

Bottles of alcohol aside, there are towels everywhere and assorted cups left on the floor.

The kitchen is not much better — uncleaned cups and assorted kitchen tools, maybe for cooking instant noodles, adorn the kitchen tabletop. 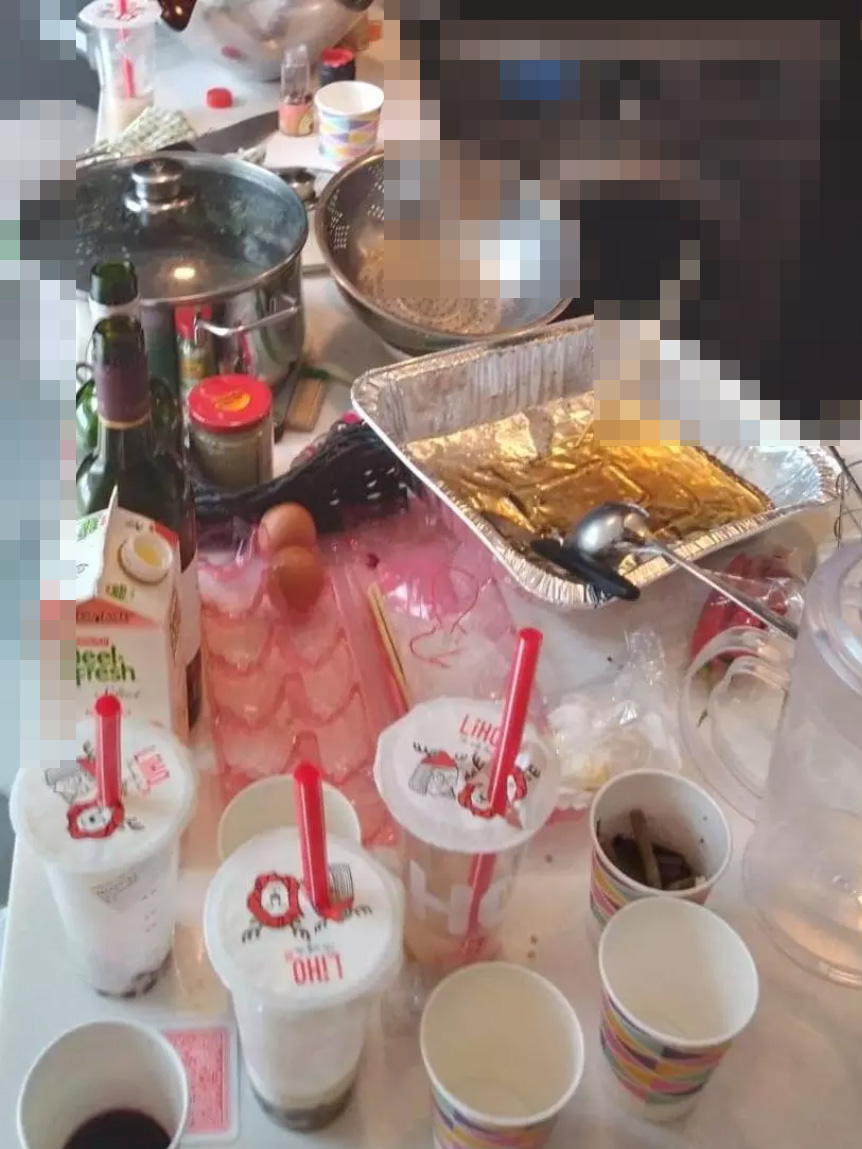 Even the sinks aren’t spared from the unholy mess, and it appears the thought of cleaning never occurred to this group of revellers. The woman added that due to the Covid-19 situation, there’s more involved in the cleaning process, although she didn’t elaborate on that.

But carpet stains are tough to clean out, and cleaners may even have to throw the entire carpet if stains can’t be removed, she noted.

These messes may be manageable if they occur once in a while, but they are frequent, according to the woman, and if several rooms require deep cleaning, the tasks will snowball.

Sometimes, she said, cleaners may only have 1 to 1 and a half hours to prepare the room for the next guests during peak period.

Guests can help clear up after themselves before checking out

The point of the post is to highlight the plight that these cleaners face when seeing such huge messes, the woman wrote.

Housekeeping requires not only long hours of intensive labour but also exposure to high mental stress due to pressure from supervisors to complete their jobs on little time.

As such, she hopes that guests can help out, if only just a bit, by cleaning up after themselves.

Simple things like putting your trash in plastic bags and placing them aside can save time and effort for the cleaners, as well as give a better experience for the next guests.

Hopes everyone can do their part

Guests may demand for their room after they check-in, but this is the sort of mess that cleaners may have to face before they can do so, the woman noted.

She also hopes that guests can be appreciative of the work that housekeepers put in, while they’re exposed to detergent chemicals that can cause their skin to dry and rough out.

While the cleaning is part of their job scope, it’s not as easy a job as one would imagine.

So if hotel guests can do their part to not leave a mess behind, this will help the housekeepers immensely.