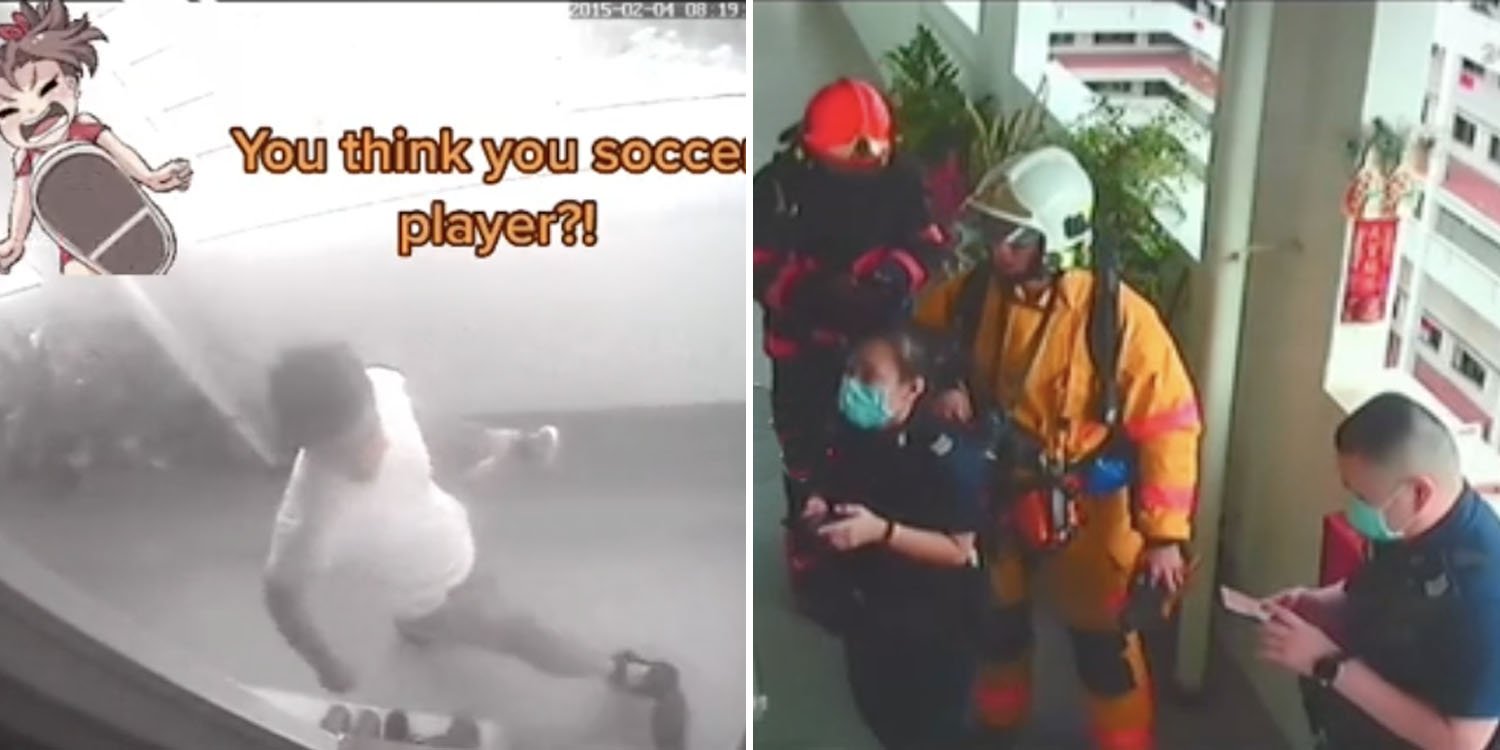 She refers to him as the "neighbour from hell".

UPDATE (9 May): According to HDB, such disputes are private matters. Individuals are encouraged to communicate and settle disputes amicably.

Beyond that, residents facing such problems can approach CMC or their grassroots leaders to help mediate between them.

In land-scarce Singapore, many of us live in HDB flats in close proximity to our neighbours.

Inevitably, this can lead to conflicts, especially if we have inconsiderate neighbours.

For an MS News reader living in Hougang who requested to remain anonymous, her nightmarish encounters began 11 years ago when her neighbour suddenly started complaining about her family.

Over the years, things escalated, but despite seeking help from various organisations, little could be done to resolve matters.

At her wits’ end, she decided to document what it’s like living with a “neighbour from hell” on TikTok. 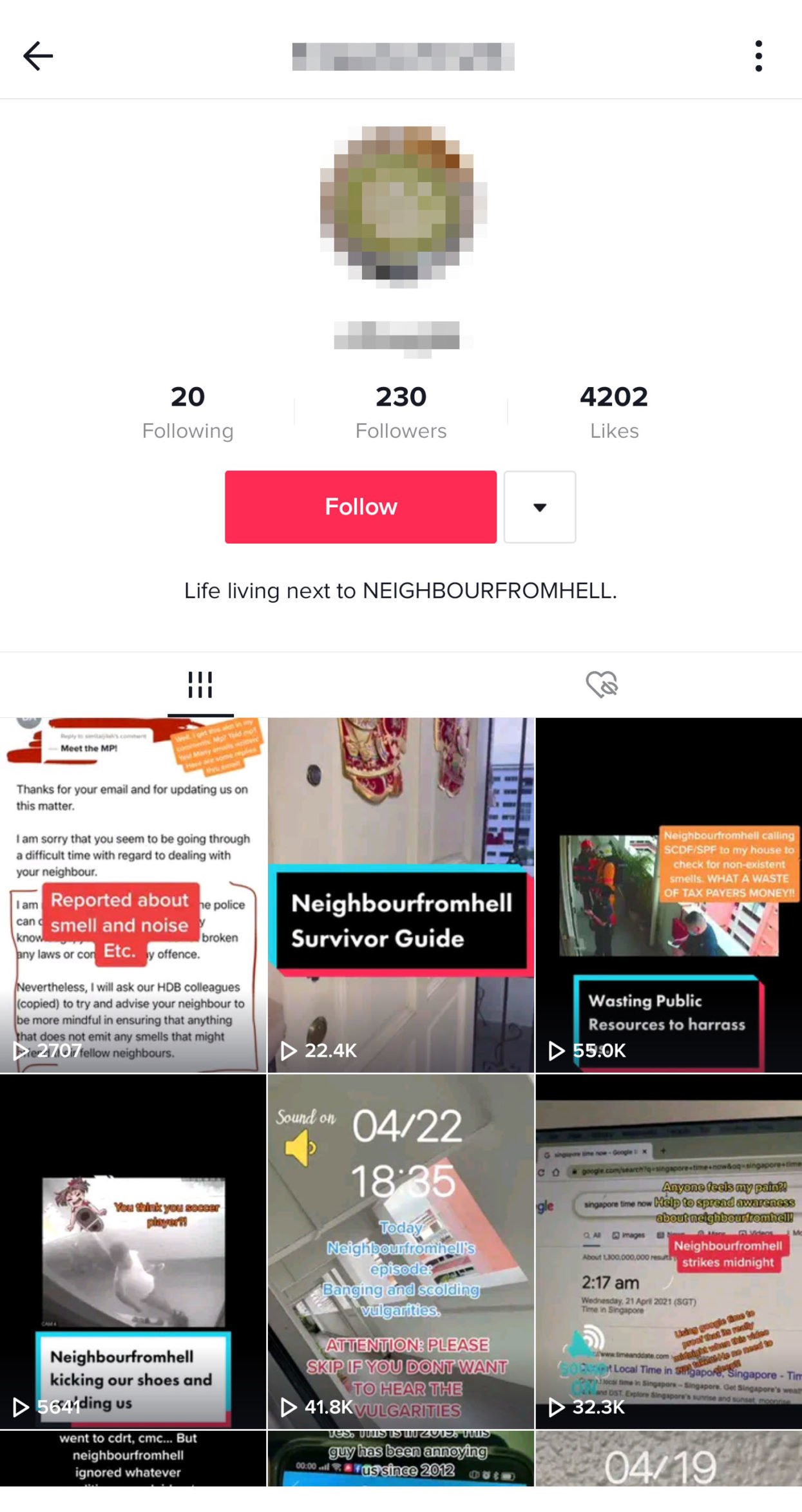 Woman in Hougang makes TikToks of ‘neighbour from hell’

In 2010, the woman’s next-door neighbour accused her family of creating a ruckus, playing with marbles, and stomping their feet.

After living for 5 years at Block 552 Hougang Street 51, her neighbour then started sending complaints and legal letters their way.

The neighbour’s attitude turned hostile, and he would allegedly shout vulgarities at the family and intentionally damage their plants as he walks by their flat. 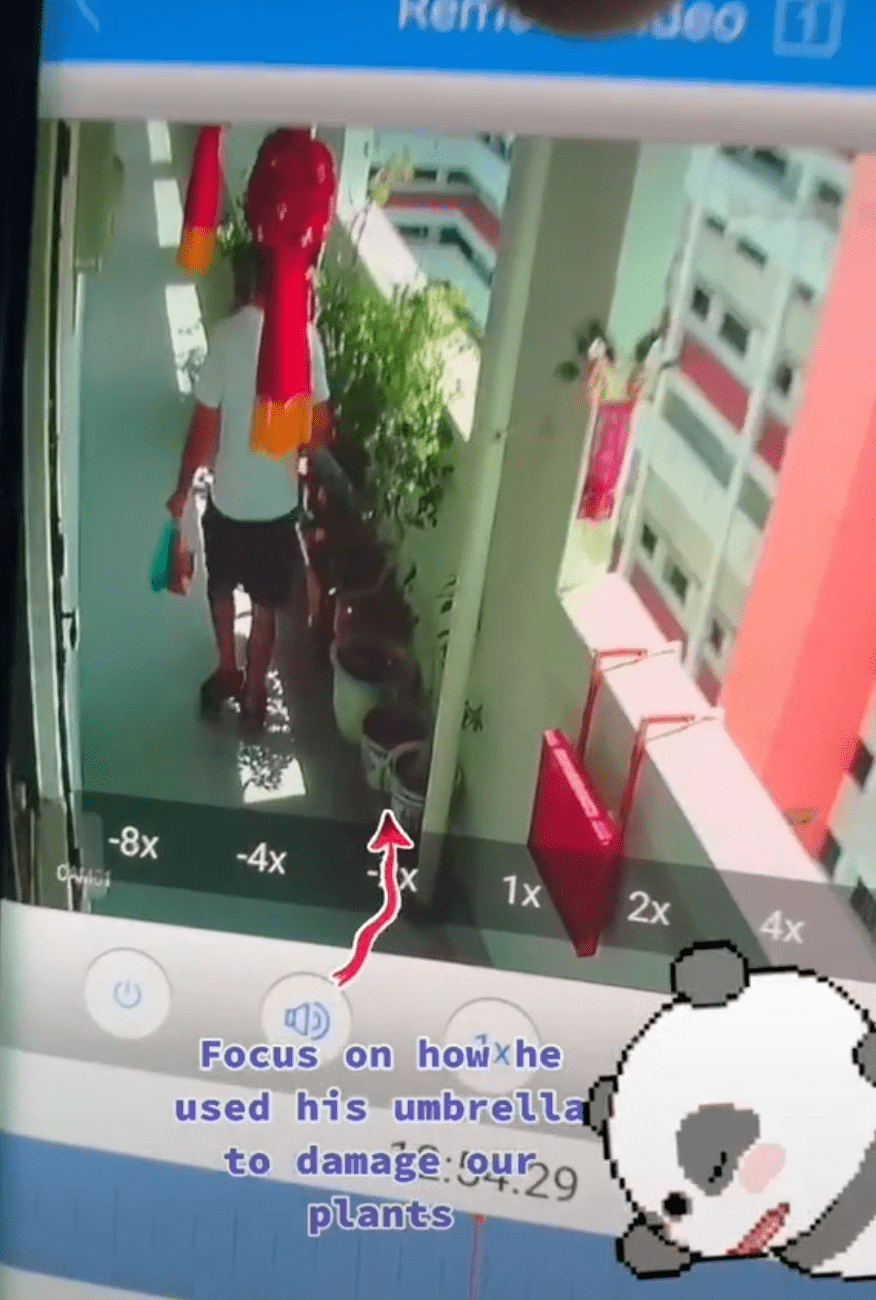 The woman documents his various antics, such as kicking their shoes on her TikTok account, referring to him as a “neighbour from hell”.

Speaking to MS News, the woman shared that the neighbour would make loud noises that sounded like furniture dragging in the past few years.

There would also be noises of what seemed to be banging of pails throughout the day and night.

sounds from my #neighboursfromhell #mothershipsg #hdb EVERYDAY. Will share more next time.

During the ‘Circuit Breaker’, she alleged that the noise was so loud that other neighbours living 2 floors away could hear it.

A year ago, the neighbour complained of various scents coming from her unit, such as a burning smell. He even called the police and Singapore Civil Defence Force (SCDF). 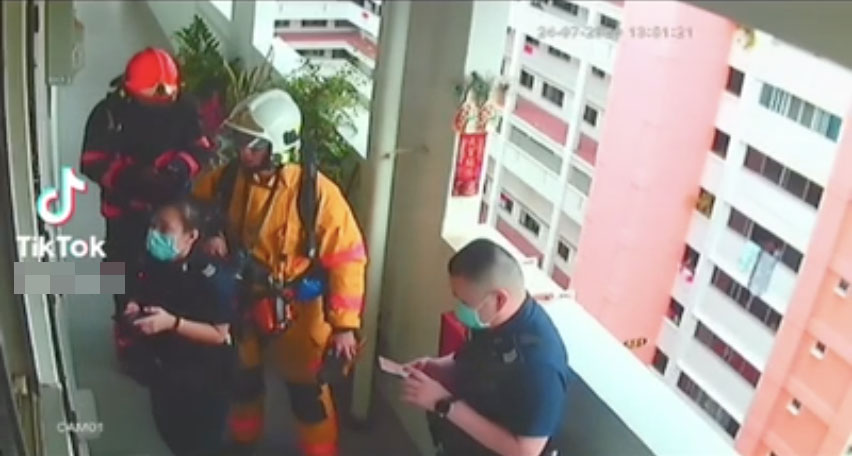 This happened on more than one occasion. After one such complaint from the neighbour, the woman said that HDB personnel came down and verified that there were no smells.

According to her, HDB and the town council detected a pungent ammonia smell from his unit instead.

Throughout the longstanding dispute, the woman’s family was often visited by HDB, town council, police, and SCDF personnel.

This is in addition to noise from her neighbour’s unit, which she claimed has severely impacted her family’s quality of living.

She shared with MS News that her family no longer invites friends over.

The woman has sought recourse through various avenues, including the Community Mediation Centre (CMC) and HDB.

She made a magistrate complaint to the State Courts, but she was told she did not have sufficient evidence.

She has also filed numerous police complaints over the years. She also reached out to her MP, who brought the issue to HDB and the police. But there was little they could do as her neighbour did not break any laws or commit any offence.

Hope differences between both neighbours can be resolved

Left with seemingly no alternatives in resolving her “nightmare”, the woman started making TikTok videos to raise awareness on such issues between neighbours.

MS News has reached out to HDB for a statement on the matter.

High-density living certainly presents its challenges in such situations.

While we acknowledge that this is a one-sided account of events, we do hope that eventually, the neighbours will resolve their differences.