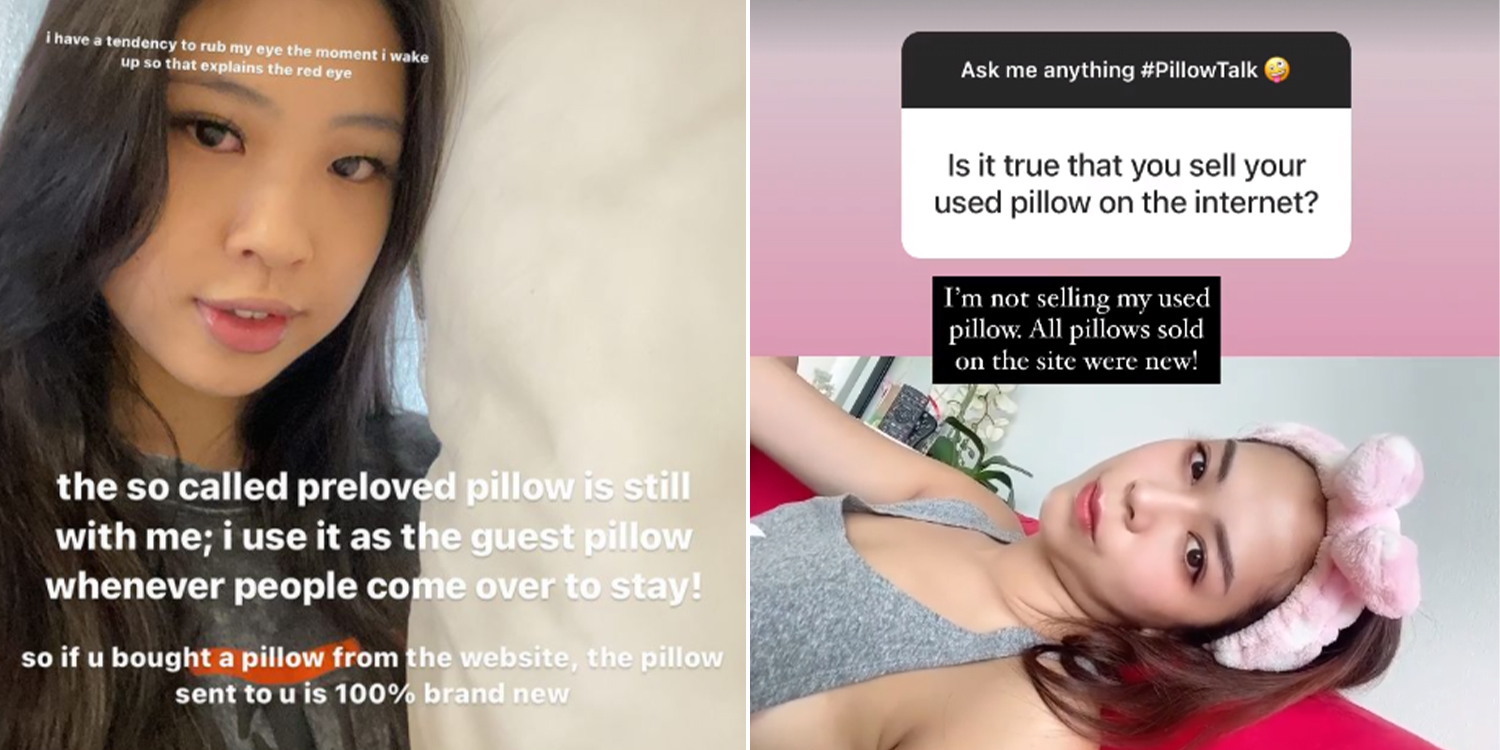 The media company had wanted to keep their involvement a 'surprise'.

When a website sprang up advertising pre-loved influencer pillows, many were in disbelief. Unfortunately, criticism also followed, accusing participants and customers of perversion.

But the influencers claim that the site wasn’t what they signed up for, and that they felt ‘sexualised’.

In fact, the entire site was never made to sell any used pillows, but was merely a ‘social experiment’ to see who would buy them, they were told.

But as criticisms mounted and the media company in question allegedly wouldn’t clear the air, some of the participants took to social media to clarify their side of the story.

On Monday (21 Dec), one of the influencers who appeared on The Sleeping Beauties selling her pillow, Avander Ho, took to Instagram to clarify the circumstances.

She emphasised to the public that she isn’t selling any pre-loved pillow. 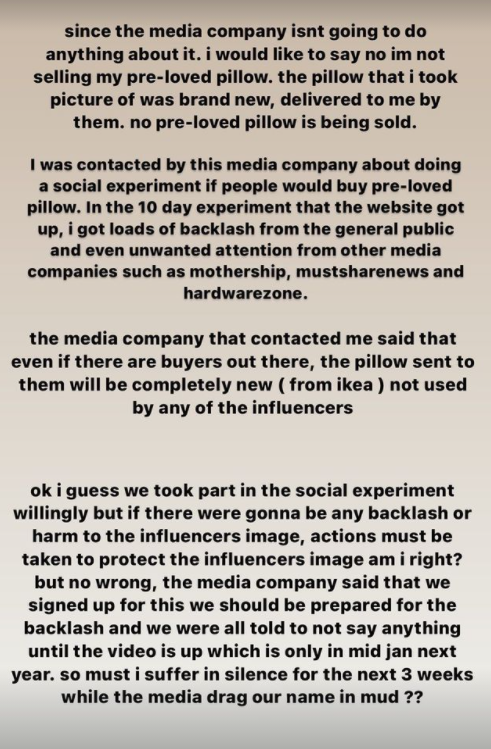 Instead, she explained that a media company had pitched a ‘social experiment’ to her and apparently several other influencers, which culminated in the website.

Ms Ho also posted another story showing that the supposed pre-loved pillow is still in her possession. MS News can confirm that at least 2 influencers received the same pitch from this media company, as follows:

We were inspired by articles on ladies selling hair & pre-loved items to earn money, and we were wondering if we can replicate the trend here in Singapore. You may refer to reference here: https://budgetboost.co/financial-confession-i-sold-my-hair/”

This was followed by another message:

“For this project, we are looking to setup a website and sell pre-loved pillows from influencers. We’ll be sending pillows for you to shoot & pose with it, and selling them on our new e-commerce website to see if anyone will purchase them!

This is like a social experiment, and we WON’T be continuing this “business” after 10 days. You may also price the pillow at any amount you want 🙂

In the messages, the company had told the influencers that they would not actually sell pre-loved pillows. All they had to do was send pictures of them posing with the pillow.

This “business” was also to cease after 10 days. More on that later.

As for the pillows the influencers posed with — they were brand-new from IKEA, Ms Ho said, and were never actually sold.

Influencers allegedly had no say in final product

While the influencers agreed to participate, none of them seemed to have any inkling of what the site would look like until it went ‘live’.

In their social media posts, several influencers claimed their role went as far as providing pictures and quoting an arbitrary price.

The reviews in particular painted a less than wholesome picture of the “business”.

One of the screenshots of a conversation between an influencer and the media company seen by MS News shows that the website went ‘live’ on 9 Dec.

But soon after the site started getting attention from the media on Sunday (20 Dec), backlash followed.

Comments about trying to profit from perverts allegedly surfaced, and the influencers started receiving unpleasant messages on social media as well as in their inboxes.

If we knew that (the website) was so sexual we would have retracted our consent.

Influencers allegedly told to have been prepared for backlash

In light of the backlash, Ms Ho, along with other influencers, reached out to the media company to ask whether they’d do anything to alleviate the situation.

However, they were allegedly rebuffed. Ms Ho claims that the company told them that because they gave their consent, they “should have been prepared (for the backlash)”.

But Ms Ho insists she hadn’t signed up to be sexualised, and thought the site would be along the lines of the reference article provided.

To Ms Ho’s knowledge, the video that the media company was producing would only be completed in mid-Jan. The influencers thus had to keep quiet until then.

Facing an impasse, they decided to go public to clear the air themselves.

Buyers would supposedly get refunds for pre-loved pillows

Some of the influencers, including Ms Ho and Vivian Tian, clarified that they weren’t really selling any pre-loved pillows. 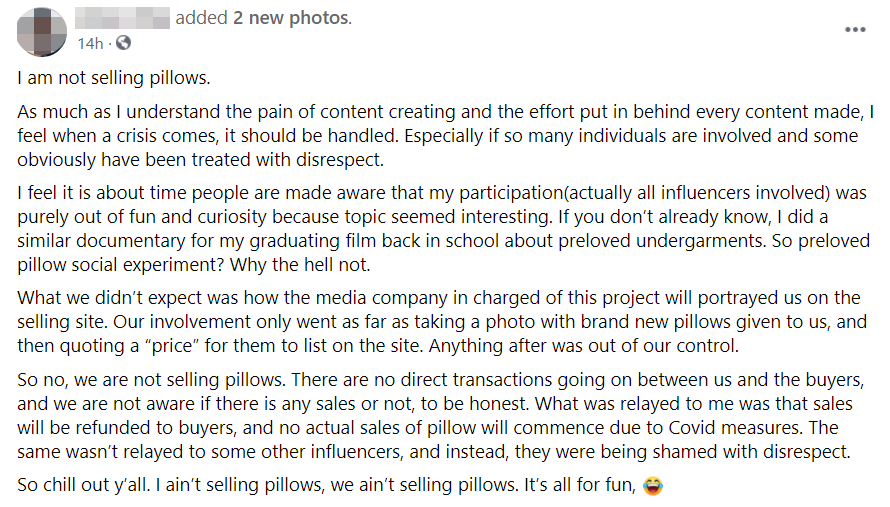 Ms Tian shared that the company had promised to refund customers who had made any purchases — though “no actual sales of pillow will commence due to Covid measures”.

Despite outlining the “fun” behind the experiment, she expressed disappointment over how some influencers had been “treated with disrespect.”

Speaking to MS News, Ms Ho said that the decision to refund buyers came “suddenly”. She added that she wasn’t paid for her role in the “social experiment”, nor were any others.

Some other influencers requested to take the proceedings and donate them to charity instead.

The “differing stories” – where some chose charity while others said the buyers would be refunded – were likely due to differing negotiations.

Media company has yet to release a statement

As of yesterday (22 Dec), the Shopify website has been taken down. However, the site had been up for more than the 10 days as noted in the beginning.

Presently, the media company has not issued a statement, nor have they revealed that they were behind the “business”.

However, they did update one of the influencers, Kimberley Yong, that she earned a whopping $0 from the sales. 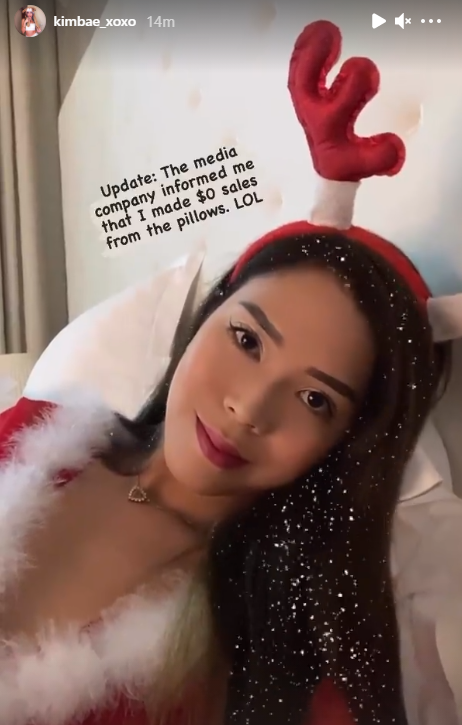 MS News has reached out to the media company and will update the article if they reply.

While there was some transparency in informing the influencers of the project’s intention beforehand, the company arguably has a duty to clarify the explicit details that would follow.

Responsibility in helping the influencers to manage any backlash would have also been appreciated.

We hope that all parties will be able to resolve this issue amicably, and clear the air over what had transpired.