Jakarta MRT Calls Out ‘Bad’ Behavior In Video; Like Snoring On Trains Applying make-up is a no-no.

Singapore’s MRT is one of the main transport methods as it gets people from one place to another quickly and cheaply.

Seems interesting? You might want to watch the video to decide for yourself.

What begins as a normal instructional video on what not to do on an MRT, takes a rather bizarre turn. Upon taking a closer look, you may be confused about some of the points made — like snoring and applying excessive make-up being ‘bad’ behaviours on trains.

If you snore on the train, use a face mask

Yes, that’s right, snoring on the MRT is not socially acceptable. 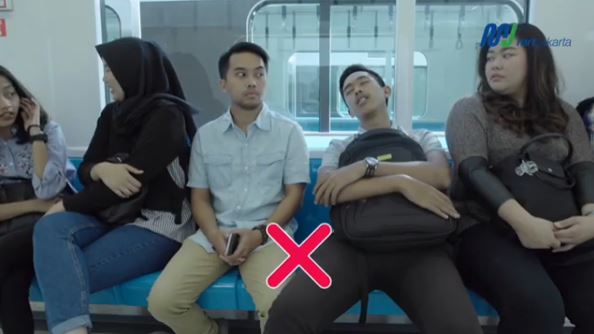 But is sleeping allowed? Well, from the video, closing your eyes seems to be alright.

Sleeping is fine but snoring while sleeping isn’t. What if we naturally snore or have a blocked nose?

Don’t worry, they have got you ‘covered’ as well. 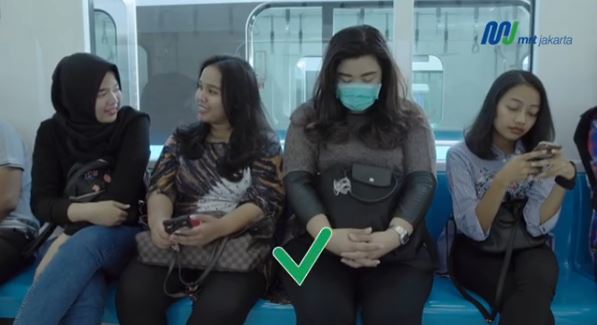 Apparently, the elusive secret to prevent snoring is to put on a face mask and look down. Forget the hours and hours of treatments and products, this is absolutely free-of-charge.

You can now tell your friends and family members, the secret to preventing further noise pollution.

Disclaimer: MS News does not endorse this secret technique.

Ladies, Jakarta MRT has suggested that you do not apply excessive make-up while travelling.

Some of you may think that this is unreasonable. Besides, who even applies make-up like this?

Maybe the post is really trying to say you don’t need to apply make-up, because you’re amazing just the way you are.

All jokes aside, the video did have valid points.

Peeking at people’s screens, rowdy actions and eating are all understandably ‘bad’ behaviors on the MRT.

However, the backlash due to the other two points seems to have overshadowed the others.

Based on “other countries”

Responding to the negative comments was Mr Kamal Muhamad Kamaluddin, acting Head of Corporate Strategy and Planning at Jakarta MRT.

Mr Muhamad said the video was made with “benchmarks used by urban subway systems in other countries”. In other words, the 5 behaviors were based on etiquette by other countries.

The next question you may have is,

From which countries sia?

Unfortunately, MS News does not have an answer for you.

A netizen suggests focusing more on key basic etiquette, like not entering with dirty shoes instead of applying make-up excessively which rarely occurs.

Someone else suggested that a tip for commuters who have just exercised to be properly attired should be added.

Everyone plays a part in social etiquette

Ultimately, social etiquette is the responsibility of each individual. Anything you do can bother others when taken to the extreme.

The best course of action is to ask yourself how you would feel if the other person acted the same way you did.

Do you think any of these rules apply to our local trains, or has the video missed the mark? Sound out in the comments below.