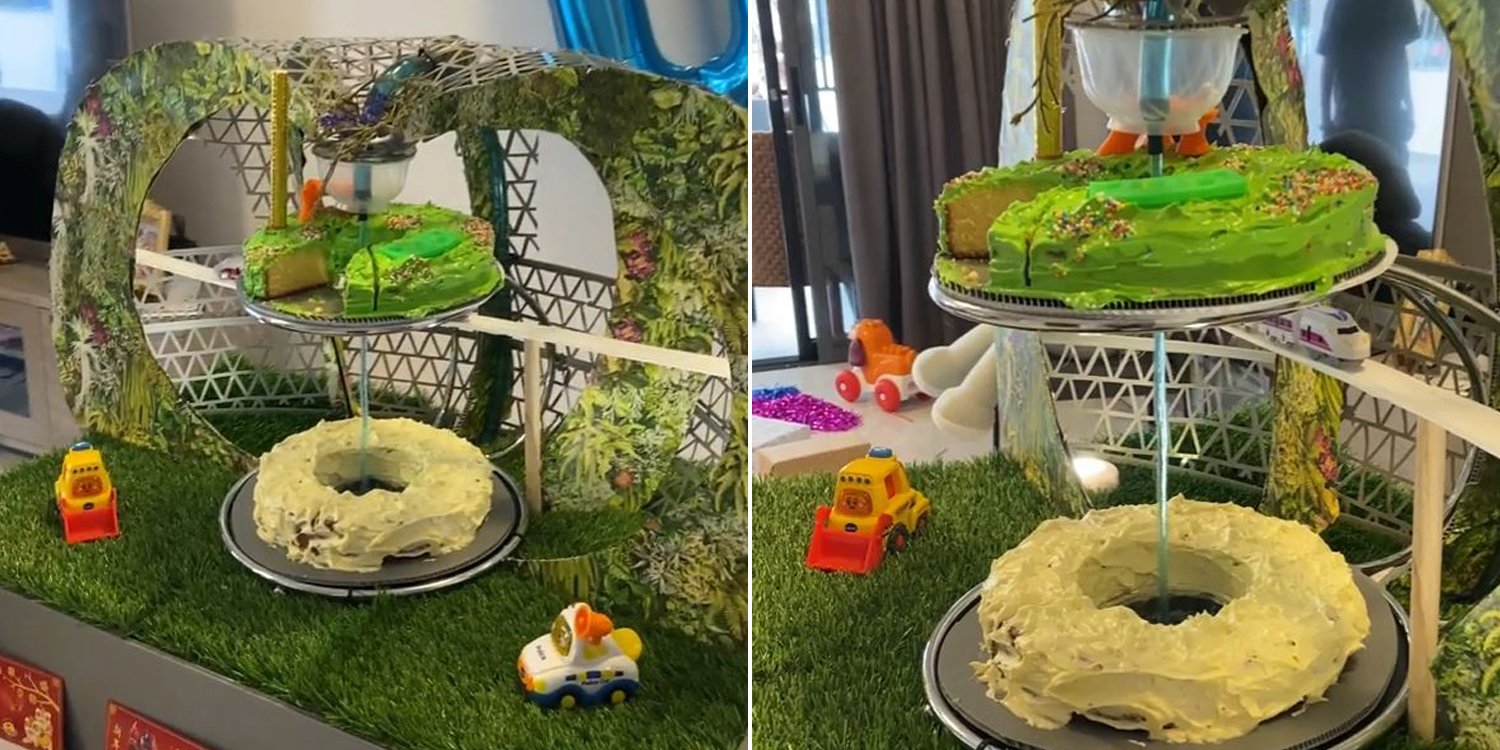 Do you remember your first birthday? If your parents were enthusiastic, they would have probably thrown a big party. But this Singapore parent took things to the next level.

Redditor u/Snerrot raised dessert standards with this Jewel Changi cake for their son’s first birthday. Taking inspiration from the child’s adoration for the Rain Vortex, this was the final product the parent came up with. 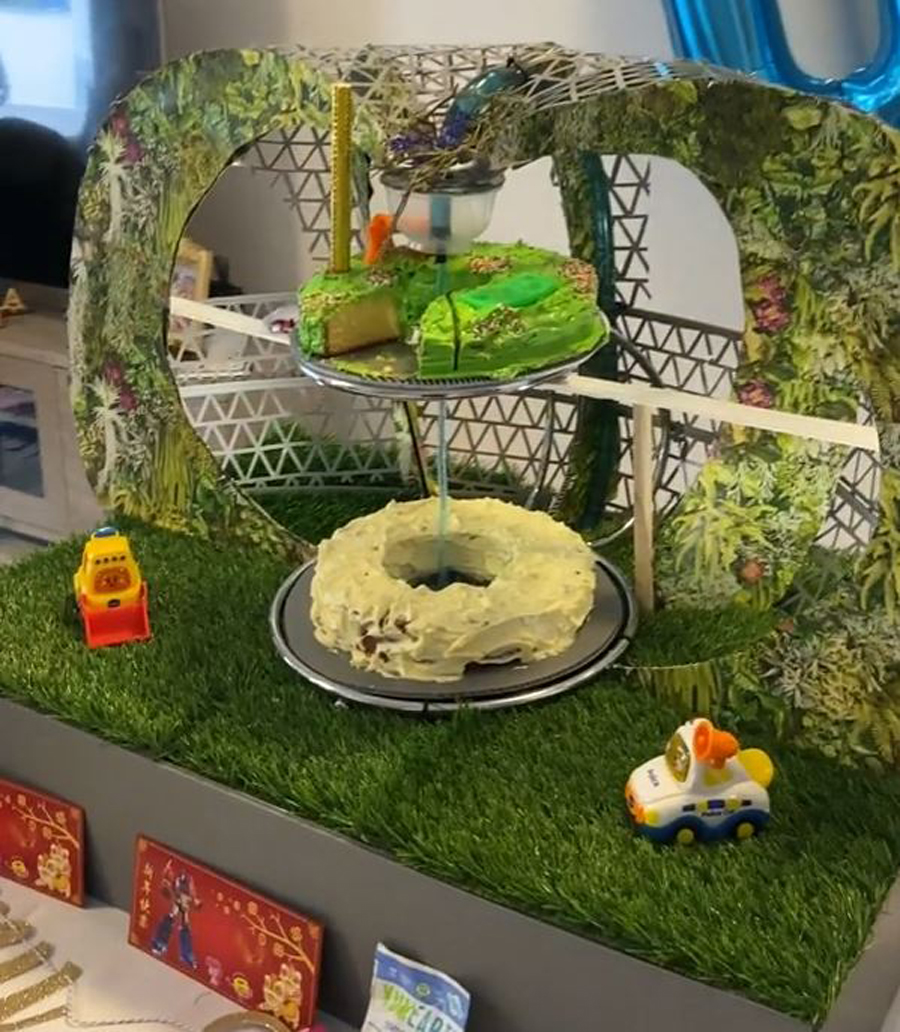 We’d say the outcome was a smashing success, because of the meticulous Skytrain, slides, grid shell roof, and gardens. 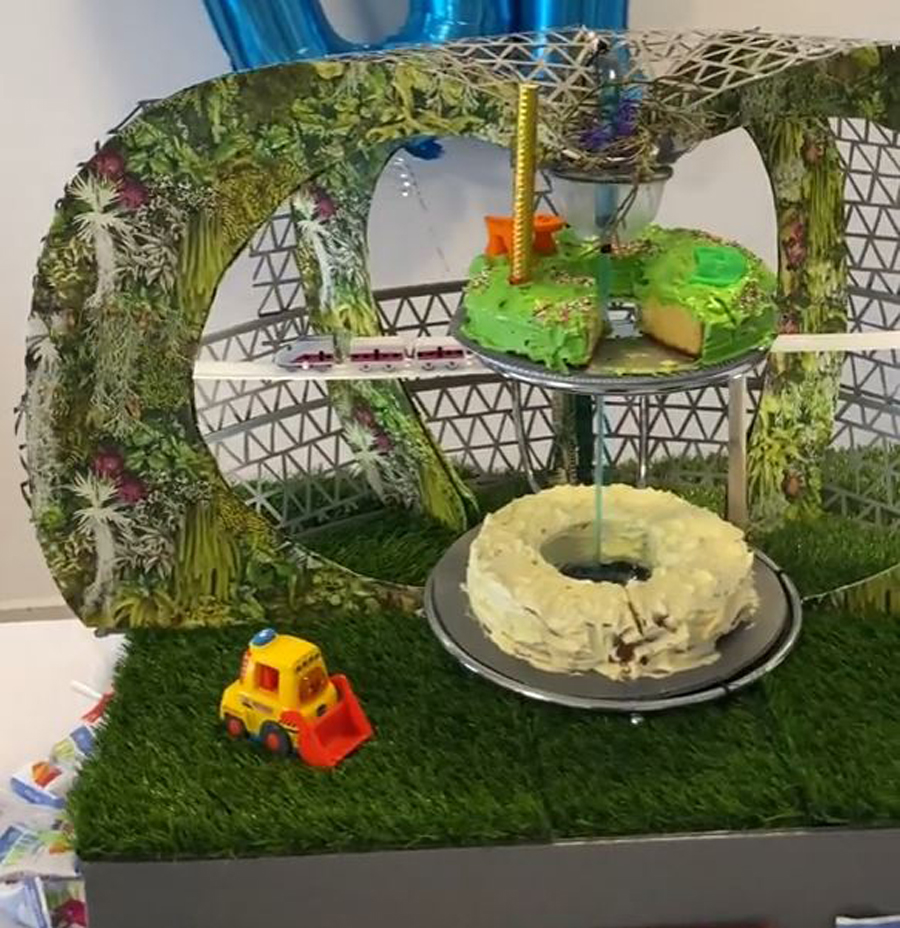 Let’s take a tour so you can attempt to spoil your kids with a similar architectural wonder.

Redditor u/Snerrot uploaded a video to show the different features of the cake, which begins with a view of the Changi Airport skytrain atop a plastic track. As the video zooms out, you’ll notice the iconic grid roof which probably required magical fingers to cut evenly. The Canopy Park is aptly represented by a green doughnut cake with sprinkles to match the diverse flora and fauna there. 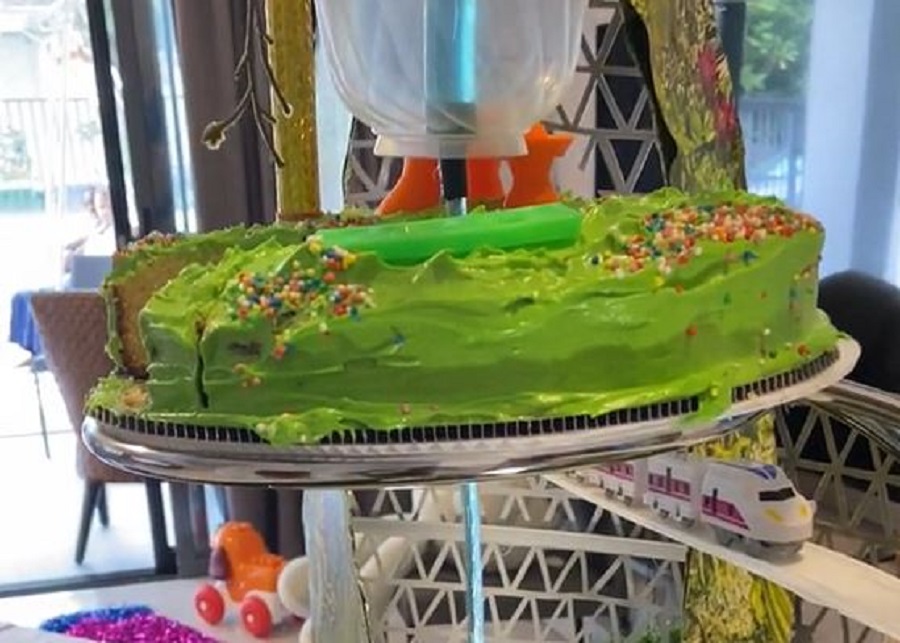 Most of the structure appears to be stationary, until you take notice of the centerpiece, which is the stunning indoor waterfall.

Blue liquid glides smoothly down a tube, in a clean line from the top of the masterpiece, all the way down. 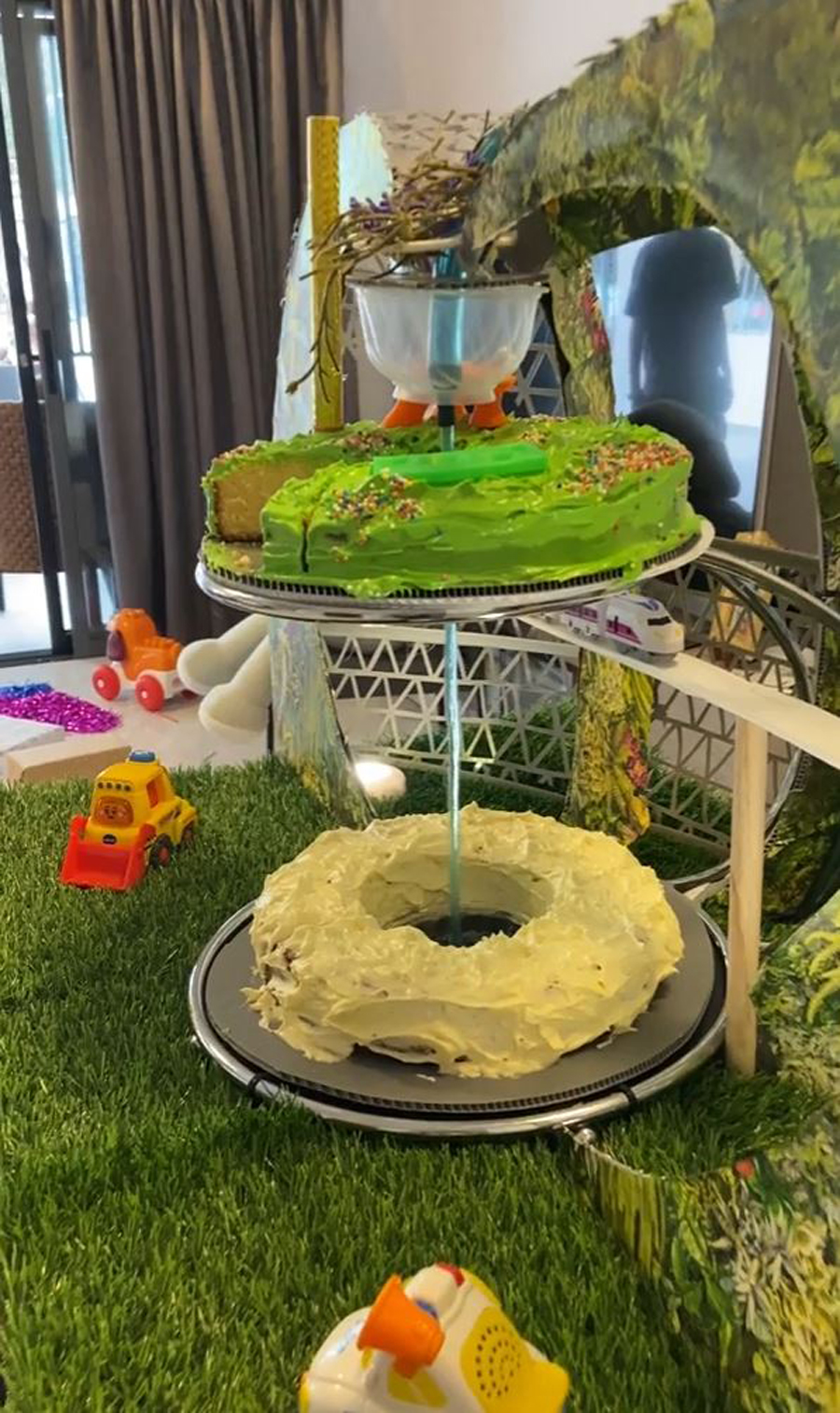 The real-life waterfall may have made many of our jaws dropped already, but this amazing replica leaves us almost as impressed.

First attempt to bake a cake

In the Reddit post, the parent mentioned that this was the first cake they had ever baked.

Considering all the intricate details and genius contraptions, we think it’s nothing short of an astounding creation. Kudos certainly go to the parent for going all out to make their son’s first birthday a special one.

We hope that he’ll have just as memorable a celebration for many birthdays to come.