Must Share News – Independent News For Singaporeans
Home News Jho Low May Sue Over New Book About Him; You Can Buy... 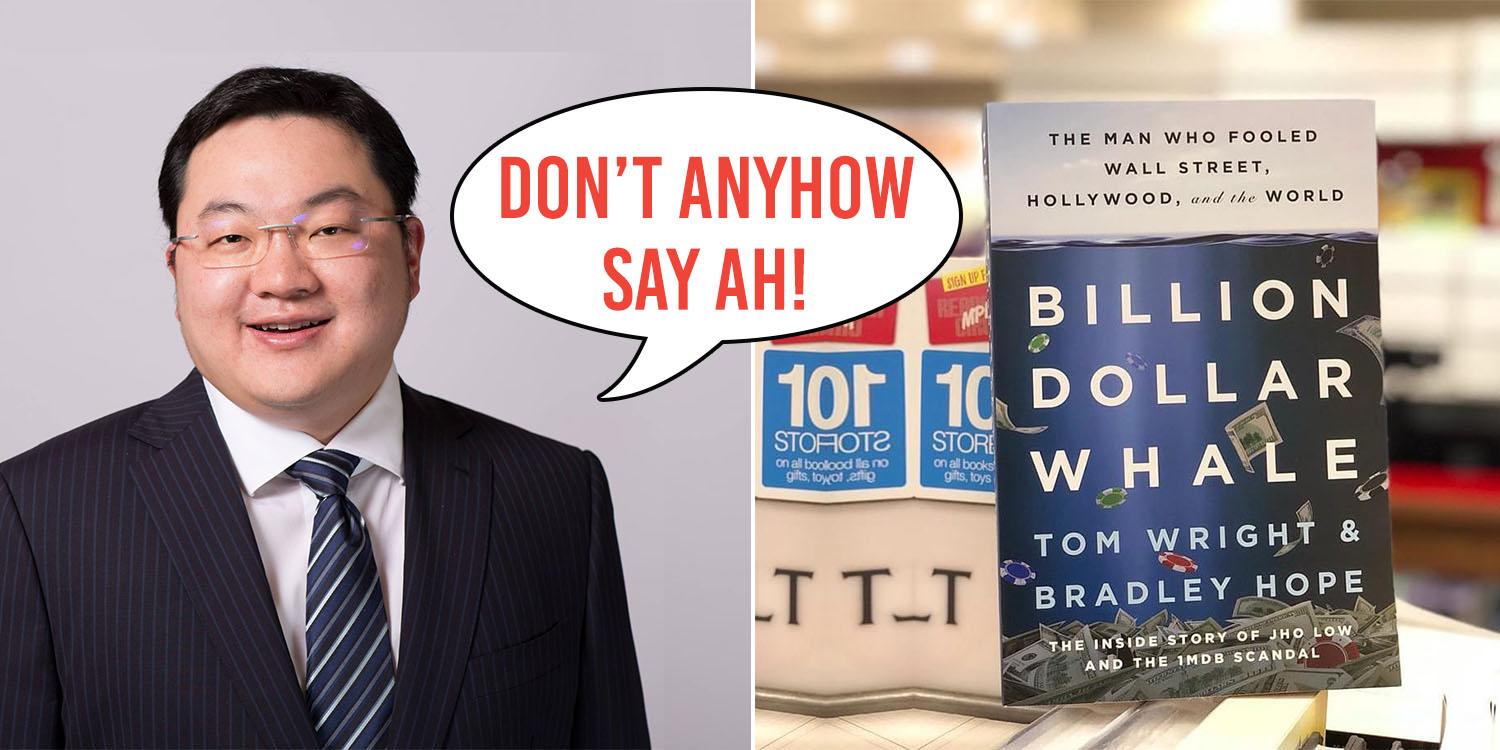 Guess which book is topping Amazon’s list of bestsellers?

A juicy novel chock-filled with Hollywood-level exploits and good ole’ money laundering allegations about Mr Jho Low, the man in the centre of a perfect 1MDB storm.

While we continue to speculate about Mr Low’s whereabouts, his lawyers are apparently active enough to send “threatening letters to UK publishers” to impede the sale of the book.

Publishing a blurb about it would allegedly constitute committing ‘libel’ against Mr Low and warrant a lawsuit.

Will Jho Low appear in court?

Even if a lawsuit were to happen, can we expect Mr Low to turn up in person to observe court proceedings?

He’s currently wanted in Singapore and Malaysia for allegedly siphoning off billions of Ringgit from the 1MDB fund.

MPH, a publisher who carries the book locally, has told The Straits Times on 18 Sep that they haven’t received any threats of legal action from Jho Low’s lawyers…yet.

They’ll be proceeding with the sale of the book, at an affordable price of $29.90 in local bookstores as planned.

The novels are also expected to fly off shelves in Malaysia, where Mr Low spent some time in Penang getting up to some ‘antics’, or so the book suggests.

Book promises a whale of a time

A ‘whale’ is slang for a person who lives like a baller basically — i.e. making it rain money at parties.

From extravagant parties across the globe involving booze, beauties and acts of debauchery that would make Jay Gatsby jealous, the book’s supposed to be a tell-all on Jho Low’s alleged lifestyle.

Salacious details about the Hollywood A-list stars that attended these events will also be revealed.

Expect major deets about Mr Low’s penchant for striking business deals with the financial elite. And how he arranged secret meetings with everyone from Middle Eastern princes to former US president Barack Obama.

In a few years, we’ll even expect the novel to be fleshed out onscreen in a cinematic event on par with Crazy Rich Asians.

They’ll just need to find a financier like Jho Low to back it.

It may be a long shot, but we think even Mr Low would recognise a good investment when he sees one.

You can get a physical copy of ‘Billion Dollar Whale’ at all major bookstores in Singapore like Kinokuniya & MPH.

Featured image from MPH Bookstore and Jho Low on Facebook.