Must Share News – Independent News For Singaporeans
Home Lifestyle JJ Lin Loved Jewel Changi So Much He Wrote A Song About...

Admit it, many of us instantly fell in love with the spectacular Rain Vortex waterfall in Jewel Changi. 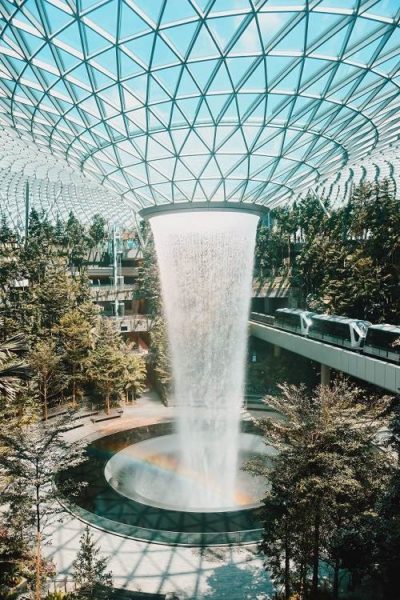 While most of us merely took Instagram-worthy shots and posed with it in the background, one Singaporean decided to write a song paying homage to it.

That person is none other than JJ Lin, the local singer-songwriter behind countless modern-day Mandopop hits.

On Monday (19 Aug), a preview of the music video (MV) was uploaded onto JJ Lin and Changi Airport‘s Facebook page. Within 2 days, the 15-second video garnered over 5 million views across various social media platforms.

You can watch the preview here:

According to Business Insider, it pays tribute to Changi Airport as a “hub for people around the world to meet and form new connections”.

In the short MV, JJ Lin glances into the Rain Vortex while another couple embraces before the gigantic water feature.

Here are the lyrics in Chinese:

And here’s the meaning behind it in English:

Every time before I fly, I look at it

Every face that I’ve loved

and every encounter and missed opportunity

At the right time

The full MV, which will also feature renowned actor Christopher Lee, is expected to premiere next Monday (26 Aug).

According to Business Insider, JJ Lin had the opportunity to view the mall’s model and its artist’s impressions before the actual opening.

Lin reportedly felt “a wave of emotions” upon seeing the preview and agreed to partner Changi Airport Group on composing ‘The Right Time’.

The 38-year-old singer added that he had a “special connection” to Changi Airport as he had spent considerable time studying and eating there when he was a student.

Await the full MV on 26 Aug

We’re heartened that JJ Lin has dedicated a song to one of Singapore’s most iconic attractions.

We have no doubt that fans will be excited for the full release of the song.

Should other attractions in Singapore like the Marina Bay Sands and Merlion statue have songs to call their own too? If so, what should they be named? Share them in the comments below.