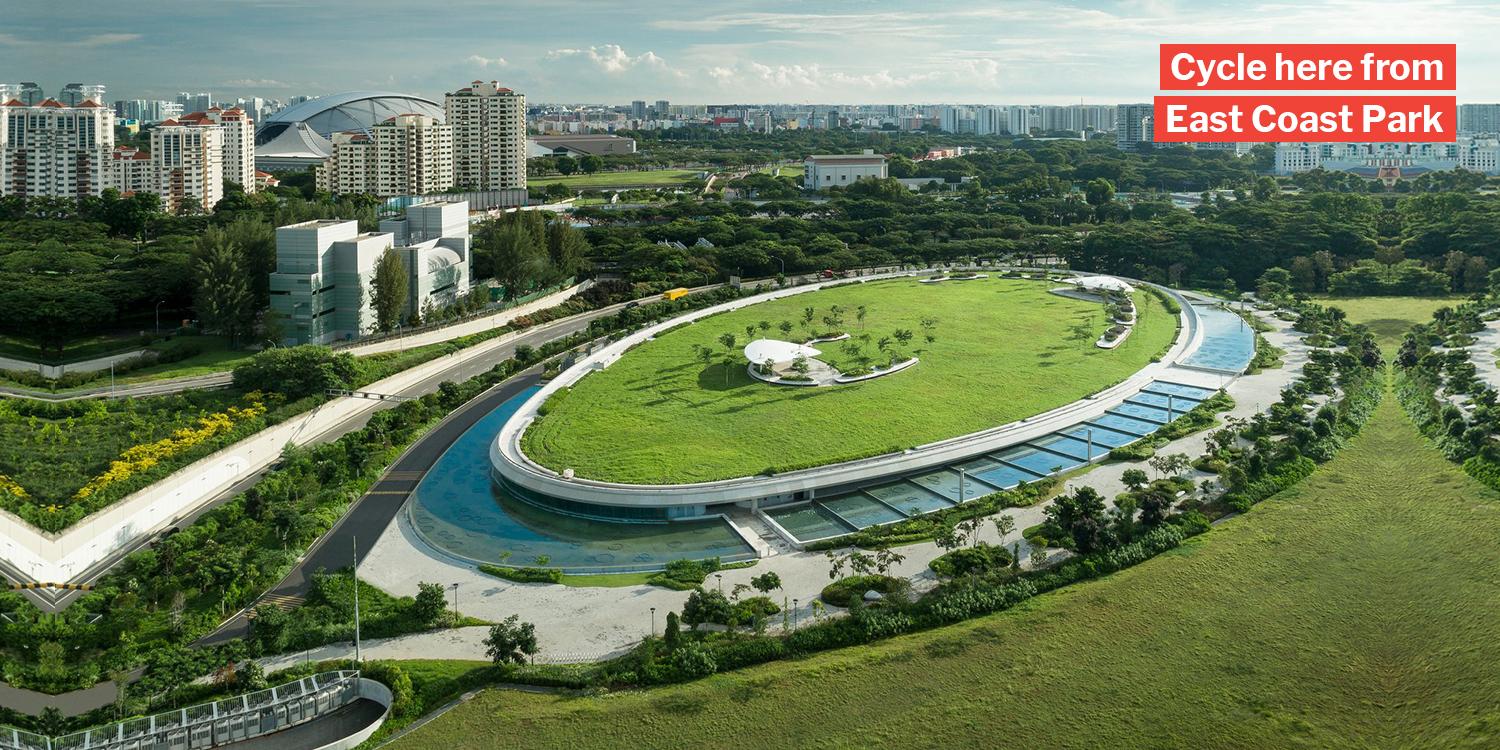 In a country as smol as Singapore, our nation has learnt incredibly creative ways to cope with the lack of space over the years.

From hanging gardens to solar-panelled rooftops, we’re great at re-purposing public spaces to maximise every square metre of available land.

Over at a desalination plant in Keppel Marina East, we can also expect a similar situation — this time, with citizens able to enjoy cool breezes & panoramic views from a green rooftop, once it’s open for access soon. 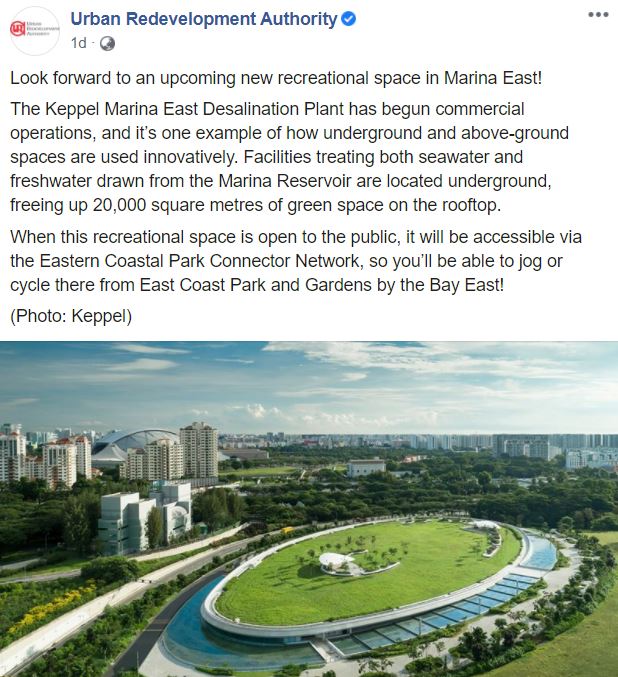 We summarise what else is in store for Easties below.

Besides seating & open-air lounge areas, the huge oblong area will definitely be able to host a vast number of citizens eager for a jalan-jalan based on the picture. 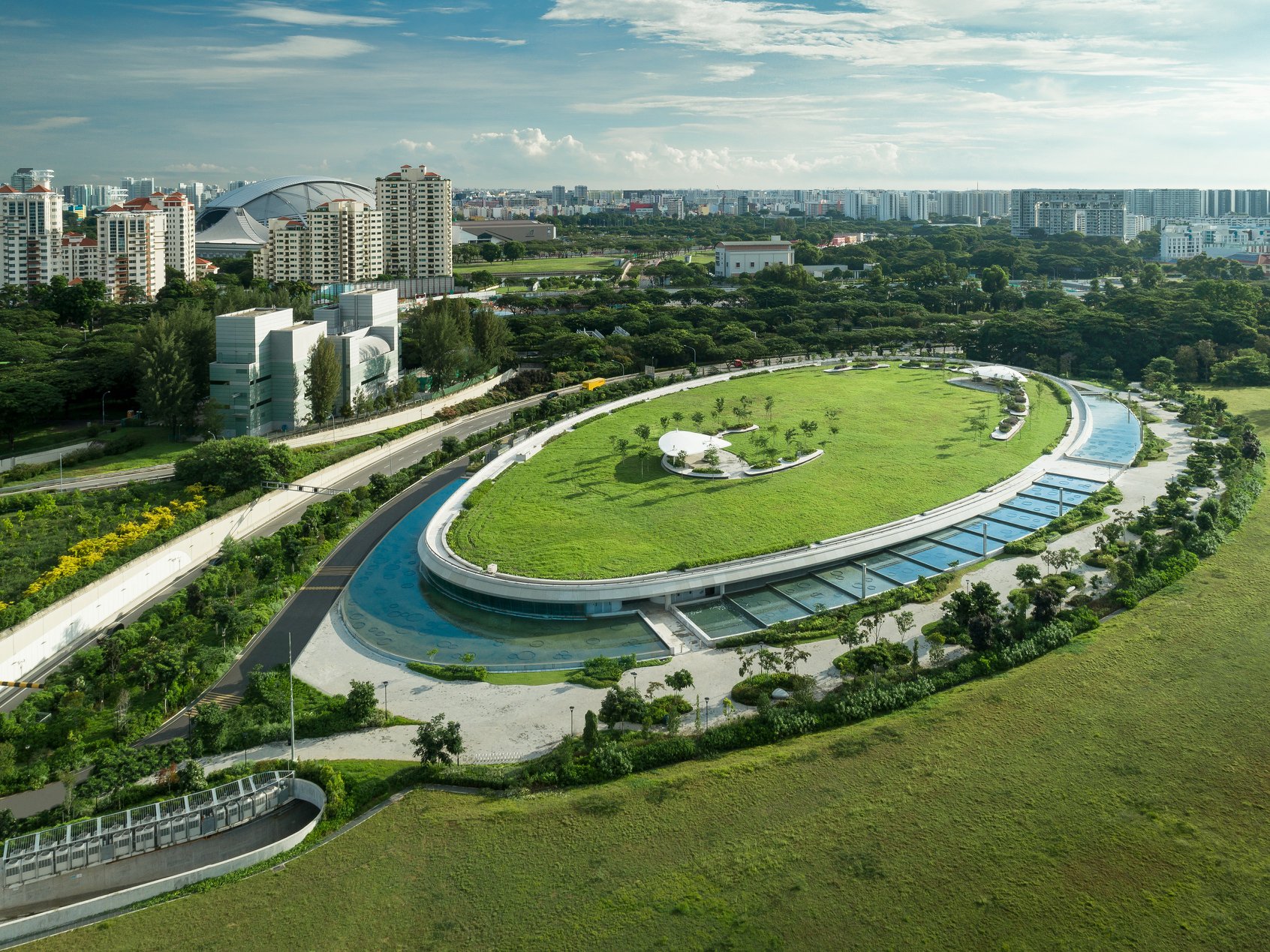 Easties can also expect to visit the desalination plant’s rooftop to engage in activities like weekend picnics or indulging in panoramic sunset views with bae.

A water treatment plant underground, the facility will host a large communal area above, earmarked as a lush “recreational space”.

While the desalination plant is already active, treating seawater & freshwater drawn from Marina Reservoir in an underground treatment facility. 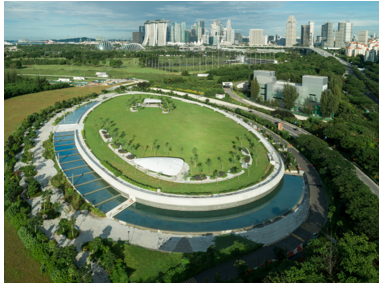 As for the rooftop space, URA notes it will be open for public access soon. No confirmed opening date was stated at the time of writing.

We will update this post when further information rolls in.

Cycle from East Coast Park or Gardens By The Bay

But before opening day arrives officially, you can get there via the Eastern Coastal Park Connector Network. 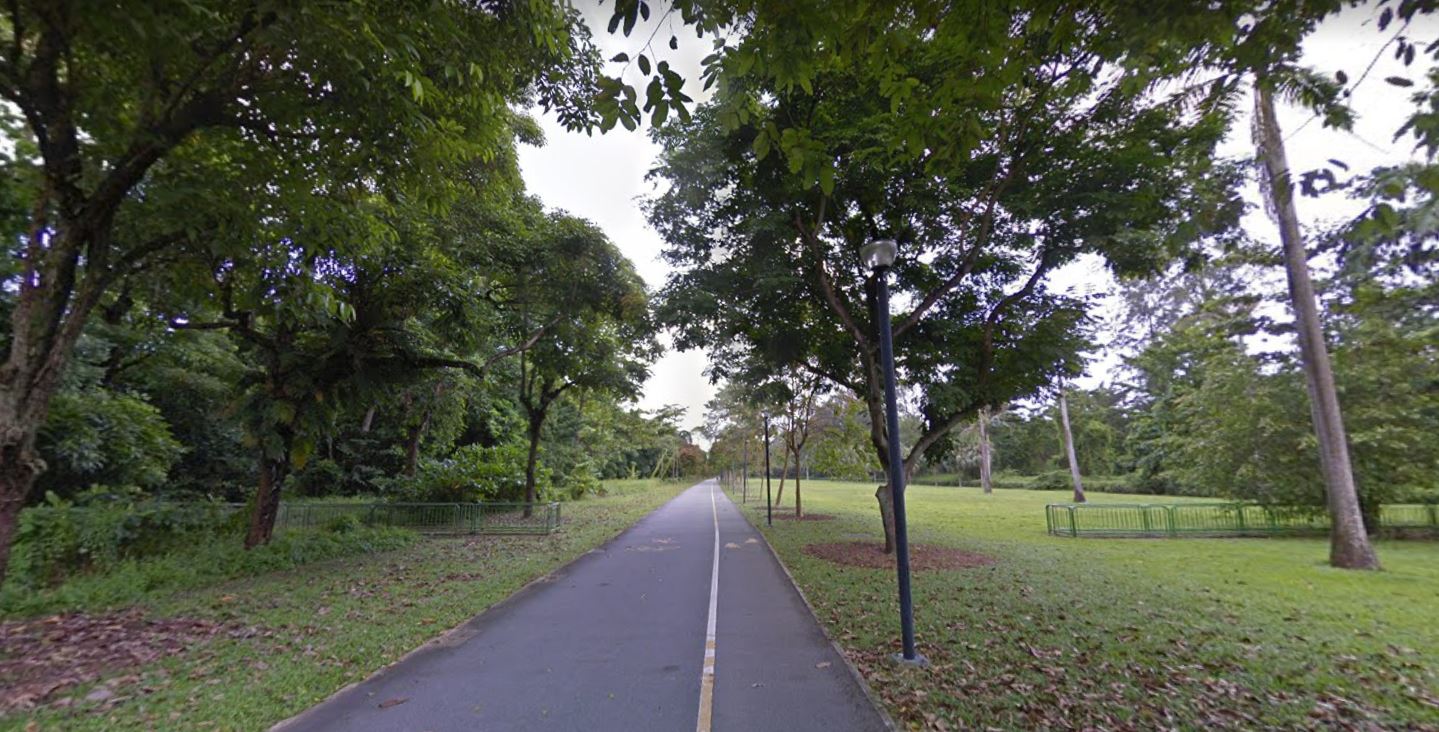 Alternatively, you can also jog or cycle from ever-popular East Coast Park & Gardens By The Bay East.

If the space opens soon, it will fall under the same rules that govern Phase 2. Do take note that safe-distancing measures still apply.

When Marina Barrage’s rooftop area first opened for public visitors, we recall that many families took it in their stride as a lovely picnic spot & chill area for long weekends.