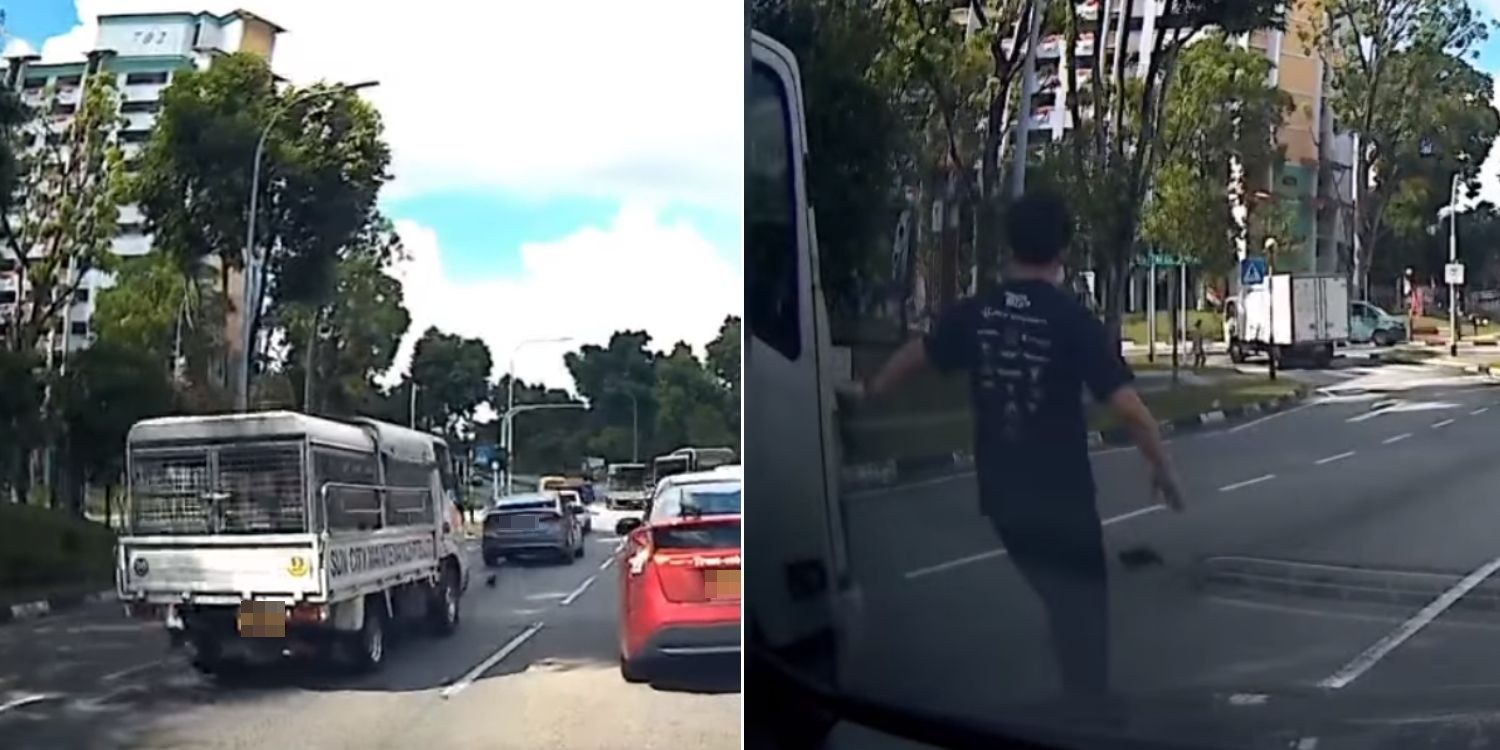 Kudos to the strangers who stopped and helped.

Obstructions on the road often come in the form of fallen carriage or even spare parts that have dropped off a vehicle. But motorists along Choa Chu Kang (CCK) Drive today (14 Aug) had quite a shock when they spotted a kitten on the road instead.

Having seemingly fallen from a car’s undercarriage, the baby feline looked lost as vehicles drove right over it.

Thankfully, some alert road users and passers-by managed to spot it and get it to safety.

Facebook user Stan Loh was waiting to drive off at a junction along Choa Chu Kang Drive on Saturday (14 Aug) when he spotted an unusual sight.

Just as a car in front drove off, what appeared to be a black blob suddenly fell onto the road from its undercarriage.

A lorry and 2 cars subsequently drove right over the blob, perhaps as the drivers were unaware of what it was. 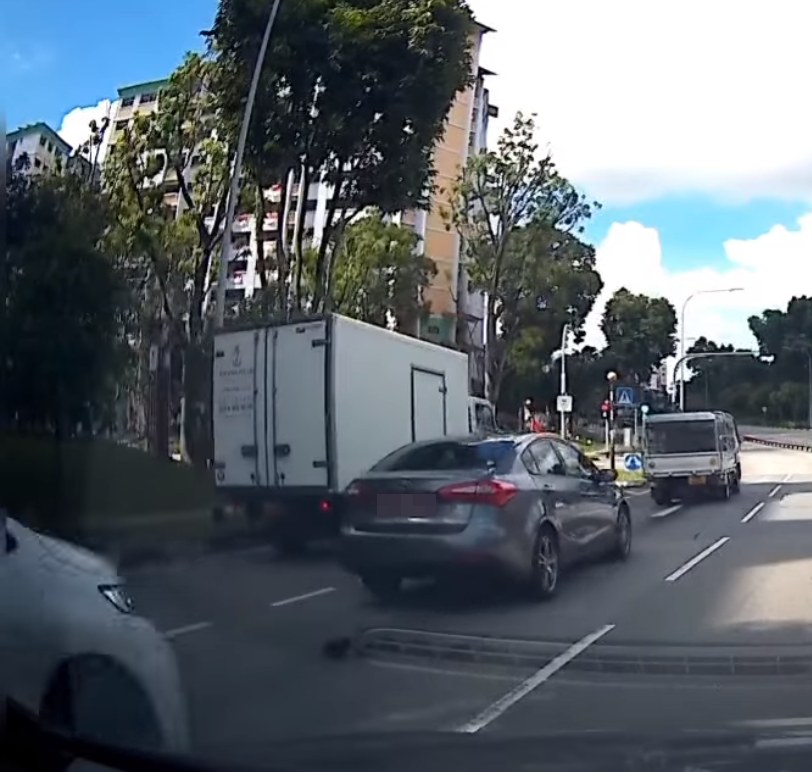 Realising that it was a feline in clear danger, Stan quickly exited his vehicle to alert an oncoming lorry driver, who thankfully stopped just shy of driving over the kitten too.

Stan then ran up to the kitten in an attempt to save it from a possible collision.

The kitten, however, scampered away, probably out of fright, to hide under the stationary lorry. While it’s unclear if it was hurt, its ability to move quickly indicated that it may have largely been fine.

With his vehicle still in the middle of the road, Stan hurriedly tried to reach the kitten and get it to safety. A lady joined in, peering under the lorry to find the feline.

As other passers-by came to help, Stan rushed back to his car to drive off and avoid obstructing traffic further. 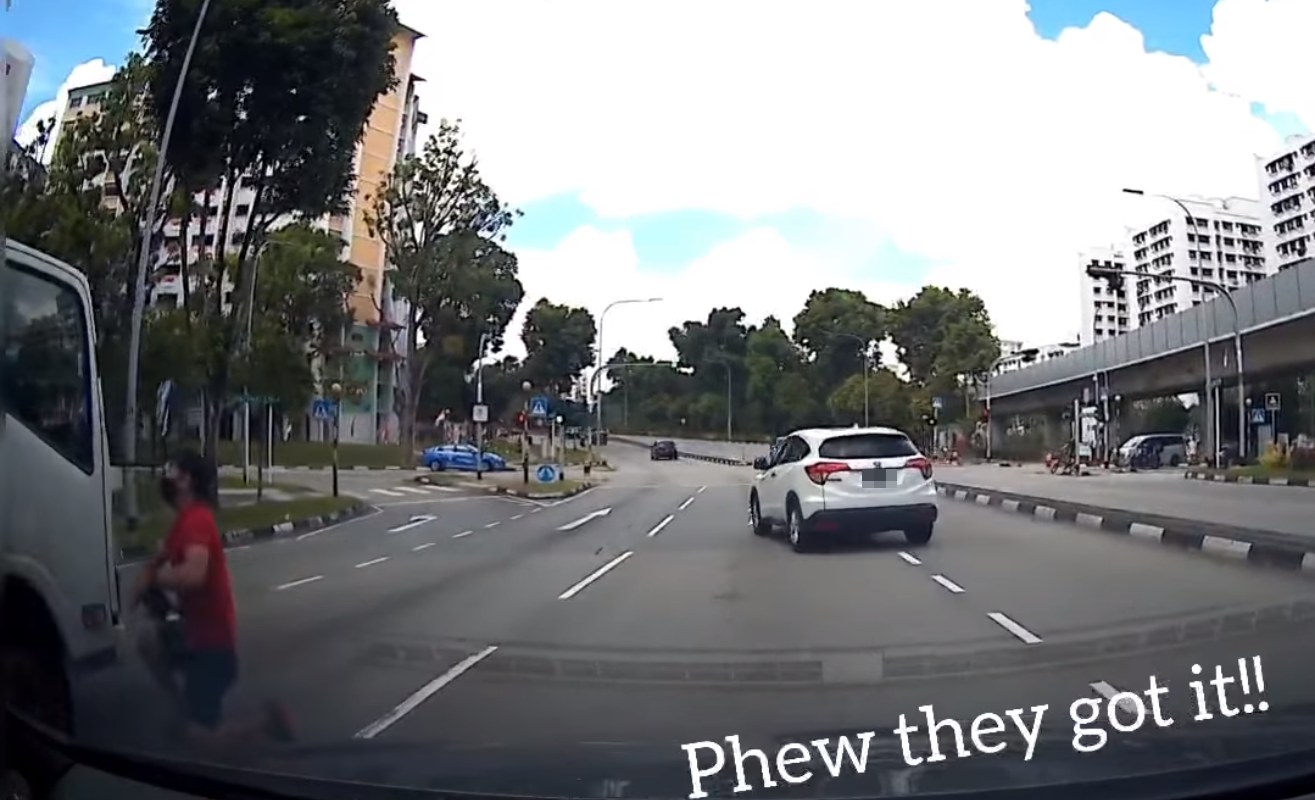 His dashcam managed to capture one of the strangers successfully retrieving the kitten and scooping it up into his arms.

Speaking to MS News, Stan said that he only saw the kitten being handed over to a lady standing by the roadside. He does not know what happened to it after.

Taking the opportunity to address all drivers, Stan reminds them to do a pre-drive check as animals like cats and snakes may hide in stationary vehicles.

Kudos to the Good Samaritans for helping

Though obstructing traffic isn’t ideal, we’re glad that Stan and the other strangers did what they could to save the kitten’s life. Kudos to them for not hesitating to help.

How the little creature got onto the first vehicle is unclear, but the important thing is that it’s safe now.

We hope whoever got hold of it at the end ensures the kitten is in safe hands, so it can grow up healthy.