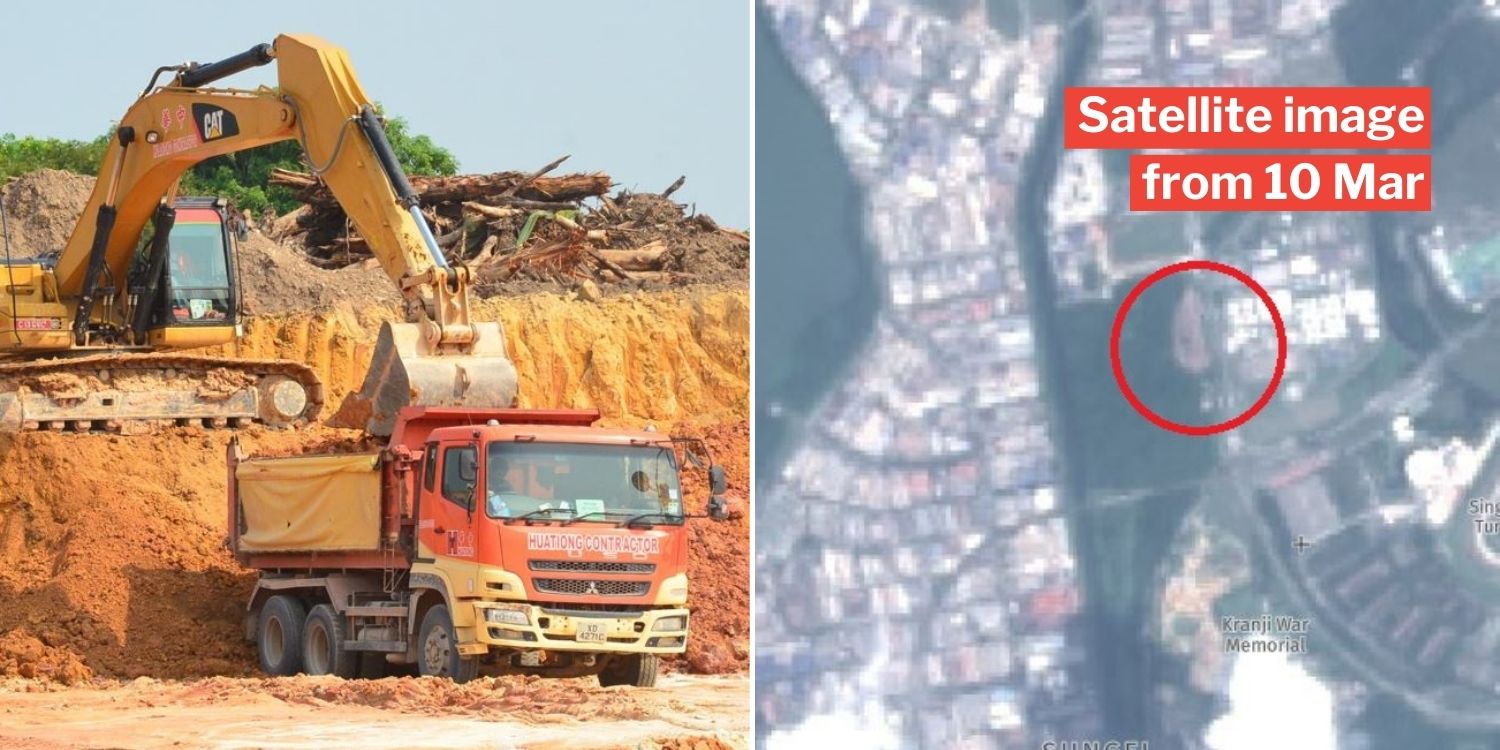 Over the weekend, nature lovers discovered to their dismay that large patches of the Kranji Woodlands Forest had been cleared.

In response, JTC Corporation said the land was cleared “erroneously” by its contractor, which was working on a project that the land was earmarked for.

The contractor, Huationg Global Limited, has now said that project is expected to be delayed since a stop-work has been issued. 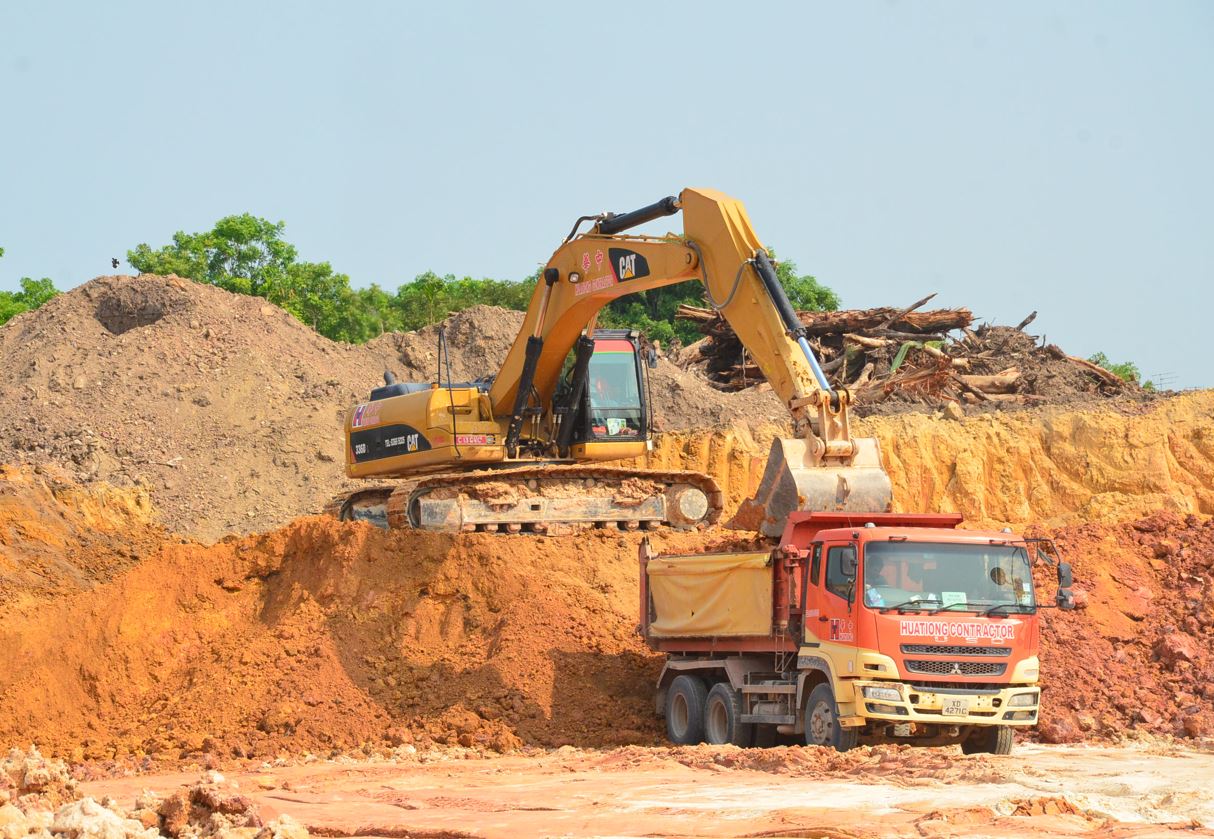 They are also assisting investigations into the erroneous clearing of the land.

In a letter to shareholders on Friday (19 Jan), titled “Response To News Articles”, Huationg Global said JTC had issued a stop-work order on 13 Jan.

This corresponds with the JTC statement, which said that the statutory board had discovered that the land was being cleared on 13 Jan, and told the contractor to stop. It also issued a stern warning. 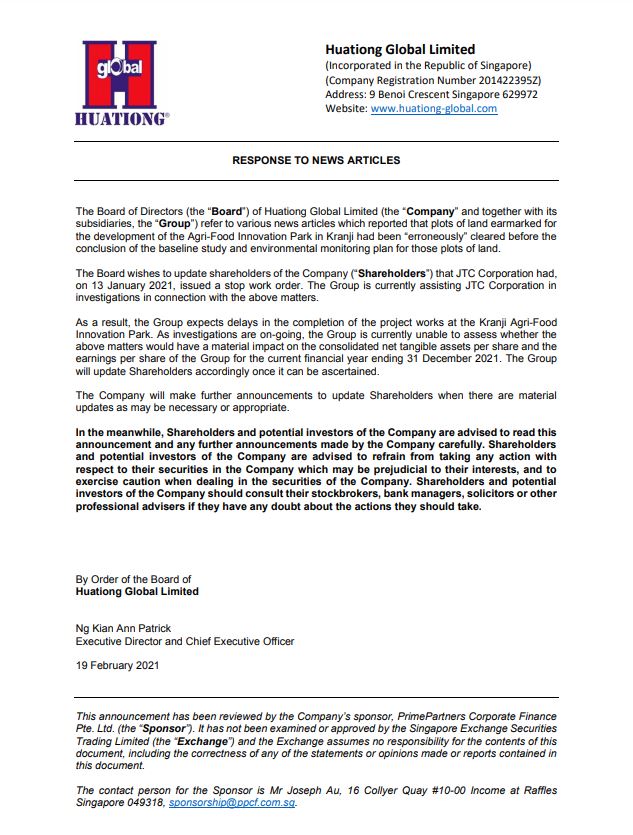 There was however no word on what happened in the month between the stop-work order and 14 Feb, when nature lover Brice Li posted photos of the cleared land on Facebook.

In his photos, construction vehicles can still be seen on the cleared land, but it’s unclear if they’ve been left idle for 1 month.

JTC said the forest was earmarked for the up-and-coming Agri-Food Innovation Park (AFIP), announced in Mar 2019.

Due to the stop-work order and the ensuing investigations, that project is now expected to be delayed, Huationg said.

They will also be assisting JTC in investigations into the erroneous clearing.

Huationg can’t tell whether share earnings will be affected

Due to the continuing investigations, Huationg can’t assess whether they will have a “material impact” on shares.

In short, what’s uncertain are the company’s:

for the current financial year ending on 31 Dec.

Huationg will update shareholders when they can ascertain these things.

JTC said they had wanted to conduct a baseline study and environmental monitoring plan at Kranji Woodlands Forest.

Such studies commenced in Dec 2020 and were slated to complete in April this year.

JTC had also planned on consulting other stakeholders such as nature groups.

But the land was cleared last Dec, before that could be finished.

Curiously enough, though, satellite images suggest that a portion of the forest had been cleared as long ago as Mar 2020.

These images are provided to the public by Global Forest Watch – a service that monitors forests across the worlds in near real-time, using satellite data.

An image recorded by the site on 25 Feb 2020 shows Kranji Woodlands under thick cloud cover, but we can still make out the northern part of it. What we see of the forest looks mostly intact. 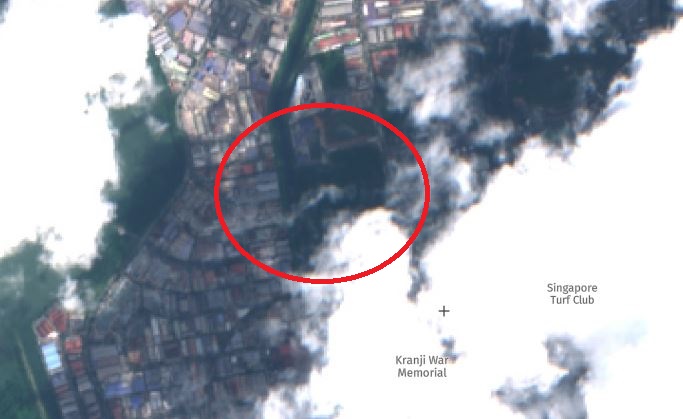 However, in an image recorded on 10 Mar, a large patch of land in the north-west of the forest has been apparently cleared. 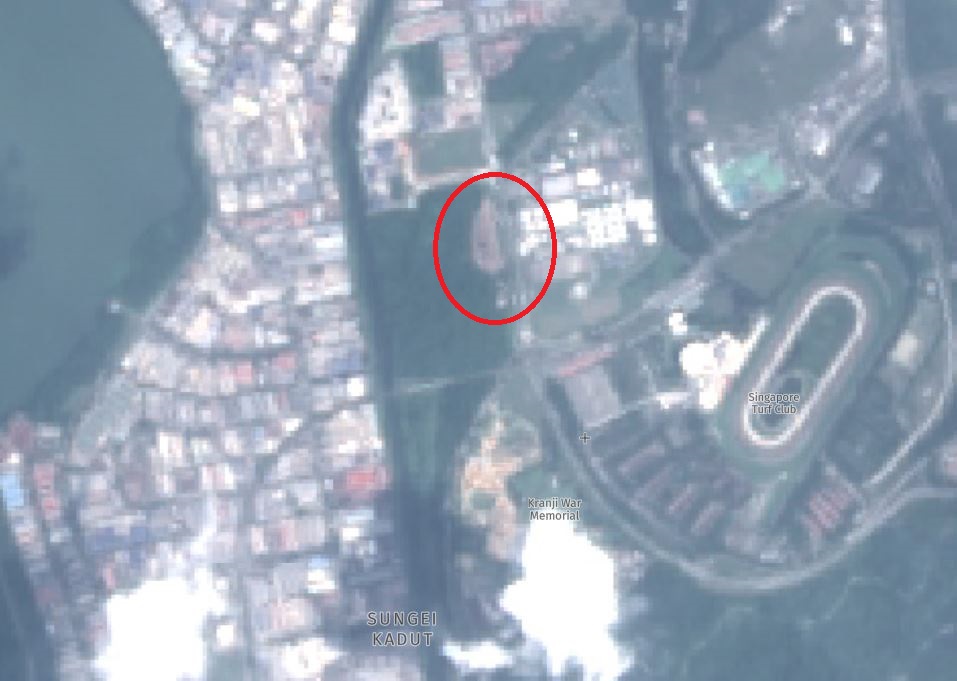 The next day, on 11 Mar, the apparent empty patch can be clearly seen through the cloud cover. 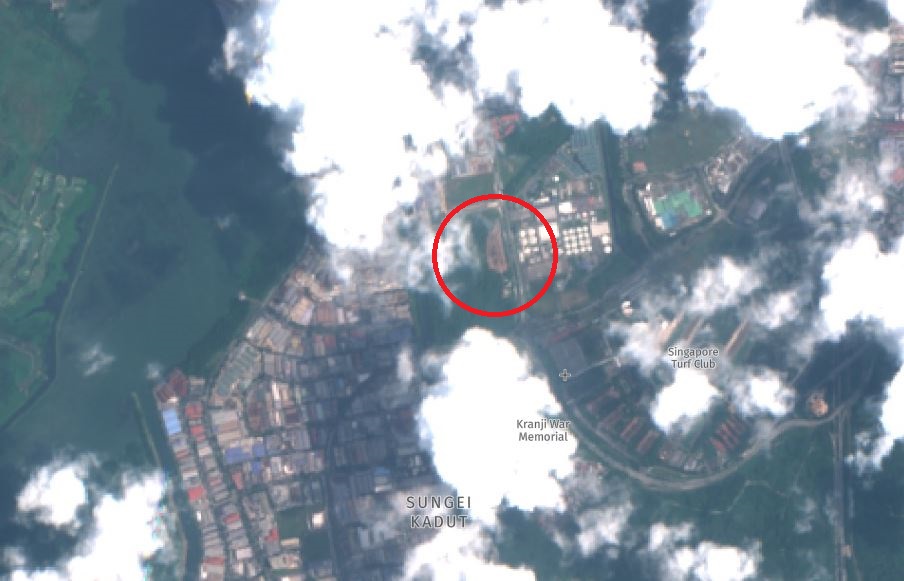 Furthermore, a check on Google Street View shows the corresponding area on the map, which is next to Kranji Road, boarded up on Sep 2020.

Behind the barrier, we can see distant trees, but the land in front is quite empty. 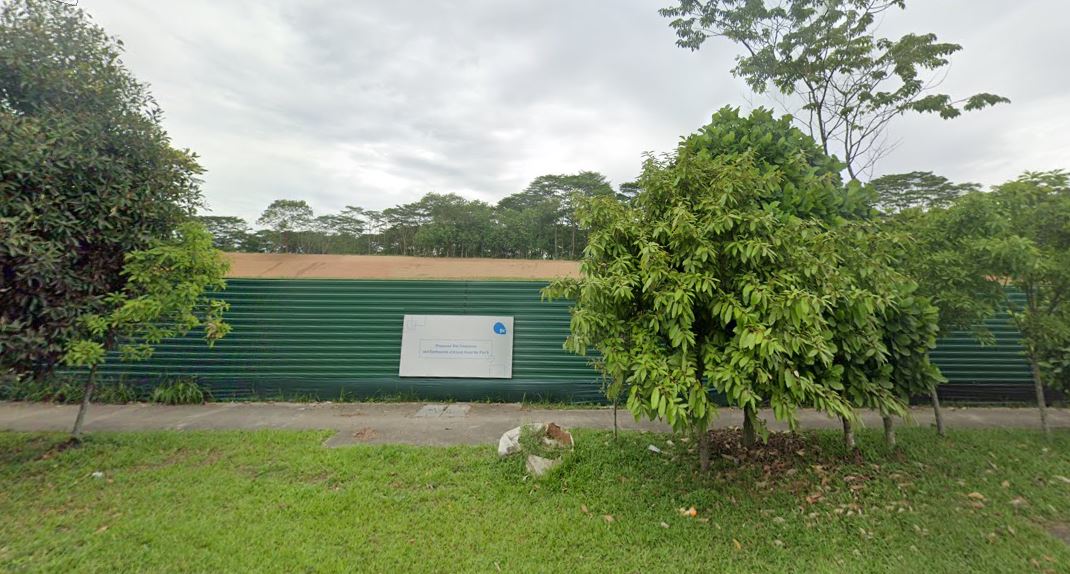 There’s also a sign, which on closer inspection appears to say “Proposed Site Clearance and Earthworks at Kranji Road for Plot 9.” Contrast this with a Google Street View of the same area taken almost 3 years ago, on Mar 2018. 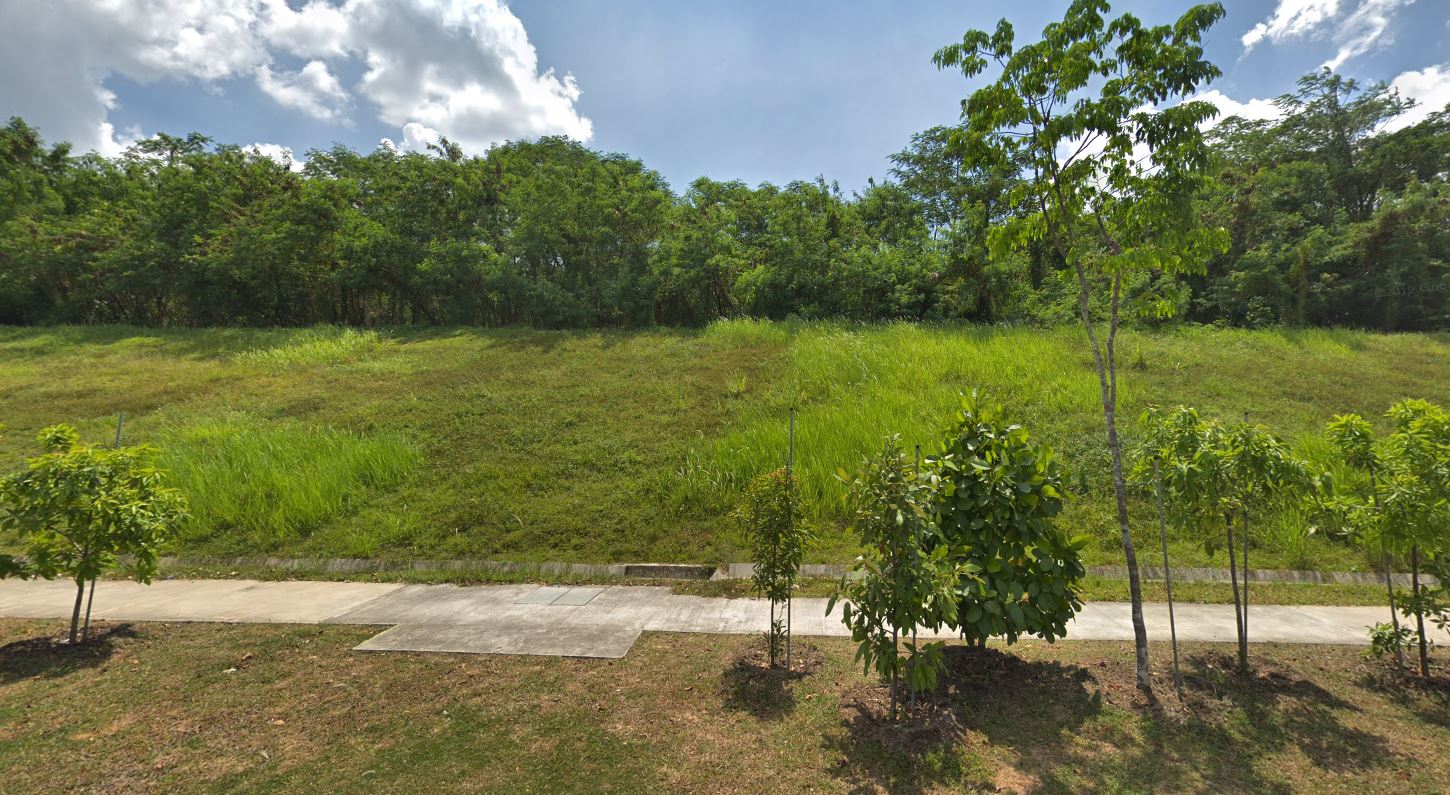 So when, exactly, did the unauthorised clearing of Kranji Woodlands Forest really start? More importantly, could it have been discovered earlier and prevented?

It seems like the more we know, the more questions we have.

NParks has said they’re investigating the incident, and JTC is still doing so.

A nature lover has said it may take more than a decade to restore the area back to its former glory, so we hope the restoration starts soon.