Last weekend, nature lovers were horrified when they discovered that large patches of the Kranji Woodlands Forest were cleared.

Originally reserved for the up-and-coming Agri-Food Innovation Park (AFIP), the trees were recently cleared by accident before the completion of environmental studies.

On Tuesday (16 Feb), JTC Corporation issued a statement saying that patches of jungles were cleared “erroneously” by one of their contractor. 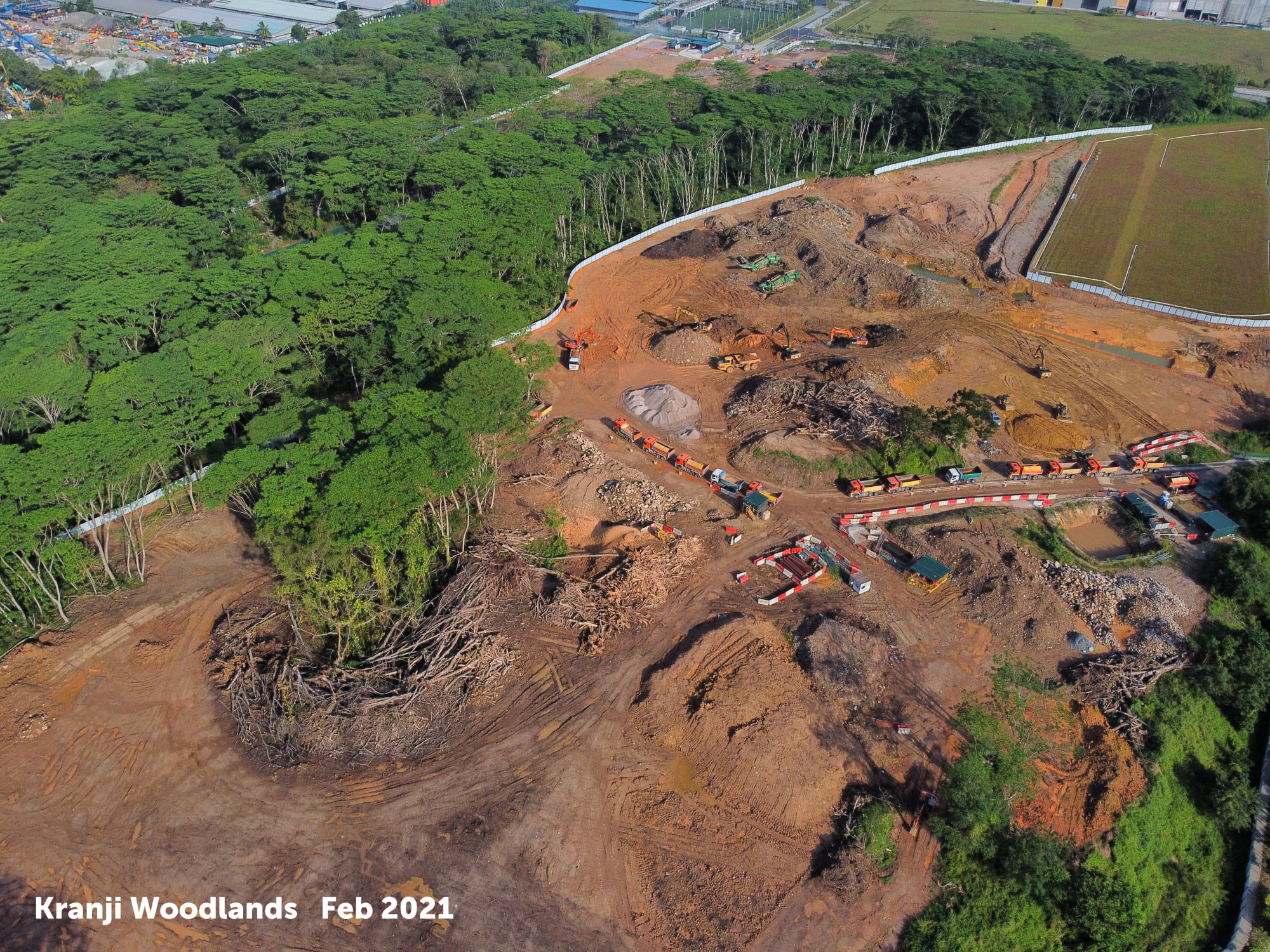 The statutory board has since issued a stern warning to the contractor in question and is currently investigating the matter.

According to the statement, JTC discovered that its contractor had started clearing sections of Kranji Woodland Forest on 13 Jan.

Though the forest was earmarked for development of AFIP, JTC said it had planned on conducting environmental assessments before clearing works would be carried out. 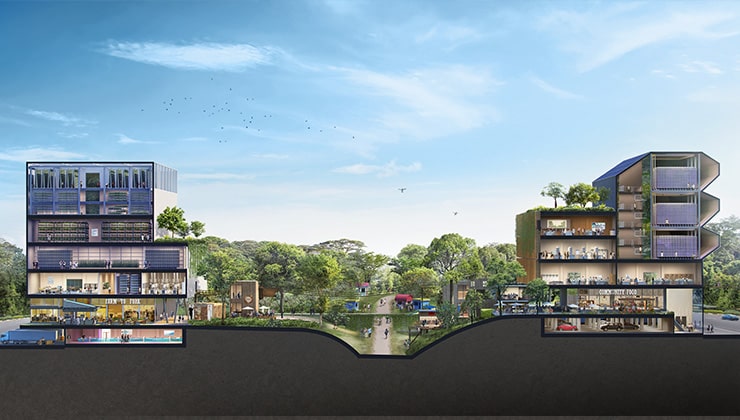 Such studies commenced in Dec 2020 and were slated to complete in April this year.

JTC had also planned on consulting other stakeholders such as nature groups.

Upon discovering the unauthorised clearing, JTC instructed its contractor to halt the clearing works immediately.

JTC has since issued a stern warning to the contractor and will continue with the environmental studies and work with stakeholders to develop the land in an environmentally responsible way.

Responding to The Straits Times, NParks said they are currently investigating the incident.

Taking a serious view of the unauthorised clearing, they also warned that they will not hesitate to carry out enforcement actions if necessary.

Over the Chinese New Year weekend, nature lovers in Singapore were horrified when they learned that large swathes of Kranji Woodlands Forest had been cleared.

Here’s a picture showing the stark contrast between May 2019 and Feb 2021. Significant portions of the forest were visibly cleared, leaving behind a narrow strip of trees lining the rail corridor. 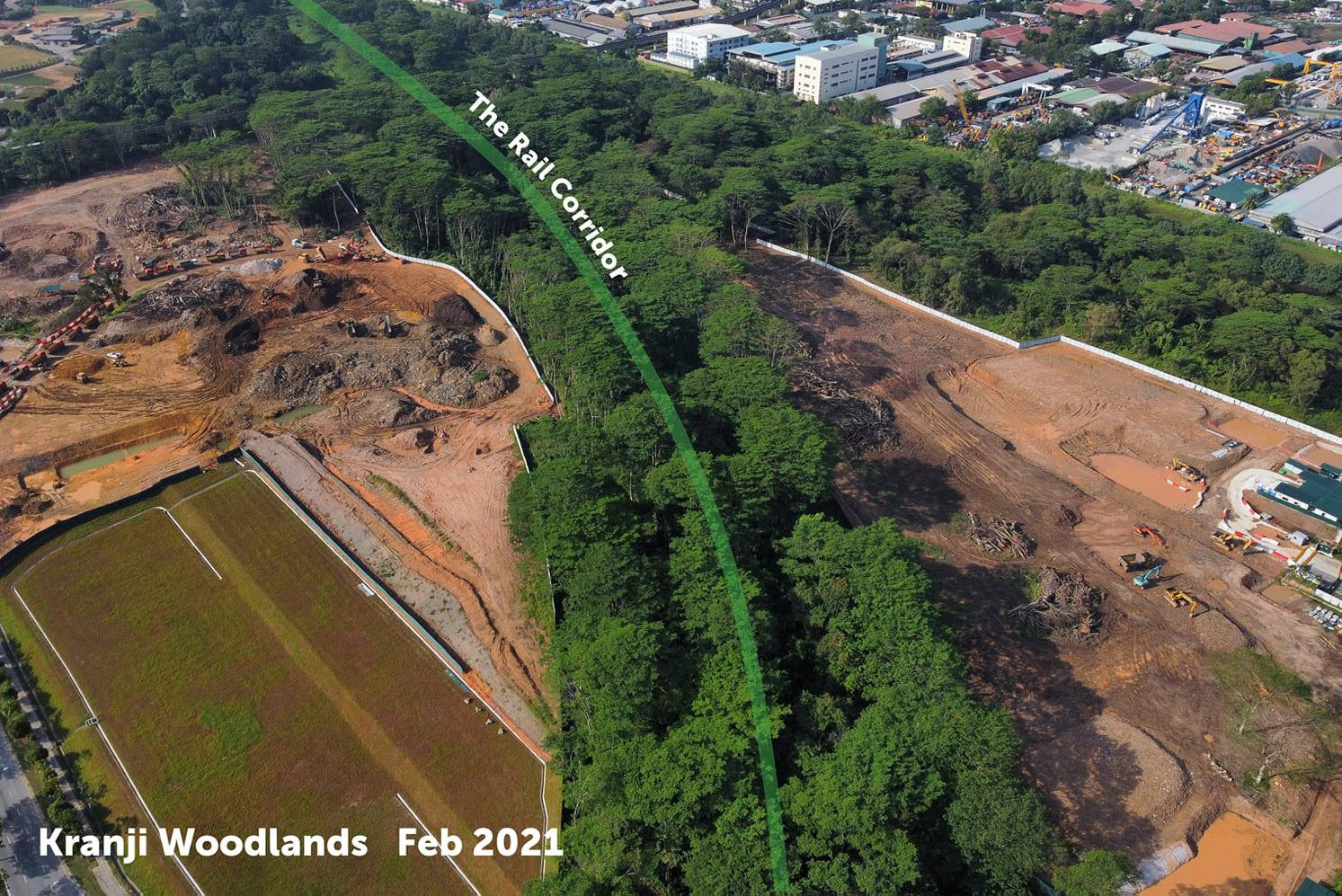 Reportedly home to 40 species of bird, the 70ha forest also connects the mangroves at Sungei Pang Sua tidal canal and the rail corridor.

One nature lover reportedly estimates that around 40-50% of the forest have been cleared. while another said it would take more than a decade to restore the area back to its former glory.

Hope those responsible would be severely dealt with.

The unauthorised clearing of Kranji Woodlands Forest was truly an unfortunate incident that could’ve been prevented.

We hope those responsible for this error would eventually be dealt with by the authorities.

Meanwhile, let’s hope restoration works would prove successful in restoring the forest in the years to come.