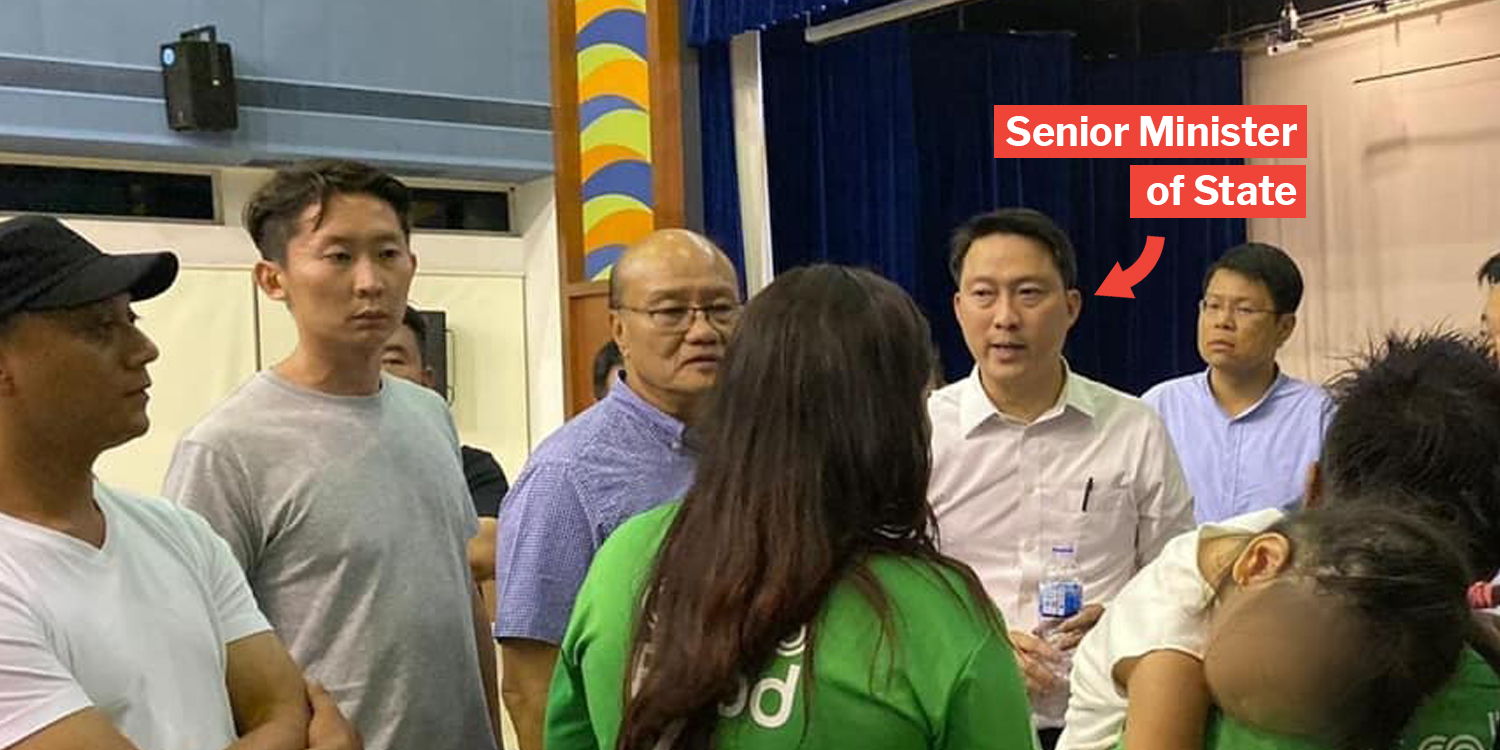 Being a politician isn’t the easiest job out there. As the voice of the people, they bear heavy scrutiny from the public and wrong moves can spell the end of their career.

Dr Lam Pin Min, since winning at Ang Mo Kio GRC during the 2006 General Elections, has risen in the ranks, from being Chairman of the Government Parliamentary Committee for Health to becoming Minister of State for Health – being a doctor by trade. 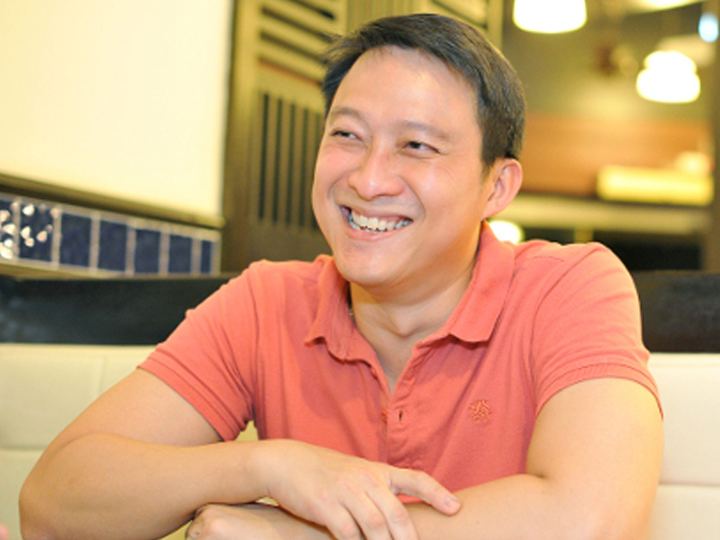 Our government’s current Cabinet features Dr Lam in a dual role of Senior Minister of State in both Transport and Health.

But how much do Singaporeans know about Dr Lam, aside from being the one to land the hammer on PMDs once and for all?

Lam Pin Min was born 1 Sep 1969. We placed the most important info first so your endless curiosity for horoscopes can be satiated early.

He grew up in a 3-room HDB flat in Tanglin Halt Road with his father as the only breadwinner, and 3 siblings.

This is according to what he wrote way back in 2011 on his now-defunct site, Lampinmin.sg. 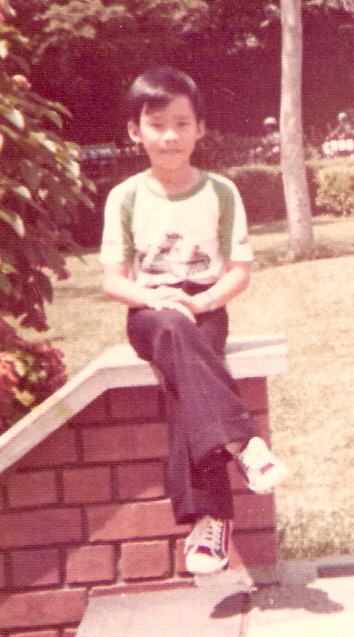 Dr Lam recounts how as the 2nd son, he would receive all of his brother’s hand-me-downs – something he saw as a drawback.

He admits that his path to becoming a Minister has been “cliche” – Chan Chun Sing is particularly known for his humble upbringing – but if meritocracy is a cliche then by all means, give us more of it.

Dr Lam actually grew up wanting to be a veterinarian, but his parents thought that studying to become a doctor locally would be much cheaper.

Eventually, he would become an ophthalmologist in paediatrics and work with young children, before setting up his own practice and, as we all see now, become a Minister. 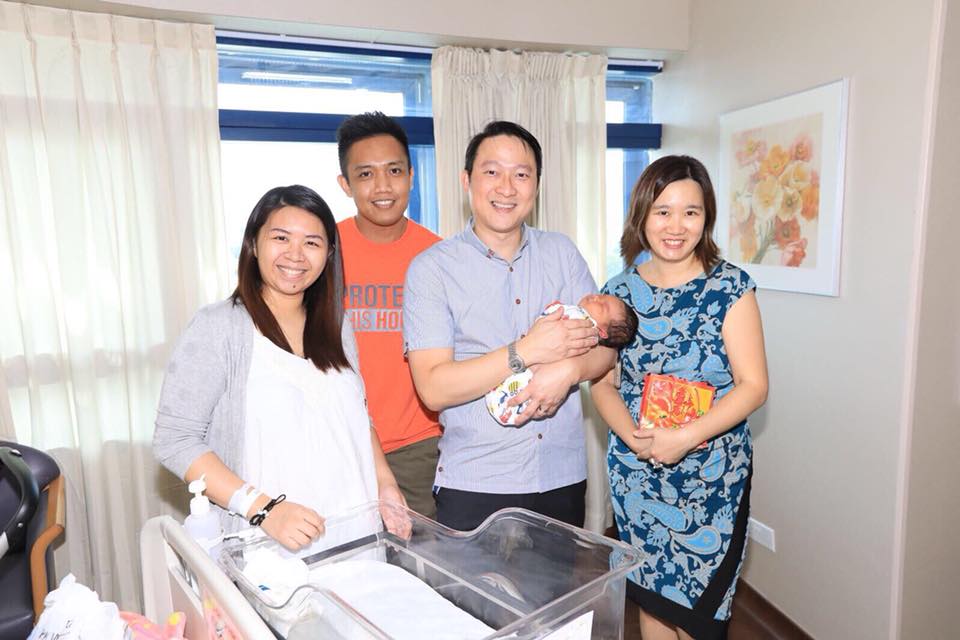 He’s definitely given back plenty to Singapore.

During his free time, Dr Lam takes a trip down to Upper Thomson for the famous Casuarina Curry. 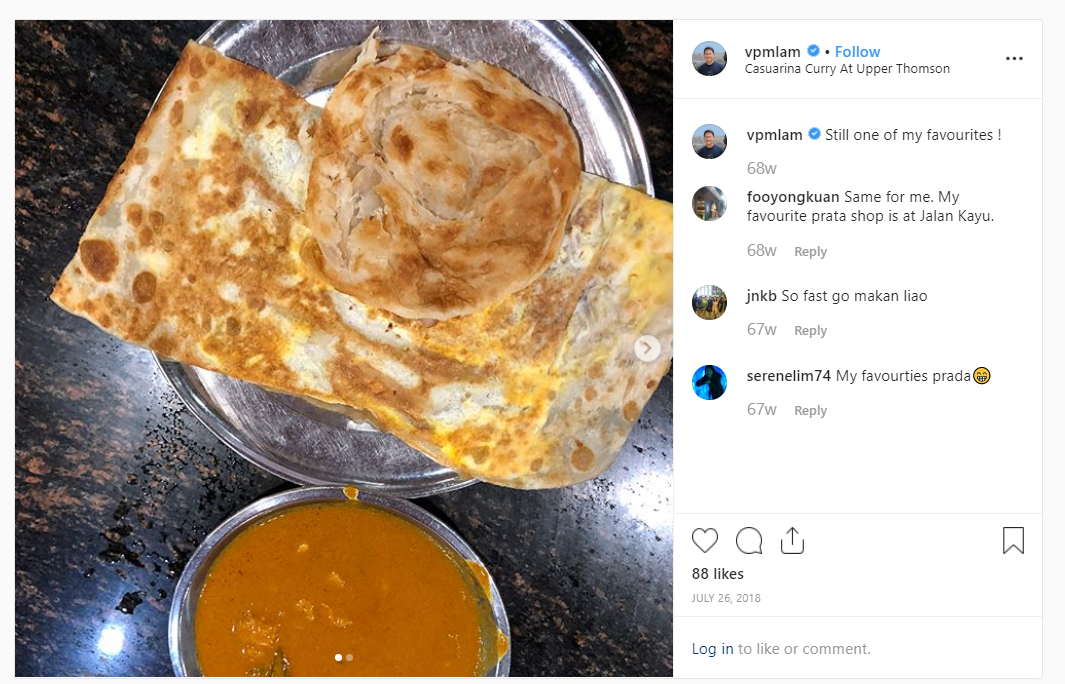 1 plaster and 1 kosong prata. Perhaps you’d like to try this combination out.

Throughout his political career, Dr Lam has never been embroiled in a controversy that’s threatened to derail his position as Minister. 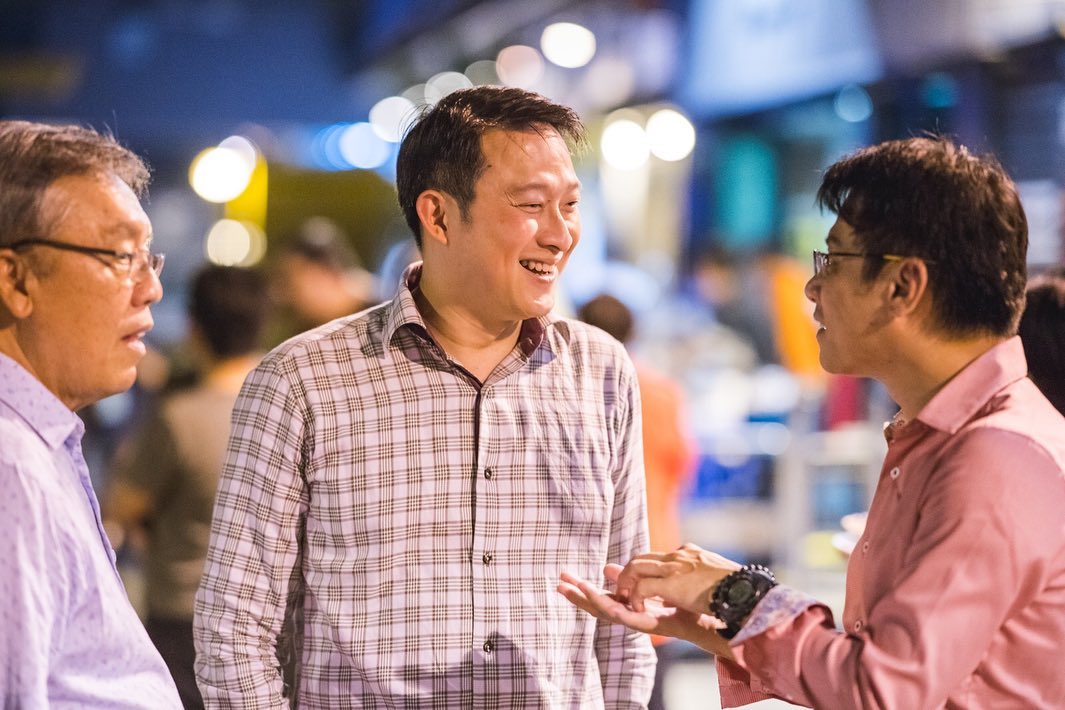 We came to this conclusion after scouring the Internet for any info about him. He really is an everyday Singaporean minister.

The 1999-2003 years were a turbulent time in East Timor, which was then struggling for independence from Indonesia’s rule.

Dr Lam, as part of the Republic of Singapore Air Force (RSAF), flew there with a team and saw first-hand the destruction wrought by war. 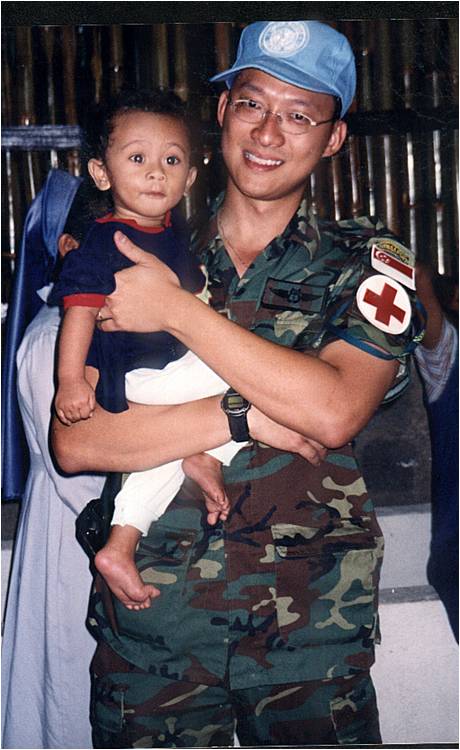 The experience hardened his resolve to give back to the community in Singapore, according to his biography on Lampinmin.sg.

7. Made the news several times, not always for the right reasons

Remember when we said the life of a politician isn’t the easiest? The PMD furore isn’t the first time Dr Lam has been caught in the crossfire.

Back in Jan 2015, Dr Lam was involved in a controversy, wherein BTO residents in Fernvale Lea, in his Sengkang West ward, weren’t informed of plans to build a columbarium next to their block. 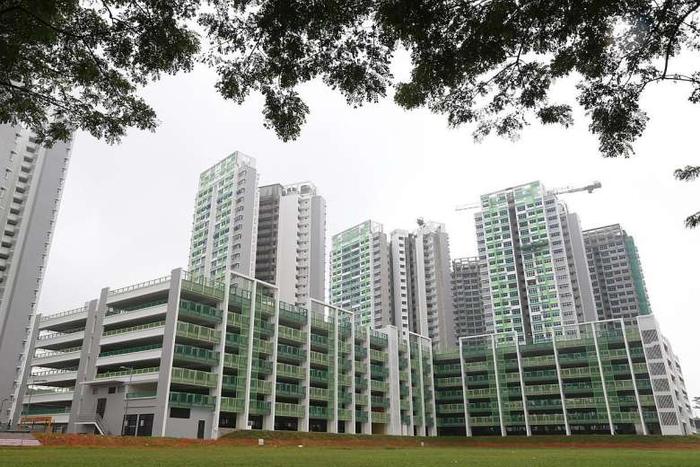 During a meeting with residents, Dr Lam was spotted sitting alongside the contractors, leading to claims he was on their side instead of the residents’.

For his part, he apologised and the columbarium plans were scrapped.

Last Feb, Dr Lam again landed in the news when he forwarded a resident’s letter directly to the State Courts, which is seen as jumping the chain of command.

Such letters should be forwarded to the Attorney-General’s Chambers first.

In both incidents, Dr Lam was looking out for residents, but in a matter that can create misunderstandings.

8. Enjoys strong support after his ward became an SMC

In the 2011 General Election, after Dr Lam’s Sengkang West ward became a single-member constituency, he received 58.1% of votes.

2015 would see that percentage increase further to 62.11% amidst an overall increase for the PAP, despite the columbarium mess.

A humble man looking out for Singaporeans 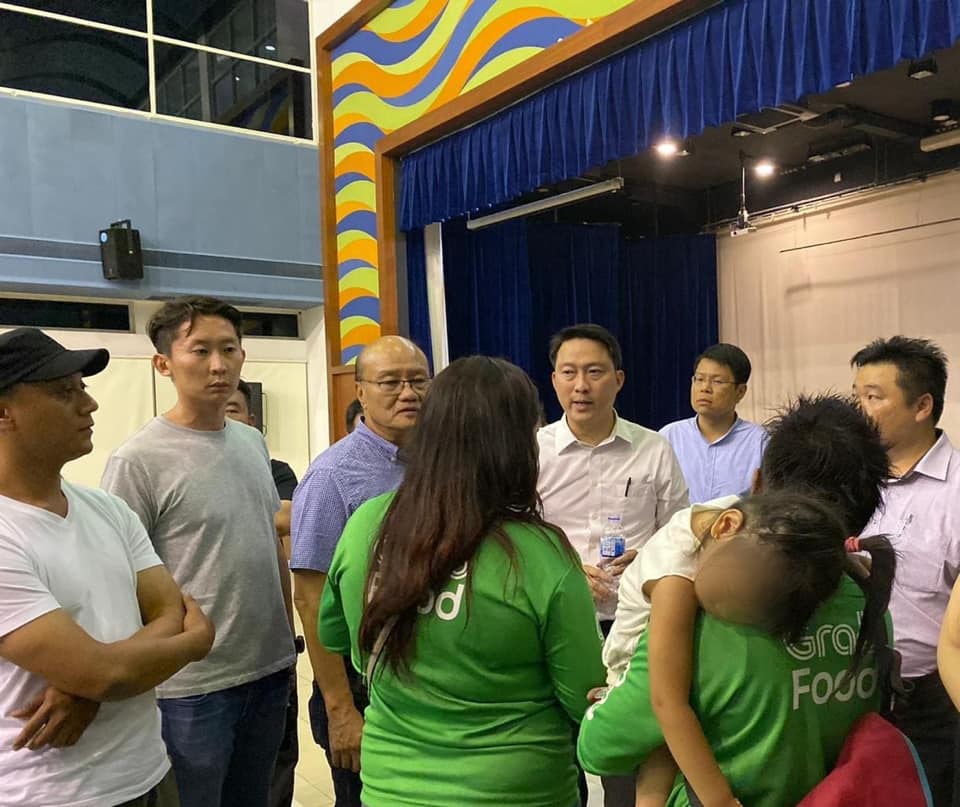 A total of S$7 million in grants are also being given to riders who wish to continue delivering with bicycles or personal mobility aids (PMAs).

In light of these facts, Dr Lam’s popularity is unlikely to wane significantly, especially among his residents.

Ultimately, the task was to prevent the spate of deaths caused by PMDs, which is what Singaporeans want.