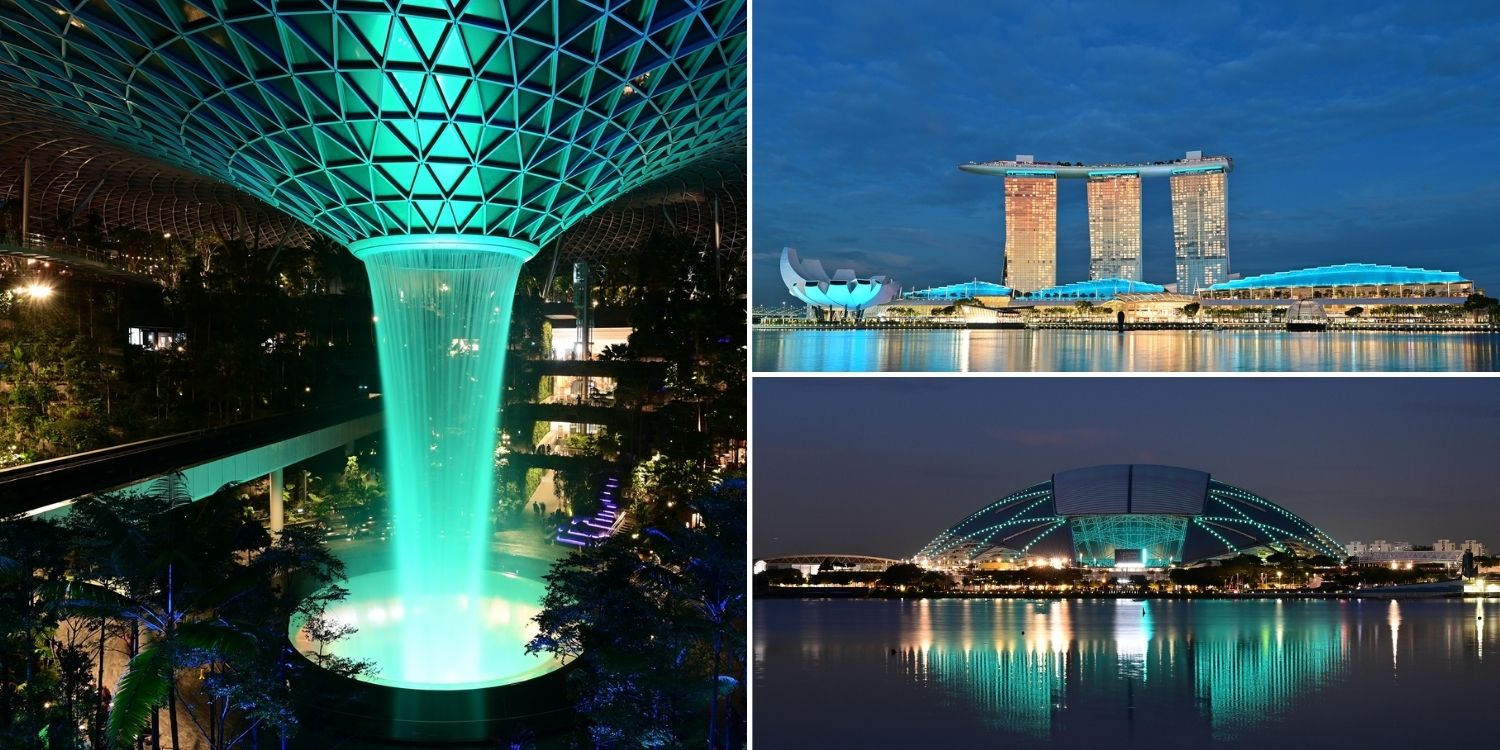 Singapore Landmarks Light Up In Green & White On 26 Jun

The ongoing war against drug abuse is a hard-fought one around the globe.

Thanks to officers at the Central Narcotics Bureau (CNB) and authorities, Singapore is at the forefront of this battle.

To mark the International Day Against Drug Abuse and Illicit Trafficking on Saturday (26 Jun), various landmarks in Singapore had lit up in green and white — colours of the Anti-Drug Ribbon. Adding to the cause for celebration is CNB’s 50th anniversary this year, making 2021 a watershed year in Singapore’s anti-drug drive.

If you’ve ventured downtown on Saturday evening, you’d probably have spotted many buildings aglow in a slightly different hue.

Amongst the lucky spectators was Prime Minister Lee Hsien Loong, who shared photos of the landmarks on Facebook on Sunday (27 Jun).

The images were courtesy of CNB.

Lit up in emerald surrounded by a white halo was the iconic waterfall at Jewel Changi Airport, which, embedded in darkness, gave an air of mystery. 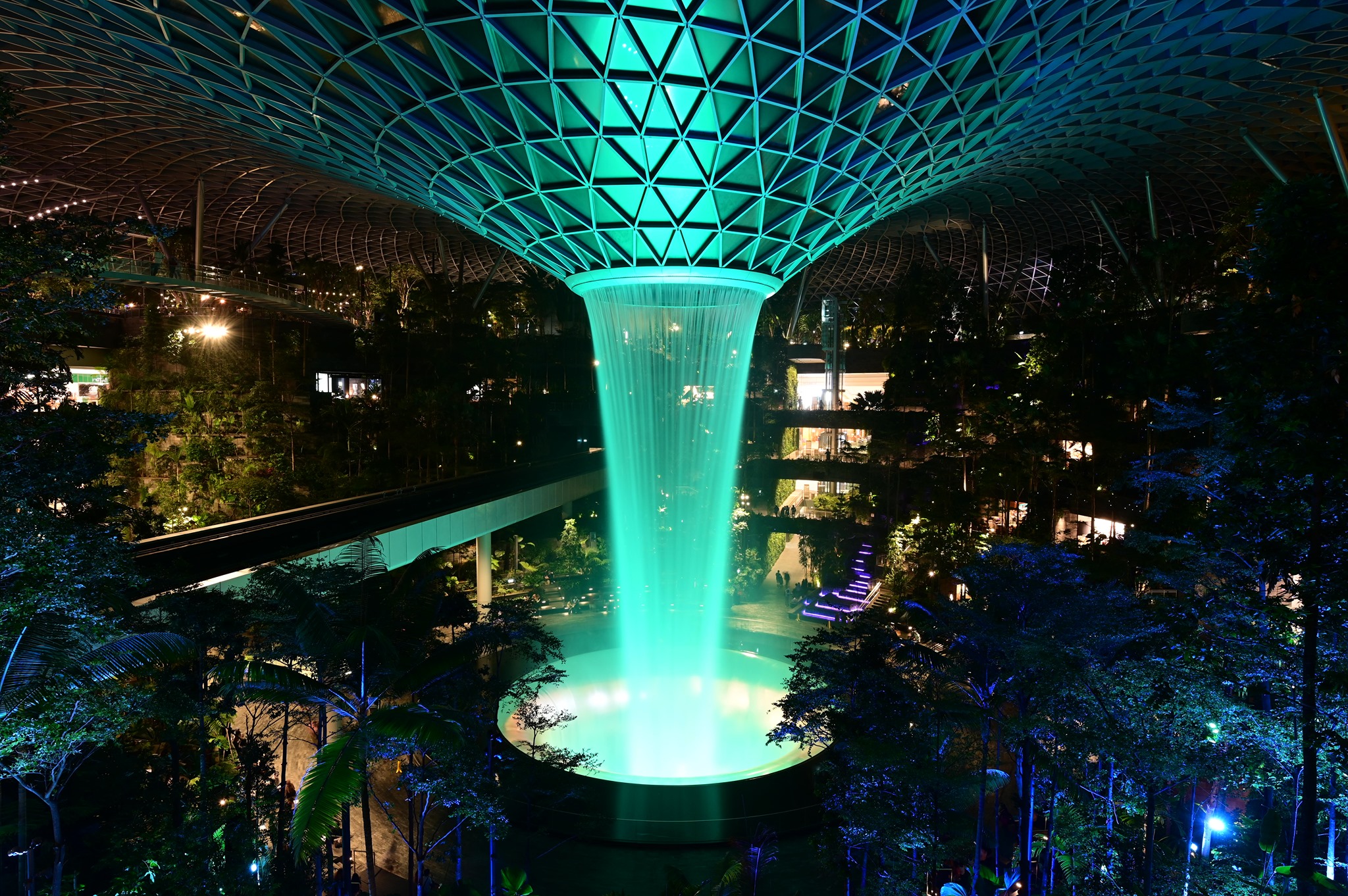 West of the airport is the Singapore Sports Hub, whose sage-laced dome forms a perfect symmetry with its own reflection in the Kallang River. Meanwhile, in Downtown Singapore, the Victoria Theatre and Concert Hall also partook in the light-up, donning 2 layers of green and white at the fore. 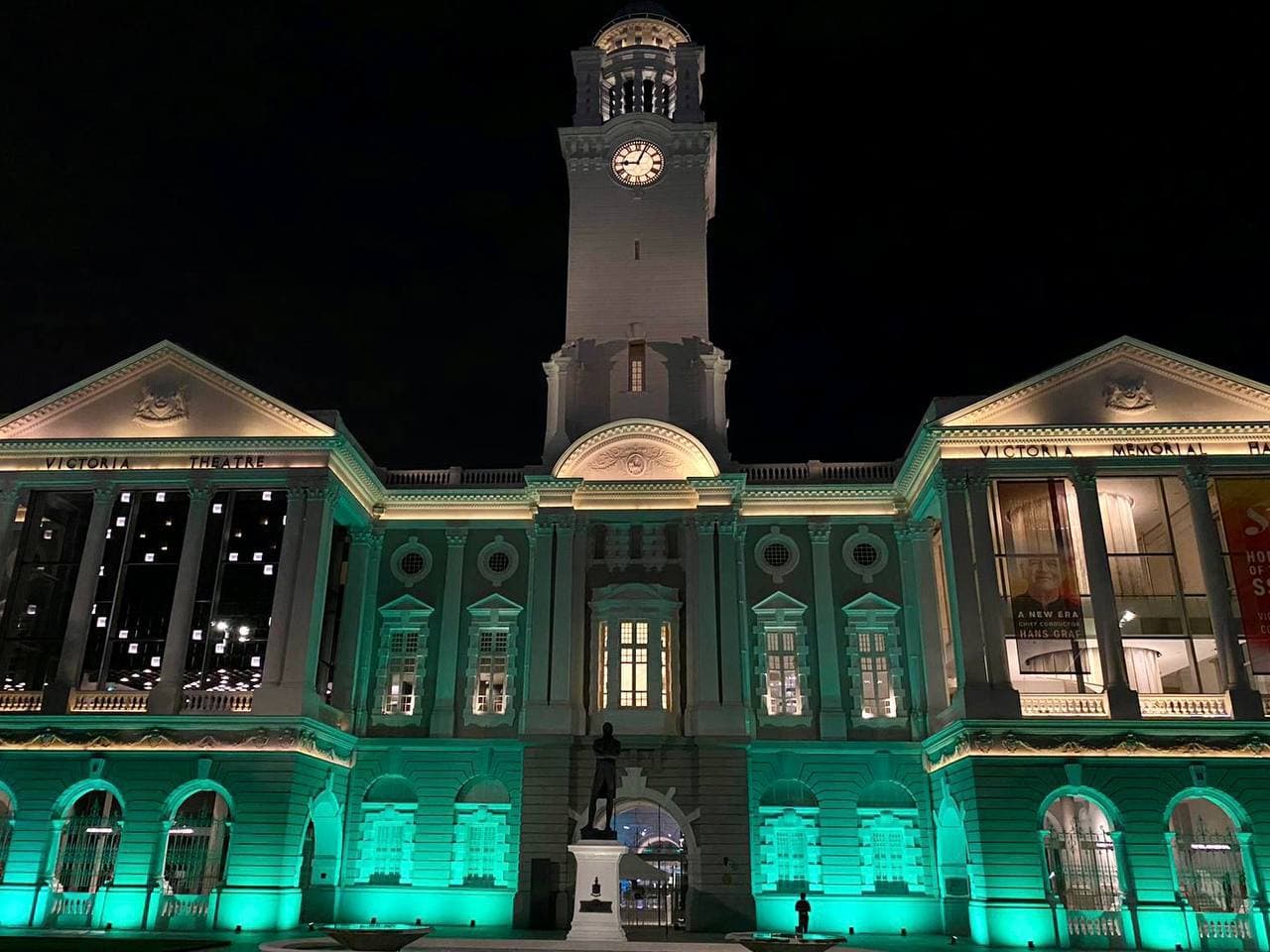 Southbound to Gardens By The Bay is an already otherworldly landscape of the viridescent Supertrees, straight out of a scene in the Avatar movie. 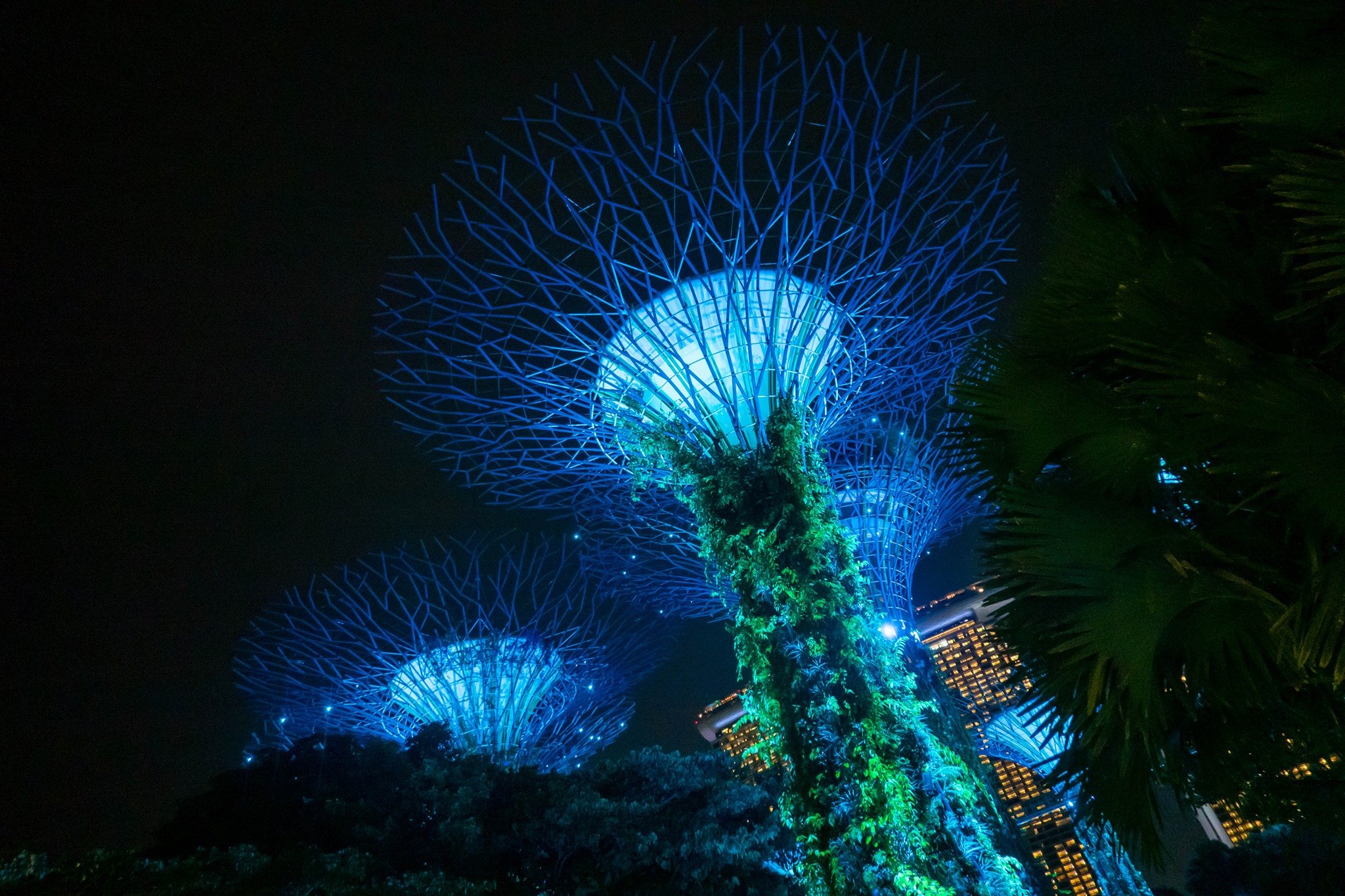 Apart from the spectacular landmarks in green and white, many iconic bridges in Singapore were also part of the show.

This photo shared by CNB on Facebook, for instance, features the Cavenagh Bridge, the Helix Bridge and the Coleman Bridge. 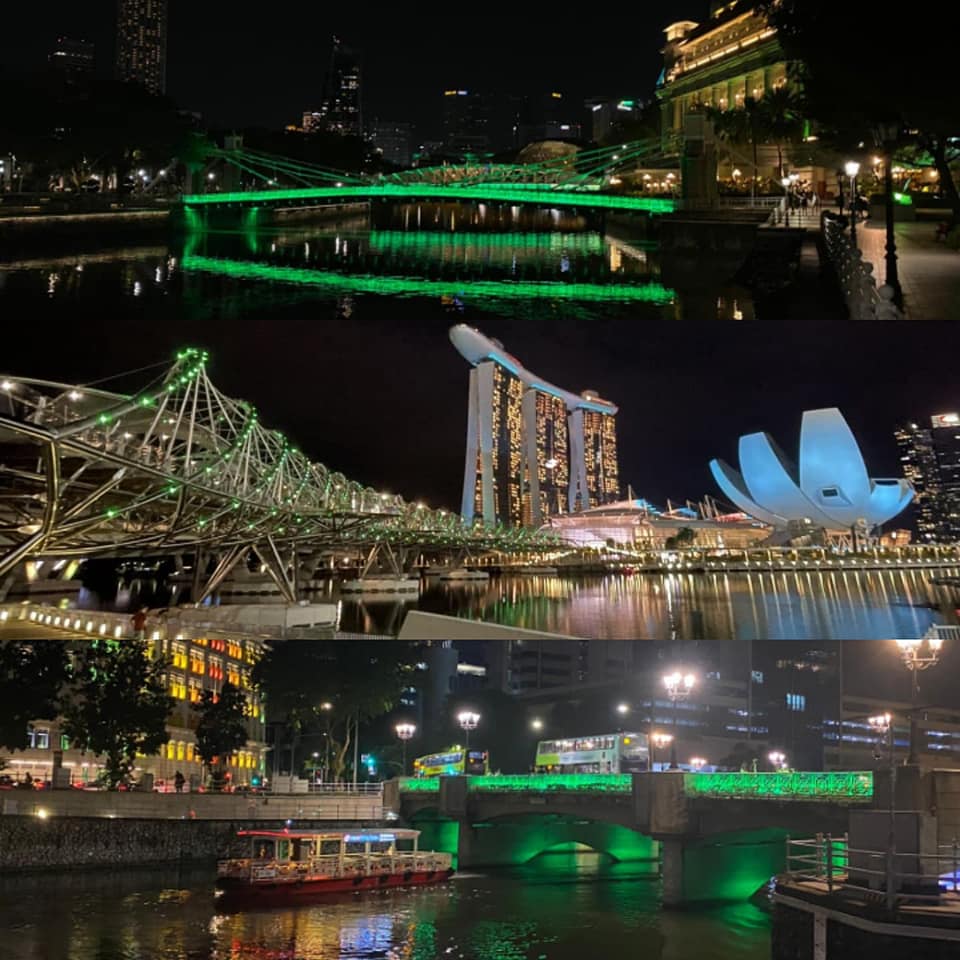 When put side by side, they definitely make up a magnificent sight to behold.

In his Facebook post, PM Lee also acknowledges CNB’s efforts in keeping Singapore drug-free for the past 5 decades.

He then calls upon everyone in Singapore to keep up the fight against drug abuse.

Thanks are due to frontline officers

The spectacular light-up across Singapore is a tribute to officers at CNB who’ve worked hard to keep our shores clean of drugs.

While only one day is devoted to commemorating anti-drug efforts, our commitment to them is definitely a year-long affair.