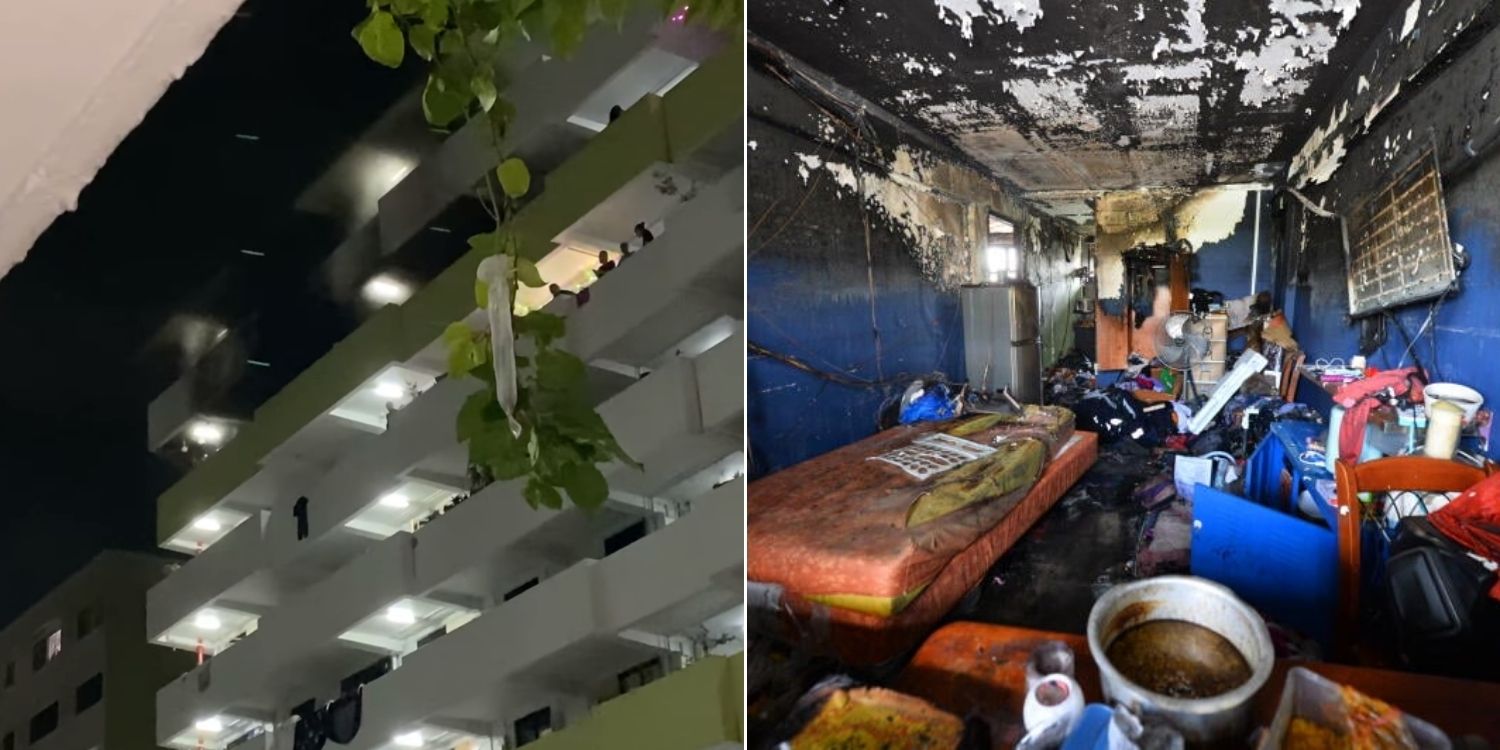 As the saying goes, “idle hands are the devil’s workshop” — which means that if one is bored, he may resort to some mischief.

Unfortunately, such mischief took an unfortunate turn on 7 May, when a fire broke out at an 11th floor unit at 59 Lengkok Bahru. 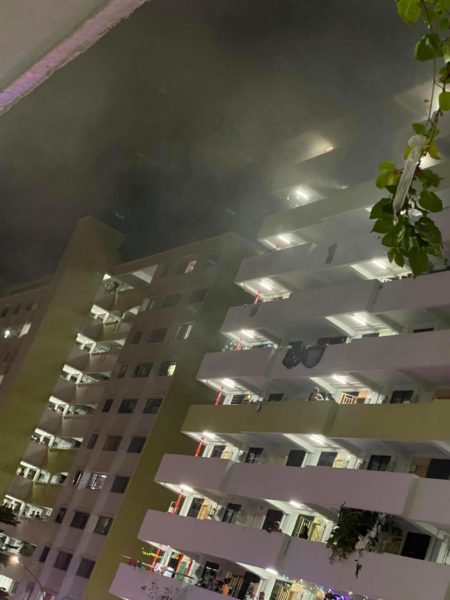 MS News can confirm via the SCDF that there were no reported injuries and investigations are ongoing regarding the cause of the fire.

According to Lianhe Zaobao, a family comprising 11 members – 2 parents and 9 children – occupy the particular unit.

The parents had left shortly before the incident, leaving their 9 children at home.

But they apparently weren’t far as the mother was chatting with friends in a unit below whilst the father was running some errands nearby.

No more than 5 minutes later, a fire broke out in their home, engulfing almost the entire HDB unit in flames. In an interview with Zaobao, the mother shared her belief that a lighter which her 6-year-old child had used to burn some paper could have caused the fire.

The SCDF, however, emphasised that this detail is still under investigation.

11 people self-evacuated prior to SCDF’s arrival

In response to queries from MS News, the SCDF  confirmed that they were alerted to the fire at about 10.55pm on 7 May. 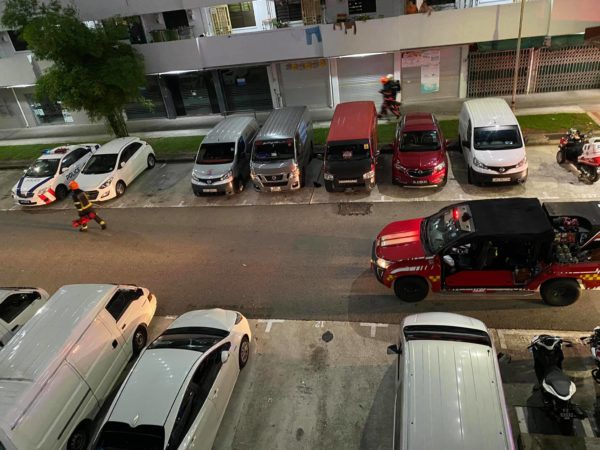 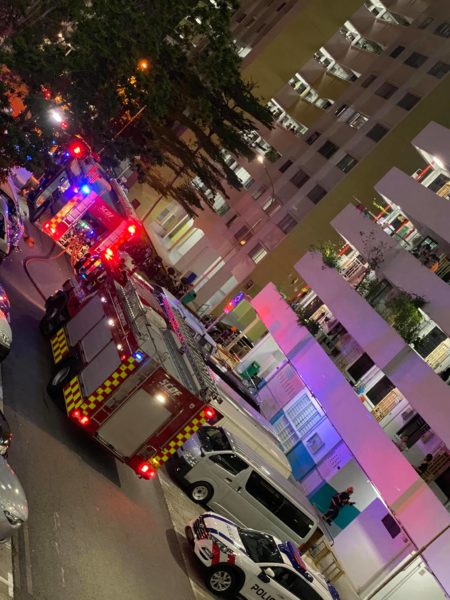 Thankfully, 11 residents living in the unit managed to evacuate themselves. The Singapore Police Force (SPF) meanwhile evacuated 15 others from neighbouring units.

On 7 May 2021 at about 10.55pm, SCDF was alerted to a fire at 59 Lengkok Bahru. The fire involved the contents of a unit on the 11th floor. SCDF extinguished the fire using 2 compressed air foam backpacks and a water jet.

11 people from the affected unit self evacuated prior to the arrival of SCDF and about 15 people from neighbouring units were evacuated by SPF prior.

There were no reported injuries.

Despite there being no injuries, Shin Min Daily News noted that 3 kittens in the unit perished in the fire.

They reported that firefighters managed to save 5 others, though the SCDF didn’t confirm this in their statement. We’ll update once more information is available.

Hope everyone will be more careful

While we are glad to learn that everyone involved was left unscathed, we’re devastated by the kittens’ passing, if this detail is indeed true.

Hopefully, investigations will shed some light on the incident.

In the meantime, we wish the family well, and hope that they’ll be able to rebuild their lives soon.