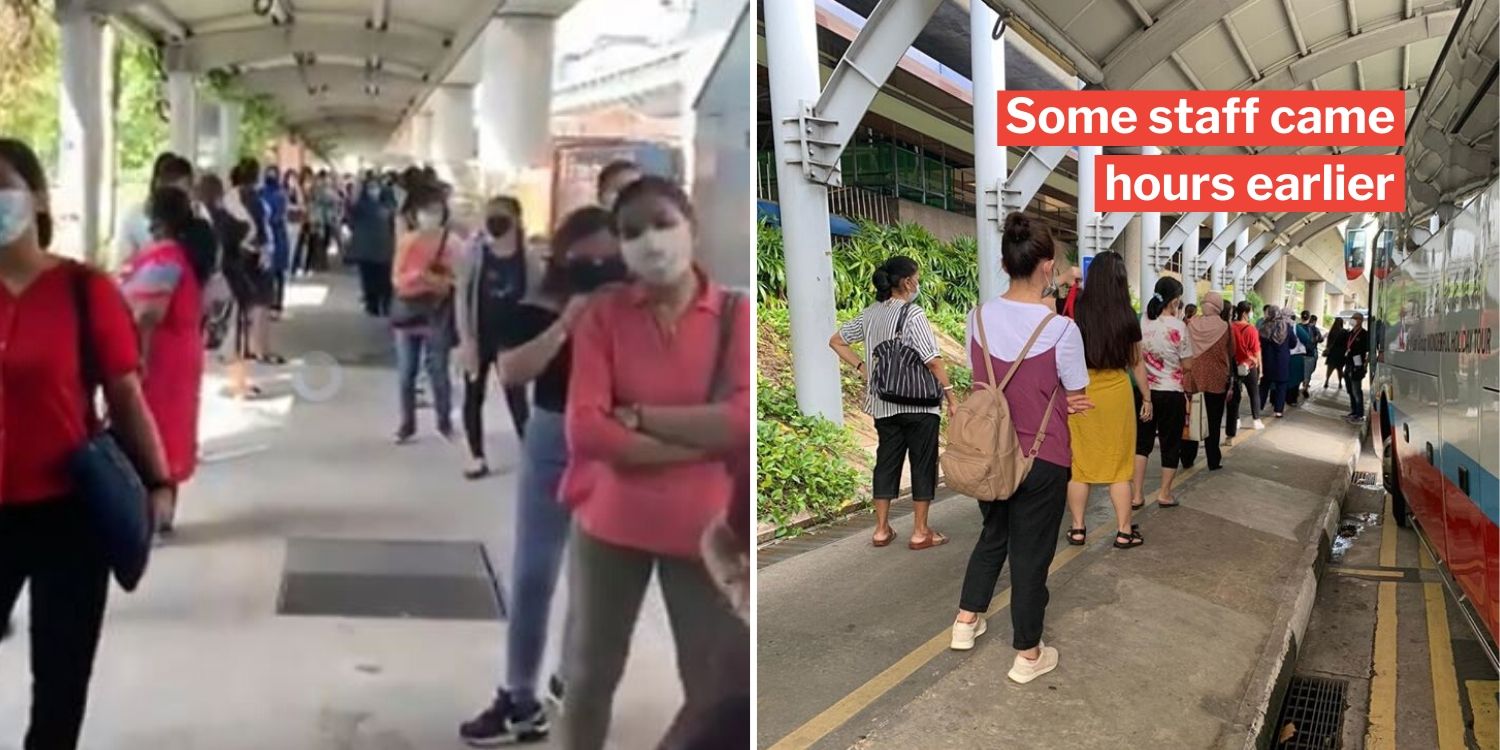 Some came hours earlier than they were supposed to.

Pre-School Operator Issue Has Been Resolved, Massive Queue Was Eased By 11am

Pre-schools in Singapore will be opening on 2 Jun after the ‘Circuit Breaker’ ends.

As some pre-schools have become Covid-19 clusters in recent weeks, to assuage concerns about children’s safety, all pre-school staff are being tested for the virus before they can come to work.

The first day of testing was on Friday (15 May), and it might have sparked concern among some when a video was circulated online showing a snaking queue of pre-school staff waiting to get tested.

Also, it didn’t escape attention that the ‘Circuit Breaker’ rules against large gatherings are still in effect. 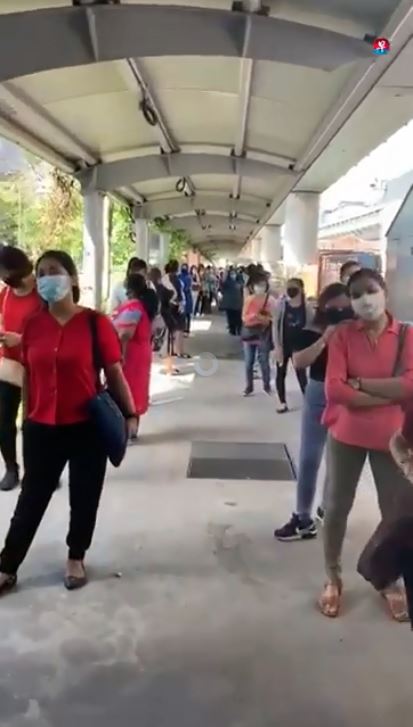 Here’s the video of the queue for context:

According to the caption by Lianhe Wanbao, the staff had to be sent to the testing centre via shuttle buses.

They started waiting since 8am, and by 10.30am, there was a queue of about 200m long outside Khatib MRT station.

The wait to board a bus was about one hour, it said.

In response to the viral video, the Ministry for Social and Family Development (MSF) posted on Facebook on Friday (15 May) to clarify matters. 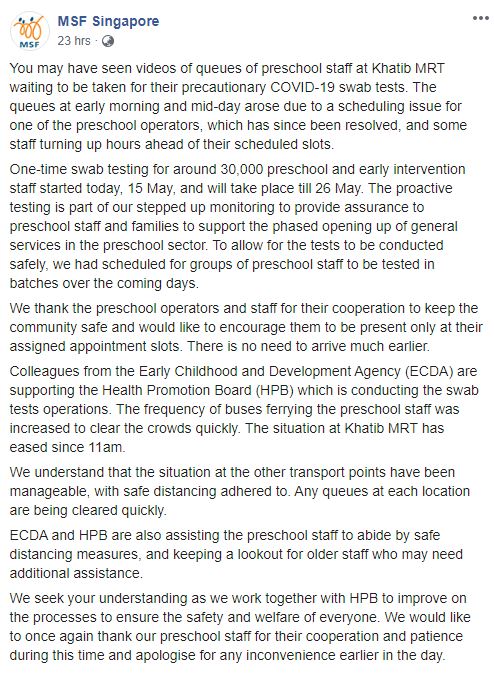 The long queue outside Khatib MRT was caused by a “scheduling issue” faced by one of the pre-school operators, the ministry said, and this has been resolved.

Also, some of the staff had turned up hours earlier than their allocated timings, it added.

Due to the huge crowd, more frequent buses were dispatched to take the waiting staff to be tested.

Thus, the queue outside Khatib MRT was cleared by 11am, the MSF said.

It also attached a photo to show the shortened queue at the location at 2pm: 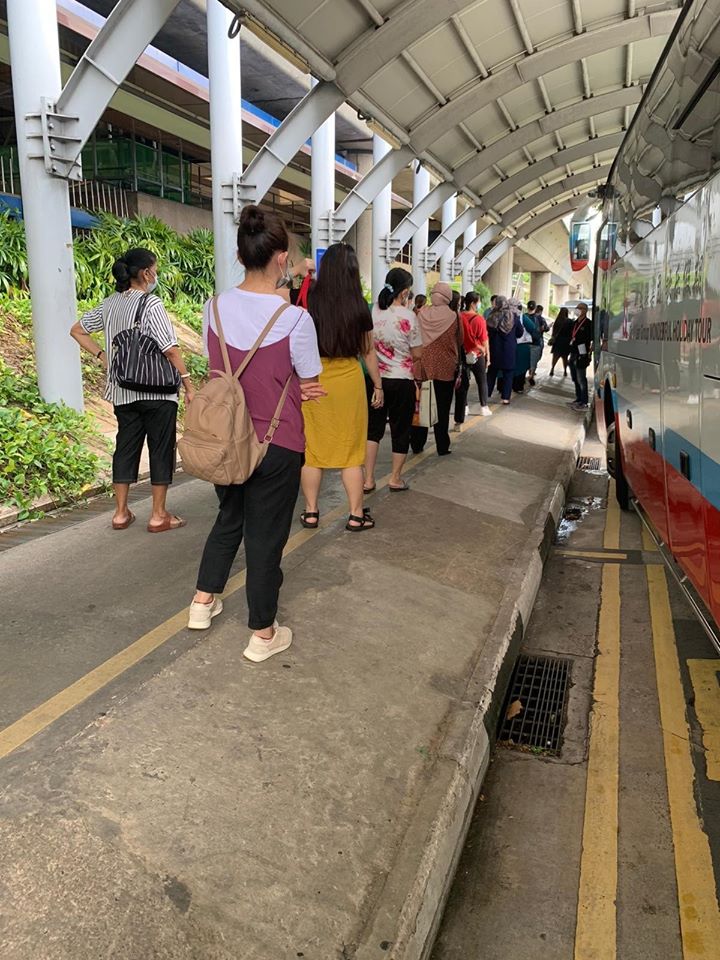 Queues at other locations manageable

Khatib MRT wasn’t the only place for the staff to queue to catch buses to get tested.

There were also queues at Dover, Tampines West and Woodlands.

According to the MSF, the queues at these locations were manageable, and were being cleared quickly. 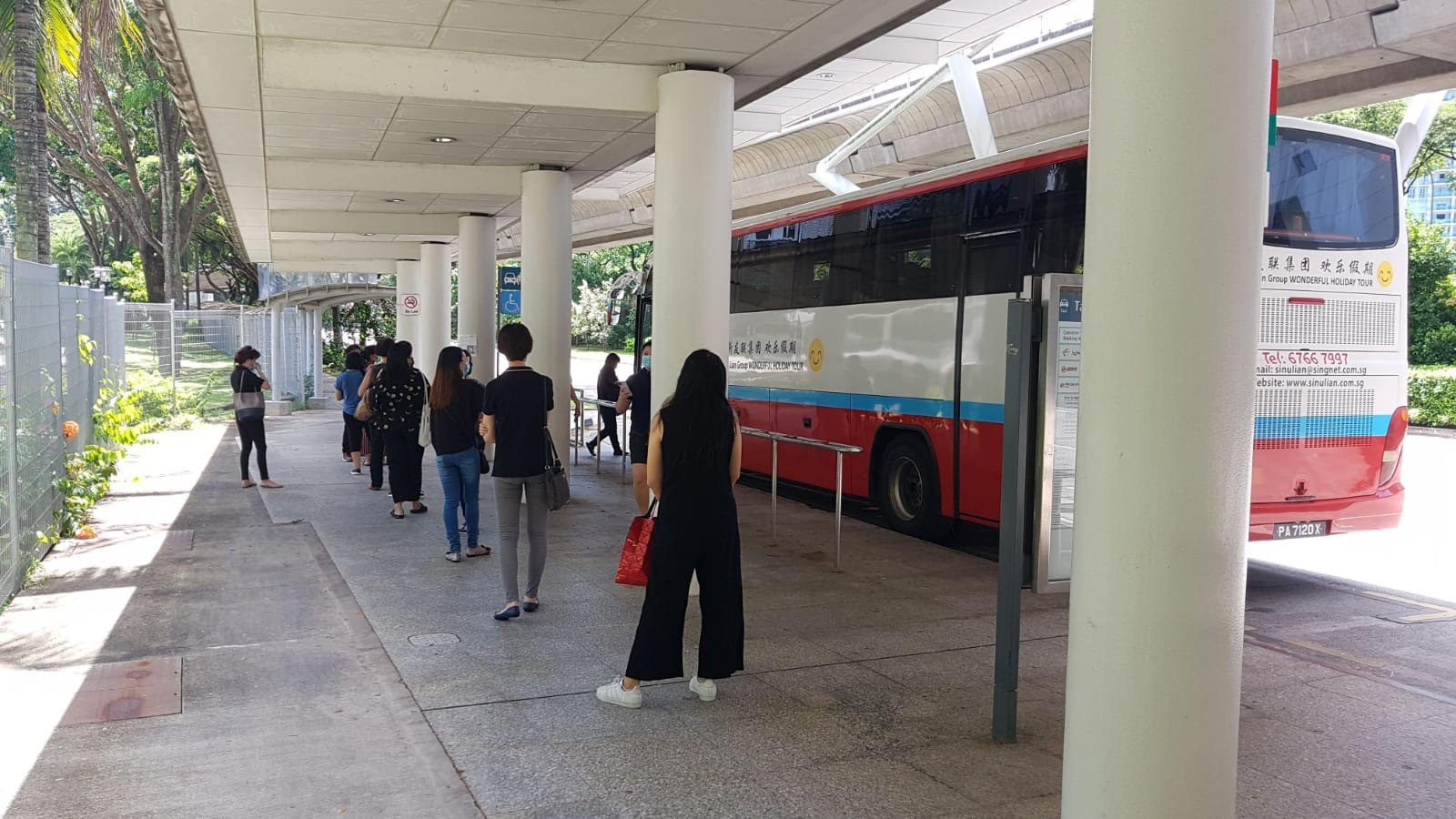 Staff advised not to come earlier than their assigned slots

Some 30,000 staff will be tested till 26 May, the MSF said, thanking the staff for their cooperation.

Officers from the Early Childhood and Development Agency and Health Promotion Board (HPB) were present to ensure safe distancing measures are observed, and help older staff.

As groups of staff will be tested in pre-scheduled batches, the ministry urged the staff to arrive at their assigned time slots, and not to come earlier.

Apologising for the inconvenience at Khatib MRT, the MSF added,

We seek your understanding as we work together with HPB to improve on the processes to ensure the safety and welfare of everyone. The scene at Woodlands MRT at 3pm on 15 May.
Source

Come at your scheduled time slots

While the long queue was Khatib was alarming, it’s good that it was cleared quickly.

Let’s hope people come only at their scheduled time slots, and such a large crowd won’t emerge again.

As long as pre-school staff stay virus-free, our young children will be able to go to school again.