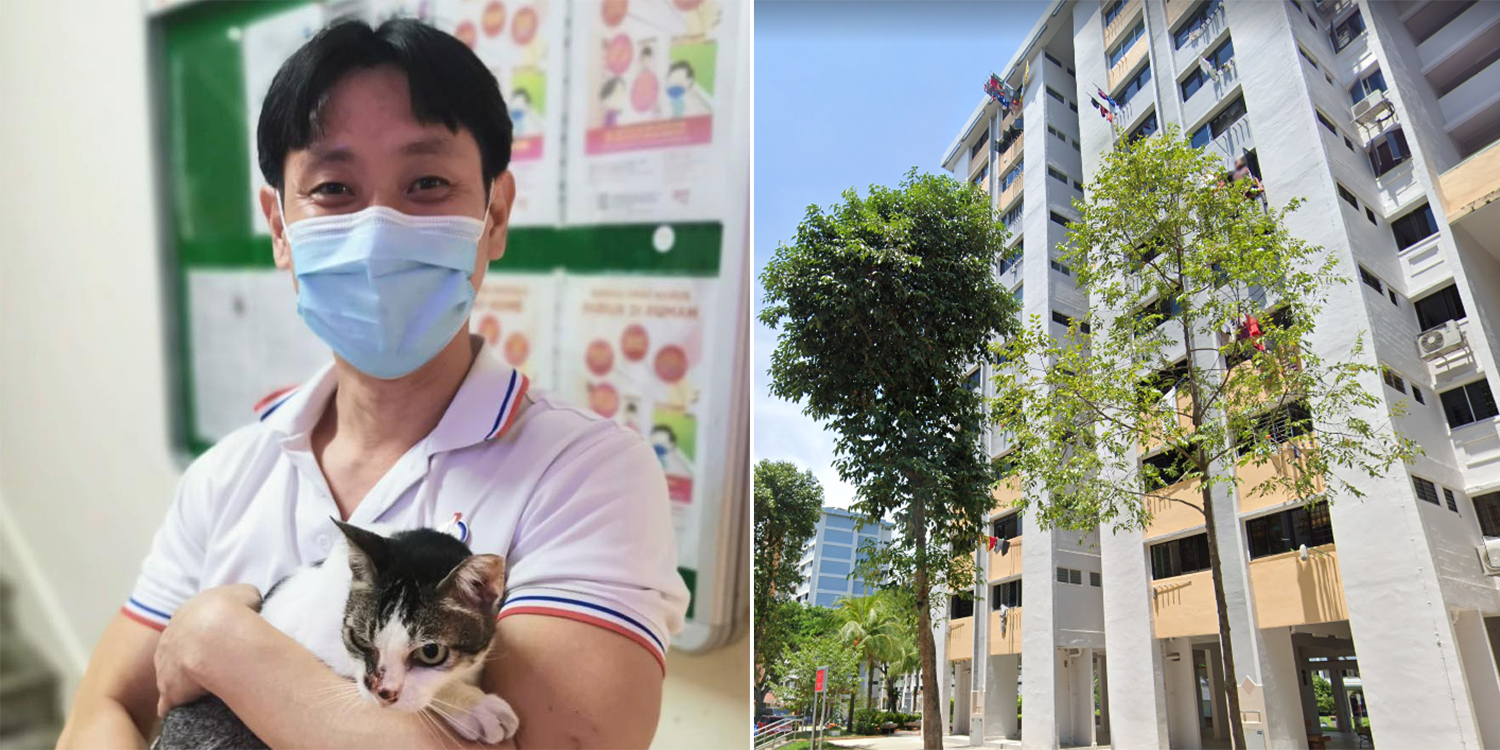 Many a family will have experienced the problem of a neighbour’s cigarette smoke drifting into their household.

The prevalence of smoke entering other households also increased during the ‘Circuit Breaker’, as more people started working from home, according to the National Environment Agency (NEA).

As a result, Nee Soon GRC MP Louis Ng will file a motion in Parliament in Oct to address the issue, he said on Facebook on Sunday (6 Sep). 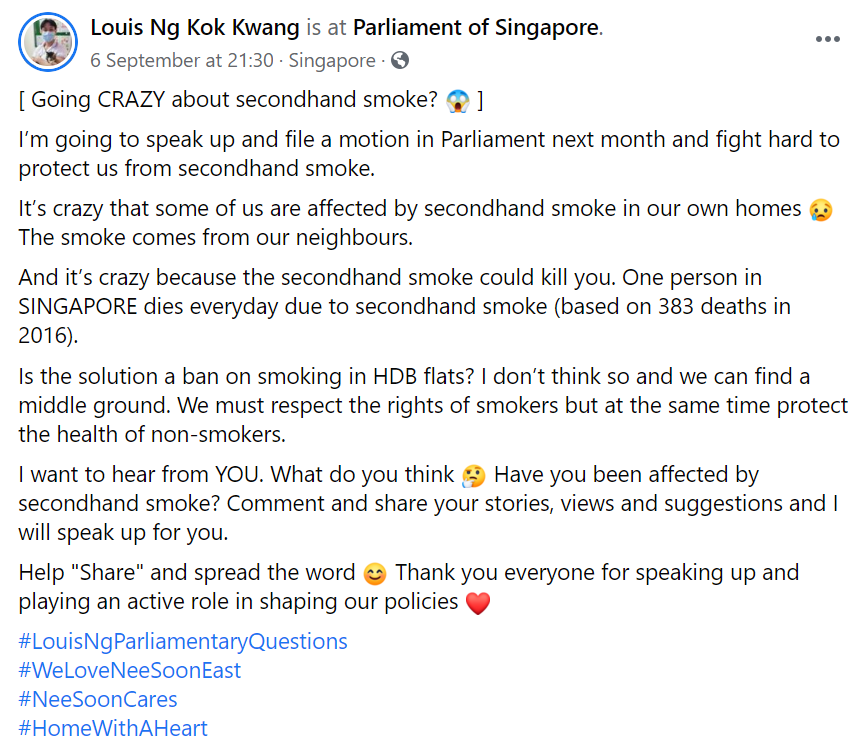 He doesn’t want a ban on smoking in HDB flats, but also wishes for a solution that’ll reduce harm to others.

Smoking in one’s home isn’t banned. However, many smoke at their windows or balconies, causing the smoke to drift into other homes.

Cigarette ashes also scatter, sometimes on laundry and balconies, when they do so.

For those who don’t own an air-conditioner, closing the windows isn’t a viable long-term solution as Singapore can get very warm and humid.

It also does no favours for ventilation.

Possible solutions to reduce harm on others

Currently, the only solution is to advise smokers to not smoke at their windows.

Another is to dissuade smoking altogether, although a complete smoking ban is unlikely to happen overnight.

In 2018, several MPs, including Mr Ng, tried unsuccessfully to get smoking in homes banned.

The response they received was that smokers have the right of privacy to smoke at home.

One solution which doesn’t call for an outright ban is closing the windows and doors when one smokes.

Some reason that since the person smokes, they’re making a conscious choice and shouldn’t let the smoke enter other flats.

We already have smoking cabins outdoors, but these can be a challenge to install in residential estates. 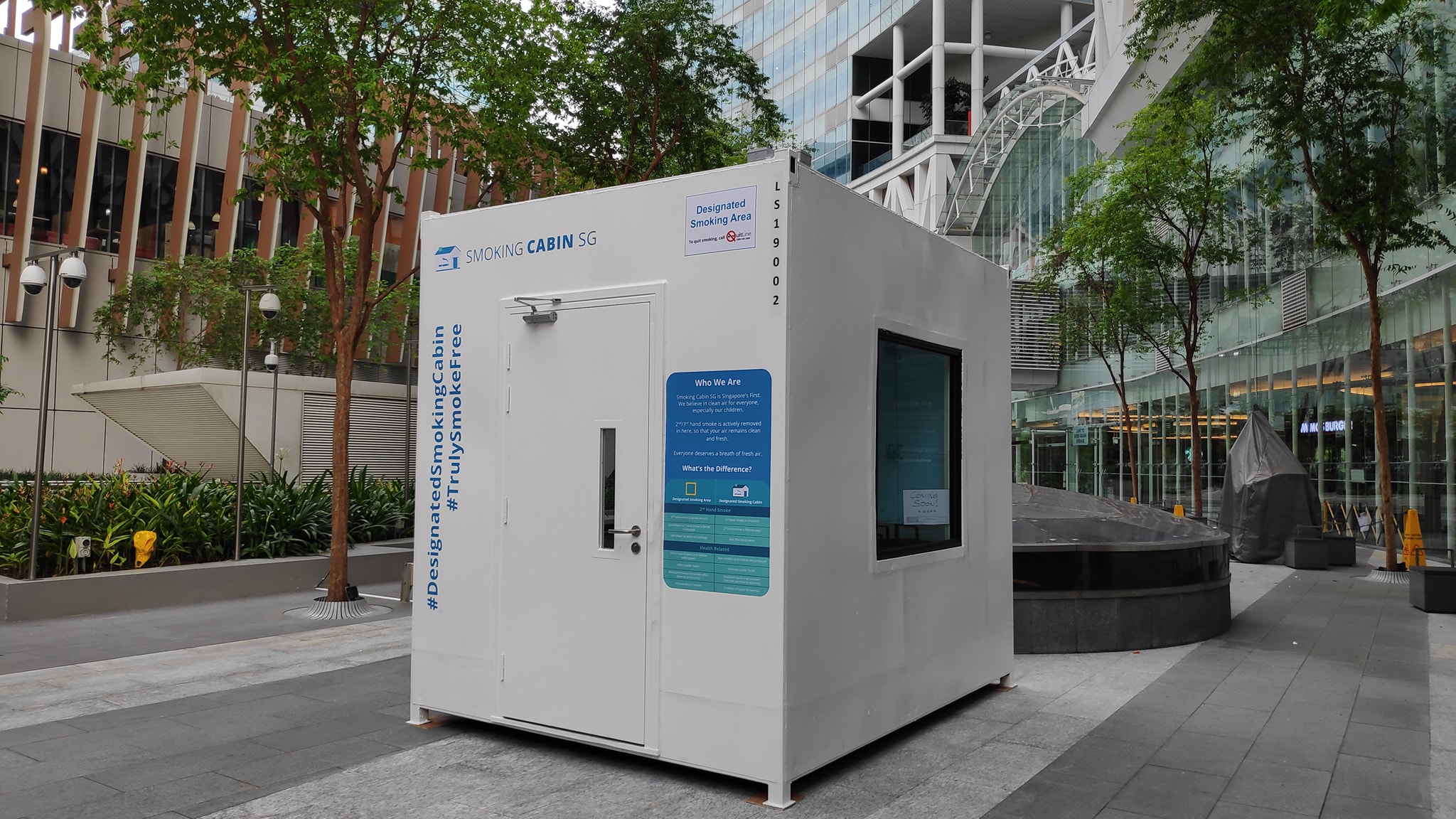 Secondhand smoke has potential ramifications, such as increasing the risk of lung cancer, stroke, heart disease, and asthma.

For lung cancer, the risk increases by at least a quarter, according to HealthHub.

48,020 cases of cancer could be linked to secondhand smoke in 2012, according to a study published on the Asian Pacific Journal of Cancer Prevention in 2019.

Many wish for smoking ban in HDB flats

Although this won’t happen overnight as smokers still have the right to smoke at home, many still wish for a smoking ban in HDB flats.

Regardless, here’s hoping that policymakers can solve the issue and come to a compromise if Mr Ng manages to speak about it in Parliament.

Do you think there can be a compromise between an outright ban and allowing smokers their rights? Let us know in the comments.