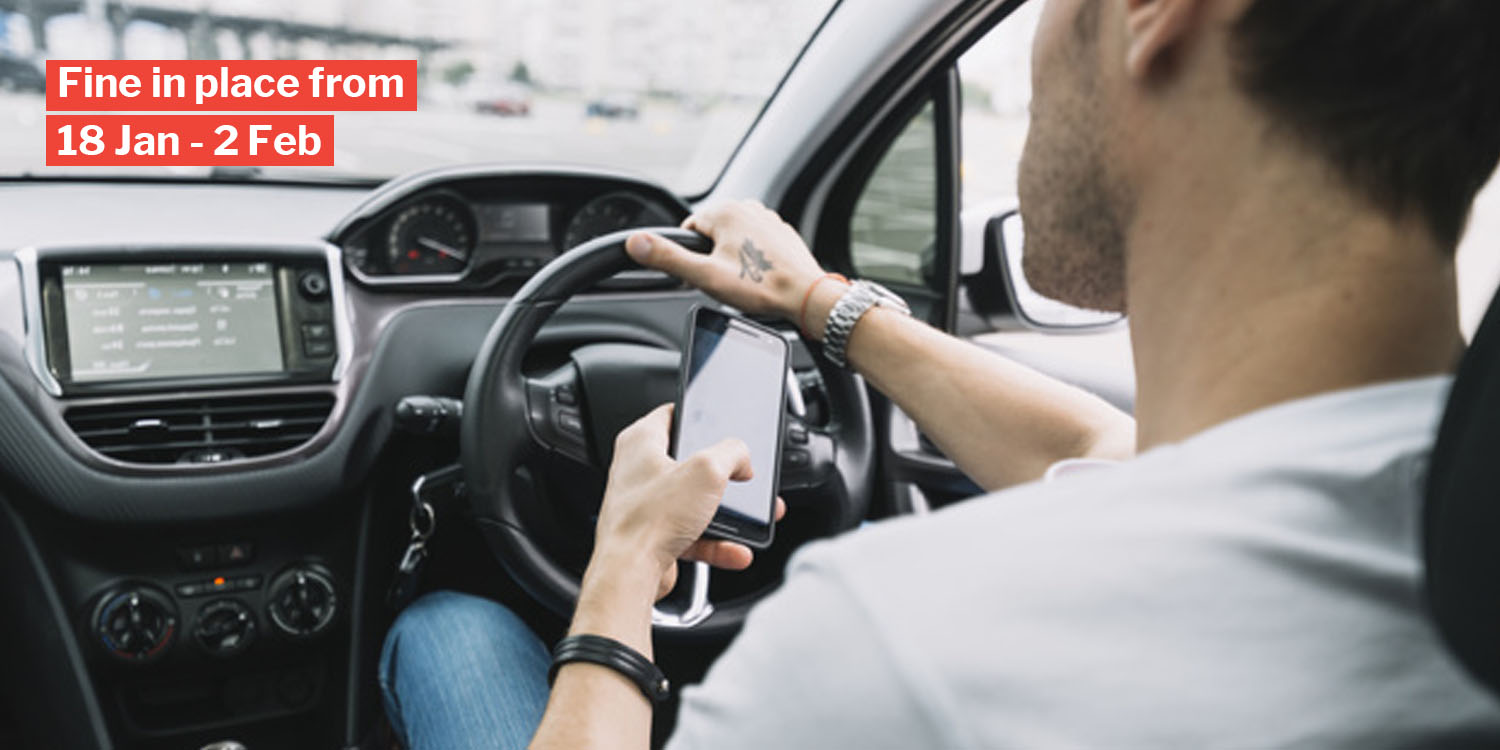 We all know that drink-driving is dangerous and can kill. However, distracted driving can be equally fatal since we’re not looking at the road in front of us.

Operation in conjunction with CNY

The move is part of a safety operation that will be held jointly with the Chinese New Year (CNY) celebrations.

The police will strictly enforce this measure, which will be in place from 18 Jan to 1 Feb, across the country.

So those of you planning to visit relatives in Malaysia, please take note.

Focus on safety on the roads & at home

The operation’s theme is “Safely Returning to Hometowns, Staying Safe at Home”.

As such, the police are not just paying attention to those who text and drive. To ensure road safety, especially during the festive season, they will focus on 6 aspects:

Anyone found guilty of the above will be fined RM300 (S$100). And no, there won’t be any discounts on this fine.

Drivers have no excuse

The police said that according to their research, negligent driving has been the main cause of traffic accidents.

Since drivers can only get their licence after being familiar with traffic laws, they have no excuse for any errant actions. Thus, the police will not be lenient with them.

More cars on roads during CNY

During the festive season, it is estimated that the daily traffic volume will reach 2 million vehicles, which is 18% higher than normal.

The police will collaborate with other agencies like expressway companies to ensure that there will be 5,000 staff and officers to support the operation.

If you’re heading to Malaysia, remember to top up your Touch N Go cards as reload lanes on PLUS expressways are reportedly closed.

Wishing everyone a safe Year of the Rat

Malaysia’s move to deter texting while driving is a step in the right direction.

We hope that everyone can practise safe driving habits all the time, not just when there’s a fine involved.

MS News will like to wish everyone a happy and safe Year of the Rat.