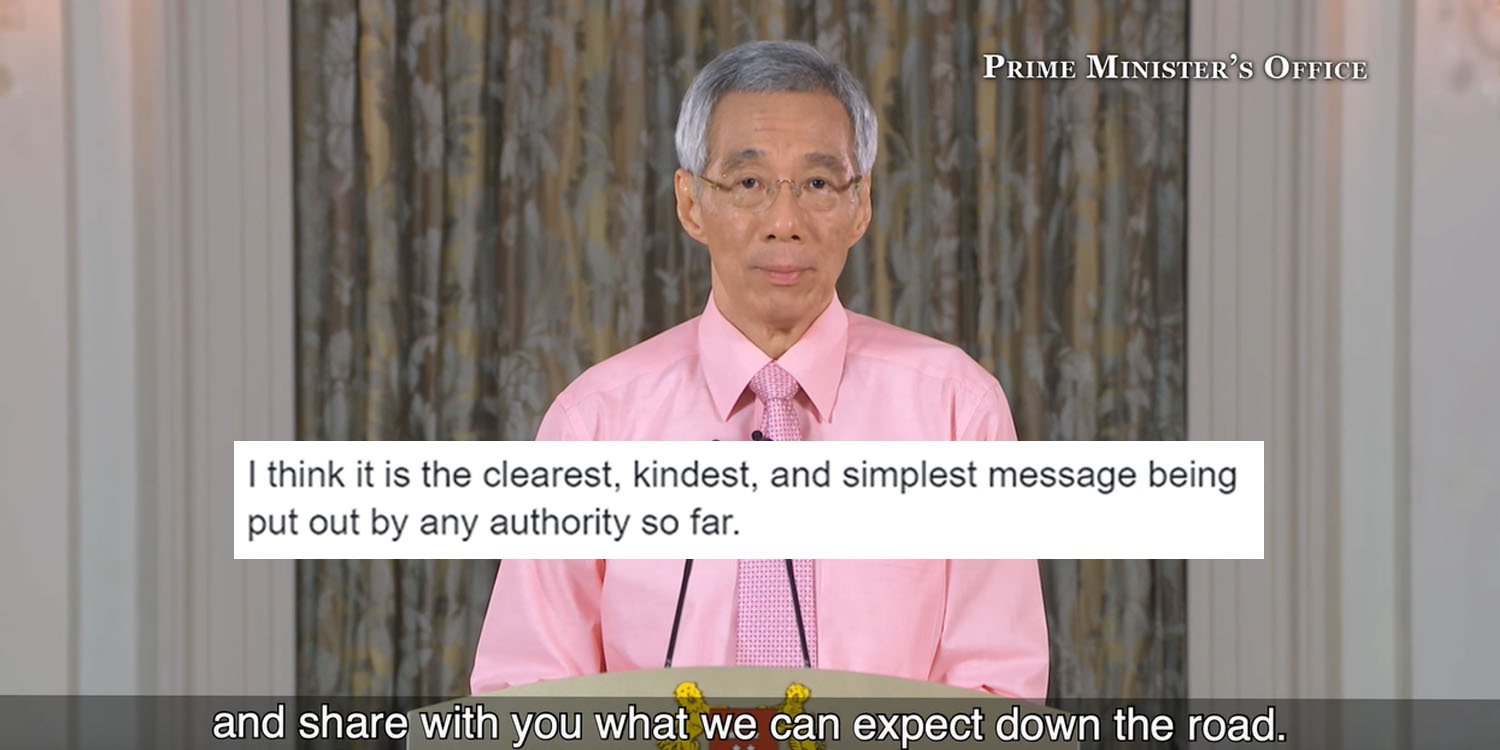 Many compared PM Lee to their leaders.

Yesterday (12 Mar), Prime Minister Lee Hsien Loong addressed Singapore, updating us on the current Covid-19 situation we are facing. He also assured Singapore that the authorities will not raise the DORSCON level to Red.

A netizen reshared his address to Subtle Asian Traits, a Facebook community with over 1.7 million members. Netizens responded with not just praises for the government’s efficiency, but also for PM Lee’s linguistic capabilities. 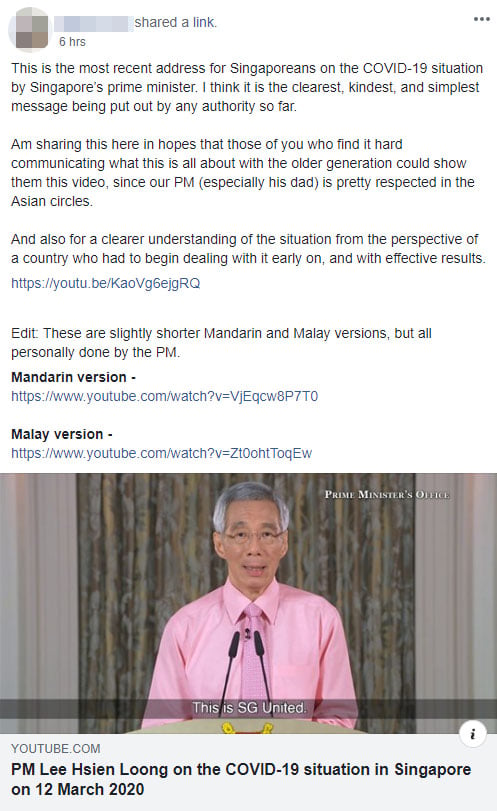 While we are in the midst of the Covid-19 pandemic, different countries are at different stages — some are just starting to see outbreaks. Thus, one netizen, Ms Lim, shared PM Lee’s address to serve as assurance. 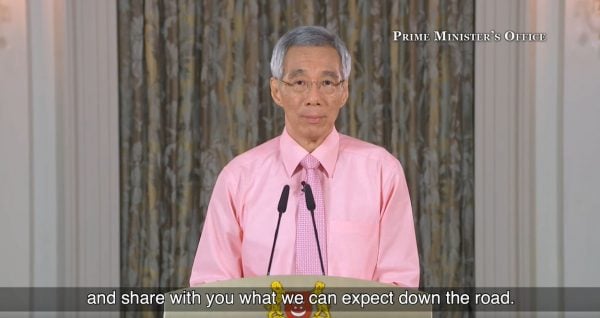 She added that she felt that it was the “clearest, kindest, and simplest message being put out by any authority so far”.

Thus, it would also be easier for the older folk to understand more about the situation.

Ms Lim hoped that she could show what the situation is like in Singapore, as a country that dealt with the outbreak relatively earlier than other countries and has seen effective results.

Netizens responded with praises for the Singapore government and the way they managed the outbreak so far.

Many compared it to their own government’s management.

Some netizens expressed their wishes for a similar response in their country.

Of course, many were impressed by PM Lee’s flair for languages. PM Lee had given his address not just in English, but in Mandarin and Malay as well.

Be proud of Singapore

Many around the world are praising Singapore, and rightfully so. Although Covid-19 struck early for Singapore, we managed to get the situation under control.

Let’s give the government, the healthcare workers and ourselves credit where it’s due, and be proud of our progress so far.