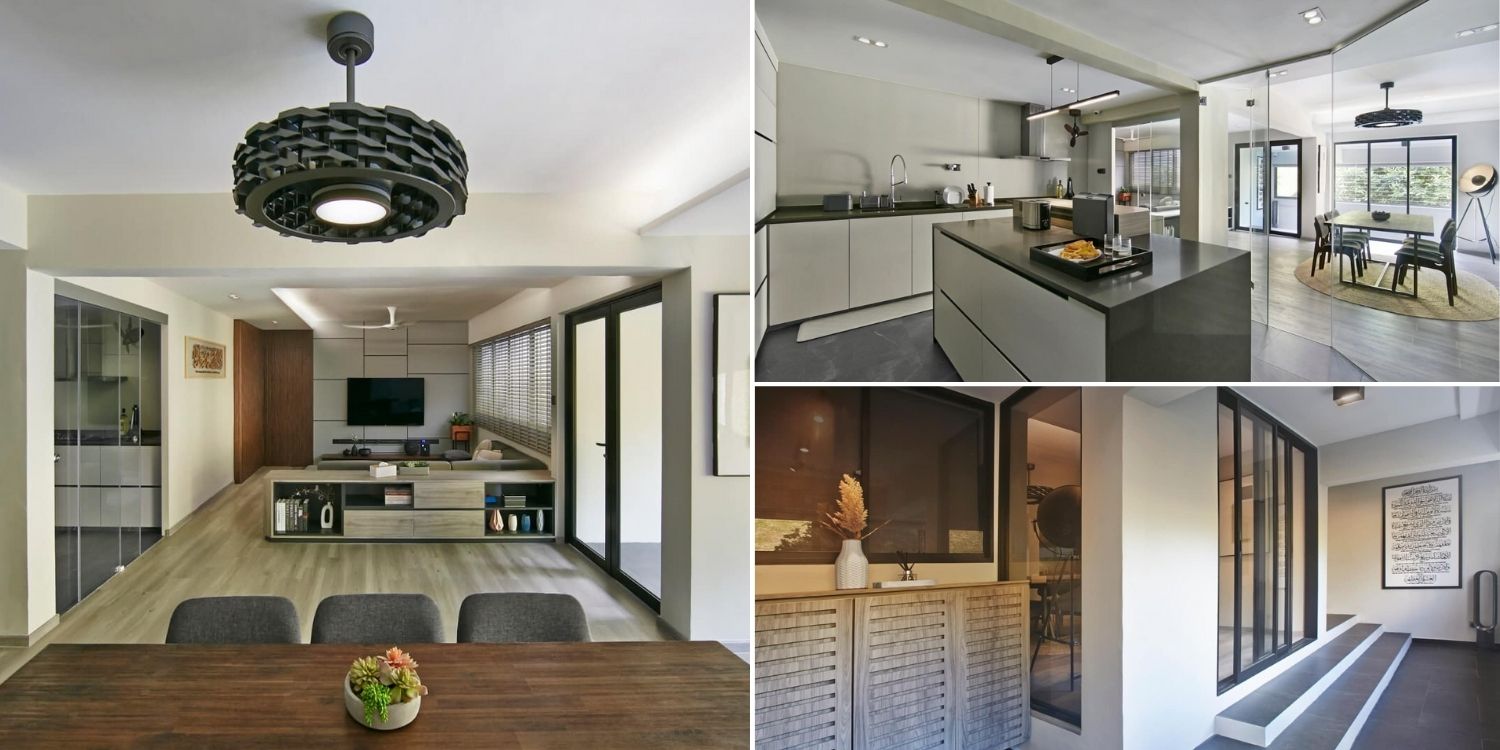 This Marsiling Jumbo Flat Looks Like A Zen Villa In Bali

Though Singapore’s HDB flats look far from majestic and luxurious homes, they still offer a blank canvas for homeowners to express their personalities.

For a family staying in a jumbo flat in Marsiling, home looks like a Balinese villa, kitted out with a modern open-concept layout, allowing as much natural light in as possible. 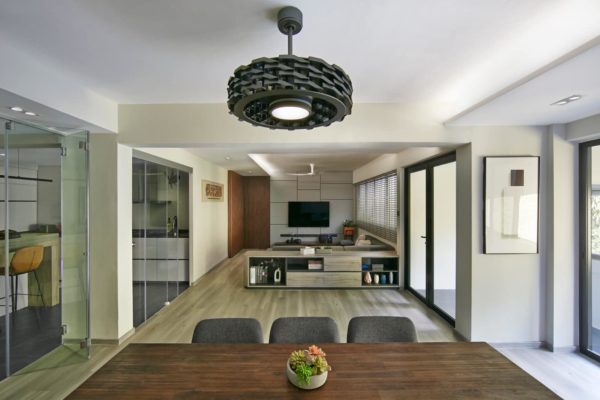 Designed with space in mind, the geniuses over at Aart Boxx Interior transformed the corner jumbo unit into something simply breathtaking. Here’s a peek into their airy abode.

In an interview with MS News, homeowners Muhammad Nur and Nur Adillah revealed more details of their renovation project. They’ve had their eyes on a jumbo flat since 2019 after having lived in a BTO flat prior to this.

With a growing family, they approached Aart Boxx Interior with the intentions of maximising space, but with no particular style in mind.

It was only with the brilliance of interior designer Sam Peh that they managed to transform the space into the resort-like home it is today.

Before entering the house, visitors are greeted with a minimalist reimagination of the unit numbers and a hint of greenery to set the tone for what’s to come. 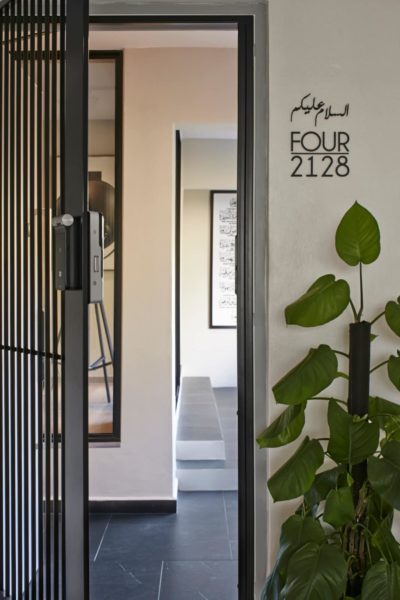 Upon stepping in, a long corridor leads the way to the main living area of the house. Glass doors allow natural light to bathe the house in a warm glow. 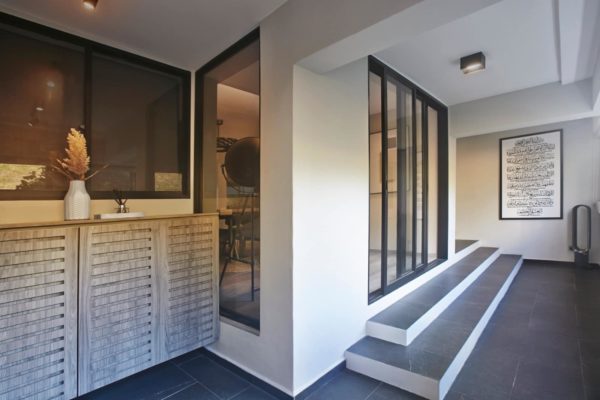 The masterwork comes in the form of the living area. Open yet cosy, the area is smartly divided with glass panels that create the illusion of space.

By using them in place of traditional concrete walls, the kitchen and living area can seamlessly coexist in a uniform space. 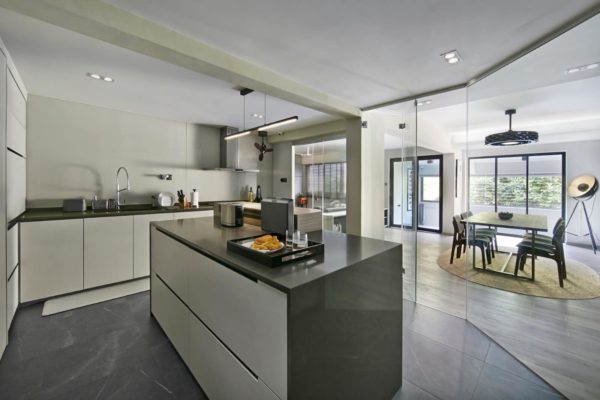 When asked about their favourite part of the house, the couple agreed that the master bedroom and its accompanying walk-in closet were the clear winners. 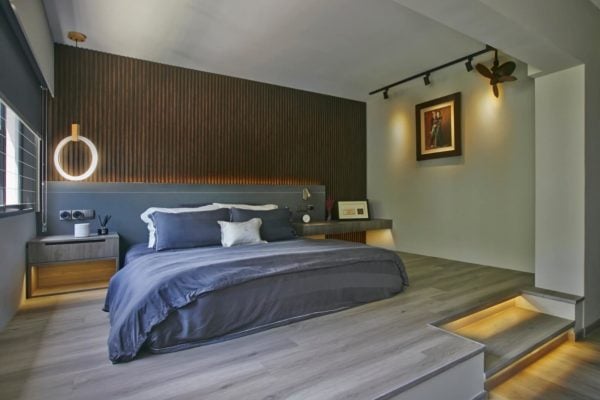 The master bedroom features a raised platform, which literally elevates the space. 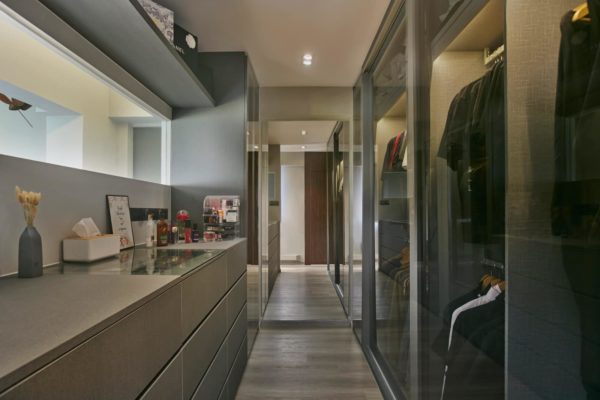 Adjacent to the sleep area is an impressive walk-in closet, complete with a long dressing table for the homeowners to get ready at every morning.

They told MS News that they feel particularly proud of the walk-in closet as they’ve never imagined being able to own one.

What gives the house its quintessential Bali vibe is its bathroom areas. 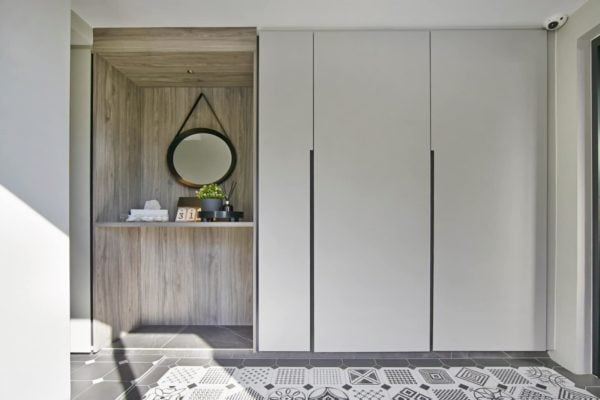 The simple combination of patterned tiles and wooden accents exude relaxation akin to the spas that those resorts are famous for. 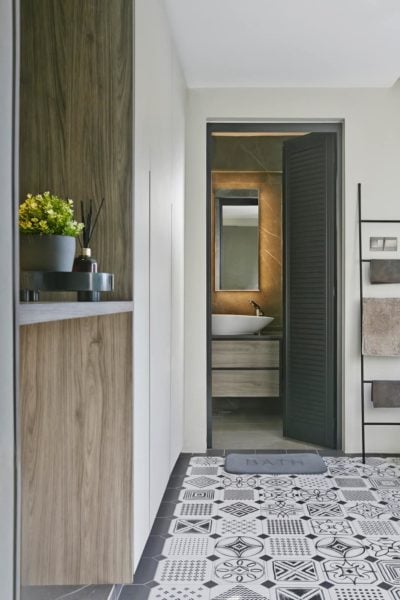 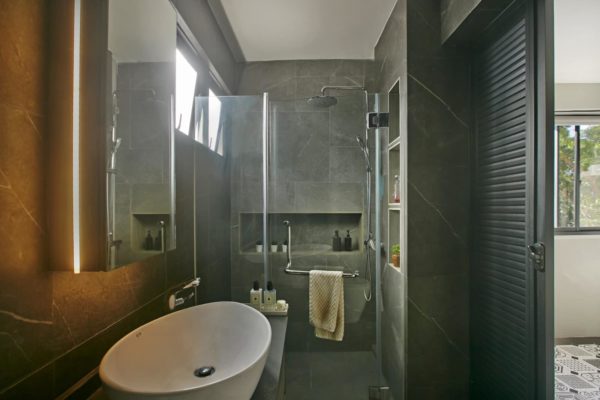 With ultimate R&R vibes, you’d feel like you’re having a well-deserved spa sesh there when you step inside after a long work day.

A modern reimagination of Bali in an HDB flat

Simply setting furniture in a home is not interior designing. Marrying themes throughout the house all whilst acquiescing to the owner’s requests definitely is.

And that is what Mr Sam Peh of Aart Boxx Interior did wonderfully with this jumbo flat in Marsiling.

Perhaps one could point to its minimalist and simplistic design to be the main reason that the original Facebook post has amassed over 3,400 shares and 400 comments.

The homeowners found the attention quite overwhelming but are warmed by the idea that their humble abode has provided inspiration for many aspiring homeowners in Singapore.

We hope that the family loves the home and creates many beautiful memories in it. Like what Mr Nur said, “It’s not about how big the house is, it’s about how happy the home is.’