Must Share News – Independent News For Singaporeans
Home Viral 53-Year-Old Woman At MBS Refuses To Wear A Mask On 15 May,... UPDATE (9.26pm, 15 May): The police are currently investigating the case which took place at Marina Bay Sands (MBS) on Saturday (15 May).

Since last year, it has been mandatory for Singapore residents to put on a mask whenever they’re out and about.

Safe Distancing Ambassadors (SDAs) have been tasked to ensure that members of the public comply with the safety measure.

On Saturday (15 May), one day before Phase 2 Heightened Alert, a viral clip was shared on Facebook showing a lady who refused to don a mask while queuing at MBS.

When approached by SDAs, the lady insisted on seeing a “badge”, claiming that the officers do not have the authority to ask her to do anything without one.

In the 1.5-minute video, a lady in blue was seen queueing at the Toast Box outlet at MBS. 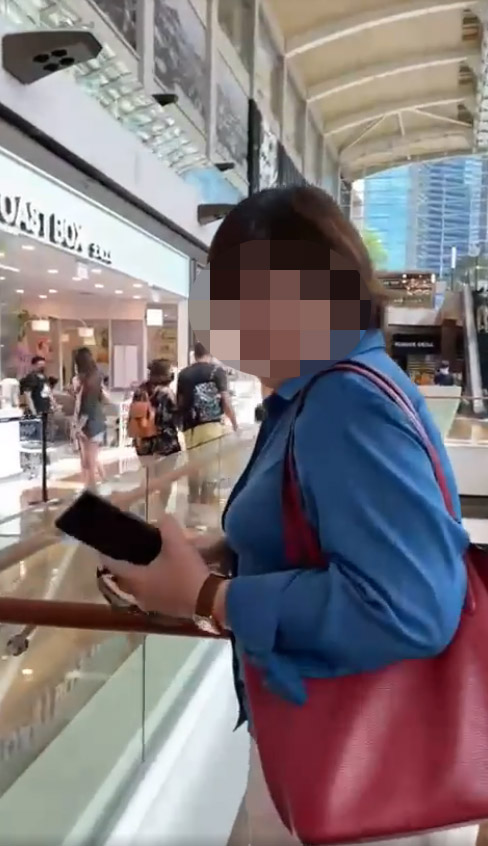 It wasn’t stated when the video was taken.

Unlike other visitors, the woman wasn’t wearing a face mask.

A lady wearing a red shirt with the words “safe distancing ambassador” on the back was seen talking to the lady, repeatedly asking her to put on a mask. However, the lady refused to comply and instead asked the SDA to show her a “badge”, claiming that it was unclear who she was representing. 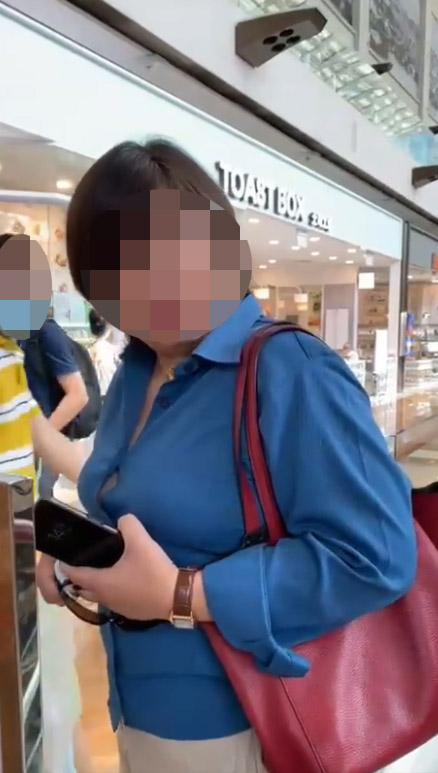 Another lady identified herself as an SDA from MBS, but the lady insisted that it was unverifiable.

At around the 30-second mark, the lady questioned if the supposed SDA from MBS was “harassing” her and “creating a scene”.

Seconds later, the lady in blue said she refused to speak, insisting that the SDAs did not have the authority to ask her to do anything without a badge.

Towards the end of the video, the lady was seen joining up with the other section of the queue outside the Toast Box outlet. 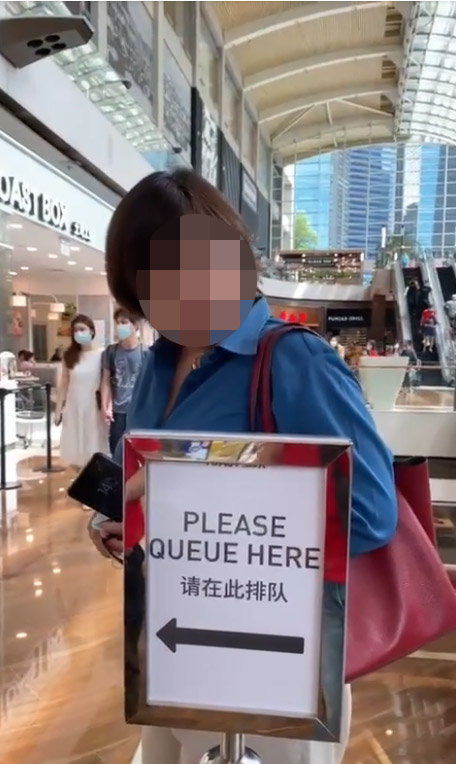 What was also interesting was that the lady was seen holding on to a blue disposable mask with her right hand throughout the video. 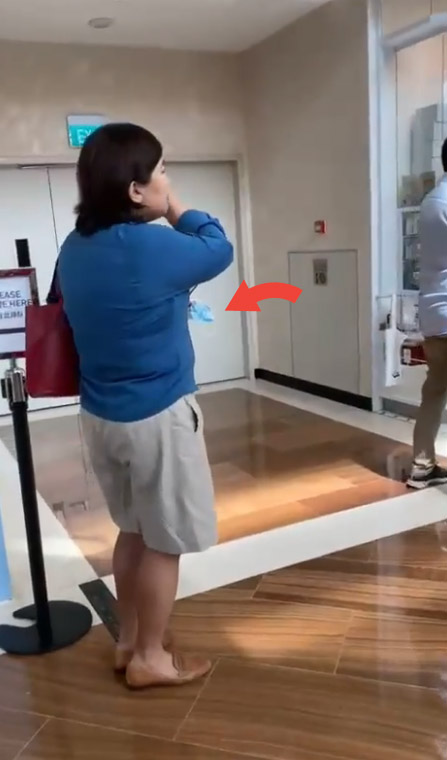 In response to MS News queries, an MBS spokesperson confirm that the incident took place on Saturday (15 May).

The police were alerted to the incident at around 5.14pm about a woman who allegedly entered the building without wearing a mask despite being advised to do so repeatedly.

A 53-year-old woman is currently under investigation for being a public nuisance and breaching safe distancing measures.

The woman is also believed to have entered other buildings and establishments in other instances without wearing a mask.