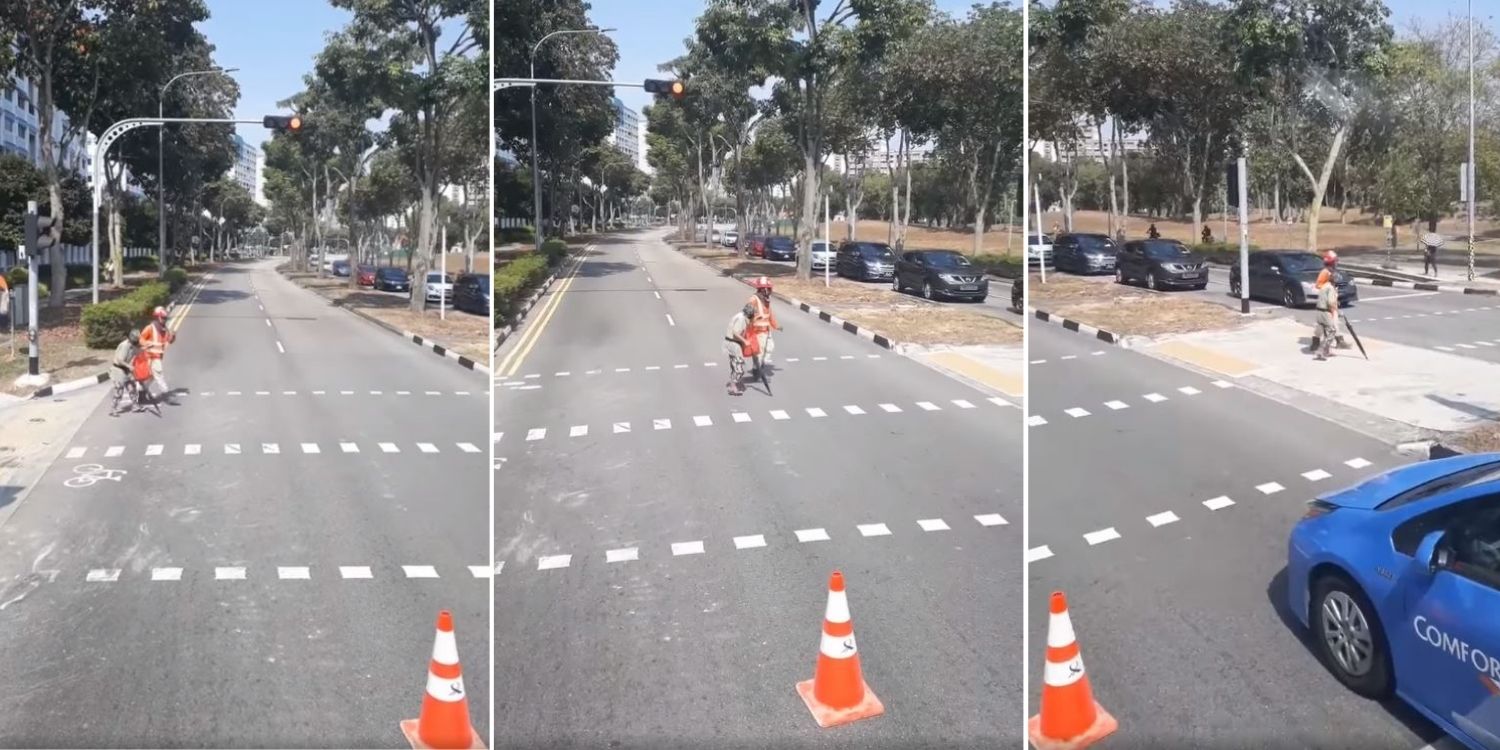 A small but not insignificant gesture.

Over the past year, our migrant workers were the focus of Singapore’s attention as Covid-19 spread like wildfire through their dormitories.

The situation has stabilised, but one positive thing that has come out of it is now there’s more recognition for how migrant workers have contributed to Singapore.

Besides the obvious ways – like building our infrastructure – these men have also pitched in in various smaller ways. For example, helping an old lady cross the road. 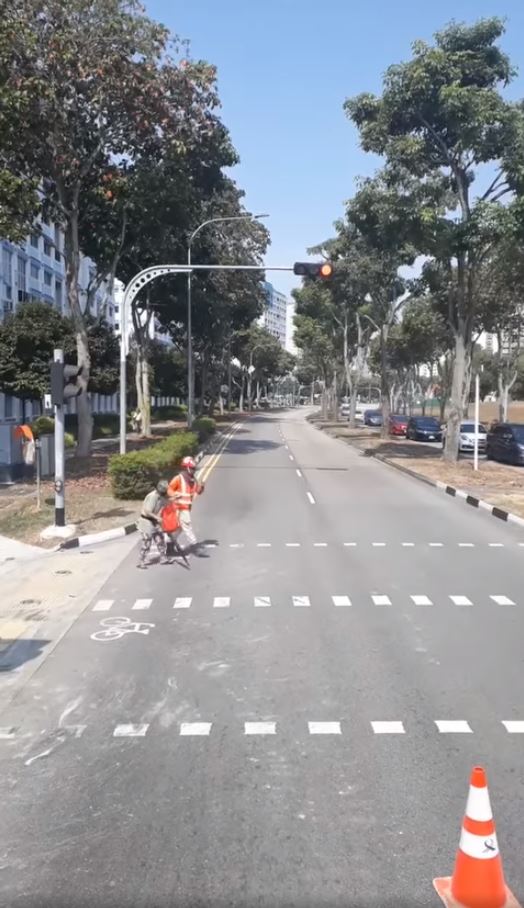 A welfare group is now seeking the identity of this kind-hearted worker so they can treat him to a ride on the Singapore Flyer.

The heartwarming deed was caught on a video posted by ItsRainingRaincoats on Friday (5 Mar).

In it, 2 people can be seen crossing the road together.

One is a man wearing the typical construction worker attire of a bright orange vest and hard hat.

The other person is an old lady is who is slightly bent over.

She’s holding the arm of the man with 1 hand, and using a long umbrella in her other hand as a cane to steady herself while walking.

From the video, it’s noticeable that the old lady is walking slowly and unsteadily, and is relying on the man for support. 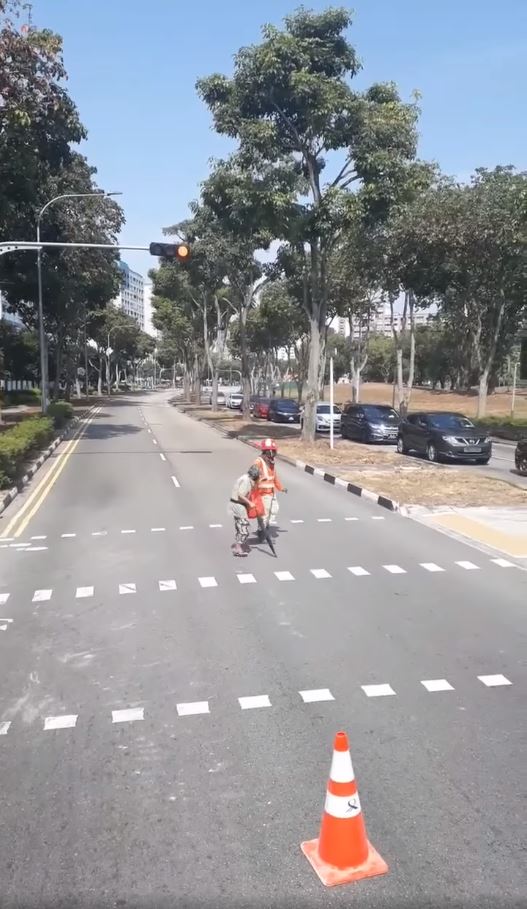 It’s also clear that without him, it would’ve been far more difficult for her to get across the road safely and before the light turns red for pedestrians.

The support the construction worker is providing is thus much needed.

The video ends after the duo reach the centre divider and the traffic starts up again. 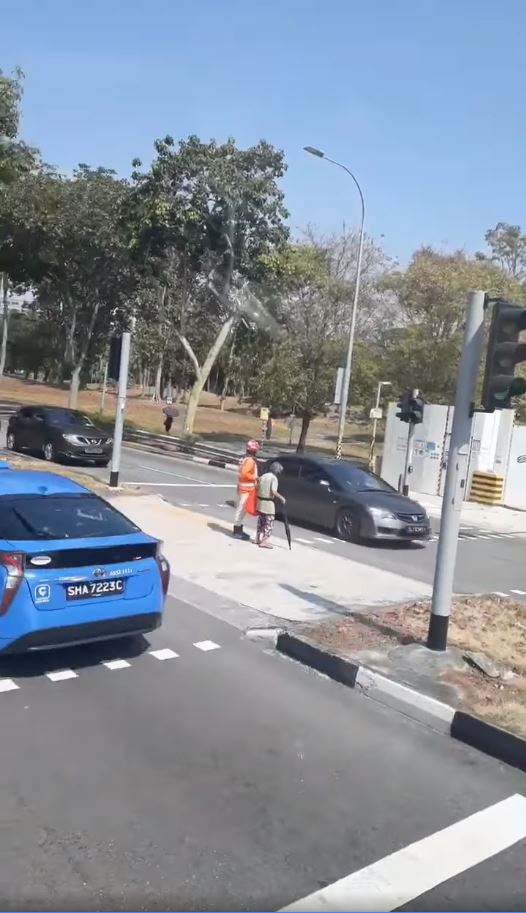 Presumably, they would’ve had to wait for the green man to appear again to cross to the other side.

Worker could’ve been working nearby

A traffic cone with a Land Transport Authority (LTA) logo can be seen in the foregroud of the video.

Thus, the worker could’ve been working at a worksite near the pedestrian crossing.

However, he may noticed that the old lady needed help, and was kind enough to take some time out to do so, even if it meant having to wait at 2 pedestrian crossings.

In its caption, ItsRainingRaincoats didn’t reveal the source of the video.

However, they loved it, and said it’s not surprising to see migrant workers being caring and compassionate despite their own hardships.

Previously, the welfare group had started a campaign to treat migrant workers to a visit to the Singapore Flyer. 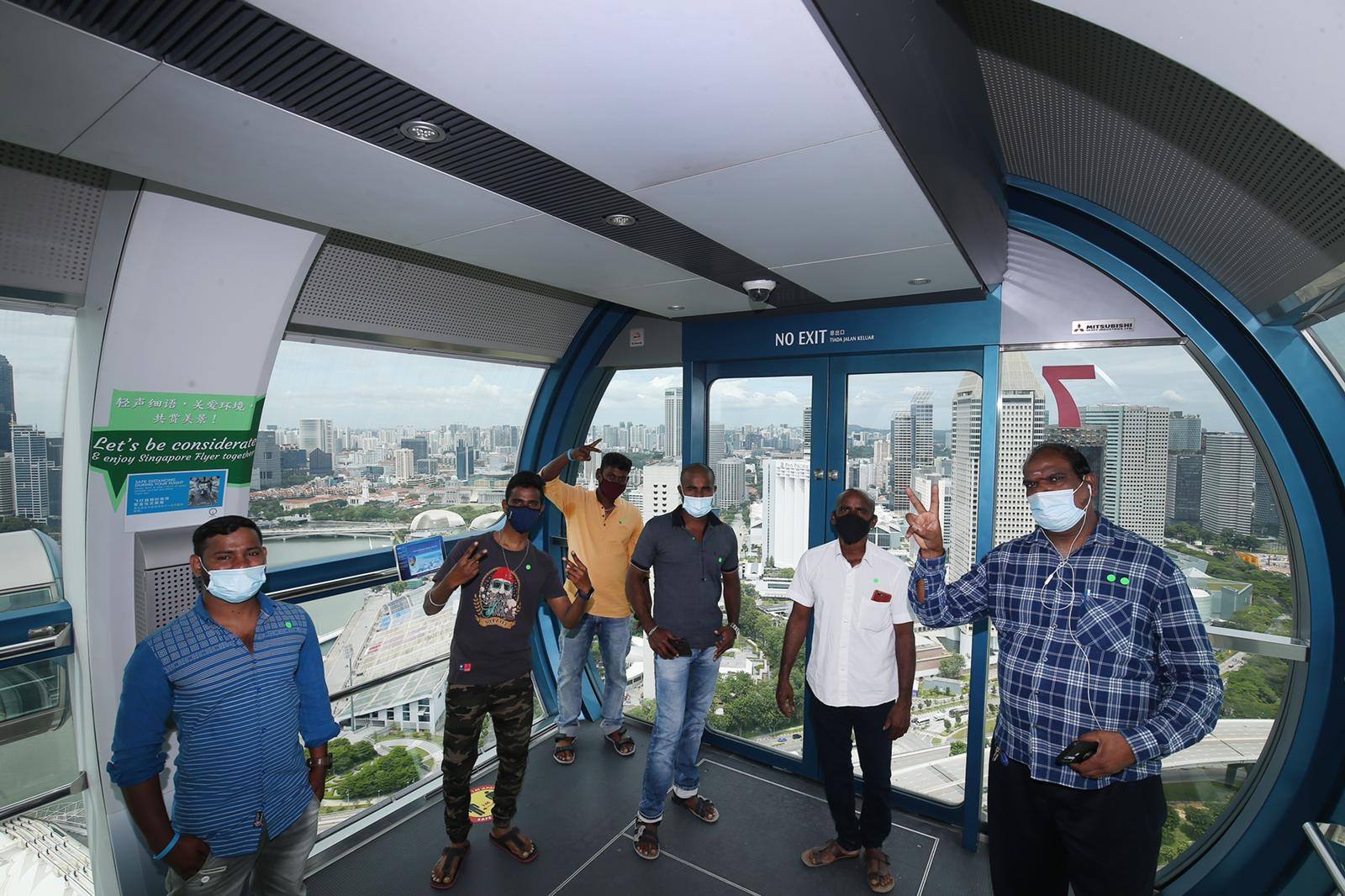 Thus, they wanted to do the same for this unidentified worker who was so kind to the old lady.

However, ItsRainingRaincoats doesn’t know who he is.

Thus, they’ve appealed for anyone who knows who this worker is to come forward.

If they find out who he is, they would be “delighted” to treat not only him, but his friends to a ride on the Singapore Flyer.

The migrant worker’s actions may seem small, but the old lady could be somebody’s mother, grandmother or wife.

Thus, to her loved ones, the gesture would be significant indeed. In fact, they would be very grateful that this worker took the time to ensure her safety despite being busy himself.

So kudos to him, for he may not be rich in worldly possessions, but he’s definitely rich in character.

Do you know who this man is? If you can identify him, or know where he works, do send a message to ItsRainingRaincoats. They can be contacted via their Facebook page.