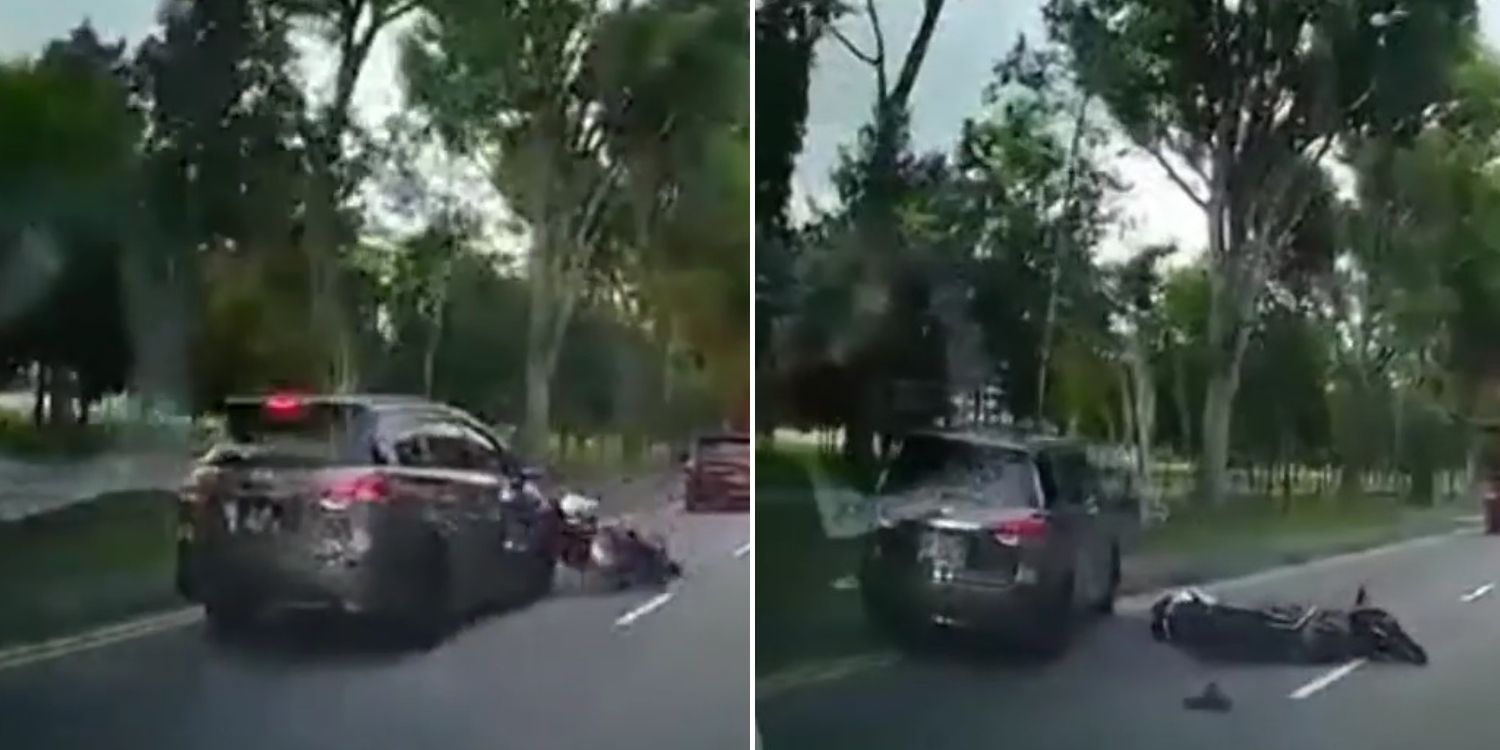 Many commended the driver for their quick thinking, which could have saved the motorcyclist's life.

SCDF said that they were alerted to a road traffic accident at the junction of Woodlands Ave 12 and Woodlands Ave 5 at about 6.40pm on 26 Apr.

They accessed a person for minor injuries but the individual subsequently refused to be conveyed to the hospital.

Driving requires one’s full focus and attention — any form of distraction or carelessness can lead to an accident.

On Tuesday (26 Apr), a motorcyclist suddenly ran into a car as they were travelling along Woodlands Avenue 12. Fortunately, the driver was quick enough to swerve away from the rider, avoiding a more serious outcome.

While details of the accident are still unclear, many commended the driver’s alertness and quick thinking.

Dashcam footage posted on Facebook shows the motorcyclist cutting into the middle lane from the right.

He continued to travel along the middle road while waiting for an opportunity to switch to the left lane.

However, he apparently mistimed his entry and collided with a grey car, causing the motorcylist to skid and fall to the ground.

Driver quickly swerved from the motorcyclist

After the sudden collision, the driver of the grey car quickly swerved away from the motorcyclist to avoid running over him.

The car’s wheel seemed to barely miss the motorcyclist as it made its way up the pavement.

The car appeared to hit a tree before coming to a halt.

After the video was shared, many netizens commended the driver for their quick reaction following the collision.

They pointed out that if not for the driver’s decision to swerve away, the motorcyclist would have sustained serious injuries, or worse.

Some also hailed the driver as a “hero”, given how they risked their own safety to avoid hurting someone else.

A few also speculated that, quite worryingly, the motorcyclist might have “dozed off” while on the road, hence causing the abrupt collision.

It’s unclear if both parties were injured as a result of the collision.

MS News has reached out to SCDF and Singapore Police Force for a statement and will update the article once they get back.

Hope no one was injured

It’s unsettling to see how abruptly the collision happened. Fortunately, the driver’s quick thinking helped to avoid a much more gruesome outcome.

This incident should also serve as a good reminder for all road users to always stay vigilant — one never knows if an unexpected situation like this will happen to them next.

At the end of the day, while we may not know exactly what caused the motorcyclist’s actions, we hope they will have a swift and smooth recovery.