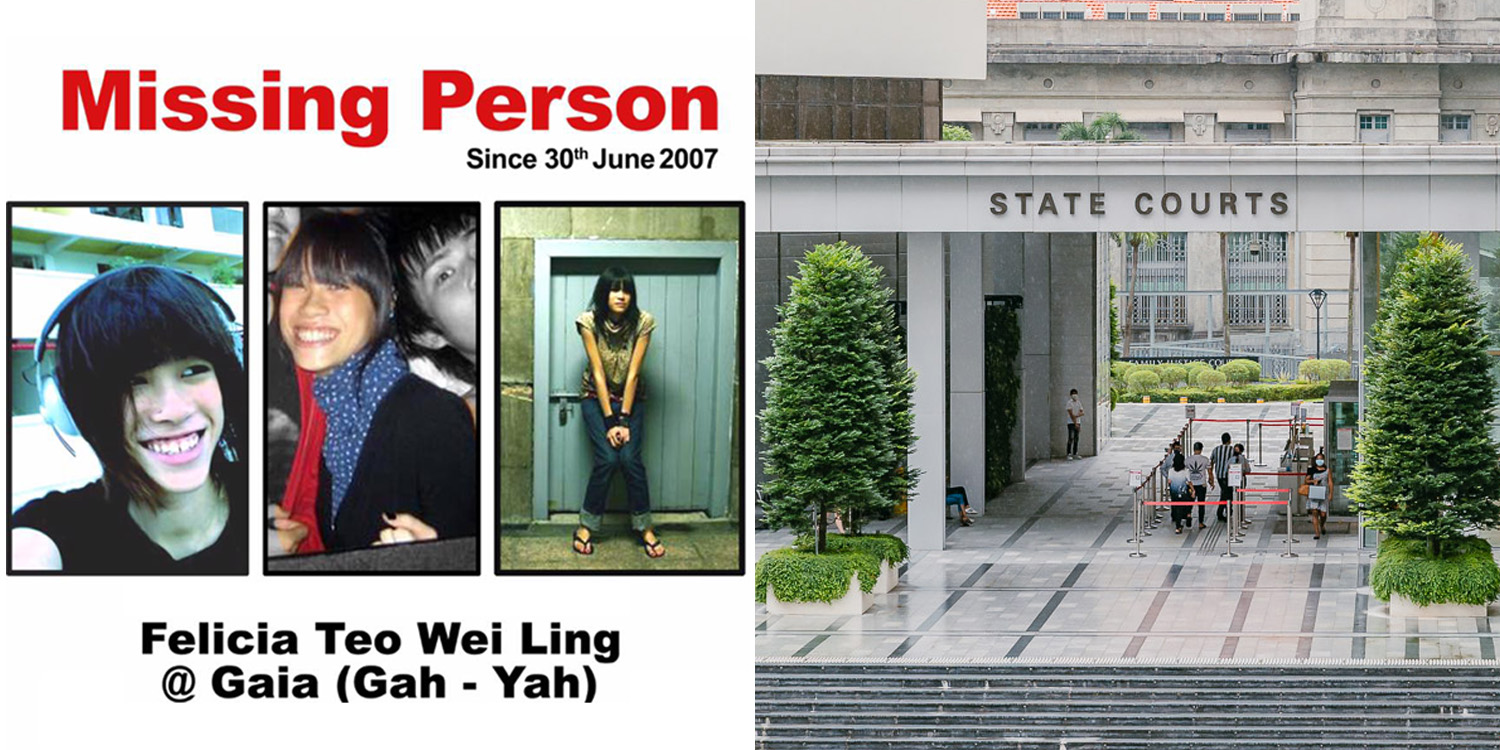 Another suspect has not been located.

Ms Felicia Teo Wei Ling is one of the nation’s most prominent missing person cases. In 2007, she was spotted entering a lift at Marine Terrace with two men and was never seen again.

After over a decade, authorities finally made a significant breakthrough. Ahmad Danial Mohamed Rafa’ee, 36, was charged with the suspected murder of the teen on 17 Dec 2020.

On Tuesday (24 May), Ahmad appeared in court, and his lawyers requested an adjournment of the case.

Meanwhile, 32-year-old Ragil Putra Setia Sukmarahjana, another suspect in the murder of Felicia, is still at large.

On Tuesday (24 May), 36-year-old murder suspect Ahmad made an appearance in district court via a video link.

His case was adjourned at his lawyers’ request, and he will be further remanded, The Straits Times (ST) reported. Ahmad will return to court again in July.

According to Channel NewsAsia (CNA), he was previously remanded for psychiatric assessment after police completed investigations on 7 Jan 2021.

The second alleged murderer in the case, Ragil Putra Setia Sukmarahjana, 32, has yet to be found. He is believed to be overseas.

During the court session, no further details on the whereabouts of Ms Teo’s remains or investigations on Ragil were given.

Ms Felicia Teo, 19, was last seen by her parents leaving her Bras Basah home on 29 Jun 2007. She was later spotted on CCTV footage entering a lift at Block 19 Marine Terrace with two men.

ST reported that her mother lodged a missing persons police report on 3 Jul.

Ms Teo’s case garnered significant attention when her loved ones appealed for help. They did not believe the 19-year-old had run away.

Both men had claimed that Ms Teo left the Marine Terrace flat in the wee hours of 30 Jun 2007.

In that year, hundreds got involved in the search for Ms Teo, handing out thousands of fliers with her photograph. 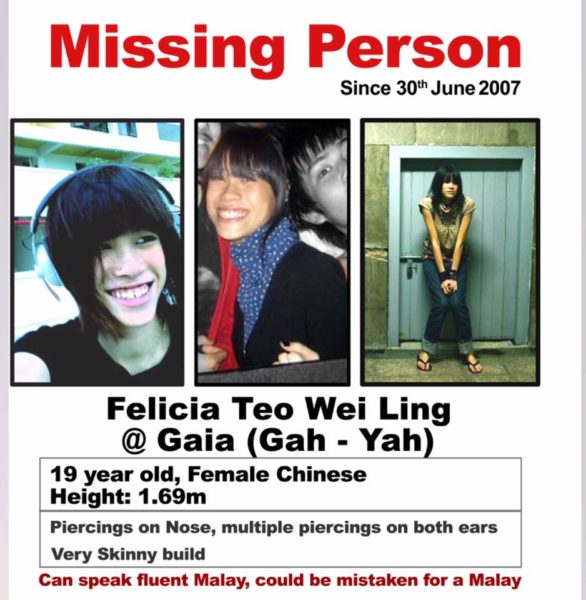 Unable to find any link between Ms Teo’s disappearance and the two men, police classified the incident as a missing persons case.

In 2020, Ms Teo’s case was transferred to the Criminal Investigation Department (CID).

The department had a breakthrough when they found belongings that were believed to be with Ms Teo at the time of her disappearance.

According to ST, Ahmad and Ragil were the last people seen with her before she was reported missing. They were then accused of her murder, which took place in a 10th-floor unit at Block 19 Marine Terrace. 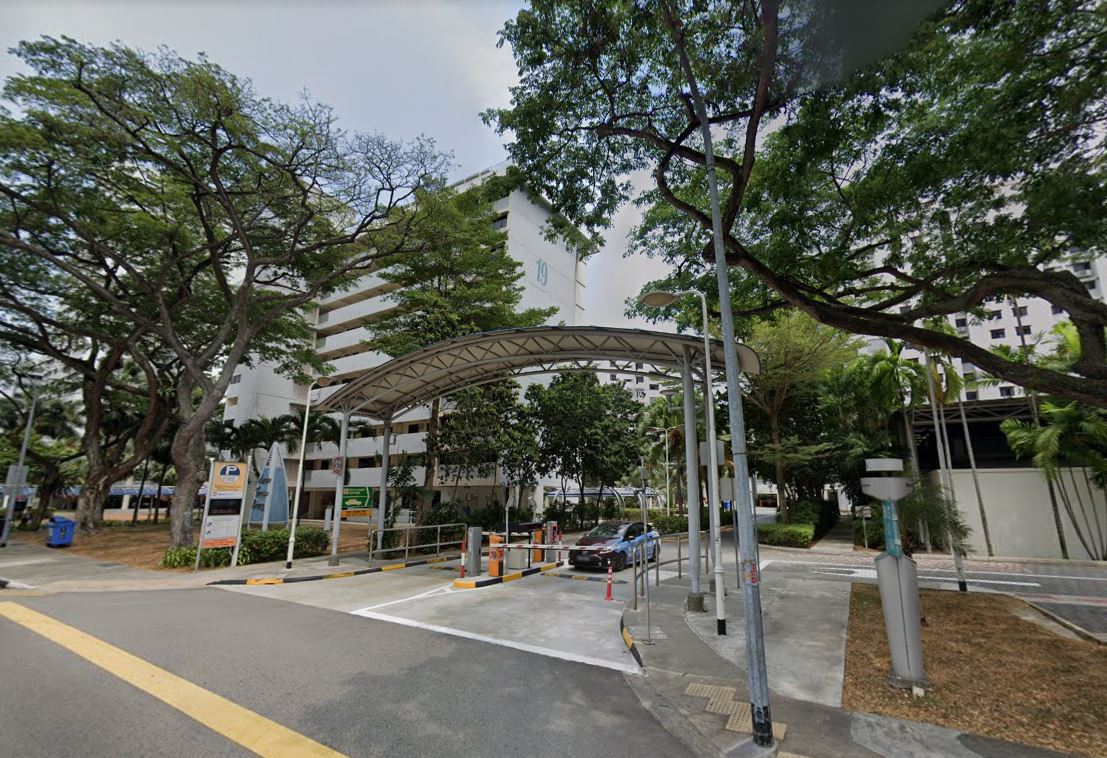 Ms Teo is believed to be friends with Ahmad and Ragil. All three studied at Lasalle College of the Arts.

If found guilty of the murder, the two men will face the death sentence.

Hope her loved ones eventually get closure

For a long time, Ms Teo’s case had become a cold case.

Now, thanks to the CID’s investigations, authorities are finally making headway.

Hopefully, the truth will come to light at the end of the day, and justice will prevail, granting closure to Ms Teo’s family and friends.

Featured image adapted from Crime Library Singapore on Facebook and by MS News.