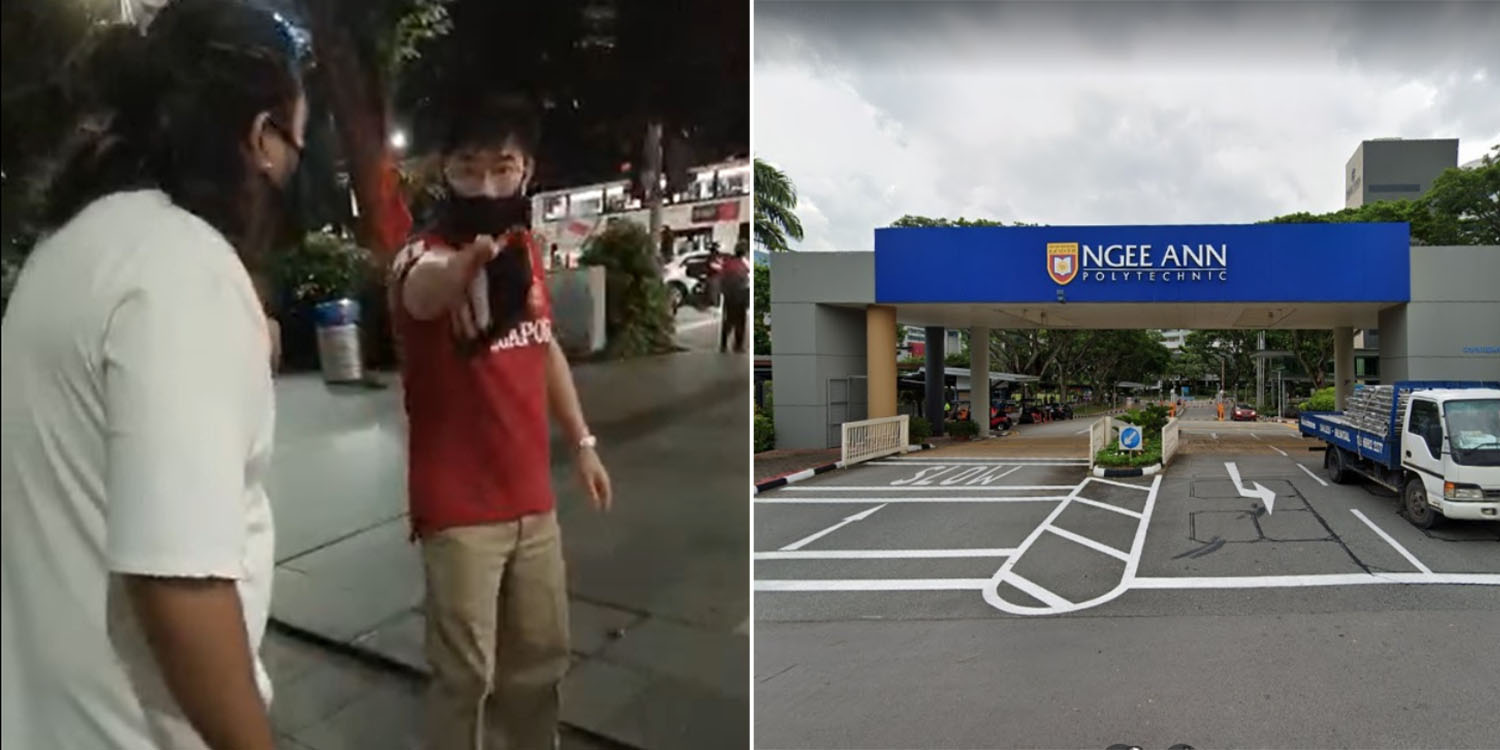 Following a viral clip where a lecturer from Ngee Ann Polytechnic (NP) was seen berating an interracial couple in public, the institution said it will terminate his employment.

Tan Boon Lee, who taught as a senior lecturer, was charged with a “serious breach” of NP’s Code of Conduct for staff, NP said on Thursday (17 Jun).

Previously, he was suspended while internal investigations were ongoing.

Tan was also involved in an incident in 2017 where he made remarks about Islam and the Quran in class.

In a statement reported by The Straits Times (ST), NP said that staff “are expected are expected to respect cultural, ethnic and religious differences in our society”.

This includes upholding secularity and impartiality at all times.

The action taken to terminate Mr Tan’s employment “reflects (NP’s) commitment to provide a safe, inclusive and respectful environment” for everyone on campus, it said.

In the 1st incident, Mr Tan had berated Mr Dave Parkash and his girlfriend, and said that it is “racist” for him to marry someone who’s not of his own race.

Following the virality of the incident, a student of his said that he’d made comments about the Quran and Islam in class in 2017.

This led to her and another student walking out of class.

According to ST, police investigations into these 2 incidents are ongoing.

Whether you’re on campus or not, a lecturer is expected to behave in accordance with not only the Code of Conduct but also respect all laws.

NP’s taken a stand in not tolerating Tan’s behaviour in both incidents.

We hope that he will reflect on what he has done, the pain it’s caused to his victims, and that he can renounce the views he previously held.