Although Singapore is an urbanised city, we do have our fair share of well-known haunted spots based on old tales.

One of them is Pasir Ris Park, which is rumoured to be a hotspot for paranormal activities.

On 6 Jun, a lady shared on Facebook that she went on a night run at the park and heard a voice calling her. 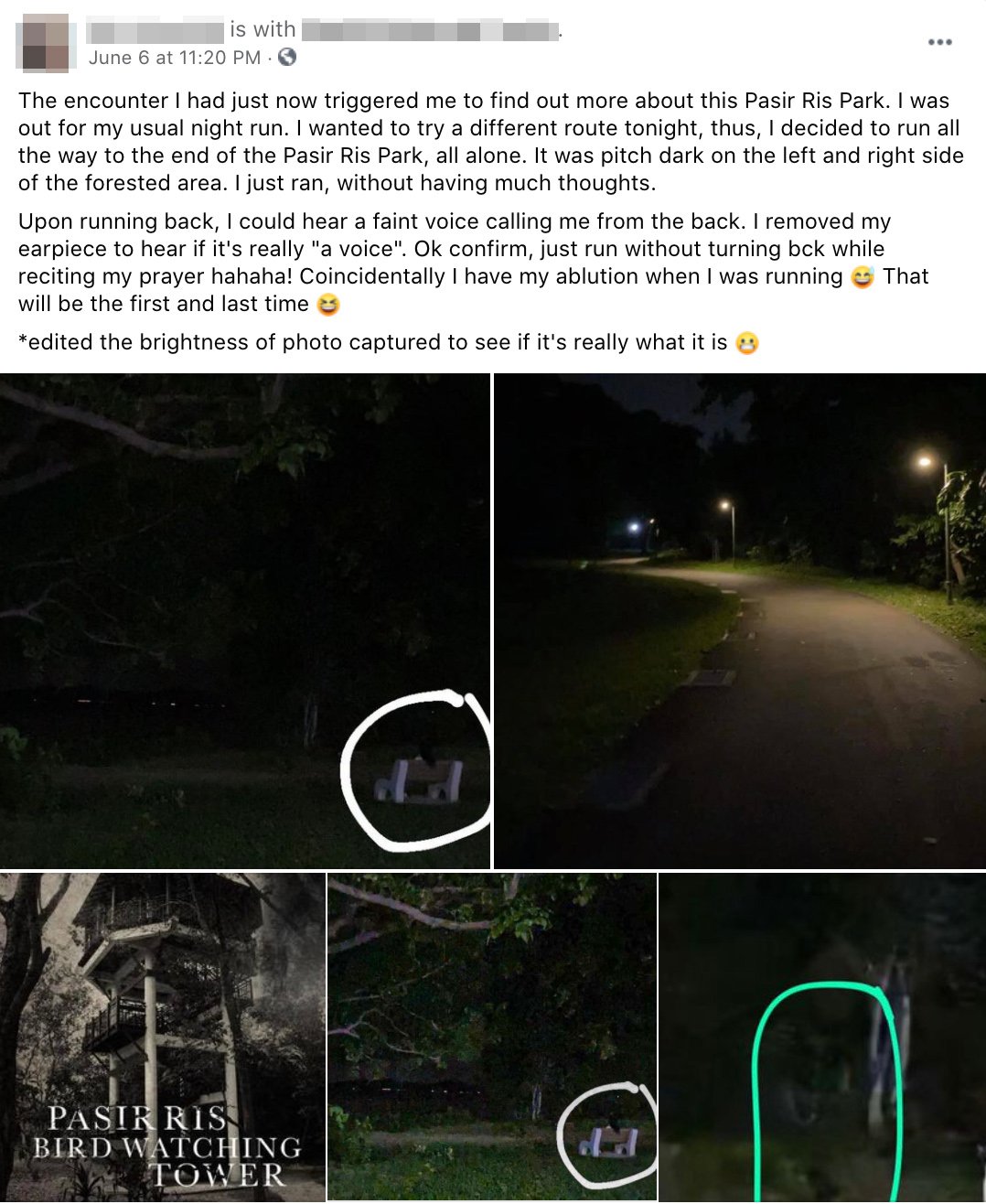 She even spotted an eerie white figure sitting on a bench in the dark.

On 6 Jun, a lady was out for her usual solo night run when she decided to try a different route, running towards the end of Pasir Ris Park.

Although the path was pitch black with forested areas on either side, she did not think much of it. 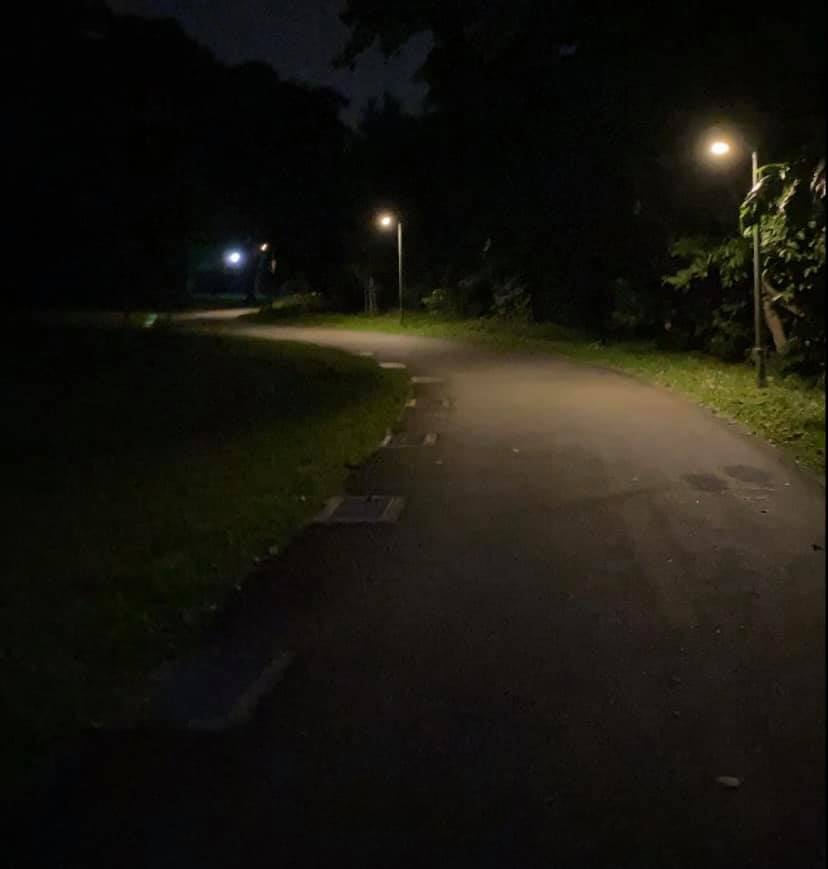 As she headed back, the lady, who was wearing her earpiece at the time, heard a faint voice calling her from behind.

She removed her earphones and her suspicions were confirmed when she still heard the voice.

Frightened, she recited a prayer as she headed home.

The plot thickens when somewhere along her run, she also spotted a figure sitting on a bench alone in the darkness as she was near the former Aloha Loyang area.

She snapped a photo of the figure. 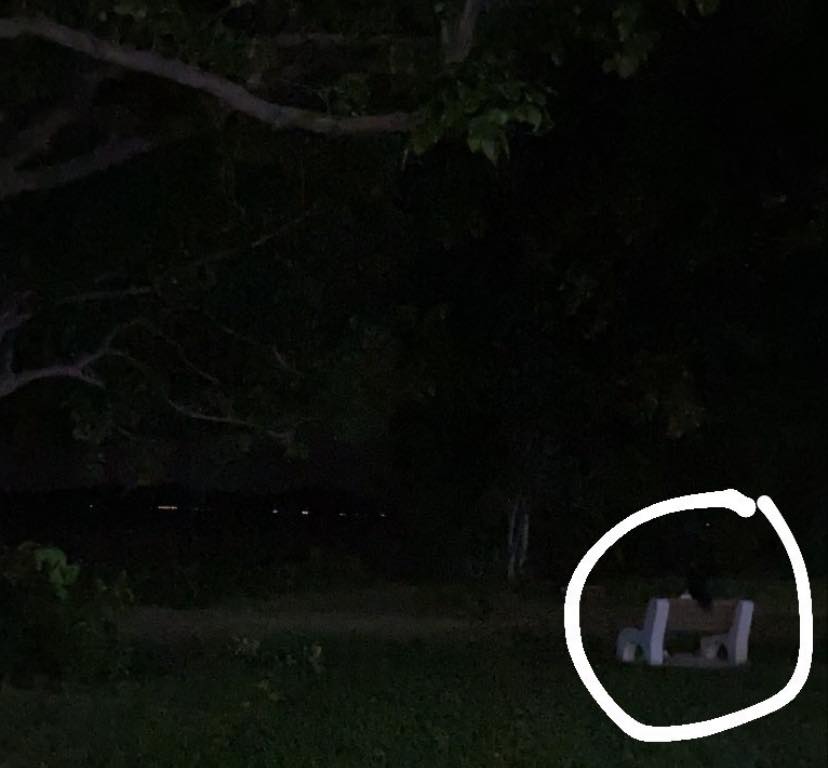 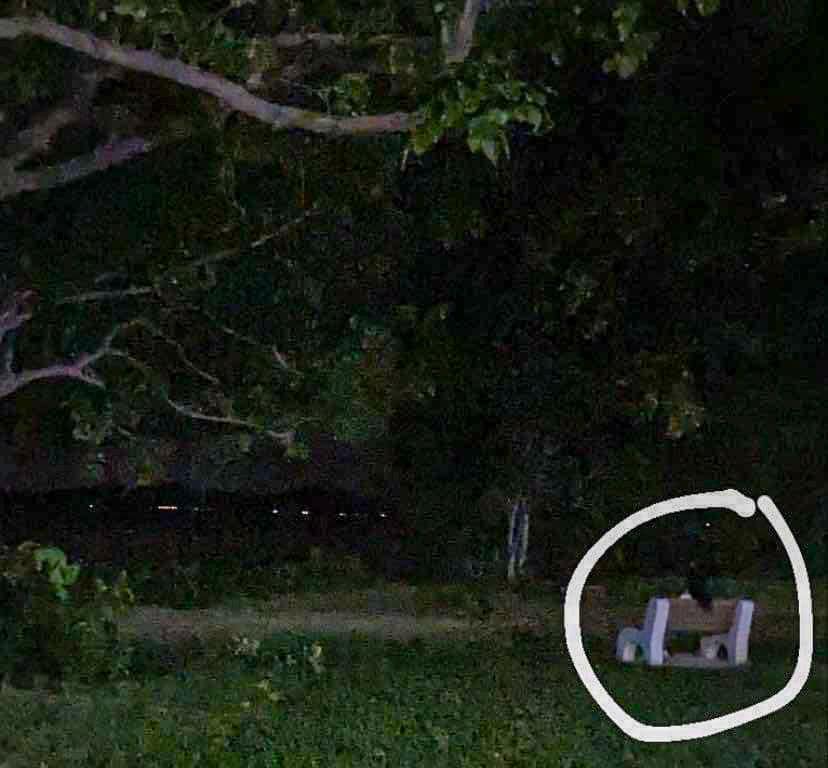 The figure appeared to be in white and have long black hair.

Some netizens also pointed out that the figure appeared to not have legs, though it could possibly be because her legs were crossed.

The lady also shared another close-up shot of the background, where a human silhouette could be made out. 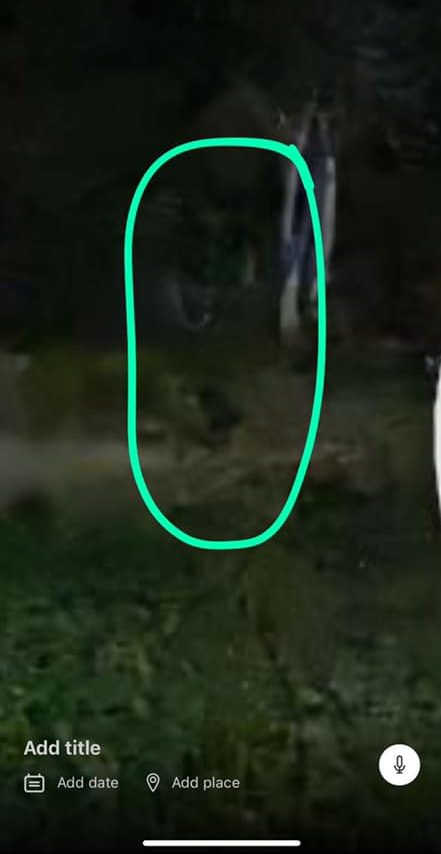 Some also mentioned that they could see a face in the picture.

Following her encounter, she found out that there are areas in Pasir Ris Park that are said to be haunted.

According to TimeOut, the park is reportedly famous for the iconic female ghost, the pontianak.

Legend has it that several pontianaks haunt the area, especially where the greenery is thick.

But since the OP just moved to Pasir Ris, she was initially unfamiliar with the area.

She laughingly said that after this encounter, it will be her first and last time heading there at night.

Avoid going to parks alone at night for safety

Singapore has quite a few locations with a grisly past where people have experienced or seen strange things.

While thrill-seekers might actively seek these places out, for many of us, we might want to steer clear of these places, especially late at night.

So if you ever find yourself at Pasir Ris Park at night and smell a strong floral aroma or hear sounds of female laughter, you might want to get out of there.