Many of us turn to Night Safari for an exciting time of adventure, especially amid travel restrictions.

But when it’s dark, people apparently see things. Given that they’re in a zoo, they assume that the sightings must be new animals they’re not aware of.

But are they really?

We’re not scared, you are.

In his video which was shared on Facebook, the scenario starts with Affann impersonating one of the visitors at the attraction. They curiously inquire,

Hey, y’all have a new animal that can fly??

Logically, you’d think it’s probably a bird of sort, as did the staff at Night Safari, who answered with “yes” and almost went on to explain, before realising something amiss.

The visitor goes on to explain that it’s white in colour, and flying. The thing is, Night Safari doesn’t really specialise in birds, which are seldom nocturnal.

That was when Affann had an “oh shit” moment. Probably because he realised ‘white’ and ‘flying’ are 2 words that shouldn’t be used in the same sentence to describe a new animal, but something else.

And the description keeps getting more specific. The visitor said the sighted object apparently smelled really good, too. Think of wild animals that fit that description. 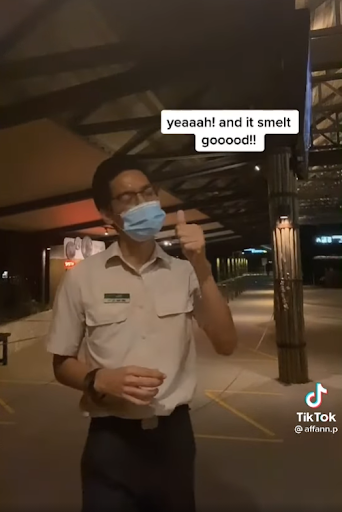 It probably wasn’t a new animal

That’s probably when it dawned on Affann that no, what the guest saw was confirm plus chop not a new animal.

He then contemplates on how to let them know that they’ve probably seen something they shouldn’t have. 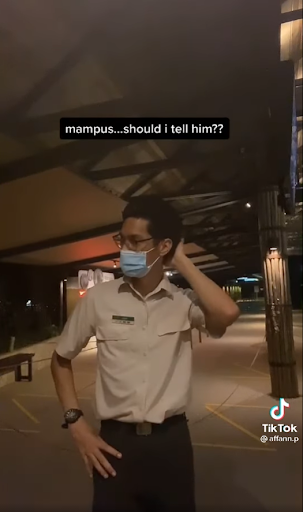 For those who still cannot wrap their head around the references, you’re not alone.

One netizen has aptly pointed to “Pontianak” – a vampiric, ferocious female ghost in Malay – who fits all 3 descriptions perfectly.

Affann’s worries are reasonable, take a look at Pontianak and you’d see – it’s probably not what the visitor would want to hear.

Thanks Affann for the entertaining video, giving us more insights to what’s it like working at an exciting attraction like Night Safari.

Meanwhile, we do hope that he was joking, or that the guest was.

But oh well, maybe there are supernatural beings lurking in the dark all along. We just don’t usually bump into each other.