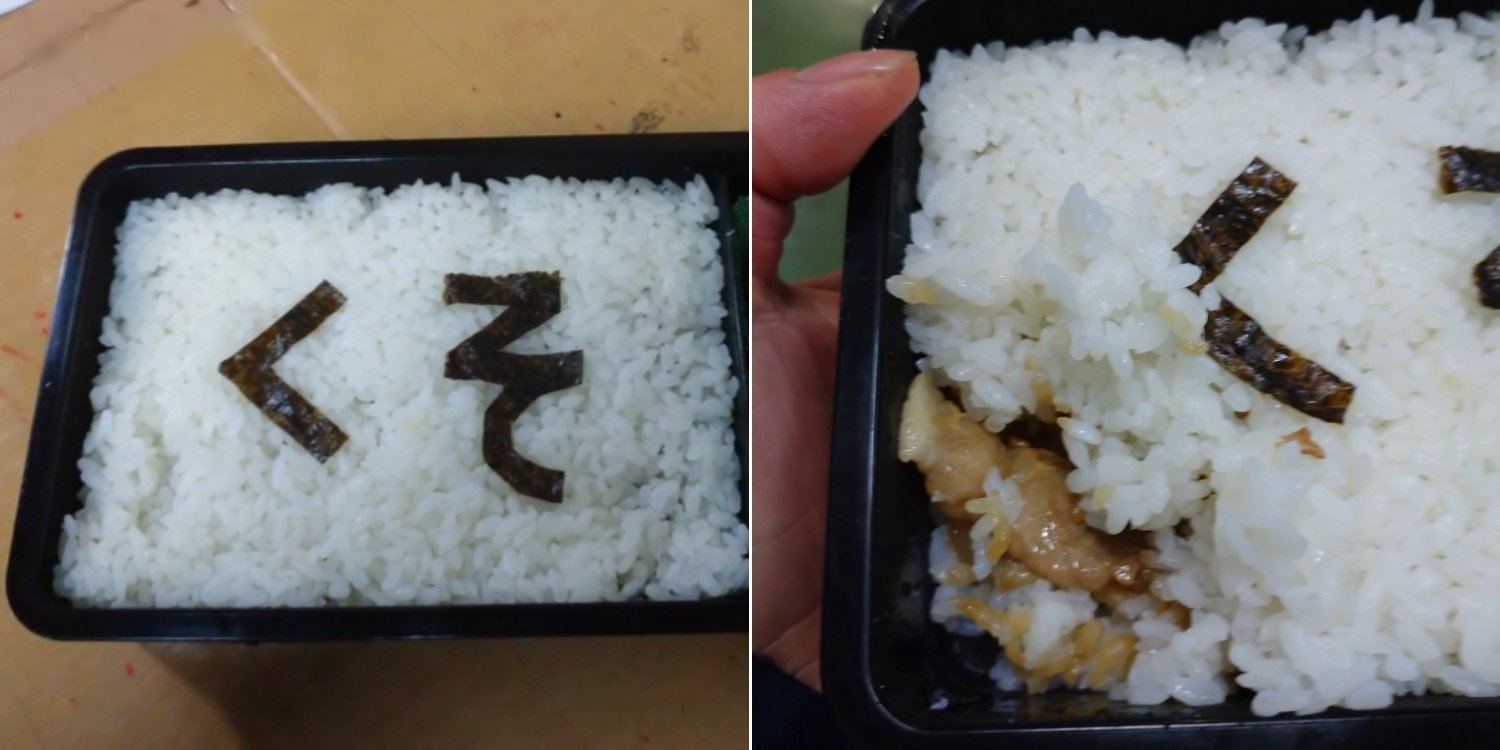 Man Gets Plain Rice Bento After Arguing With Wife, Hidden Meat Shows She Still Loves Him

Every couple gets into arguments from time to time, and as anger clouds our heads, some of our actions can at times be regrettable.

A Japanese man’s wife seemingly took this to another level by serving him what appears to be a bento lunch with nothing but plain rice and pickled greens. Turns out, the meat was actually hidden underneath the rice, showing us that while couples may appear angry post-quarrel, they still harbour love and concern for their partners in their hearts.

On Wednesday (2 Dec), the Japanese man posted a tweet with an image of a bento set comprising a bed of plain rice and pickles on the side.

His caption roughly translates to: “I had a fight with my wife yesterday. This was the lunch box.” 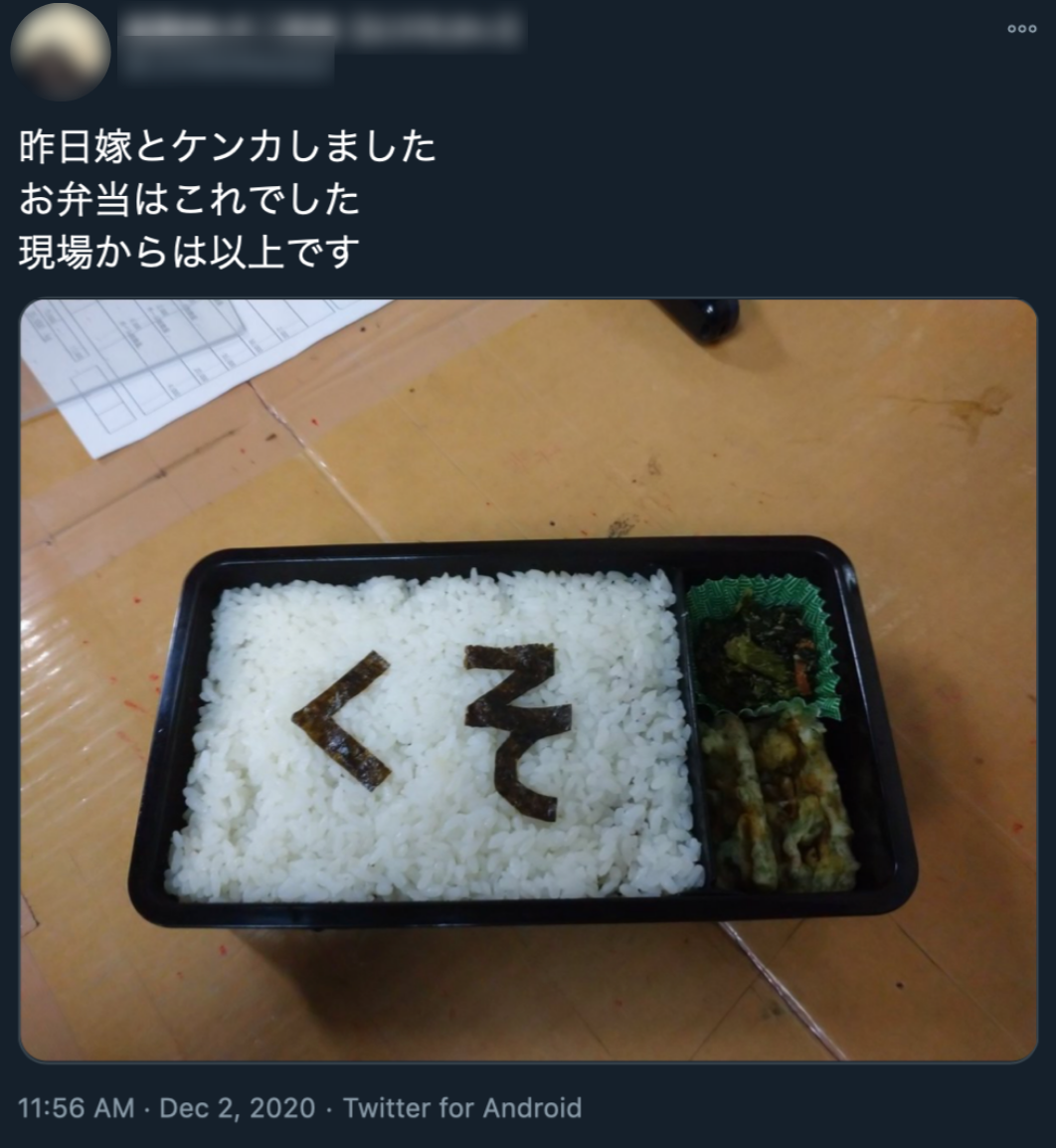 He must have understandably thought that his significant other was dishing out punishment for arguing with her.

Meat was actually hidden underneath

In a heartwarming twist, the man later shared that his wife had hidden the meat underneath the huge layer of rice. 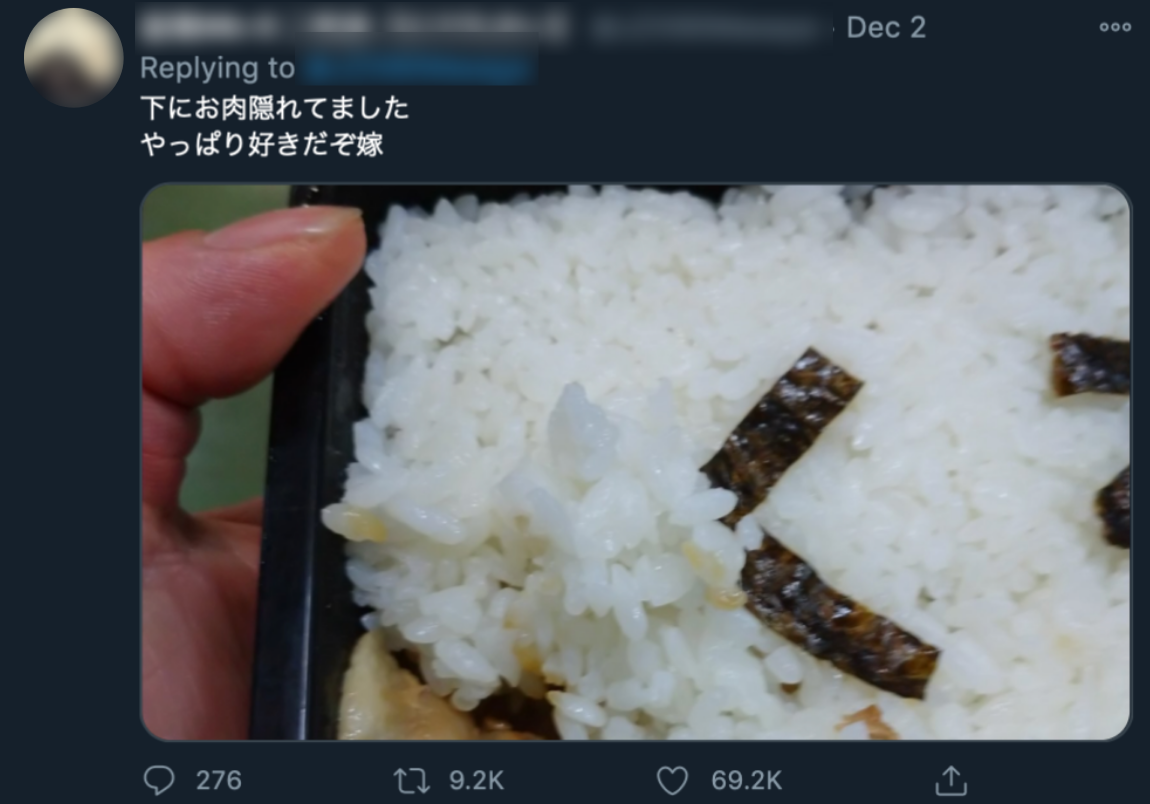 In the tweet, he shared that there’s actually meat underneath after all and that he loves his wife. 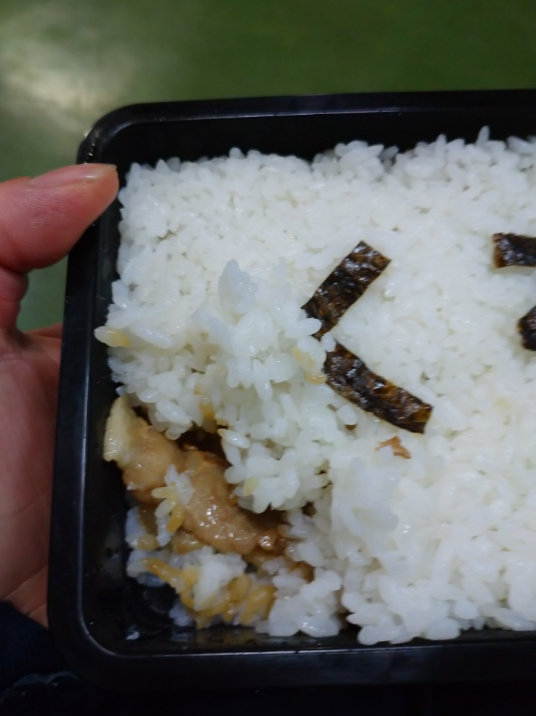 The next day, the wife’s anger seems to have simmered even more, as she prepared an even more extravagant bento set for her husband’s lunch.

This time, there’s even an omelette and ketchup on top of the rice. 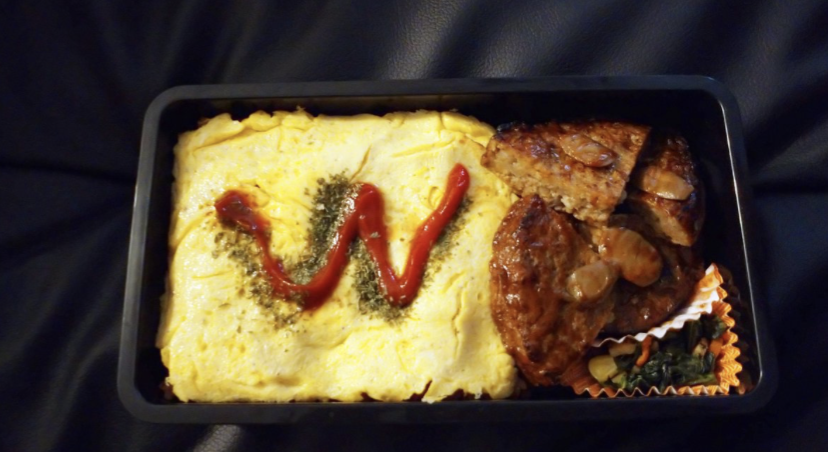 While it is not uncommon to fall out with a significant other once in a while, the most important thing is to make up and forgive.

Well, for this man’s case, his wife clearly knew that the key to his heart is through his stomach and chose to show her forgiveness through a well thought-out meal.